Colorado’s job growth continued in the third quarter 2022, propelled by growth in labor force participation and elevated demand for workers, according to a new report released Tuesday by CU Boulder and Colorado Secretary of State Jena Griswold.

The Quarterly Business and Economic Indicators report is prepared by the Leeds Business Research Division (BRD) at CU Boulder in conjunction with the Colorado Secretary of State’s Office. The latest report for the third quarter 2022 shows that Colorado recorded 43,657 new entity filings, increasing year-over-year by 14.5% and 10.6% quarter-over-quarter—a notable deviation from past years where filings typically seasonally decrease from Q2 to Q3. 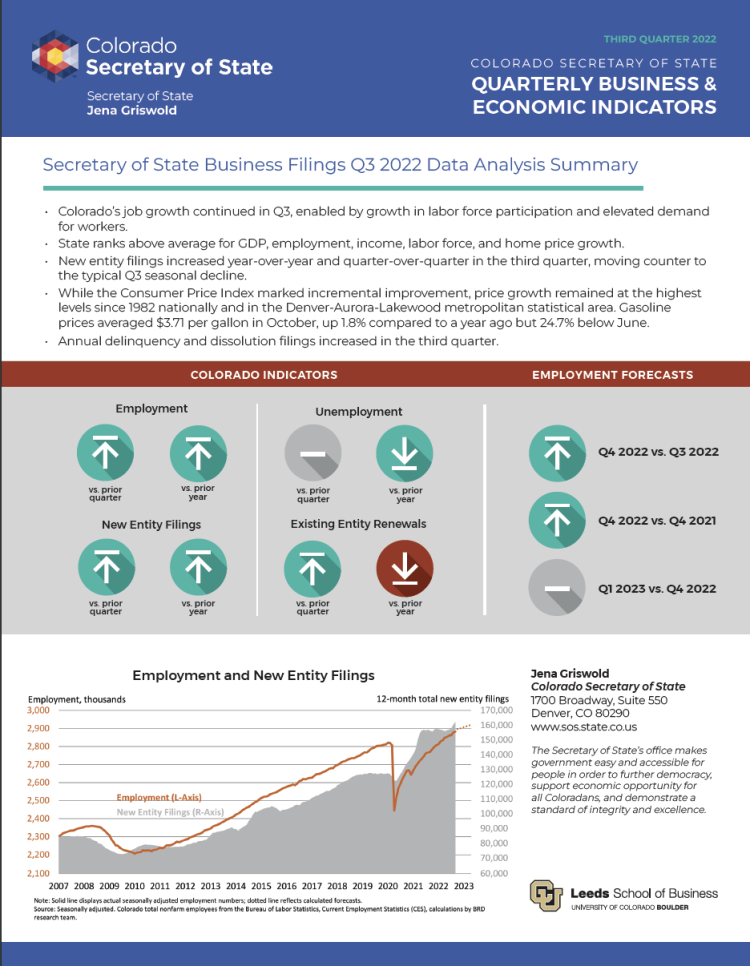 Click the image to read the Colorado Secretary of State Quarterly Business and Economic Indicators report for the third quarter, 2022.

“Today’s Quarterly Economic Indicators Report has much to celebrate,” said Secretary Griswold. “With the state’s GDP, employment, income, and labor force all ranking above the national average, we must ensure Colorado’s working families and business community thrive.”

Colorado’s September 2022 employment increased 4.1% year-over-year (113,000), 16th-best in the nation. The largest annual increases were in leisure hospitality, professional and business services and other services. Nationally, lower-income jobs with wages below $50,000 had more openings in September, with 3.5 million job openings.

In terms of wage growth, lower-paying industries experiences the largest gain. Q1 2022 (most current data available), industries with an average annual wage of less than $50,000 recorded the largest annual growth (12.2%).

Nationally, lower-income jobs with wages below $50,000 had more openings in September, with 3.5 million job openings.

Inflation remains a concern for business leaders, though price growth did improve modestly in September. The Consumer Price Index in the Denver-Aurora-Lakewood region increased 7.7% year-over-year in September 2022, compared to 8.2% growth in the nation.

You can find monthly information on key economic statistics and trends that impact the state on the Colorado Business and Economic Indicator Dashboard, launched by the Colorado Secretary of State's office in conjunction with BRD. 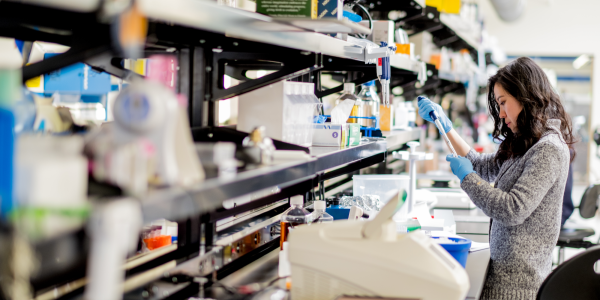 Commercialization activities led by Venture Partners at CU Boulder had an economic impact of $8 billion nationally and $5.2 billion in the state of Colorado over the last five years—a four-fold increase since 2019—according to a new report from the Leeds School of Business. END_OF_DOCUMENT_TOKEN_TO_BE_REPLACED 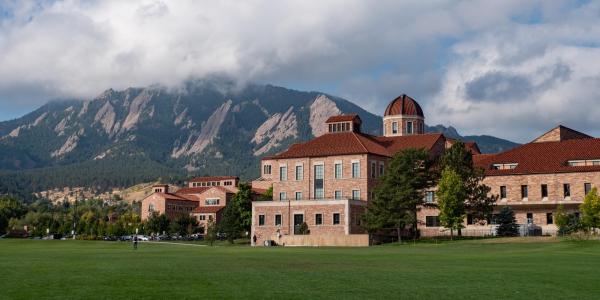 Reaping the rewards of Leeds’ focus on inclusion

When it comes to its vision for increasing diversity in the real estate industry, the Leeds School of Business isn’t content to be a casual observer—reserving 50 seats in its inaugural commercial real estate certificate for graduates of a diversity program. END_OF_DOCUMENT_TOKEN_TO_BE_REPLACED
Return to the top of the page