CU Boulder is proud of our students, faculty and staff who have served our country and continue to serve our campus community in so many ways.”
–Chancellor Philip DiStefano

CU Boulder will honor the nation's veterans, including CU Boulder's own student, staff and faculty veterans, with a Veterans Day ceremony at 11 a.m. on Friday, Nov. 11, in the University Memorial Center's Glenn Miller Ballroom.

The UMC event will feature Lt. Gen. Mark Schwartz, U.S. Army (Ret.), the CU Boulder Joint ROTC Color Guard and a performance by the CU Buffoons. The ceremony will be followed by a reception.

At 1:30 p.m., there will be a rededication ceremony for the Japanese Language School plaque in Baker Hall. The school operated in Baker Hall from 1942 to 1946 and was one of several World War II-era training centers set up across the country by the U.S. Navy.

“CU Boulder is proud of our students, faculty and staff who have served our country and continue to serve our campus community in so many ways,” said Chancellor Philip DiStefano. “Their selflessness, dedication and valor are worthy of recognition, and we are grateful for all our veterans who have chosen to share these admirable qualities with the CU Boulder campus.” 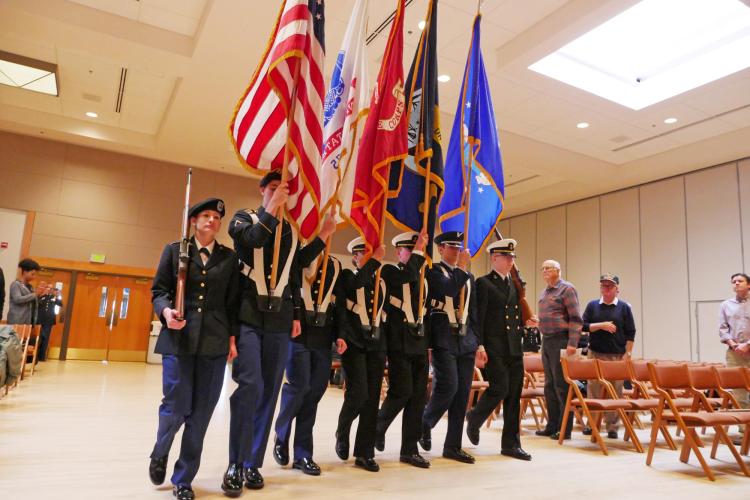 The Joint ROTC Color Guard presents during the 2018 Veterans Day Ceremony in the UMC. Photo by Casey A. Cass/CU Boulder.

In 1947, Colorado Gov. Lee Knous proclaimed the planned University of Colorado student union a memorial to “those who served in these great wars.” And so it was named “University Memorial Center” in tribute to all Colorado veterans. And at the 2013 Veterans Day Ceremony, the UMC was rededicated as Colorado’s official veterans’ memorial.

The second-floor Veterans Lounge was expanded in 2015 and now displays dedication plaques memorializing the Colorado veterans and University of Colorado students who died in WWI, WWII, Vietnam, the conflict in Korea, the Persian/Gulf Wars, the conflict in Iraq and the conflict in Afghanistan. The UMC continues to work with CU's Office of Veteran and Military Affairs to honor the memory of Coloradans involved in conflicts.

The lounge also features an exhibit with many original artifacts from the USS Colorado, the third ship of the U.S. Navy named in honor of the 38th state. Among the artifacts are the ship’s bell and stern pilot wheel, a waterline one-meter scale model and the ship's 48-star “Sunday Flag.” 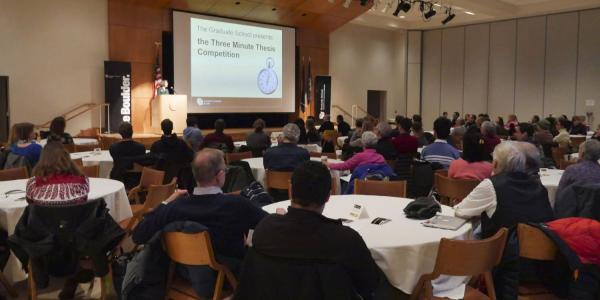 Join this annual event to see graduate students distill their nine-hour theses down to three minutes each. The eleven competitors will be judged by a panel, including University of Colorado President Todd Saliman. END_OF_DOCUMENT_TOKEN_TO_BE_REPLACED 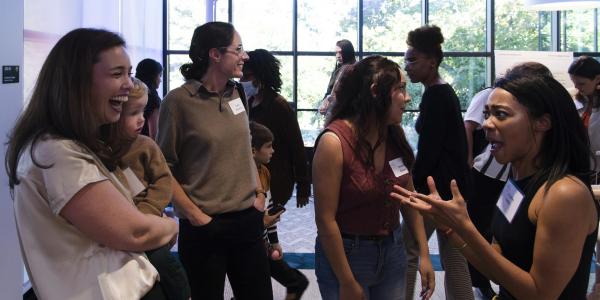 Join in mindful community to reset, care for your mind and body, learn accessible techniques to promote wellness and just be. Offered by the Renée Crown Wellness Institute, cohorts are available for students, graduate students, international students and CU Boulder staff. END_OF_DOCUMENT_TOKEN_TO_BE_REPLACED 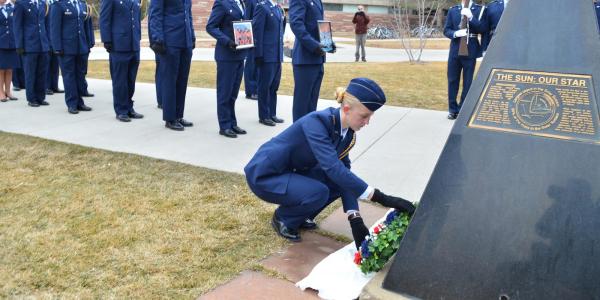 On Saturday, Jan. 28, CU Boulder's Air Force ROTC Detachment will perform a memorial ceremony for the crew members of the Columbia and Challenger space shuttles. The ceremony will begin at 9:38 a.m. END_OF_DOCUMENT_TOKEN_TO_BE_REPLACED
Return to the top of the page