The UMC and The Connection will have limited hours Jan. 3-23.

oin the UMC and Veteran and Military Affairs to celebrate Veterans Day!

Ceremony followed by a reception in the Veterans Memorial Lounge

CU honors our veterans and service men and women 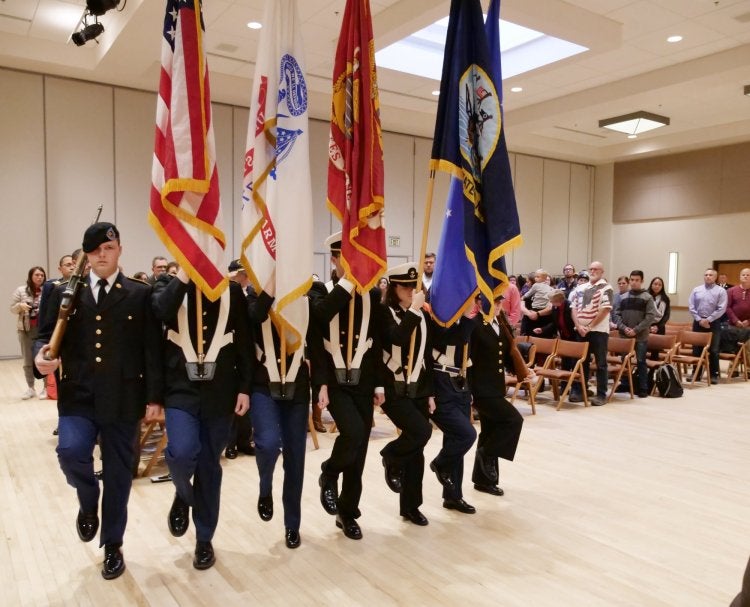 The University Memorial Center is Colorado’s “... living memorial honoring the service and sacrifice of Colorado veterans.” – from UMC Mission Statement, 2013

In 1947, Colorado Governor Lee Knous proclaimed the planned University of Colorado student union a memorial to “those who served in these great wars.”

And so the CU student center was named “University Memorial Center” (UMC) in tribute to all Colorado veterans, men and women, who have served or are currently serving our country. A Veterans Lounge, located on the second floor of the UMC next to the Reception Desk, displays dedication plaques memorializing these Colorado veterans who died in WWI, WWII, Vietnam, the conflict in Korea, the Persian/Gulf Wars, the conflict in Iraq and the conflict in Afghanistan. There is also a plaque recognizing CU’s involvement in the U.S. Japanese/Oriental Language School. The UMC continues to work with CU’s Department of Veterans Affairs to honor the memory of Coloradoans involved in current conflicts.

Listen to the story behind the University Memorial Center, from Radio 1190

About the USS Colorado 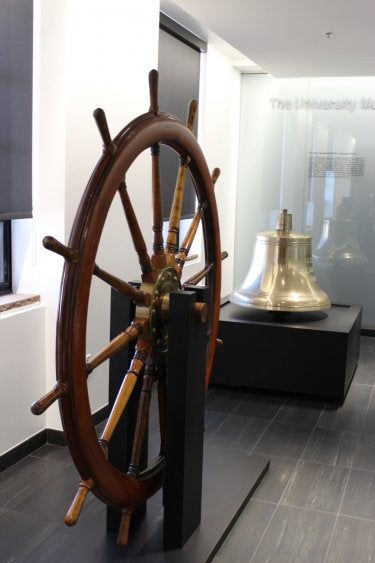 The USS Colorado (BB-45) was undergoing overhaul at the Puget Sound Navy Yard when Japan’s attack on Pearl Harbor opened the Pacific War. She was stationed on the U.S. West Coast during March – August 1942, then steamed west to Pearl Harbor.

From November 1942 to September 1943, she was one of the older battleships deployed to the South Pacific to guard against possible Japanese offensive actions in that area. In November 1943, Colorado took part in the Tarawa invasion. She supported the landings at Kwajalein and Eniwetok in January and February 1944 and the Marianas operation in June and July.

On July 24, 1944, while bombarding Tinian, she was hit by enemy shore batteries, suffering serious casualties among exposed personnel topside.

Colorado’s next combat duty was off Leyte in November 1944, where she was hit by two “Kamikaze” suicide planes late in the month. Remaining in the combat zone, she supported the Mindoro invasion in December and the Lingayen Gulf landings in January. During March, April and May 1945, Colorado’s 16-inch guns bombarded Okinawa in support of U.S. troops ashore. In August and September 1945, she covered the occupation of Japan, then departed for the United States. In total, 93 men lost their lives aboard the USS Colorado during WWII.

Following transport service in late 1945, she was inactivated. USS Colorado was decommissioned in January 1947.