Students reported lower rates of nearly all forms of sexual misconduct than on the campus’s last survey, according to the newly released 2021 Campus Sexual Misconduct Survey results. The recently announced CU Boulder Sexual Misconduct Task Force will use the results to make innovative progress on campus prevention efforts.

For those who indicated they experienced sexual assault, the survey also asked questions about the semester, week and year when incidents occurred, where they occurred, the characteristics of the perpetrator, whether the survey participant officially reported incidents, as well as personal consequences they experienced as a result of incidents.

More than 10,000 students responded to the survey, which is a follow-up to the campus’s 2015 sexual misconduct survey.

The CU Boulder Sexual Misconduct Task Force, led by the Office of Institutional Equity and Complaince (OIEC) and Office of Victim Assistance (OVA), will use the results to expand the reach of existing campus sexual misconduct prevention and education efforts.

“The data provide a roadmap to when, where and how sexual misconduct incidents are most often happening in our campus community,” said Llen Pomeroy, associate vice chancellor of OIEC and Title IX coordinator. “We will use the data to continue to drive actions for reducing risk factors in campus life.”

OIEC and OVA will present the results of the survey and answer questions at the campus sexual misconduct town hall from 4 to 5:30 p.m. on Sept. 26 in UMC 235.

The survey found all forms of sexual misconduct decreased from 2015 to 2021, except for stalking, which remained about the same.

“There are a number of possible factors at play in these results,” said Julie Volckens, director of assessment in OIEC. “We know from outside research that at the peak of the pandemic, college students were more likely to be living at home with family or guardians and had fewer opportunities to socialize in person with other students.”

It is also possible, Volckens said, that social movements like #MeToo and #TimesUp may be playing a role in reducing sexual misconduct rates.

CU Boulder relies on evidence-based strategies to reduce prevalence of sexual misconduct in the campus community, including mandatory sexual misconduct training, effective bystander training and consent education. The survey did not directly evaluate the impact of those programs.

“While lower rates of sexual misconduct are always the goal, we want to be clear that this report shows that our students are still experiencing sexual misconduct, and that is something we must continue to address,” said Pomeroy.

Most survey participants who indicated experiencing sexual assault said the incident occurred during the fall semester. The time of greatest risk is during a student’s first semester, and for most students, that is in the fall.

Geography of assault incidents varied, including residences on and off campus, as well as locations outside of Colorado. Most survey participants indicated assaults took place off campus. For undergraduate women, the most common locations were a Greek chapter house at 30% followed by someone else’s off-campus house at 22%.

For many years, OIEC has collaborated with the Greek community on dedicated prevention and education sessions, work that will continue more consistently with these new results.

Although the rates for sexual assault overall were lower in 2021, some of the categories of assaultive behaviors increased. Rates of being made to perform sexual acts increased for all groups as compared to 2015. In addition, all groups indicated an increase in rates of perpetrators using incapacitation, physical threats or intimidation and force, a trend OIEC plans to pay particular attention to through the work of the task force.

The number of participants who indicated they reported an assault increased from 2015 to 2021, as did the number of people who utilized OVA, Counseling and Psychiatric Services (CAPS) or an off-campus resource. Though the survey data shows sexual misconduct is still significantly underreported.

“We also found underreporting through our survey in 2015, which was consistent with national data, and those results allowed us to focus on increasing awareness of support services and reporting options for our campus community, like creating the Don’t Ignore It website and campaign and engaging in other outreach,” said Teresa Wroe, assistant vice chancellor of prevention education and deputy Title IX coordinator. “We anticipate implementing more actions across campus with the new data through the task force.”

There are several offices that may be involved when the university does receive a report of sexual misconduct, including the OIEC, the OVA and CU Boulder Police Department (CUPD).

If a victim or survivor chooses to report sexual misconduct, whether or not they choose to report to law enforcement, OIEC will conduct an initial inquiry, which includes working to provide support and safety measures, such as changes to academic, living, transportation and working situations. OIEC will also provide information on all university resolution options including the right to participate in a formal investigation process under the university’s sexual misconduct, intimate partner violence and stalking policy. Student sexual misconduct cases are separate from the criminal process. Reports can be made to CUPD at any time, though investigators recommend reporting as soon as you are comfortable doing so.

The university cannot discuss specific incidents due to privacy laws.

Regardless if a victim chooses to report to law enforcement or OIEC, there are confidential and free services through OVA. CU Boulder has a confidential place for members of the campus community to receive trauma-focused counseling and advocacy services, which can include information on rights and options. If someone does choose to pursue reporting processes, OVA can help people engage with OIEC, police, medical or other related systems.

The survey reinforced the importance of support resources, as a high percentage of people who experienced sexual assaults said it impacted their mental health, intimate relationships and social relationships. 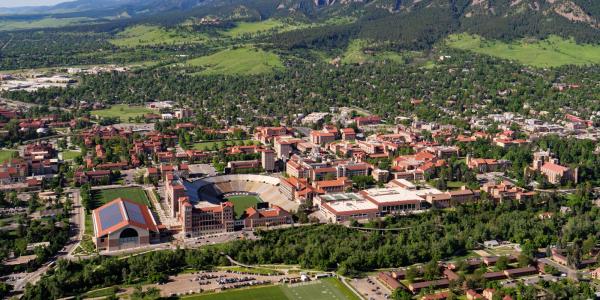 Campus experts answered questions and broke down the results of the latest campuswide Sexual Misconduct Survey at a town hall earlier this week. Read an overview. END_OF_DOCUMENT_TOKEN_TO_BE_REPLACED 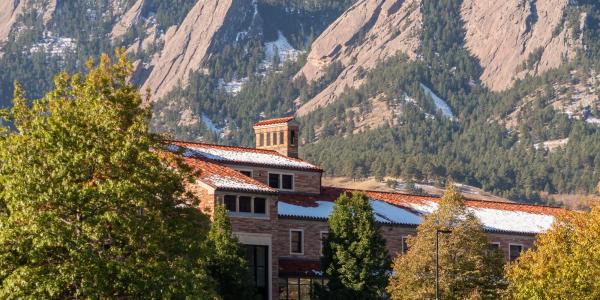 Students, faculty and staff who are interested in receiving the COVID-19 vaccine through CU Boulder can now sign up using the new form. Read more in a March 2 message from Provost Russell Moore and Chief Operating Officer Patrick O'Rourke. END_OF_DOCUMENT_TOKEN_TO_BE_REPLACED 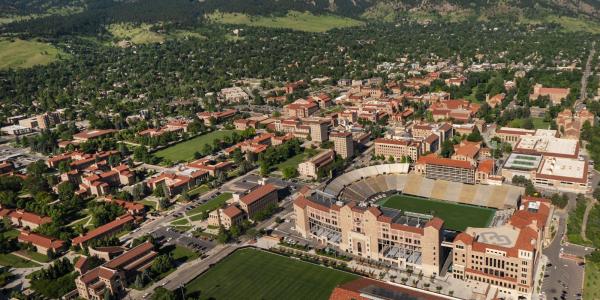 From the provost and the chief operating officer: State update to vaccine eligibility and distribution

On Feb. 26, Colorado Governor Jared Polis announced changes to the COVID-19 vaccine distribution, adding student-facing higher education faculty and staff to an upcoming phase of eligibility. END_OF_DOCUMENT_TOKEN_TO_BE_REPLACED
Return to the top of the page