NASA’s second in charge visited CU Boulder Thursday to talk about everything from building a more inclusive workforce to the challenges of sending humans far into the solar system.

Pam Melroy is one of only two women to command a space shuttle. During her illustrious space career, she logged more than 38 days—924 hours—in space on missions related to the assembly of the International Space Station.

As deputy administrator of NASA, Melroy is working to merge her experience in flight with demands on the ground, including: workforce development; forging even more collaborative and interdisciplinary relationships with university partners; advancing human space exploration; handling space debris; and better defining the role of the civil servant of tomorrow. “I consider CU Boulder one of the crown jewels of the United States,” said Melroy who has mentored some CU Boulder students through the Brooke Owens Fellowship.

CU Boulder is a key player in the regional and international aerospace ecosystem. The university receives more NASA funding than any other public university. And Colorado is the largest space economy per capita in the country. The state is home to more than 500 space-related companies and suppliers, including several of the nation’s top aerospace companies.

Brian Argrow, chair of the Smead Department of Aerospace Engineering Sciences, invited Melroy to campus following their service on the National Academies Aeronautics and Space Engineering Board.

On Thursday, she met with campus leaders including: Waleed Abdalati, director of the Cooperative Institute for Research in Environmental Sciences (CIRES) and former NASA chief scientist; Iain Boyd, director of the NASA ACCESS Space Technology Research Institute and the Center for National Security Initiatives; and Dan Baker, director of the Laboratory for Atmospheric and Space Physics (LASP).

Melroy indicated that entities like CIRES would certainly have a role in the development of the nascent Earth Information Center, which NASA announced on Earth Day as an effort to bring together NASA’s Earth-related data from space along with data from interagency and international partners into one place to make it more accessible. Administrator Bill Nelson said that the mission control initiative would launch in a few years and focus on NASA's state-of-the-art climate-monitoring system.

Baker touched on the importance of diversifying the space workforce, and said his team learned a lot from its work as a key partner on the Emirates Mars Mission (EMM), the first mission to Mars led by an Arab nation.

“We said to ourselves: If we can do this with a group of people halfway around the world who spoke a different language, why can’t we do it with people in our own society who aspire to become part of the NASA program?” Baker said.

Melroy ended her campus visit with a tour of the aerospace building, but that wasn’t the only CU connection of the day.

Many leaders in Colorado’s aerospace community are CU Boulder alumni, including the leadership team at the Westminster-based Advanced Space. Melroy visited the company earlier with U.S. representatives Ed Perlmutter and Jerry McNerney, and others.

Advanced Space will launch a technology demonstration under the Artemis program—the Cislunar Autonomous Positioning System Technology Operations and NavigationExperiment (CAPSTONE). Scheduled for launch this spring, NASA’s CAPSTONE mission will send a microwave oven-sized CubeSat weighing just 55 pounds to test how NASA’s planned Gateway spacecraft will orbit the moon with astronauts in the future.

CU Boulder is also playing a role in a series of missions that will visit the moon over the next few years. An instrument called the Radio wave Observations at the Lunar Surface of the photoElectron Sheath (ROLSES) will land on the moon later this year. It will be followed by the Lunar Compact Infrared Imaging System (L-CIRiS), which will use infrared technology to help map the moon’s surface in never-before-seen detail.

The payloads will be some of the first ever delivered to the lunar surface by private companies. NASA’s Commercial Lunar Payload Services initiative helped spur the efforts of industry to begin these delivery services, with NASA and academia just some of many potential customers.

Melroy has spent her share of time working in private industry as well.

After serving more than two decades in the Air Force and as an astronaut, she took on a number of leadership roles, including at Lockheed Martin, the Federal Aviation Administration, the Defense Advanced Research Projects Agency, Nova Systems Pty, Australia, and as an advisor to the Australian Space Agency. She also served as an independent consultant and a member of the National Space Council’s Users Advisory Group.

“One of our greatest strengths is the ecosystem we have here,” Abalati said. 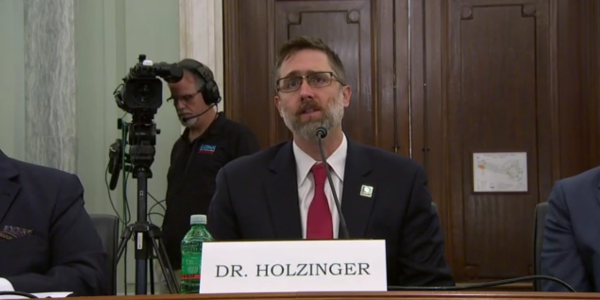 Marcus Holzinger speaks to U.S. Senate on commercial use of space

CU Boulder geologist Lisa Mayhew serves on the science team for NASA’s Perseverance rover, an intrepid machine that has crossed over nearly 8 miles of the surface of Mars—and is helping to recreate the forces that shaped this planet into what it looks like today. END_OF_DOCUMENT_TOKEN_TO_BE_REPLACED 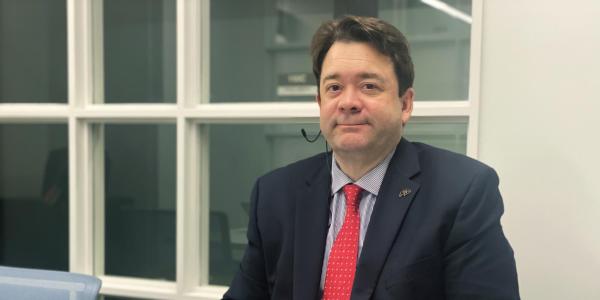 Dean Robert McDonald, an innovator in online education, testified Sept. 22 on a new model of online learning that is bringing opportunities to a broader range of students. END_OF_DOCUMENT_TOKEN_TO_BE_REPLACED
Return to the top of the page