Millions are turning to TikTok for the latest on Ukraine, but can the platform be trusted?

Millions are turning to TikTok for the latest on Ukraine, but can the platform be trusted?

As the crisis in Ukraine continues, millions are turning to TikTok for information on what’s happening on the ground. TikTok users in Ukraine regularly post videos to the social media platform, offering first-hand accounts of the Russian invasion. The platform has become a primary outlet for spreading information, causing some to refer to the conflict as TikTok's first war. And that has some worried about the spread of misinformation.

An investigation by VICE News revealed a coordinated campaign by Russia to pay TikTok influencers to push pro-Kremlin narratives about the war.  And the Biden Administration reportedly briefed the platform’s creators on national security earlier this week, prompting Saturday Night Live to create a sketch on what a White House meeting with TikTok influencers might actually look like.

Casey Fiesler is an assistant professor of information science in the College of Media, Communication and Information. Fiesler, who studies technology ethics, internet law and policy and online communities, spoke about the role TikTok is playing in the Ukraine crisis. 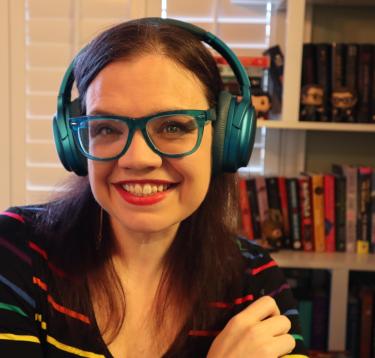 Why are young people staying informed on the Ukraine war through TikTok? What does it offer that traditional news outlets don’t?

Pew surveys in 2021 revealed that 86% of Americans consume news on digital devices (contrasted to television, radio and print) and nearly half get news from social media “often” or “sometimes.”  Therefore, even people who largely consume news from traditional outlets often get there by way of social media—a retweet, or an article shared by a friend on Facebook, often with additional commentary. And whether we intend to or not, we get news where we are. So given the huge number of young people who are scrolling through TikTok rather than watching CNN, it is unsurprising that is a major way they get their news.

Is TikTok an accurate source for information on the war?

As with any other social media platform, some news on TikTok is accurately and transparently sourced, and some is complete misinformation. However, TikTok is a lot newer to this fight than Facebook and Twitter. A huge challenge right now is being extra careful that we don’t contribute to the spread of disinformation. Regardless of the platform, it is incredibly important we consider the credibility of sources and information we choose to believe and share.

Why would President Biden seek help from TikTok influencers on Ukraine war efforts?  What does this say about social media’s role in politics?

The SNL skit provides an amusing image of what it might be like for President Biden to ask TikTok influencers’ advice about how the U.S. should respond to the invasion in Ukraine. But the actual White House event basically sounds like any other press briefing, with White House Press Secretary Jen Psaki providing information and answering questions.

One of my favorite TikTok creators, V Spehar, asked for more details about the most recent aid package. Though many people perceive the majority of TikTok content to be teenagers dancing to trending songs, Spehar’s platform, like my own, is devoted to news and educational content.

White House officials said several times that their goal was to make sure these TikTok creators had accurate information to share. Though some critics have made this comparison: There is a distinction between a White House briefing—for which no one was paid or explicitly told what to share—and Russia paying TikTok influencers to post pro-Kremlin narratives. That said, this was certainly an effective way to get out specific information beyond traditional press circles.

Vladimir Putin banned Instagram in the country, cutting off 80 million users on March 13. Why? Is TikTok next?

Meanwhile, TikTok, stating they do not want to put their Russian users at risk, has already blocked all non-Russian content in Russia after the country criminalized spreading “fake news” about the invasion of Ukraine. At least one Russian influencer has already been threatened under this new law that carries with it the possibility of 15 years in prison.

Some are calling this the first social media war, and as we have been discussing at length in my online communities class this semester, there is no question the complexities of the current online media information ecosystem have created something we haven’t seen before.

New data shows that banning abortion would lead to more maternal deaths than previously thought, a critical finding less than a week after the Supreme Court ruled 5-4 to overturn Roe v. Wade. END_OF_DOCUMENT_TOKEN_TO_BE_REPLACED

On June 24, the Supreme Court released a decision in Dobbs v. Jackson Women’s Health Organization. The court also ruled to overturn the 1973 Roe v. Wade decision. Jennifer Hendricks, a professor at the University of Colorado Law School, addresses her interpretation of the rulings. END_OF_DOCUMENT_TOKEN_TO_BE_REPLACED

A recent survey shows more than 60% of Americans know “nothing at all” or only “a little bit” about what Juneteenth is or its importance in American history. Ashleigh Lawrence-Sanders, professor of African American and Black cultural history, discusses how and why we celebrate Juneteenth. END_OF_DOCUMENT_TOKEN_TO_BE_REPLACED
Return to the top of the page