The campus’s Office of Precollege Outreach and Engagement in the Office of Diversity, Equity and Community Engagement partners with communities around the state to provide about 1,800 first-generation and low-income students and their families with comprehensive college preparation and social development programs. The omnibus bill funds will designate $275,000 for this precollege programming.

“Our programs support students academically and personally while in middle and high school and prepare them to transition successfully to postsecondary opportunities, whatever that may look like,” Pacheco said. “We are excited about this opportunity to expand and enhance our programming in communities where we know students have great potential for postsecondary success.”

Founded in 1962, JILA (a partnership between CU Boulder and NIST) is a world leader in quantum sensing research, workforce training and industry engagement. JILA scientists have helped develop technology that has been implemented in space, while others are looking into using lasers to help with diagnosing respiratory illnesses. Over time, though, age has taken a toll on JILA facilities.

The CU Federal Relations team worked with senators Hickenlooper and Bennet to secure $950,000 in funding for JILA through the omnibus bill to give its labs a refresh.

According to JILA COO Beth Kroger, the funding will pay for much-needed research equipment in the JILA instrument and electronics shops, as well as equipment for CU Boulder’s JILA Keck Metrology and Clean Room Core Facility, which serves the campus and provides important research capabilities.

The federal appropriations also include more than  $5 billion for wildfire management, including $8 million for the Joint Fire Science Program (JFSP), which funds scientific research on wildland fires, $18.8 billion for disaster response and recovery efforts, millions for local firefighting crews, and an increase for the Community Development Block Grant program that could help those impacted by the Marshall Fire and others. The legislation also directs the JFSP to fund research to enhance wildfire resilience as requested by CU Boulder.

Learn more about the bill

The University Consortia for Space Technology will receive $10 million. The focus of the consortia is the translation of fundamental research and early-stage technology development and workforce development in support of the national security space enterprise, in particular within the U.S. Space Force.

The CU Federal Relations team also worked with Rep. Jason Crow and senators Bennet and Hickenlooper to create the university-led consortia within the fiscal year 2022 National Defense Authorization Act and secured the $10 million within the final omnibus package. Space Force will be charged with executing the program, and CU Boulder is expected to play a prominent role.

In addition, the maximum for a Pell Grant will increase to $6,895, an increase of $400 above the 2021 fiscal year cap, which will aid low-income college students. CU and its national association partners at AAU and APLU have advocated for doubling the maximum Pell Grant award.

The legislation also includes funding increases that could benefit the Cooperative Institute for Research In Environmental Sciences (CIRES), a partnership between CU Boulder and NOAA. The package includes $89 million—an increase of about 18%—for NOAA’s 15 Climate Cooperative Institutes, including CIRES. It also includes significant increases (over 25%) for the programs that fund two CIRES programs: the Western Water Assessment and North Central Climate Adaptation Science Center.

“The bill invests in science and our federal labs, specifically designating funds for programs housed in the 2nd district to advance Colorado’s leadership in climate science and STEM engagement,” Neguse said. “The plan supports our communities in recovery with robust investments in wildfire management, disaster response and local firefighting operations and expands opportunities for our students with an increase in special education funding, something we’ve long advocated for.” 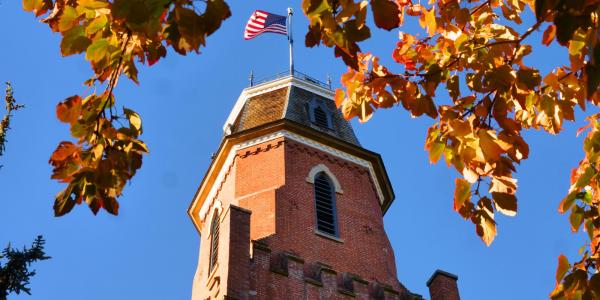 The new Impact Grant program, will provide institutional seed grant funding to support new and existing diversity, equity and inclusion initiatives at CU Boulder. Proposals for summer 2023 are due on Jan. 17, and proposals for the 2023-24 academic year are due on Feb. 13. END_OF_DOCUMENT_TOKEN_TO_BE_REPLACED 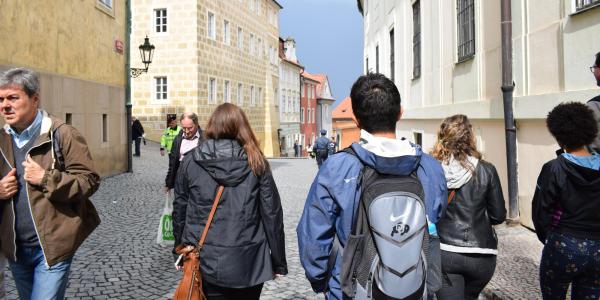 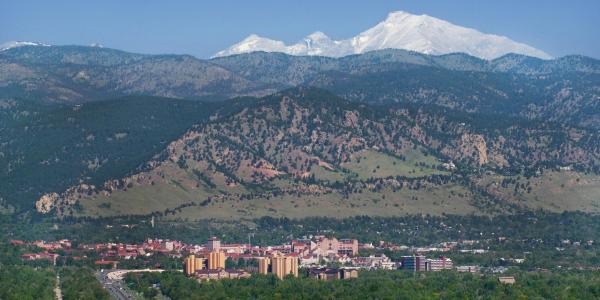 CU Boulder has adopted a land acknowledgment recognizing its campus sits on land that is part of the traditional territories of the Arapaho, Cheyenne, Ute and other Indigenous nations with historic and ongoing ties to the state. END_OF_DOCUMENT_TOKEN_TO_BE_REPLACED
Return to the top of the page