The Fiske Planetarium at CU Boulder is headed Forward! To the Moon.

Who: Tickets still available
What: Forward! To the Moon public premiere
When: Friday, Feb. 18, 7 p.m.
Where: Fiske Planetarium

This Friday, the planetarium will host the public premier of a new science film—a 30-minute adventure into the Artemis Program, NASA’s campaign to send human and robotic astronauts to the surface of the moon this decade. It’s an out-there experience: Viewers will jump into the cockpit of NASA’s new Orion Spacecraft, take a tour of a futuristic colony on the lunar surface and learn about upcoming CU Boulder research on the moon. They’ll also enjoy sitting in the immersive experience of Fiske’s full-dome theater.

Forward! To the Moon is a collaboration among Fiske, the NASA-funded Network for Exploration and Space Science headquartered at CU Boulder and Tend Studio in Fort Collins. It was funded by NASA and Lockheed Martin. And if you can’t make it to Boulder, don’t worry—Fiske will begin distributing the production for free to hundreds of planetariums across the country in April.

Burns and John Keller, director of Fiske, introduced Forward! To the Moon during a screening for members of the space community earlier this month. The scientists kicked off the event by giving the audience one small caution: Just don’t say that NASA is going back to the moon.

“This is a whole new set of voyages and scientific exploration that we’re making with new technology,” Burns said. “This is why we talk about going forward to the moon.”

The film, narrated by Kari Byron of MythBusters and Crash Test World, opens by dropping the audience into the middle of the moon’s Taurus Littrow valley—a wide expanse of gray surrounded by cliffs that soar thousands of feet above the lunar surface. In a voice-over, Apollo 17 astronaut Harrison “Jack” Schmitt calls the terrain “one off the most magnificent valleys in the solar system.”

It’s a potent reminder: Schmitt was one of the last humans to leave Earth’s orbit nearly 50 years ago. The next missions to the Moon will look a lot different. Forward! To the Moon takes viewers inside the Lunar Gateway, for example, a NASA space station that will orbit the Moon by the middle of the decade.

“I was immediately impressed when I first heard Jack’s description of the film—that it was going to tell the story of not just astronauts, but robots and astronauts who will explore the Moon together,” Keller said.

The film also gives a sneak preview of some of the CU Boulder research that will take place on the surface of the moon in the upcoming years. In just a few months, a new scientific instrument will touch down on the nearside of the moon as part of NASA’s Commercial Lunar Payload Services (CLPS) Program. Burns and his colleagues helped to design the instrument, called Radio wave Observations at the Lunar Surface of the photoElectron Sheath (ROLSES), which is led by Robert MacDowall of NASA’s Goddard Space Flight Center. 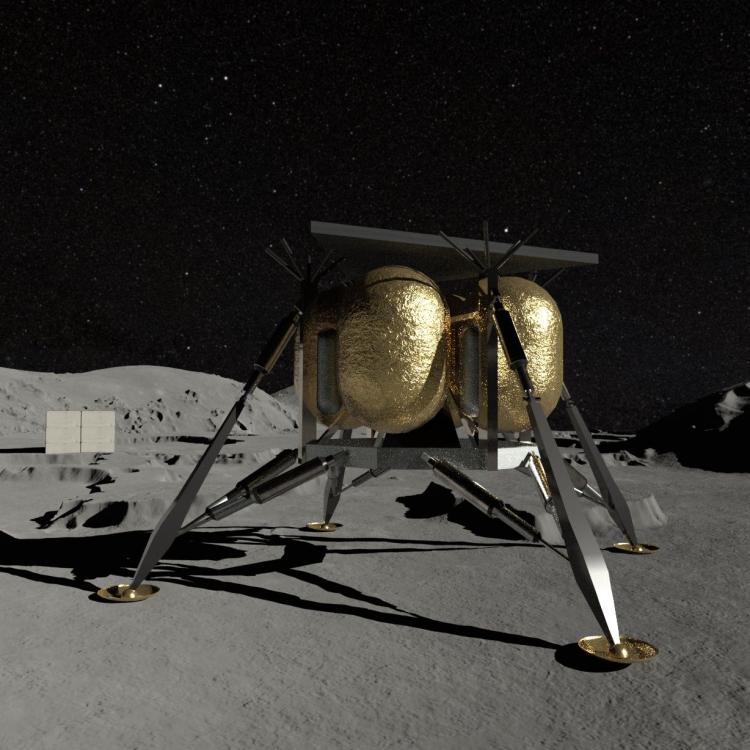 Artist's depiction of a CLPS lander that will carry scientific instruments to the moon in the coming years. (Credit: Fiske Planetarium)

“The exciting thing about the movie is that this exploration is all happening now,” Keller said.

There’s plenty of excitement to go around. NASA has promised that Artemis will send the first woman and first person of color to the moon.

Attendees at the preview event on Feb. 2 celebrated that new face of the space program. The evening included a panel discussion with Tend Studio’s Tom Ludlow, Danielle Richey of Lockheed Martin and NASA’s Joel Kearns and Amit Kshatriya.

Kshatriya, who previously led operations for the International Space Station, spoke about how the Apollo Program played a role in his own family’s story.

“My father, one of the reasons he studied engineering and came to the U.S. was that he witnessed the moon landing when he was a young man,” he said during the panel discussion. “We’re trying to spread this as far and wide as we can to energize the spirit of the entire world to get behind what we’re doing.”

The team behind Forward! To the Moon hopes that the film will help to spread that energy—getting young people from all backgrounds excited about the prospect of strapping on their space helmets.

“I often tell people that at Tend, we’ve been taking space walks, but we’re home in time for dinner,” said Ludlow, founder of Tend Studio. “It’s exciting to get to share our two-year moon mission with the world.” 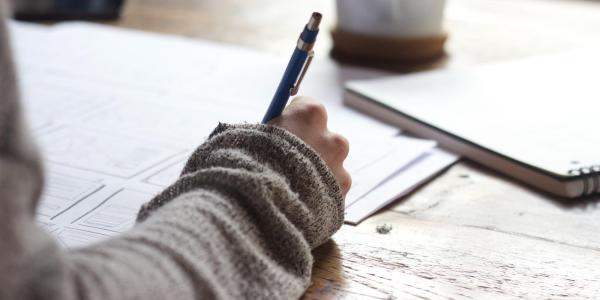 As a CU employee, you may qualify for Public Service Loan Forgiveness—a program that rewards college graduates who work in the public sector. CU is a qualifying employer and has a partnership with Savi, a social impact tech company. Learn more at webinars Aug. 9 and Sept. 1. END_OF_DOCUMENT_TOKEN_TO_BE_REPLACED 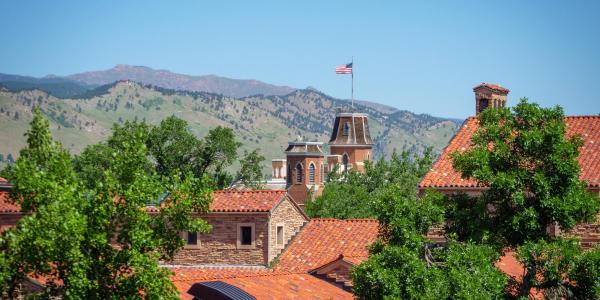 For decades, a community of "data stewards" has toiled behind the scenes to build records showing that humans, and not the sun, are responsible for driving the planet's climate into dangerous territory. END_OF_DOCUMENT_TOKEN_TO_BE_REPLACED
Return to the top of the page