Everything you need to know about this week's partial lunar eclipse

Everything you need to know about this week's partial lunar eclipse

Beginning around 11 p.m. MST on Thursday night, skywatchers will be treated to a partial lunar eclipse that will begin to turn the moon from its normal bright white color to a blood red as it passes into the Earth's shadow. The partial eclipse event will unfold mostly during the wee hours of Friday, with the maximum eclipse occurring around 2 a.m., before completely wrapping up just after 5 a.m. 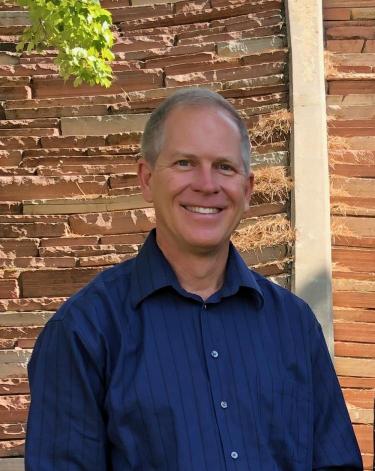 Fiske Planetarium Director John Keller talked with CU Boulder Today, providing some viewing tips for the eclipse, as well as some astronomical insight into lunar eclipses.

So instead of having a fully illuminated moon, or a full moon, we see an eclipse. This one is a partial lunar eclipse, so it will not move fully into the shadow of the Earth. We will still have about 3% of the moon lit by the sun, but the other 97% will be blocked out by the Earth's shadow.

While traditionally the full moon in October has been named the Harvest Moon, Hunter’s Moon or Blood Moon, total lunar eclipses have been commonly referred to as blood moons as well. In the case of an eclipse blood moon, we're talking about the color of the moon during a lunar eclipse. Whenever you have a lunar eclipse, sunlight refracts through the Earth's atmosphere and then projects onto the moon giving it a more reddish, or bloody, hue.

The eclipse will begin around 11 p.m. and peak around 2 a.m.

Getting involved at CU Boulder

That's actually happening all of the time, but the sun is so bright that normally you just see that sunlight on the full moon. But during a total eclipse, you're blocking that sunlight, and so the very subtle red light from the Earth's atmosphere is more visible. Even with this partial eclipse you'll see that reddish hue over most of the moon.

The moon will enter the partial shadow of the Earth at about 11 p.m. on Thursday night. It won't get into the full shadow where you will start to notice the Earth's shadow biting into the moon until 12:18 a.m. on Friday.

One fun idea is to connect with your friends and family across the country, since anyone on the night side of the Earth gets to see this partial eclipse. So they can look up in the sky and see the moon doing the same thing. The only difference is it will be in a different spot in the sky. You can also howl at the moon, or do whatever celebration you want to do, because these alignments don't happen every month. They happen twice a year, and you don't always get to see them. The last lunar eclipse I saw was two years ago.

For your viewing pleasure

Sommers-Bausch Observatory on campus will be open to the public from 10:30 p.m. to 2:30 a.m. There will be an open deck where people can view and celebrate the event together.

Keller has been director of Fiske Planetarium since 2018, but his connection to the planetarium dates back to his graduate student days when co-authored the long running planetarium show Kids in Space. After graduating with a degree in biology, he began his career as a high school science teacher. He wanted to be an astronomer as a fourth grader, but the dream didn't come to fruition until he had an opportunity to work at NASA's Ames Research Center while he was teaching. It was then where he decided to go for a Ph.D. in planetary sciences, which he completed at the age of 36. He spent 10 years as a professor at California Polytechnic State University before returning to CU Boulder. 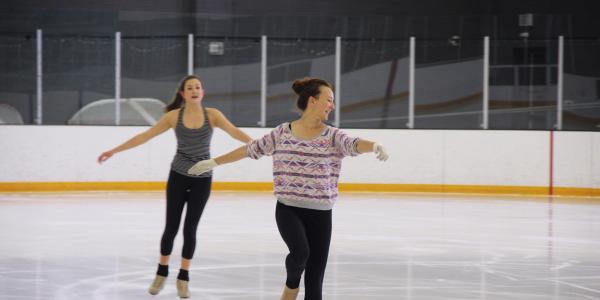 Whether you’re interested in arts and crafts, sports, gaming or other hobbies, there are many ways to do activities you enjoy and meet Buffs with similar interests. Check out these opportunities this spring. END_OF_DOCUMENT_TOKEN_TO_BE_REPLACED 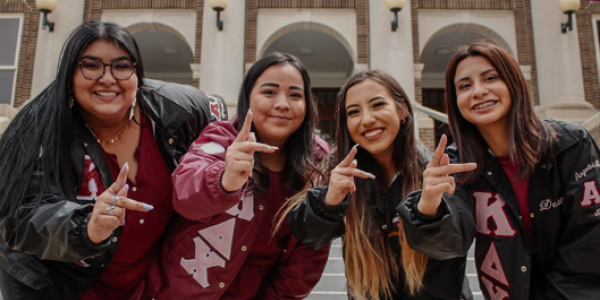 Kappa Delta Chi Sorority is the newest addition to Fraternity & Sorority Life at CU Boulder, and the fourth sorority to join the Multicultural Greek Council. Here are four things to know about Kappa Delta Chi and the MGC. END_OF_DOCUMENT_TOKEN_TO_BE_REPLACED 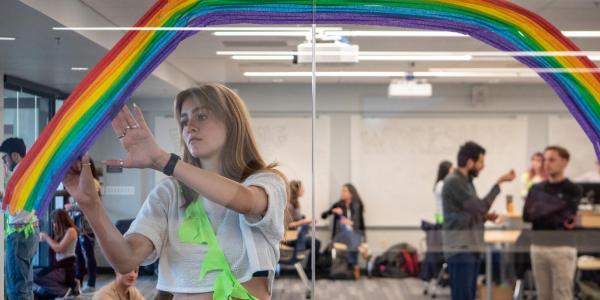 10 things to do this week: Network with Apple, see a hypnotist, more

This week brings registration for a mindfulness program, a “Till” movie screening, lunch with a veteran activist, organization tips, an artist lecture, a winter pick-me-up, the Basic Needs Center open house and more. END_OF_DOCUMENT_TOKEN_TO_BE_REPLACED
Return to the top of the page