Allyson Burbeck has long been interested in graffiti and street art. 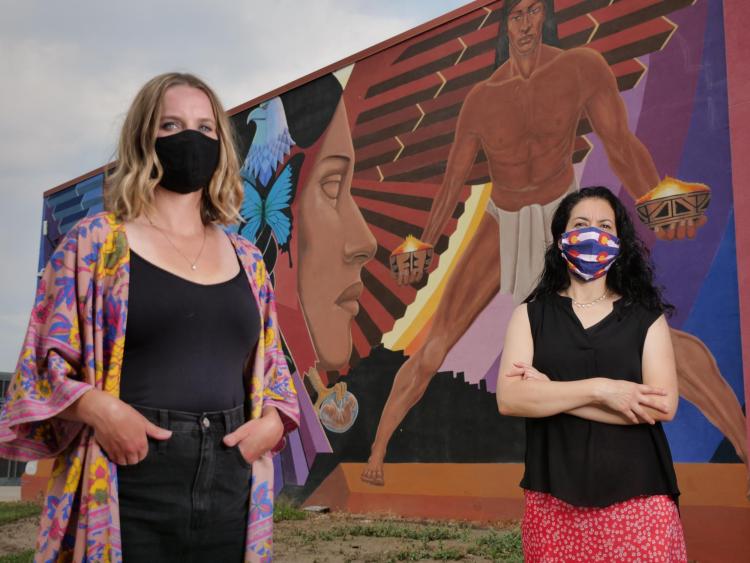 Allyson Burbeck (left), a CU alumna with a master’s degree in art history, and Lucha Martinez, director of the Chicano Murals of Colorado Project, pose in front of the La Alma (The Soul) mural created by Emanuel Martinez and located at the La Alma Recreation Center in Denver. Photo by Casey A. Cass/University of Colorado.

...Allyson’s work is significant [because] she not only interprets and captures the spirit of Chicanismo but also examines Denver’s systemic policies of cultural erasure, gentrification, and displacement.”
–Lucha Martinez, director of the Chicano Murals of Colorado Project

She wrote her undergraduate thesis on graffiti art in 1980s New York. So, it wasn’t a surprise that the robust graffiti and street art scene in Denver drew her to CU Boulder for a master’s degree in art history.

Captivated by the colorful, historic murals painted by Chicano and Chicana artists in the La Alma-Lincoln Park area in Denver, Burbeck focused her graduate thesis on examining the history and legacy of Chicana/o muralism in the neighborhood. Chicana/o are people of Mexican decsent born in the United States. The term came into use as a symbol of pride by Mexican Americans during the Chicano movement in the 1960s.

“Proximity to the street art capital of Denver was one of the reasons I chose to come to CU,” Burbeck said. “After seeing the murals, I felt compelled to do more research on them.”

About 30 historic murals are painted on the sides of buildings, schools and in alleys along Santa Fe Drive and in the residential area of the neighborhood.

As she began learning about the history of Chicanas/os living in the Denver area, particularly during the Chicano Movement in the 1960s and ’70s, she met Lucha Martinez, director of the Chicano Murals of Colorado Project, to dive deeper into the background of the murals and the artists.

The mural tradition is a distinct Colorado aesthetic that developed to proudly depict the cultural heritage of historically marginalized communities, while creating a sense of place in the urban and rural landscape, says Martinez. Fifty years ago, the state was on the forefront of a nationwide art movement, but due to the lack of support from local cultural institutions, then and today, the relevance of Chicana/o muralism in Colorado continues to be devalued.

“For this reason, I believe Allyson’s work is significant,” Martinez said. “She not only interprets and captures the spirit of Chicanismo but also examines Denver’s systemic policies of cultural erasure, gentrification, and displacement. It is my hope that Allyson’s work will help to shed light on the historical significance of the Chicana/o mural tradition and encourage others to advocate for the preservation of Colorado’s visual heritage that celebrates a more concise history describing the diversity of the state.” 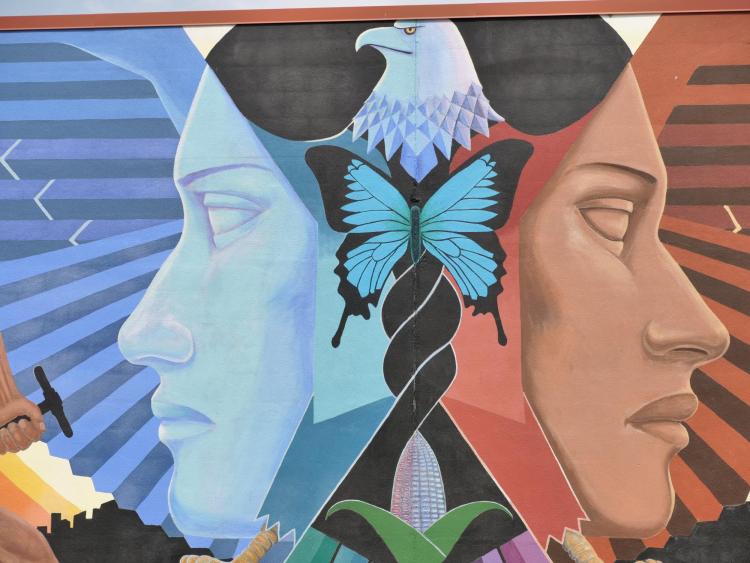 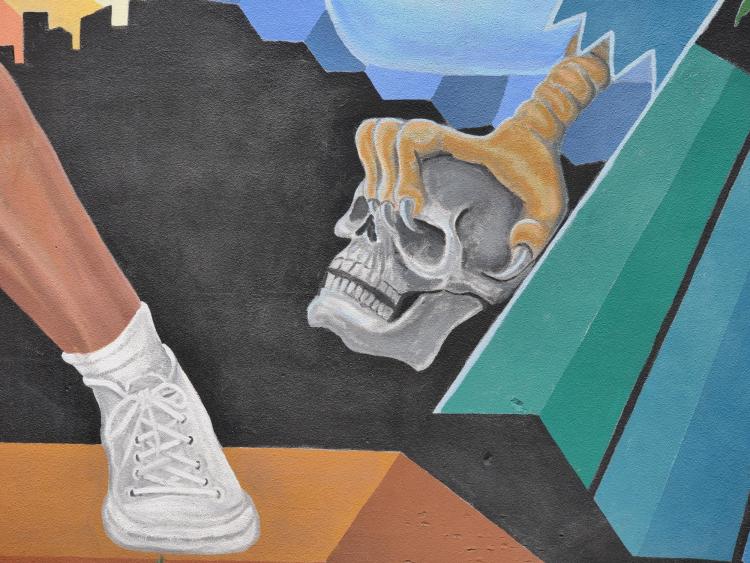 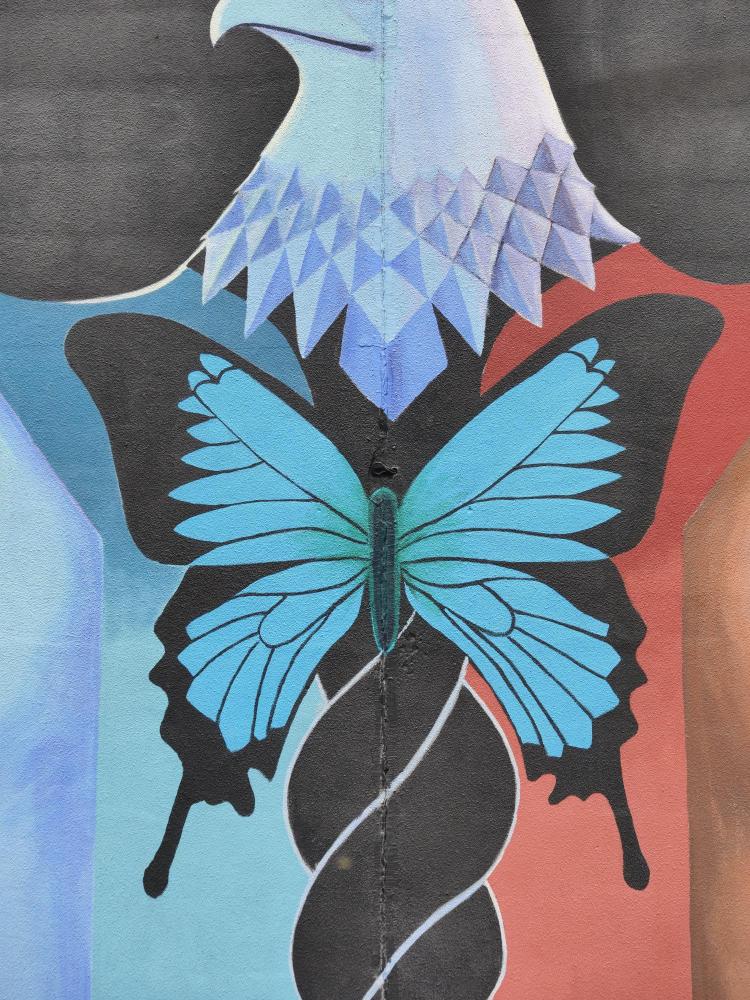 In her thesis, Burbeck investigates the connection between Chicana/o muralism and “placemaking” as the neighborhood faces gentrification.

Emanuel Martinez, an internationally renowned Chicano artist, pioneered Colorado's contemporary mural movement. He lived in the neighborhood and started painting public murals with the support of community members. The murals reflect the culture and the political climate of the time.

Collaborating on these murals in the neighborhood with the community brought about a sense of belonging and security for the people living there that remains today, Burbeck wrote in her thesis.

She looked at the idea of Aztlan, the ancestral homeland of the Aztecs, and related the place of origin to Chicano history and art. Although the exact location of Aztlan is unknown—it is theorized to be in the American Southwest or northern Mexico—it represents the genesis of cultural identity for Chicana/o peoples.

Burbeck says that many of the Denver murals evoke the Aztlan concept to demonstrate the connection between contemporary Chicana/o community and an ancient culture and history. The idea of Aztlan instills a feeling of home and belonging.

Artists and community members are still creating murals in Denver.

“There is still a strong Chicana/o community in La Alma-Lincoln Park, although gentrification is taking place,” Burbeck said. “The community is working with the organization Historic Denver to have the neighborhood designated as a historic cultural district in the city of Denver. That would give them more control over the changes that could happen to the neighborhood and give the Chicana/o community a greater ability to protect these extraordinary murals.” 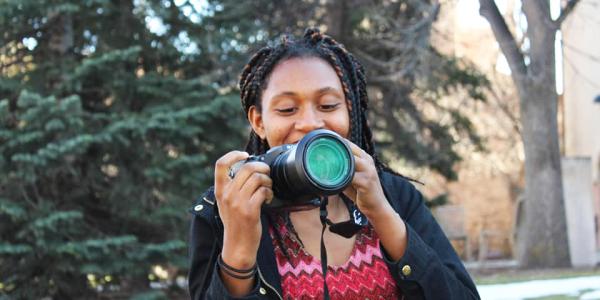 Determined to make the most of her life and have an impact on the world, sophomore Areyana Proctor helped launch a video production company that produces legacy interviews to preserve families’ history and memories. END_OF_DOCUMENT_TOKEN_TO_BE_REPLACED 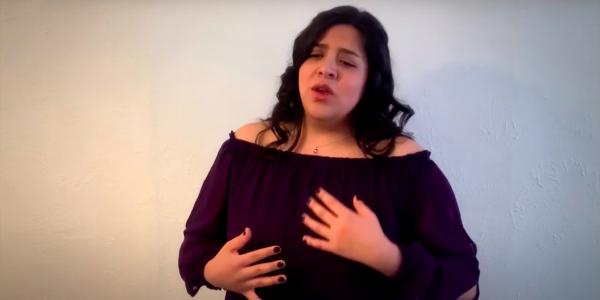 Rehearsals for the CU Boulder Eklund Opera’s "Béatrice et Bénédict" had been underway since the fall and into March. When the performance was canceled, the cast decided that the show would go on, but not as a live production. END_OF_DOCUMENT_TOKEN_TO_BE_REPLACED 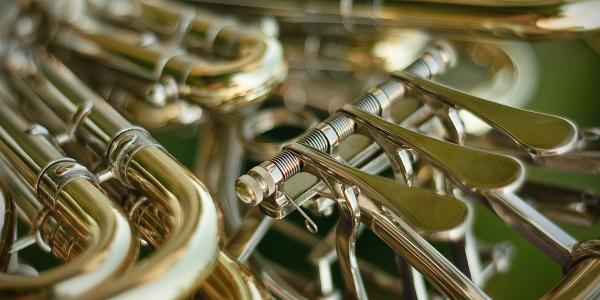 College of Music professor Michael Thornton and some of the CU Horn Studio took their classical musical chops to the modern world of social media. They pulled inspiration from the wildly popular platform TikTok. END_OF_DOCUMENT_TOKEN_TO_BE_REPLACED
Return to the top of the page