Only the nose knows: New international network explores how odors lead to actions

CU Boulder will lead a groundbreaking new international research network dubbed Odor2Action starting this fall. The work is aimed at understanding how animals use information from odors in their environment to guide behavior, with far-ranging implications for our understanding of the human brain.

The network was announced Monday as part of the Next Generation Networks for Neuroscience (NeuroNex) Program. Over the next five years, CU Boulder will be leading 16 scientists from 16 prestigious institutions around the world to better understand the brain and its evolution by reverse-engineering how it interprets odors. The project is funded by a $20.2 million award from the National Science Foundation, the Canadian Institutes of Health Research and the UK Research and Innovation Medical Research Council.

The network will examine all the steps involved in how an odor stimulus gets encoded by the brain and then activates the motor circuits to produce a behavioral response in an animal. The model species they will work with to do this, like fruit flies and mice, will make headway in understanding these same steps in humans. 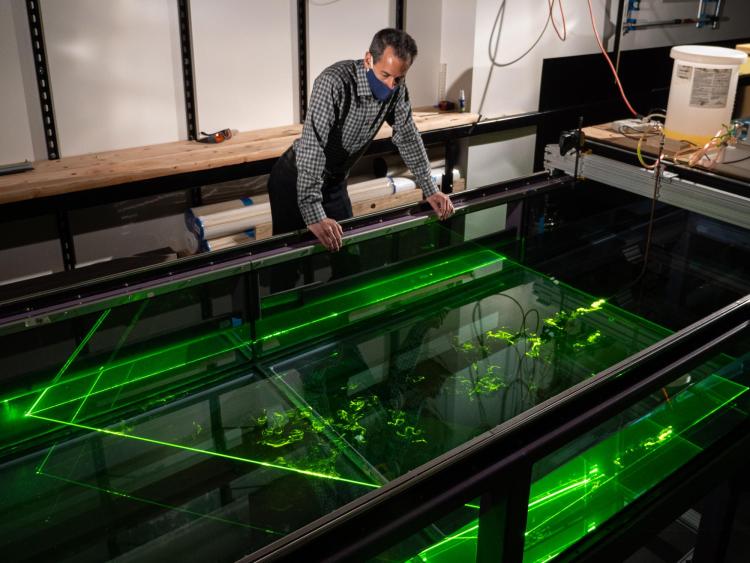 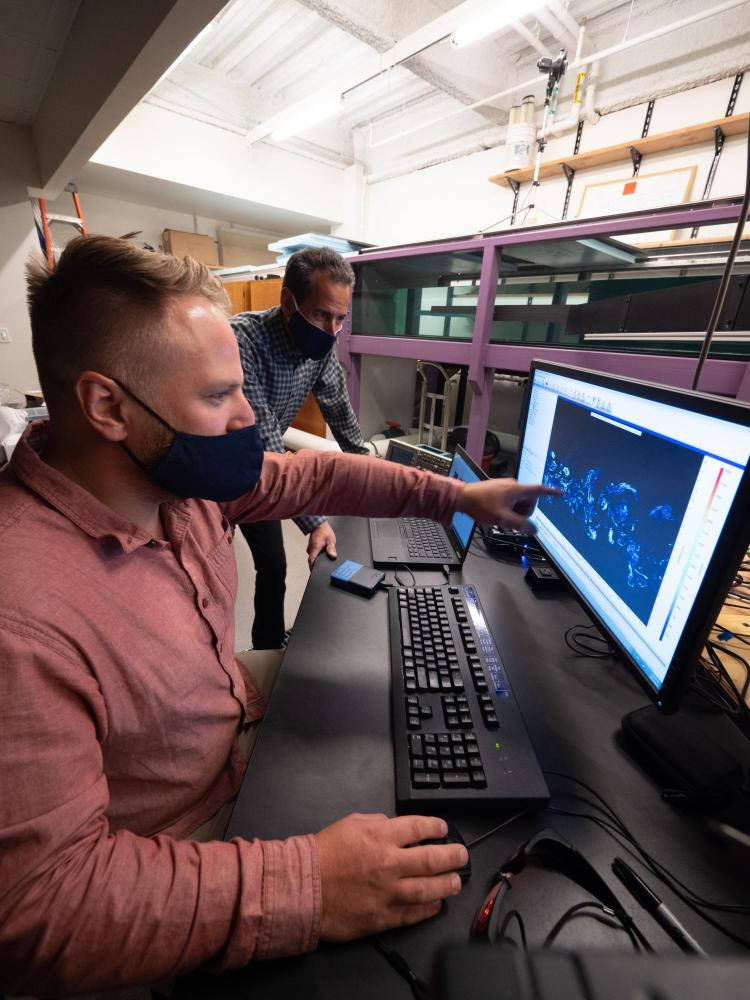 There’s a lot of engineering involved in understanding what odors look like. In John Crimaldi's lab, he and his colleagues use lasers to track them. (Credit: Glenn Asakawa, CU Boulder)

“The chemical sensing process (i.e. smell) evolved in the very earliest life forms on Earth,” said John Crimaldi, lead principal investigator on the network and professor in the Department of Civil, Environmental and Architectural Engineering at CU. “The idea here is that all brain evolution has taken place in the presence of chemical sensing. And so it's thought to be a primal portal from which to view brain function.”

While Crimaldi and CU Boulder have previously received significant awards to research how animals find the source of an odor, this project is much broader and aims to understand the whole brain and the mechanism that goes into a behavioral response to smelling something.

Crimaldi said smell is the least understood sense and that humans have struggled to replicate odor-based searches with machines. Doing so, however, would allow robots to take over treacherous duties instead of humans or dogs, unlocking a new area of advancement for autonomous systems. These robots could one day rescue a person buried in an avalanche, locate valuable natural resources, or find chemical weapons and explosives on their own, for example.

Keith Molenaar, interim dean of the College of Engineering and Applied Science, said the network was truly a special project and among the largest the college had ever been involved in. He said the work would result in transformational research around our understanding of the brain that could also lead to cures for diseases that connect to our sense of smell—or even understanding why loss of smell is a symptom of some diseases like COVID-19 among many other areas and across many different fields.

“The fact that an engineer, Professor John Crimaldi, is leading a group of neuroscientists, mathematicians and biologists, speaks to the truly interdisciplinary nature of the research,” Molenaar said.

The network is composed of three interdisciplinary research groups (IRGs) that form a loop in animal sensing and behavior. The first is focused on theoretical mathematics and mapping to better understand how the characteristics of smells are encoded in the brain. The second builds on this and will determine how the encoded odors produce a behavioral response. The third group will investigate how this behavioral response alters the animals’ perception of the odor it is sensing.

As an engineer, Crimaldi said he never expected to end up working in neuroscience but it turns out there’s a lot of engineering involved in understanding what odors look like. He currently studies fluid mechanics from a theoretical perspective; using lasers in a non-intrusive way to measure flows—like odors—through air and liquids. He’s looked at everything from why coral reproduction underwater is successful to how animals can tell where a smell is coming from.

“Life forms have evolved to take advantage of specific opportunities and constraints that are imposed by their physical environment,” Crimaldi said. “I like to say we don't just use physics to understand biology or ecology, or the brain. We also use evolutionary processes that have evolved in animals to help us understand details of what's going on in the physical world.”

The Living Materials Laboratory is scaling up the manufacture of carbon-neutral cement as well as cement products, which can slowly pull carbon dioxide out of the atmosphere and store it. END_OF_DOCUMENT_TOKEN_TO_BE_REPLACED

Qubits, the basic building blocks of quantum computers, are as fragile as snowflakes. Now, researchers have come up with a new way of reading out the information from certain kinds of qubits with a light touch, potentially paving the way for a quantum internet. END_OF_DOCUMENT_TOKEN_TO_BE_REPLACED

New results from real-world tests of a downwind turbine could inform and improve the wind energy industry in a world with intensifying hurricanes and a greater demand for renewable energy. END_OF_DOCUMENT_TOKEN_TO_BE_REPLACED
Return to the top of the page