After five decades of protests, lawsuits and petitions, Washington, D.C.’s NFL team announced Monday it will change its name and logo. To the CU Boulder law professor who helped organize a campaign to change the name, the news was both shocking and rewarding.

“We’ve waited a long time for this,” said Carla Fredericks, an associate professor at the University of Colorado Law School, who also directs the American Indian Law Clinic and serves as faculty director for First Peoples Worldwide (FPW), a program shared between Colorado Law and the Leeds School of Business.

To pressure the team, Fredericks and FPW—which focuses on social and environmental impacts of development in Indigenous communities—organized a group representing more than $640 billion in investment assets. The group wrote letters to FedEx, PepsiCo and Nike, some of the franchise’s biggest sponsors, asking them to cut ties with the team.

On July 2, news broke that FedEx—the sponsor of the team’s stadium—asked franchise management to change its name. PepsiCo quickly followed suit. Nike took the step of removing the team’s products from online stores.

The next day, the Washington team, whose name is not included in this story because it is a racial slur, announced it would consider a name change.

Fredericks described the successive announcements, which came only hours apart, as a tidal wave.

“It was like it all kind of fell down at once, which was a big learning moment for us, to see how interdependent these business relationships really are,” she said.

Ten days after announcing a review of its name, the team announced it would discontinue its current name and logo. A replacement has not yet been announced.

A legacy of trauma

Fredericks was born in Washington, DC, keenly aware of the hometown team. She saw its memorabilia and logo regularly throughout the city.

“I just remember seeing that mascot, and thinking ‘that doesn’t look like me,’” she said.

Fredericks, an enrolled member of the Mandan Hidatsa and Arikara Nation in North Dakota, said the logo was a poor representation of the roughly 3 million people with tribal affiliations in the US. She said that misalignment can be particularly scarring to children.

Across Indian Country, Fredericks said, she hears consensus that the use of Native Americans as inspiration for team names, mascots or chants at sporting events is offensive cultural appropriation.

“I think that should be respected, and heard and honored.”

A confluence of social justice

The Washington team’s announcement that it would consider a name change came amid several other major news stories related to social injustice. Cities around the country protested over the death of George Floyd at the hands of police officers in Minneapolis. Activist groups cheered as the Dakota Access Pipeline (DAPL) was ordered to shut down for a more thorough environmental review.

“To me it’s no coincidence these things happened in the same week,” said Fredericks.

Corporations considering new diversity and inclusion initiatives in the wake of the George Floyd protests are poised to make more widespread changes, not just within their organizations, but also in how they interact with people of color and Indigenous communities, according to Fredericks.

“You cannot, on one hand, make commitments on racial justice, and on the other, have a business relationship with a football team that uses a racial slur as its moniker,” Fredericks said.

A key part of FPW’s argument to FedEx, Nike and PepsiCo is a report it authored assessing the negative impacts of corporations’ involvement in the DAPL project. Their case study found at least $7.5 billion in associated costs by 2018. Those costs have ballooned much higher since, Fredericks said.

“I think the social pressure on companies to do the right thing on racial justice is very high,” said Fredericks. “Companies recognize that if they are not responsive to social pressure, it is very bad for their business.”

From an academic standpoint, Fredericks hopes FPW can use the current moment to better assess the extent to which companies stand to lose customers and investors by lagging behind public sentiment.

“The financial markets would really benefit from a better understanding of the implications of social pressure on capital markets,” she said.

More work to do

In the aftermath of the Washington NFL franchise’s decision, she said there is still plenty of work to be done regarding Native American-themed mascots.

Kansas City’s NFL team still has a Native American-themed moniker. Cleveland and Atlanta have Major League Baseball teams with similar names, though Cleveland’s franchise is expected to change its name in the coming years, according to a team statement July 3.

Despite progress, Fredericks said teams and their leagues should invest in efforts beyond re-branding.

“There needs to be a true process of reconciliation, apology, and examination of harm. Because there really has been a harm perpetuated upon us by this name. Walking away from the team name and its imagery is not enough.” 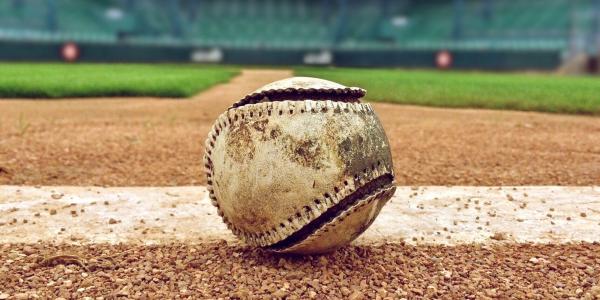 Tom Zeiler, a history professor who co-teaches a popular course called America Through Baseball, discusses the history of the All-Star Game, the role of politics in baseball and the significance of the game returning to Denver, which will happen July 13. END_OF_DOCUMENT_TOKEN_TO_BE_REPLACED 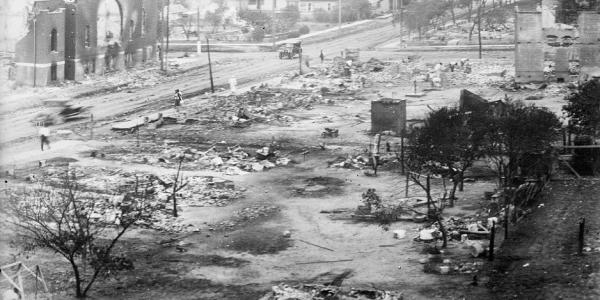 Professor Suzette Malveaux spoke with CU Boulder Today about her experience working with massacre survivors, why it took so long for them to seek justice and their continued fight. END_OF_DOCUMENT_TOKEN_TO_BE_REPLACED 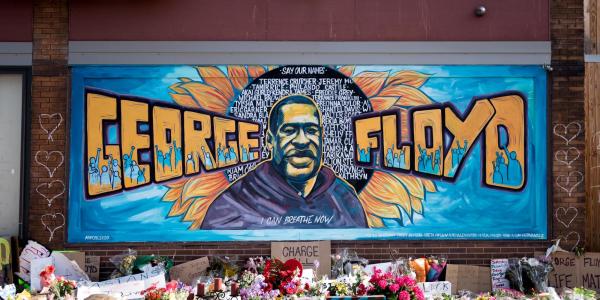 What made Tuesday’s verdict so unique, and will it lead to lasting change? In this Q&A, three CU Boulder experts in law; sociology, crime trends and policing; and Africana studies and criminology give their takes. END_OF_DOCUMENT_TOKEN_TO_BE_REPLACED
Return to the top of the page