Eager to make a difference in people’s lives through civil engineering and passionate for photography, undergraduate Joelle Westcott combined her two interests with enthusiasm in southern Africa this summer.

A sophomore in civil engineering, Westcott spent eight weeks helping build a footbridge in the Hhohho region of Eswatini, known as Swaziland until its king recently changed the name. While there, she photographed the construction process and the culture of the Mathengeni community. 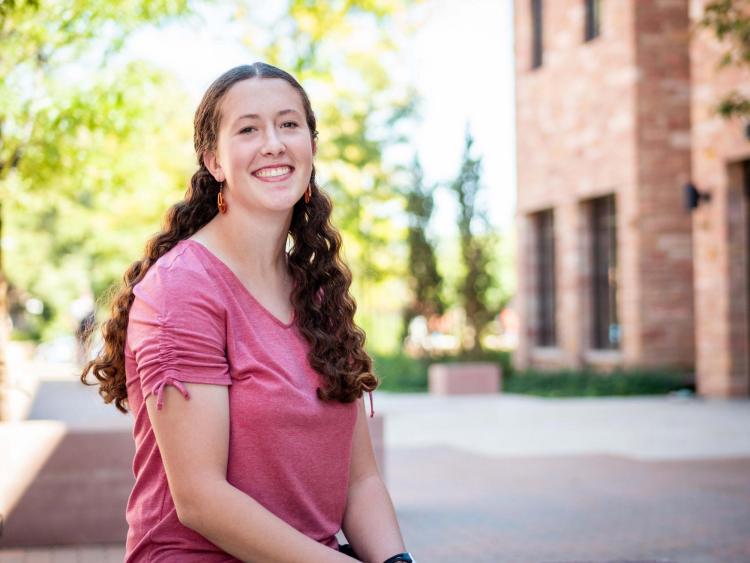 Westcott is a member of Engineers in Action, a student organization that designs and builds pedestrian footbridges in other countries. Rural isolation due to impassable rivers is a source of poverty throughout the world. Working with underserved communities, students build bridges to ensure those communities have safe access to education, health care and markets. Being able to safely cross a river unlocks economic opportunities for a local community.

“I’m passionate about engineering,” Westcott said, “and since I loved photography, I thought it would be cool to apply for this creative project to take photos of the engineering. To tell a story of personal interaction and project development on a construction site. The project exceeded my expectations.”

A core team of 10 CU Boulder students worked alongside community members to use real-world engineering skills to provide safe river crossings for hundreds of adults and children of the area. Westcott served as the construction manager on the bridge build.

Westcott received a grant through the Undergraduate Research Opportunities Program at CU Boulder for her project titled Bridging Worlds Through Engineering Photography in an Underdeveloped Context. UROP promotes undergraduate research, in part, by providing funding to CU students who produce new knowledge and creative work.

With a goal of documenting the techniques of engineering in an underdeveloped context, Westcott wanted to explore the technical, social and cross-cultural nuances of an engineering project in a rural, international environment. The idea for this project came about when her curiosity was piqued in an engineering class after learning how construction projects are a challenging undertaking in underdeveloped locations because roads are not well maintained and building materials can be difficult to obtain.

Using a documentary style of photography, Westcott visually told the stories of the people of the Mathengeni community going about their daily lives and the experiences of the student builders as the bridge was under construction. The UROP grant Westcott received provided her with an opportunity to share her art form on campus. 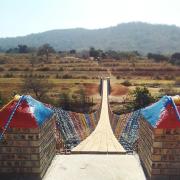 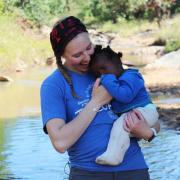 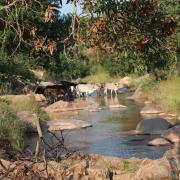 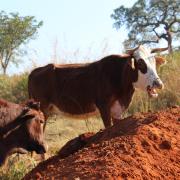 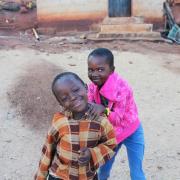 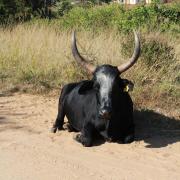 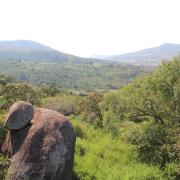 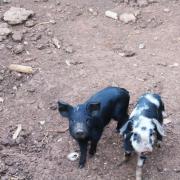 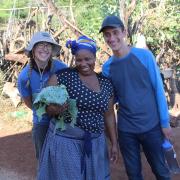 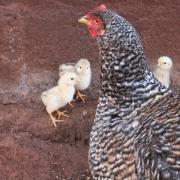 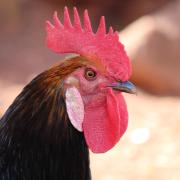 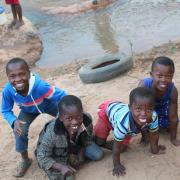 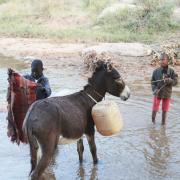 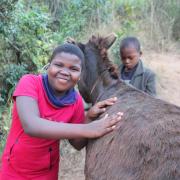 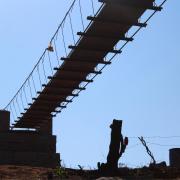 The student team started mornings with stretching exercises. They were joined by the community members who were helping build the bridge as a congenial way to prepare for the day’s work. Westcott captured it on camera, along with the food, chickens scratching in the dirt, the family she stayed with and the everyday activities of the people living near the site of the bridge.

“Informed consent for photography is an important part of the process,” Westcott said. “Before I started taking pictures, I got informed consent from the community members. Everyone was fine with it, and some were super sassy, not shy at all. Especially the kids. They posed like they were camera models.”

The bridge spanned the Mzimnene River. It was constructed using simple tools such as pick axes, shovels, spades, shutter board and elementary surveying equipment. Power drills and a tractor were the only machinery used. Westcott had used many of the tools before while working on a gardening restorative project after the flood in the Boulder area in 2013.

“One of the guys from the bridge build last year had to give us a lesson on picking (using a pick ax) one weekend,” she said. “We all practiced and tried to use proper form so that we didn’t hurt ourselves. The men from the community used to take the picks from us women, but as we got better they realized that a break was nice, and they were fine to have some of the women students pick.”

Through the university and team collaboration, the capacity and technical skill to build bridges in the future was shared with the community so they can build bridges on their own. The completed bridge was 180 feet long and wide enough for two people to walk comfortably side-by-side.

When it was finished, a bridge ceremony was held with everyone in attendance. School was canceled so the children could also attend and make the ceremonial crossing with the adults.

The experience has enhanced Westcott’s educational experience, because she was able to see how some of the curriculum, she learned in class can be applied to real life engineering problems, such as her AutoCAD class and computing class. It also showed her there is far more to engineering than just a standard problem and a perfectly correct answer that can be found in a book.

“I have learned that problem-solving skills and thinking outside the box is much more important than being able to do an integral by hand,” Westcott said. “Because of this, I find myself questioning the curriculum and asking, ‘why,’ and that has allowed me to have a deeper understanding of the material.”

There were times Westcott wondered how they would complete the whole bridge, because there was so much work to do.

“I learned a mixture of engineering skills and also life skills,” Westcott said. “I learned it’s OK to take things slow sometimes. The pace of life is much slower there. I gained an appreciation for modern technology, but also the power of people. When all of us worked together we got it done. We learned how to pick and collect rocks. We learned some of the language. We learned how to trust each other and how to be engineers.”

Westcott is organizing her photos for an exhibit scheduled for Sept. 28 at the south side of Kittredge Central Residence Hall common area. Her exhibit title is “Kancane kancane,” which translates to “bit by bit,” which she said was the unofficial theme for the bridge build. 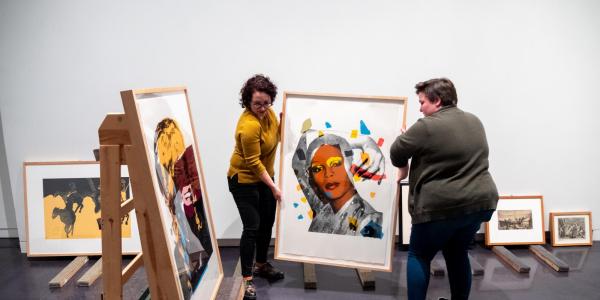 In the Persuasive Prints exhibition at the CU Art Museum, prints gathered from the museum’s collection show how artists and printmakers have combined images, text and artistic techniques to persuade viewers. END_OF_DOCUMENT_TOKEN_TO_BE_REPLACED 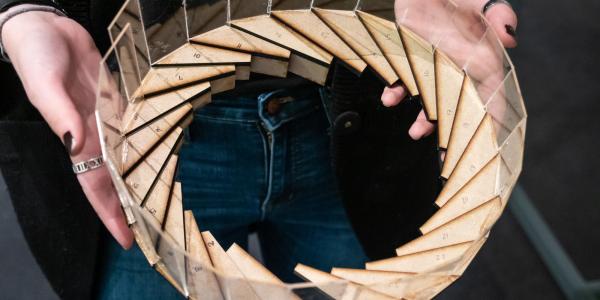 Exhibition focuses on humans’ response to a changing climate

Two classes of undergraduate students in the Program in Environmental Design worked with Mary Mattingly, the CU Art Museum’s artist-in-residence, to design models for an ecotopian library of the future for the exhibition. END_OF_DOCUMENT_TOKEN_TO_BE_REPLACED 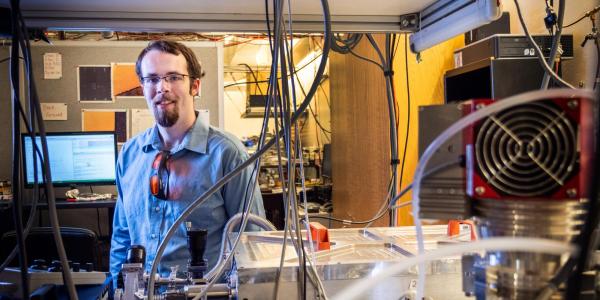 A physicist who knows what matters: A good punchline

Have you heard the one about the physicist who moonlights as a comedian? When CU Boulder's Robert Karl is not in the lab, he works on jokes and performs in weekly comedy shows. END_OF_DOCUMENT_TOKEN_TO_BE_REPLACED
Return to the top of the page