Editor’s note: This article has been updated from the original version, which was published after the Board of Regents’ first session on Thursday, June 13, 2019.

At its regular meeting on Thursday and Friday at the CU Boulder campus, the University of Colorado Board of Regents approved the fiscal year 2019–20 operating budget and capital projects and a letter to incoming students about freedom of expression and listened to presentations about the economic impact of the campuses, a panel discussion on student-athlete safety and more.

The board voted unanimously to approve sending a letter to incoming first-year students on all four campuses to express the board’s commitment to the principles of freedom of expression and academic freedom across the University of Colorado’s campus.

“The mission is quite simple,” said Regent Chance Hill, a Republican from Colorado’s 5th Congressional District. “Its primary purpose and aim is to demonstrate and signal to all first-year undergrad students at all four campuses the first week of the academic year, that the senior leadership is committed to building a campus culture that values free speech in all its forms and diversity in all its forms.”

Hill noted that drafting the letter was a bi-partisan effort, and the board approved the proposal 9-0. The board also approved a proposal` by the Colorado Springs campus for civics curriculum. The Boulder campus is developing a certificate in civics to be presented to the board for approval and to be offered at the beginning of the spring 2020 semester in response to the Board of Regents Civics Initiative.

The board voted to approve the fiscal year 2019–20 operating budget for the CU system and all four campuses. The board had previously voted in April to approve tuition and fees as well as a faculty and staff compensation pool for 2018–19. Today’s vote finalizes the $4.79 billion operating budget for the CU system, including the auxiliary and restricted fund budgets for the Boulder, Colorado Springs, Denver and Anschutz Medical campuses, as well as for the Board of Regents and system administration. The total budget for the CU Boulder campus is $1.9 billion.

“I am extremely proud of this zero percent tuition increase for incoming resident students,” said Senior Vice Chancellor and Chief Financial Officer Kelly Fox. “That, on top of recent work to reduce mandatory fees, means that CU Boulder students are paying less than last year, and CU Boulder locks in that rate for four years, while students at most other institutions in the state may see increases in tuition and fees in their sophomore year.”

Fox says the budget also includes a $9 million investment in the colleges and schools to ensure a quality experience for students, an additional investment toward increasing graduate student stipends, $1.5 million for the chancellor’s Health and Wellness Initiative, and $0.5 million for evolving teaching and learning practices associated with online learning.

“Mental health continues to present itself as a major issue facing all campuses across the country,” Fox said. “This investment in wellness, along with a recent significant donation to the campus, positions CU Boulder to become a national leader in the research and practice of mental health and to ensure that we are meeting the needs of our students.”

Highlights of the campus budget include:

For complete coverage of tuition and fees, see the 2019–20 tuition announcement. 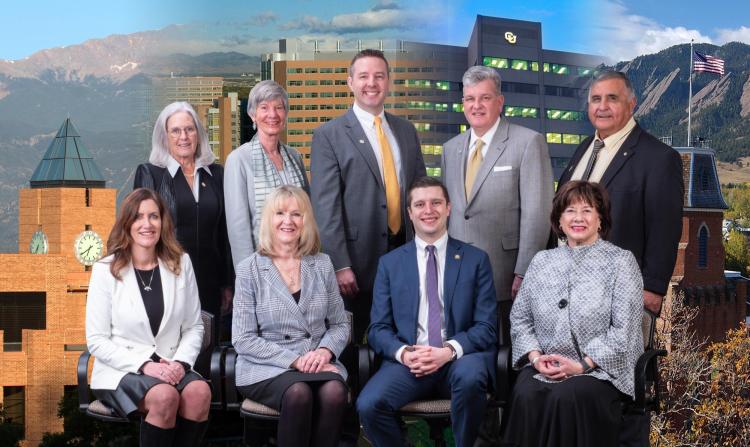 As part of the consent agenda, the Board of Regents also approved plans for five capital construction projects on the Boulder campus that address major renovation and renewal of five campus buildings, including three in the Norlin Quadrangle Historic District. The regent approvals are conditional on receipt of state legislative appropriations next spring for the 2020–21 fiscal year that would cover a portion of each project.

All five projects were approved as part of the five-year capital construction plan, which is an annually submitted list of projects proposed to be funded jointly with state and campus cash funds. The five projects include:

Funding for Hellems and Guggenheim renovations were approved during last year’s June Board of Regents meeting but were not appropriated in the most recent state fiscal budget.

The board heard a presentation from Chancellor Philip DiStefano on the economic impact of CU Boulder through its research innovation. DiStefano discussed the impact of CU Boulder on the local economy, the State of Colorado and the nation through tech transfer, as well as its role in providing cultural opportunities for the community.

According to a recent study led by associate director in the business research division at the Leeds School of Business Brian Lewandowski, the University of Colorado Boulder had an economic impact of $1.9 billion on the U.S. economy from FY 2014–19 through tech transfer and its related activities.

Panel discussion on safety, health and wellness in intercollegiate athletics

Athletic Director Rick George led a panel discussion about CU Boulder’s student-athlete health and wellness programs. The panel, including faculty, team doctor and athletics staff, told the board that the University of Colorado Boulder, through its research and Athletic Department practices, is recognized as a national leader for student-athlete health and wellness programs.

The Board of Regents also voted to approve a series of new degrees in biomedical engineering offered by the CU Boulder College of Engineering and Applied Science.

Through these bachelor’s, master’s and doctoral degrees, students at the university will have the chance to integrate classes in engineering, biology, mathematics and more from across the university. The goal, organizers say, is to tap into medical work that is increasingly gearing treatments to individuals and depends on rapidly evolving technologies.

This meeting is the last board meeting for CU President Bruce D. Benson, who announced his retirement from CU last July. Benson, who earned a geology degree from CU Boulder in 1964, has been president since March 2008, making him the longest-serving CU president in 65 years.

To honor his service and dedication to the University of Colorado, the board voted unanimously to award Benson the title of President Emeritus. The board cited in its resolution, among other achievements, Benson’s work to help CU exceed its $1.5 billion goal for the Creating Futures fundraising campaign, which Benson co-chaired with his wife Marcy. Also noted was his work in fostering a legislative strategy that allowed CU to partner with the Colorado General Assembly, resulting in the passage of more than 100 bills allowing the university to operate more efficiently and effectively, in addition to increasing revenue.

Regent Board Chair Sue Sharkey, announced that The Center for Western Civilization, Thought & Policy, long championed by CU President Bruce Benson, is changing its name this summer in honor of his support.

At the conclusion of the public meeting on Friday, the board held leadership elections to select the chair and vice chair of the board for the coming year.

Regent Glen Gallegos, a Republican from Colorado’s 3rd Congressional District, was elected board chair in a 8-0 decision (with one abstention from Regent Heidi Ganahl, a Republican and at-large representative), with no other nominations brought forward.

Gallegos was elected in 2013 to serve his first term on the CU Board of Regents and re-elected to his current term in 2018.

For more details or to see presentations from the meeting visit the BoardDocs website.

Members of the Committee on Rights and Compensation (CRC), a graduate student organization, used the public comments portion of the meeting to request 100% fee remission in this upcoming year for all grad students on appointment. Brandon Daniels, a doctoral student on the Boulder campus, cited the work of a recent graduate school task force that examined how CU Boulder student stipends and benefits compare with AAU public peers, and explored possible options for enhanced benefits. Daniels called for the implementation of the recommendations of that task force.

DiStefano reminded the regents of the steps CU Boulder has taken and the key investments made during the last four years to address graduate student concerns, including investing more than $8 million in annual funding to increase base stipend rates (which includes an additional $2.1 million investment in fall 2019).

The board voted to increase the loan amount that faculty members can borrow under the Faculty Housing Assistance Program to $100,000 or 25 percent of the sales price, whichever is less.

The board also approved a five-year contract extension, through June 2024, for Athletic Director Rick George. He has served in this role since 2013. Vice Chair Jack Kroll, a Democrat from Colorado’s 1st Congressional District, and Regent Linda Shoemaker, a Democrat from Colorado’s 2nd Congressional District, voted against the contract; Regent Lesley Smith, a Democrat and at-large representative, abstained because of unfamiliarity with the athletics budget. The remaining six regents supported the contract.

The board voted by consent agenda to award 31 faculty on the Boulder campus with tenure and approved 53 sabbaticals. 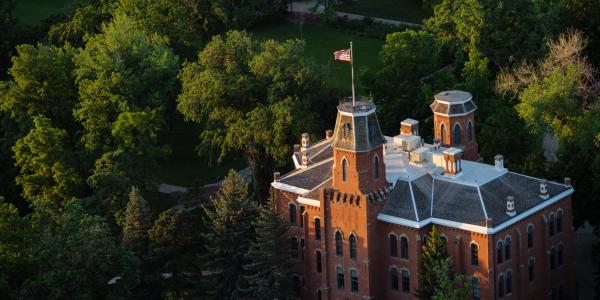 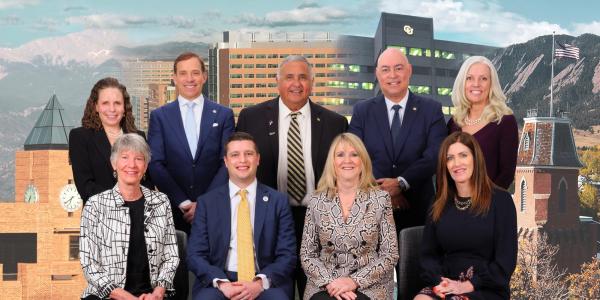 At its recent meeting, the University of Colorado Board of Regents reviewed revenue and expense projections, and received strategic plan updates on fiscal strength. END_OF_DOCUMENT_TOKEN_TO_BE_REPLACED 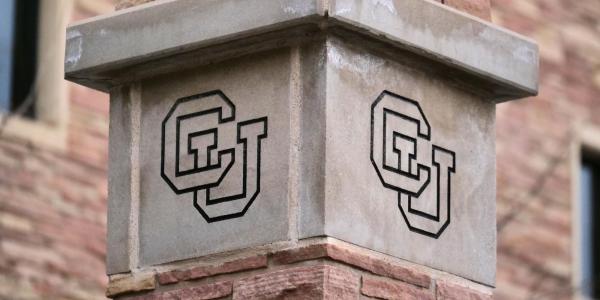