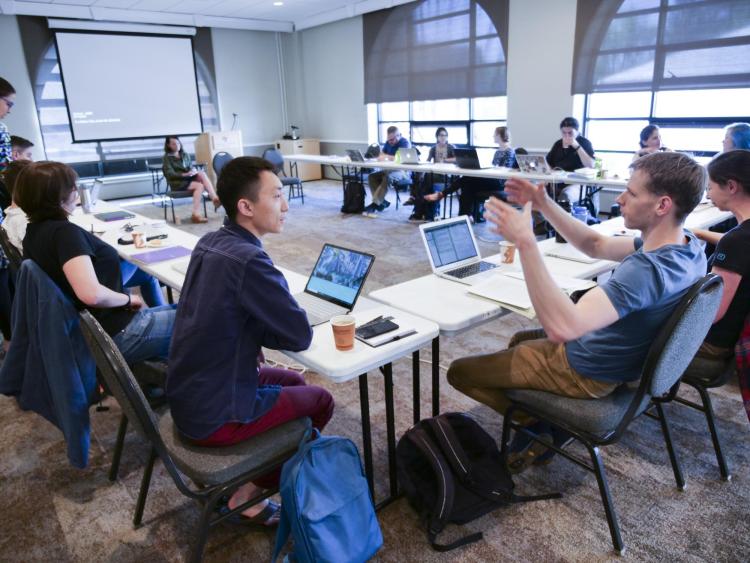 The task force charged with examining graduate student stipends and benefits has posted its draft report for a 60-day community review.

The draft report by the Graduate Task Force on Stipends and Benefits provides detailed information on recent investments the university has made to graduate student faculty compensation and how it compares with the University of Colorado Boulder’s Association of American Universities (AAU) public peers. The draft report also includes recommendations, in order of priority, that address graduate student fees, health care services and stipends.

“The task force worked closely with UGGS leadership to identify priorities of concern and has brought forth important comparison data,” said Leslie Reynolds, interim dean of the Graduate School and chair of the task force. “While we recognize that our recommendations may not be implemented immediately and that they may be limited by fiscal realities, the task force believes CU Boulder will benefit from further investments by being able to recruit and retain the best graduate students.”

The draft report acknowledges the differences in cost of living compared with other AAU public peers and the unique financial challenges that CU Boulder faces, a public research university receiving less than 5 percent of its funding from the state of Colorado.

“The task force recommends that the university, dependent on budget availability and beginning with AY 2020-21, move to remit mandatory fees for graduate students working on at least a 20 percent appointment and also consider the feasibility of implementing a separate fee structure for all graduate students,” Reynolds said.

“The task force also recommends that dental coverage and mental health services be expanded for those on the student gold health insurance plan and that the university consider resetting the benchmark established in 2016 for graduate student faculty stipends,” she added.

For the next 60 days, the university community is invited to provide comments on the draft report via the Task Force on Stipends and Benefits webpage.

Following the review and input period, the task force will make necessary additions and modifications and then submit the final report to Ann Schmiesing, senior vice provost for academic resource management, for her consideration and next steps.