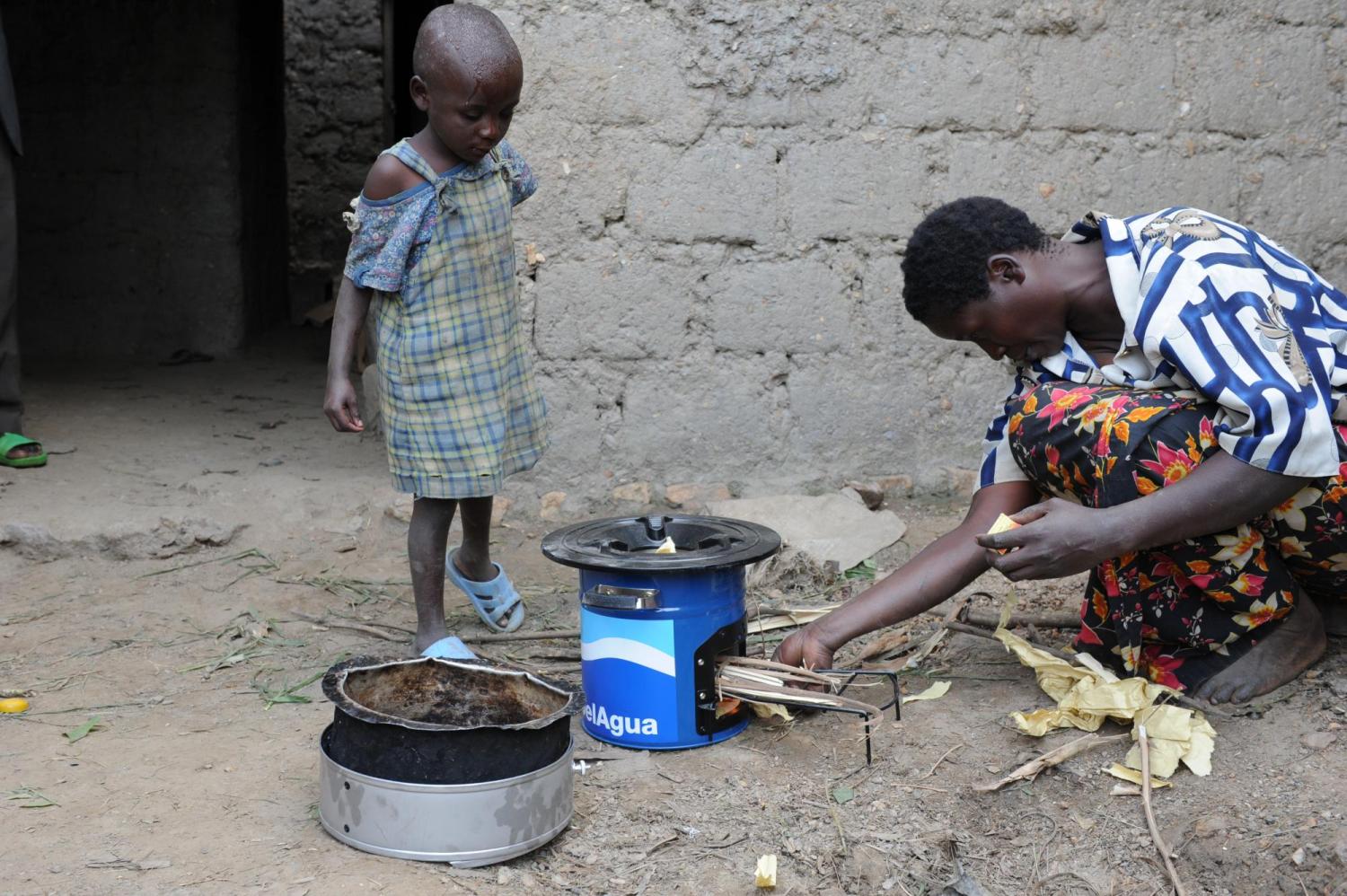 A family in Rwanda using a wood-burning cookstove as part of a large-scale delivery program. Photo: DelAgua Health

A large-scale program to deliver water filters and portable biomass-burning cookstoves to Rwandan homes reduced the prevalence of reported diarrhea and acute respiratory infection in children under 5 years old by 29% and 25%, respectively, according to new findings published today in the journal PLOS Medicine.

The results suggest that programmatic delivery of household water filters and improved cookstoves can provide a scalable interim solution for rural populations that lack access to safe drinking water and rely on traditional fires for cooking.

“Until now, there has been limited evidence of the effects when these products are delivered at scale,” said Evan Thomas, director of CU Boulder’s Mortenson Center for Global Engineering. “The study demonstrates the viability of bringing water filters and cookstoves to vulnerable households and will help inform future national initiatives.” 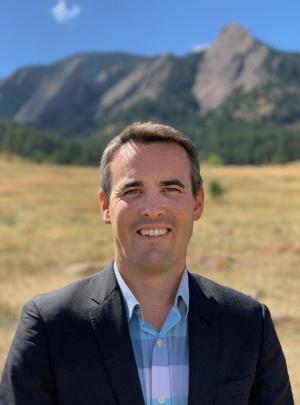 Unsafe drinking water and household air pollution are major causes of mortality around the world. An estimated 1.1 billion people lack access to safe drinking water, more than a third of whom rely primarily on open wells and untreated surface water that can be contaminated with human and animal feces.

Cooking indoors on traditional open-fire stoves with solid biomass fuels such as wood and charcoal has been linked with pneumonia, low birth weight and impaired development in children. Household air pollution is also associated with pulmonary and cardiovascular disease in adults. More than 80% of Rwandans rely on firewood as their primary fuel source.

“After neonatal disorders, pneumonia and diarrheal disease are the two leading killers of children under 5 years of age in Rwanda and much of sub-Saharan Africa,” said Professor Thomas Clasen of Emory University and the London School of Hygiene and Tropical Medicine, who led the health impact study.

“The results of this randomized controlled trial provide strong evidence that effective interventions can be successfully delivered and embraced by a population at risk, even in remote rural settings.”

In the fall of 2014, over 101,000 households with nearly half a million people from the poorest economic quartile of Rwanda’s Western Province were selected to receive a Vestergaard Frandsen LifeStraw Family 2.0 table-top household water filter and an EcoZoom Dura high efficiency portable wood-burning cookstove together with community and household education and behavior change messaging. Each household was visited approximately every 4 months for a year following the distribution.

The program was financed and led by the social enterprise DelAgua Health (in partnership with the Rwanda Ministry of Health) and branded “Tubeho Neza,” which translates to “live well” in Kinyarwanda.

“DelAgua is delighted that the study has confirmed some of the health benefits of a well-designed large scale intervention as well as the acknowledged reduction in carbon emissions,” said DelAgua Chairman Neil McDougall. “Key to this success has been the ongoing education and support of Rwandan Community Health Workers (CHWs). Without CHW involvement, the intervention would not have demonstrated the same health and other benefits and as such their involvement is integral to the success of this and similar future projects,”

Among children under 5 years of age, the intervention reduced seven-day prevalence of diarrhea by 29% and acute respiratory infection by 25%, although intervention use decreased throughout the study period. Drinking water quality also improved in the intervention arm, but adult and child personal exposures to fine particulate matter remained unchanged despite increased outdoor cooking.

The reported respiratory-related health impacts were surprising, however. Other biomass-burning stove intervention studies found no effect on self-reported respiratory symptoms among cooks and/or children, leading to efforts to shift to cleaner fuels such as LPG.

Moreover, investigators in the Rwanda study reported no reduction in personal level exposure to fine particulate matter (PM2.5) from the stoves among adult cooks or children. They suggested that the impact on respiratory infection could be attributable in part to an immunological boost from experiencing fewer enteric infections.

Overall, the results suggest that the program was effective in improving drinking water quality, and reducing risk of diarrhea and respiratory illness among children under 5, pointing the way toward an interim solution for healthier living while cleaner cooking solutions are developed and scaled to reach the poorest.

"The intent was to address the leading causes of illness and death in Rwanda, respiratory disease and diarrhea, especially among the lowest income households," said co-author Dr. Jean de Dieu Ngirabega, who was the director general of Clinical and Health Services in Rwanda Ministry of Health and later the head of the Institute of HIV/AIDS, Disease Prevention and Control in Rwanda Biomedical Center during the course of the program.

"The program's success speaks in part to the hard work of our Community Health Workers, who trained households on the use of these technologies over several years. I am pleased that these results show these positive health benefits can be achieved at scale. It is an opportunity for low-income countries to meet the targets set out in Sustainable Development Goal 3 (SDG3) for health."

“These results should have important policy implications in Rwanda and beyond. We see strong evidence that the intervention provides significant benefits that might continue to accrue if the program continues to be supported,” said Thomas, an associate professor in the College of Engineering and Applied Science who designed and managed this program for DelAgua from 2012 through 2016. Thomas first started working in Rwanda in 2003 with Engineers Without Borders while studying at CU Boulder.

CU Boulder’s Mortenson Center supports 70 graduate students working in 24 countries globally on water, sanitation, energy and infrastructure. More than a dozen new international engineering programs have been added to the center’s portfolio in recent years, including partnerships in France, England, Australia, Ecuador and China, offering all interested students the opportunity of a global experience.

The new paper was co-authored by Corey Nagel from the University of Arkansas, Miles Kirby and Laura Zambrano of Emory University Rollins School of Public Health, Ghislaine Rosa of the London School of Hygiene and Tropical Medicine, Sanctus Musafri of the University of Rwanda and Dr. Jean de Dieu Ngirabega of the Rwanda Biomedical Center and East African Health Research Commission. CU Boulder Professor Karl Linden and alumna Christina Barstow contributed to the program’s design and research.

With National Science Foundation support, a CU Boulder-led initiative aims to attract underrepresented people to geosciences and foster grassroots ideas at the frontier of “inclusive and collaborative science.” END_OF_DOCUMENT_TOKEN_TO_BE_REPLACED

Researchers from CU Anschutz and CU Boulder are developing an artificial intelligence tool to diagnose dementia at earlier stages in an effort to curb its progress and plan more effective treatment options. END_OF_DOCUMENT_TOKEN_TO_BE_REPLACED

A new CU Boulder-led study documents how a durable plastic can be perpetually broken down and remade, without sacrificing its desired physical properties. END_OF_DOCUMENT_TOKEN_TO_BE_REPLACED
Return to the top of the page