The CU Museum of Natural History has debuted a new exhibit of works by potter Maria Martinez, a groundbreaking Puebloan artist known for her distinctive black-on-black designs

What: Poveka: Master Potter Maria Martinez
When: Feb. 13 through summer 2019
Where: CU Museum of Natural History
Tickets: Free and open to the public

The exhibit opened this week and includes more than 20 pieces by Martinez, whose given name was Poveka, a Tewa word meaning “pond lily.” Born in 1887 in San Ildefonso Pueblo in New Mexico, Martinez became a major force in expanding the influence of the region’s pottery beyond the Southwest. Her fame earned her, among other accolades, several invitations to the White House and a medal from the University of Colorado.

Stephen Lekson, retired curator of archaeology for the CU Museum, said that the new display is a prime showcase for the master potter’s skill. The exhibit boasts numerous finished pieces by Martinez, but also a series of bowls that show, step-by-step, how the artist achieved her signature look: layered matte-black designs over a polished-black surface.

“Maria was critical to getting pottery recognized as an art, rather than curios you sold in a railroad station,” said Lekson, a professor in the Department of Anthropology. “Her work was new and dynamic and different.” 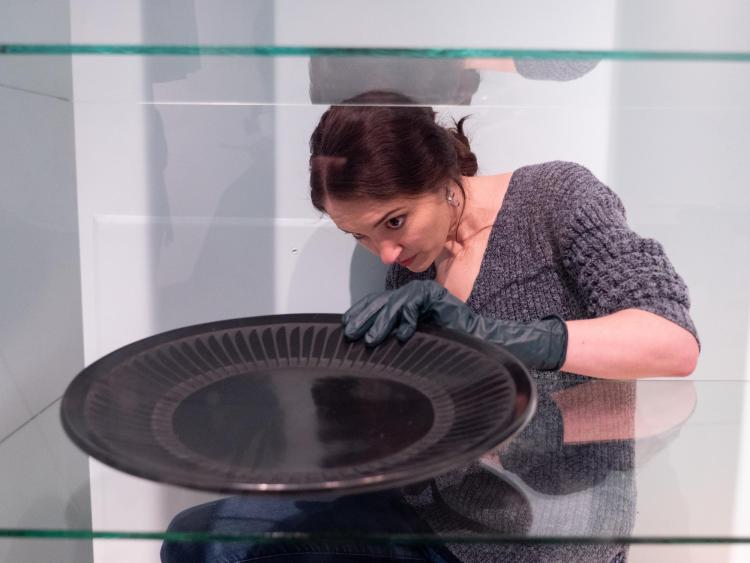 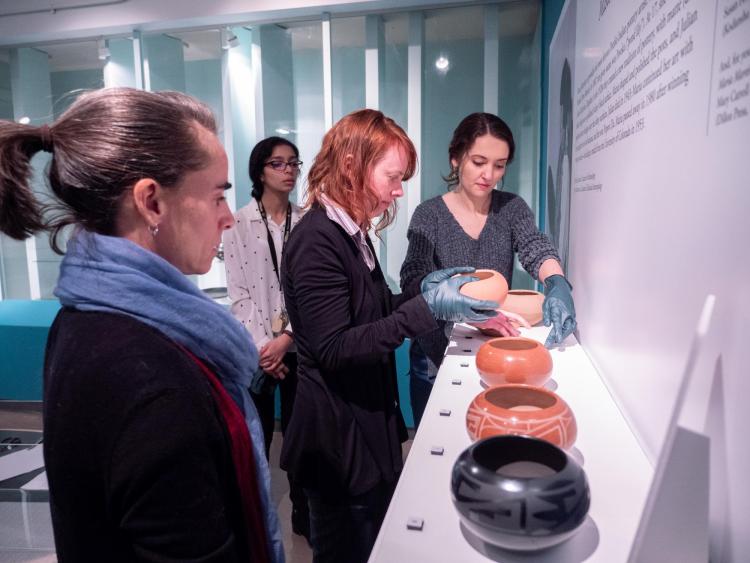 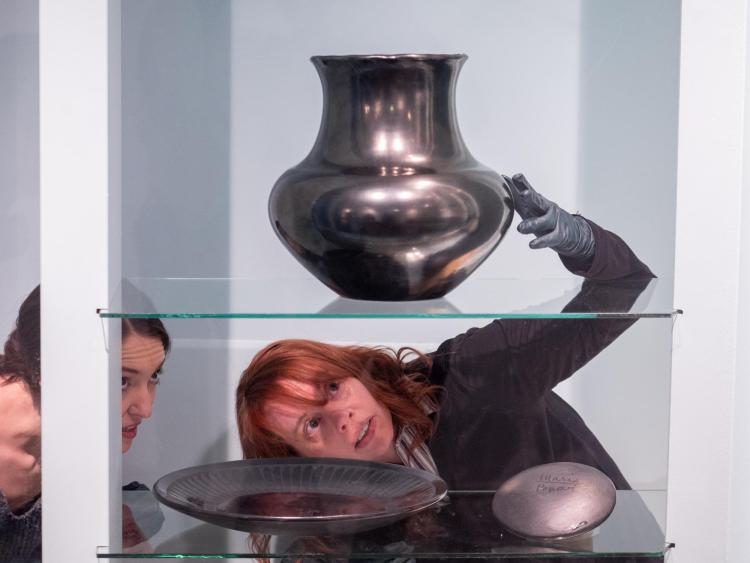 Getting Martinez’s pottery ready for the public was delicate work, said Alex Elliot, a master’s student in CU Boulder’s Museum and Field Studies Graduate Program. She and her colleagues on the museum’s collections team had to lower the nearly two-dozen pieces of fragile pottery into place, careful not to jostle the priceless works of art.

“Getting to show it off is so much fun,” said Elliott, who’s studying to be a professional museum collections manager. “It’s also a little nerve-wracking.”

The pieces on display highlight a wide range of shapes and designs, from large plates to delicate pitchers decorated with motifs of feathers, deer and other animals.

The collection is a mix of old and new, Lekson said. Like many other potters of her era, Martinez relied on traditional techniques to craft her artwork. She used smooth stones to polish her pots and baked them in an open fire, not a kiln.

But the artist and her collaborators were also savvy experimenters. Maria Martinez and her husband Julian invented their black-on-black style in the early 1900s, inspired by pottery shards uncovered from an ancestral Pueblo site located nearby. The trick, Lekson said, didn’t come from a special glaze or paint, but from how the couple managed their fires.

“They figured out that when the fire started to get cool, right toward the end, if you smothered it, the smoke would penetrate the pottery,” Lekson said.

Martinez also signed many of her creations, a noteworthy flourish at a time when few indigenous women got individual credit for their work.

“It highlighted the importance of individual artists associated with their names and a certain expectation of the quality and the design,” said Jennifer Shannon, curator of cultural anthropology in the CU Museum and an associate professor in the Department of Anthropology.

Poveka’s renown also brought her recognition from the University of Colorado. Then-President Robert Stearns awarded Martinez a university medal during a ceremony in 1953. To commemorate the occasion, the artist gifted the university with one of her creations: a tall, gunmetal-gray pot that looks like a vase. Visitors to the exhibit can see that sleek pot alongside other works by Martinez in the Museum of Natural History’s Anthropology Hall.

“I think it’s really special that in the early 1950s, she was already being recognized as a famous potter—and she still is today,” Shannon said. 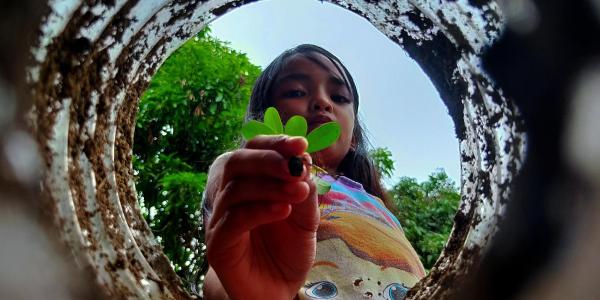 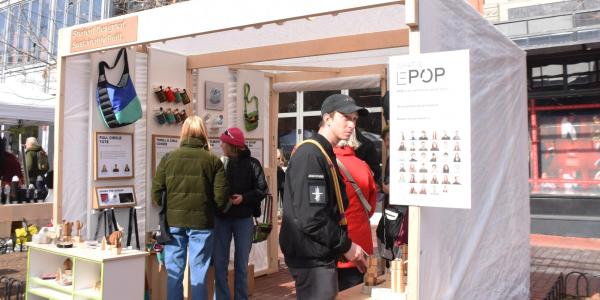 Environmental Design students at CU Boulder partnered with Firefly Handmade Market to exhibit and sell sustainable products that tell a larger story about the need for action now to fight climate change. END_OF_DOCUMENT_TOKEN_TO_BE_REPLACED 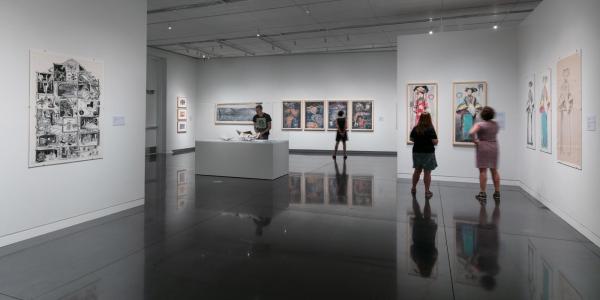 Acquired by the university in 2018, this giant collection of artwork created at Shark's Ink printmaking studio in Lyons, Colorado, spans more than four decades and illustrates a variety of printmaking techniques. The public is invited to an open house on Saturday, Sept. 10. END_OF_DOCUMENT_TOKEN_TO_BE_REPLACED
Return to the top of the page