William Weber claims a unique honor at his retirement community in Boulder: In the garden behind this complex is a species of lichen named after him. 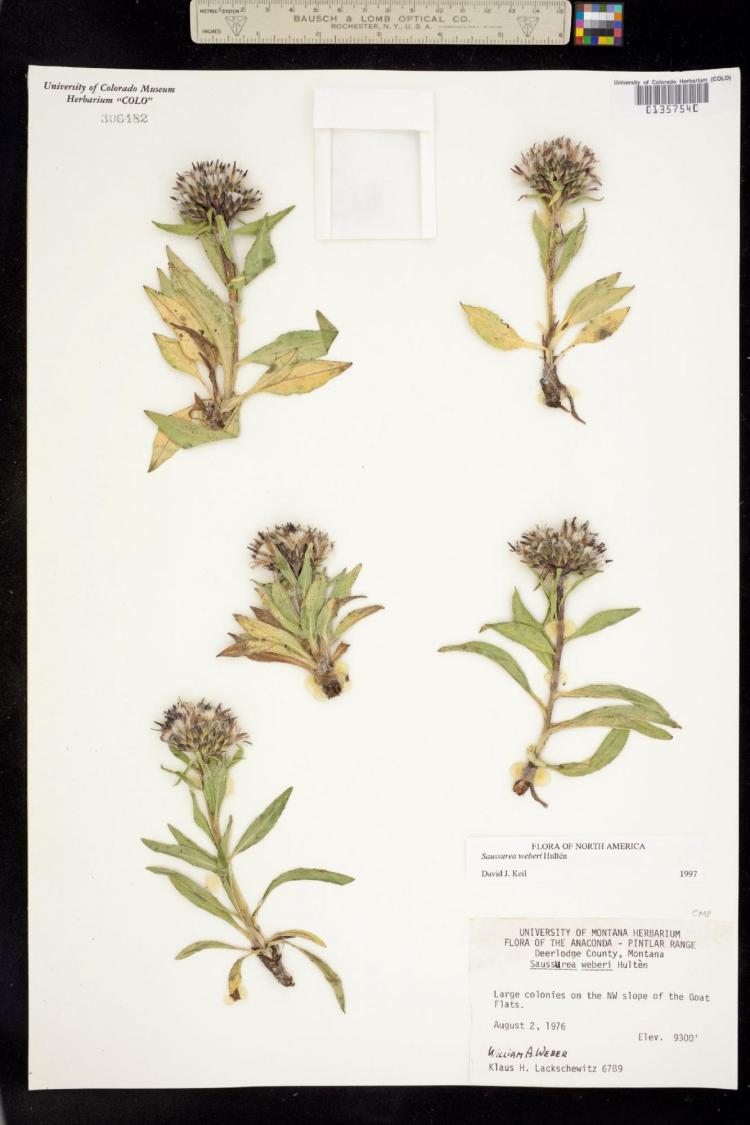 Weber, who will turn 100 in November, is a botanist and a professor emeritus at CU Boulder. His namesake lichen, Lecanora weberi, grows on a rock in the community’s memorial garden. It’s a seafoam-colored species with specks of orange.

The lichen is one of about 30 species named after Weber, who joined the CU Boulder faculty in 1946—first as a lecturer in biology and then as a curator in the Museum of Natural History. These “eponyms” include Saussurea weberi, a rare plant with purple flowers from Colorado, and Metzgeria weberi, a liverwort from New Guinea.

They’re a testament to Weber’s decades of work spent scouring Colorado and far-flung locales, such as New Guinea and the Galápagos Islands, to find new flowering plants, mosses and lichens.

Another testament to the almost-centenarian’s career are the three lifetime achievement awards in botany that he received this summer. They include the Acharius Medal for Outstanding Contributions to Lichenology from the International Association for Lichenology. The medal is the highest honor a scientist can receive for studying these strange organisms—in which fungi and single-celled algae or cyanobacteria work together to grow and thrive.

Erin Tripp, the current curator of botany at the Museum of Natural History, said that the awards are a well-deserved recognition for a decades-spanning career. Weber founded the museum’s herbarium collection, which today includes roughly 600,000 specimens—ranging from colorful lilies to forest mushrooms.

“There are very few human beings that have had the kind of expertise that he has—not just in flowering plants, but in mosses and lichens, too,” said Tripp, also an assistant professor in the Department of Ecology and Evolutionary Biology. “He’s done everything.”

Weber, however, hasn’t let the honors go to his head. “I take these things in stride,” he said. 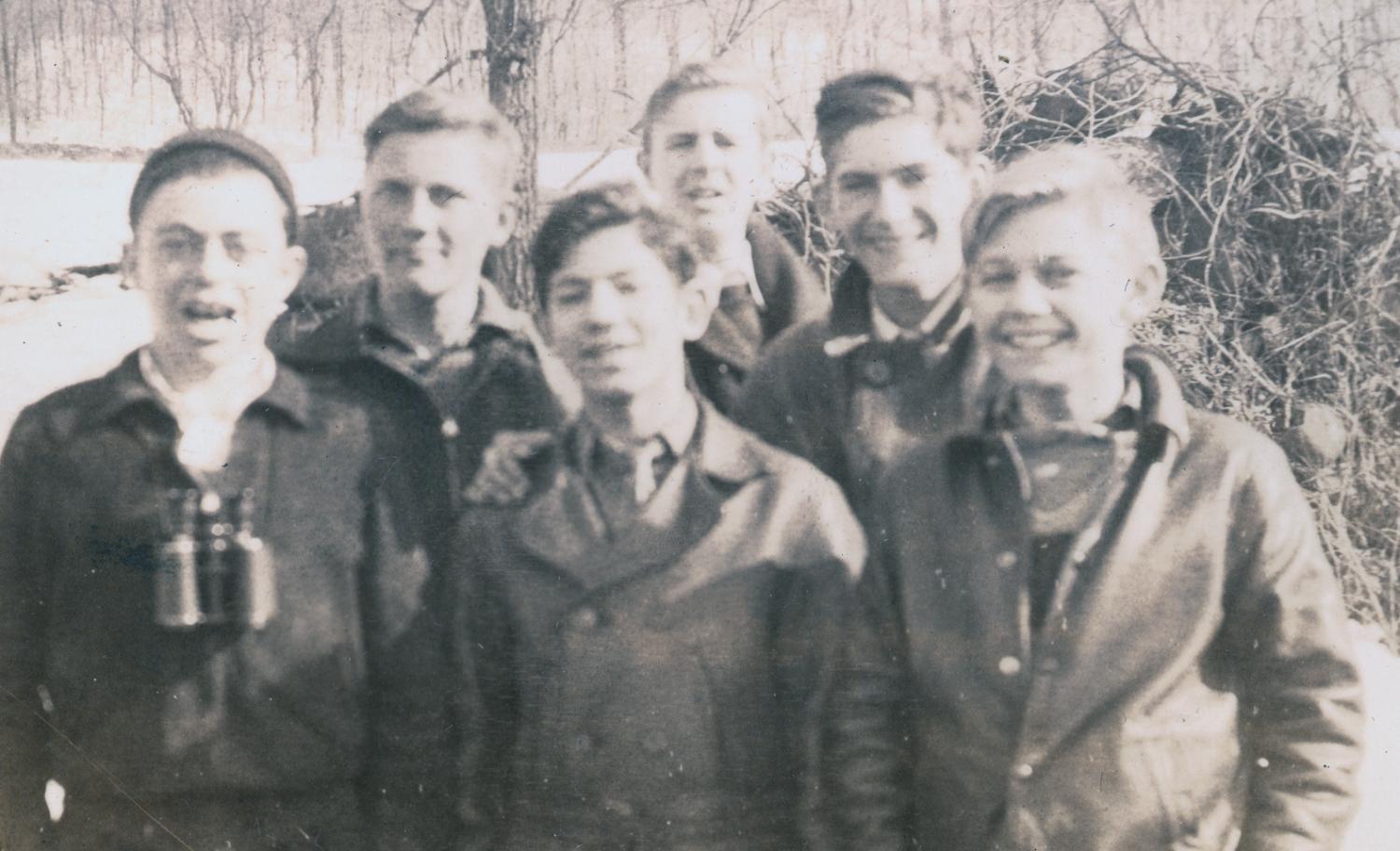 William Weber (second from left) poses with other members of the Sialis Bird Club, a group he founded in New York City in the 1930s. Credit: W.A. Weber collection

Colorado to the Galapagos

He’s had plenty of time to practice. The scientist was 5-years-old when his cousin, a naturalist himself, gave Weber his first microscope. 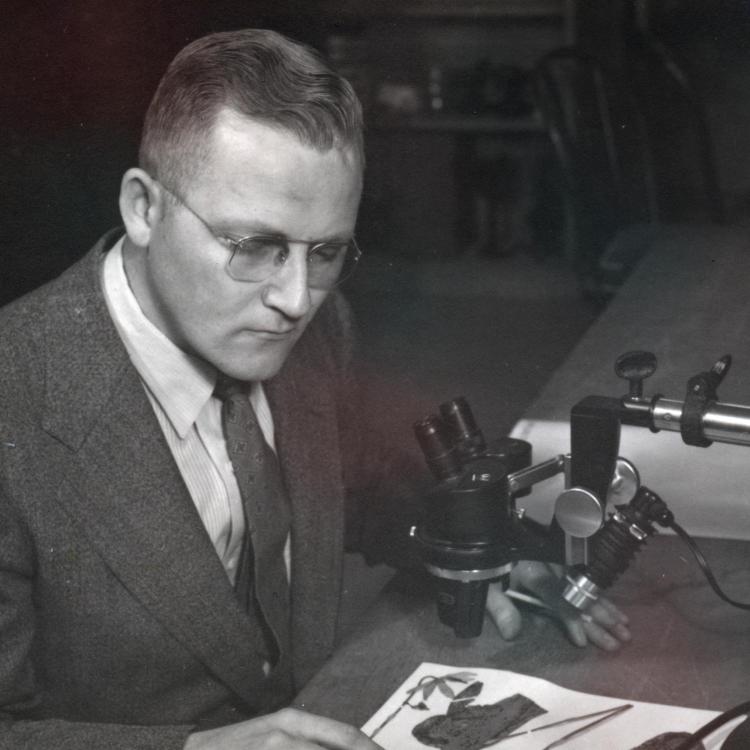 “I knew how to grow paramecium and amoebas, and I was spouting Latin names when I was this little tiny thing,” Weber said from an easy chair in his Boulder apartment.

As a child growing up in Manhattan, he rubbed shoulders with some of New York City’s most prominent naturalists. Famed botanist Elizabeth Gertrude Britton personally ejected Weber from a public garden after he tried to steal a leaf from a skunk cabbage for show-and-tell at his school.

He never lost that excitement for the natural world, said Tim Hogan, collections manager of botany at the Museum of Natural History.

“He always had this little boy enthusiasm about plants,” said Hogan, who worked with Weber at the university. “He would tell you, ‘Come here and look at this.’”

Still, when Weber arrived at CU Boulder, it was no place for an avid botanist. The university’s plant holdings at that time included fewer than 50,000 specimens. He convinced the then director of the museum to begin a real herbarium, which for years occupied half of an attic on campus, and set about collecting.

“I began to make a manuscript of the plants of the Flatirons, for example, then Boulder, County, then the state of Colorado and so on,” he said.

Weber covered a lot of ground before he retired from CU Boulder in 1990. The scientist studied and collected flowering plants, mosses and lichens from every continent except Africa. He spent a year in Sweden, searched for plants in the mountains of Nepal and was the first researcher to make an exhaustive study of the lichens of the Galápagos. As a result, researchers from around the world now turn to the CU Boulder herbarium to study the evolution and ecology of plants and other organisms, Tripp said. 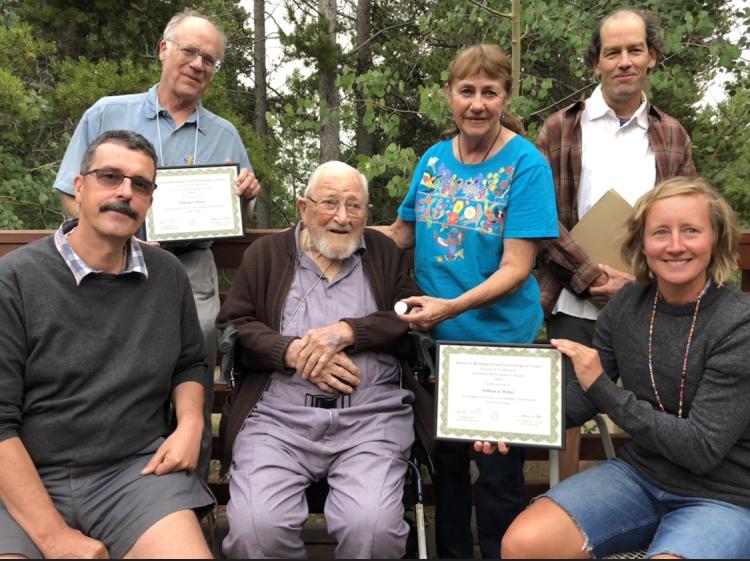 “Our strength is Colorado, but for Dr. Weber, the herbarium was only meaningful when put into a global context because plants and fungi get around the world,” she said. The current team at the CU Boulder herbarium includes Tripp, Hogan and Dina Clark, also a collections manager of botany.

Today, Weber is fond of sharing stories about his globe-trotting adventures and his turn as Boris Kolenkhov, a Russian dancing master, in a local production of the play You Can’t Take It with You. In May, he also walked part of the BolderBOULDER using his walker, which carried a sign reading “100 years young. Still going strong.” 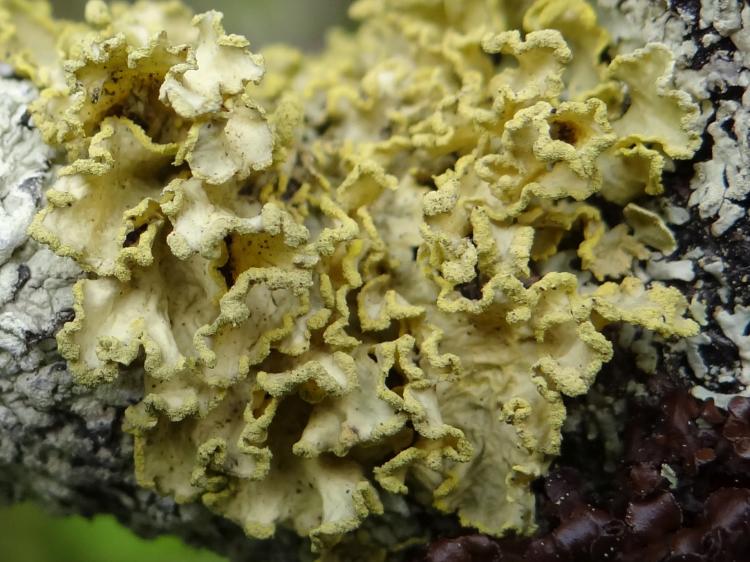 From plants to lichens

In addition to the Acharius Medal, which was awarded in July, Weber was the first-ever recipient in August of two honors from the American Bryological and Lichenological Society. They were the Chicita Culberson Award for Lifetime Achievement in Lichenology and the Elizabeth Britton Award for Lifetime Achievement in Bryology—named after the same Elizabeth Britton who once kicked a young Weber out of a garden in New York.

Weber said what he’s most proud of about CU Boulder’s herbarium collection—which like that lichen in his backyard, is now named after him—isn’t its size but its diversity.

More than 40 percent of the specimens in the Museum of Natural History’s collection are mosses and lichens. They include Colorado species like the pale-footed horsehair lichen (Bryoria fuscescens), which grows like a ponytail on tree branches, and the powdered sunshine lichen (Vulpicida pinastri), which looks a bit like a small head of cabbage.

Casual hikers might not take note of these growths, but Weber said that lichen lineages are likely hundreds of millions of years old. By studying where and how lichens grow, scientists can learn a lot about how continents and life moved across the globe.

“I am proud of the fact that, unlike most herbaria that are [made up of] flowering plants, we have an excellent collection of fungi, lichens, algae,” Weber said. “That’s what I’m very proud to leave behind.” 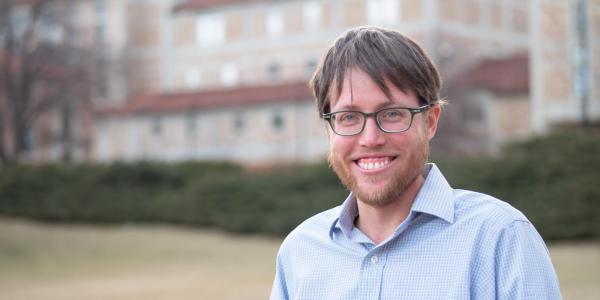 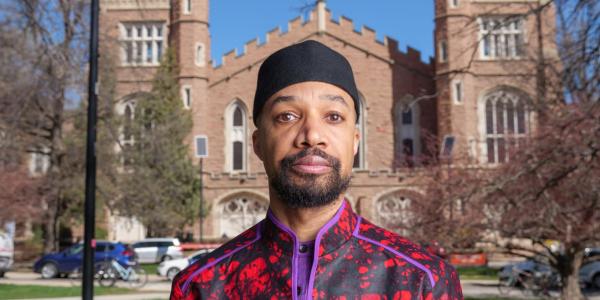 Reiland Rabaka, professor of African, African American and Caribbean Studies in the Department of Ethnic Studies, is the founder and director of CU Boulder’s Center for African & African American Studies (CAAAS, pronounced “cause”). END_OF_DOCUMENT_TOKEN_TO_BE_REPLACED 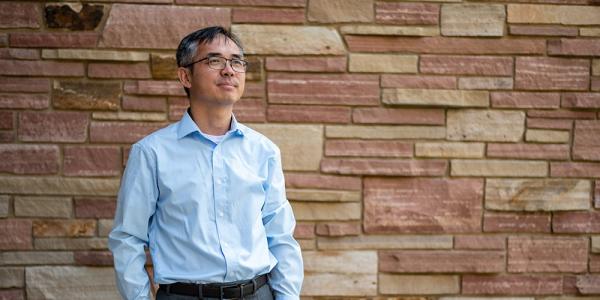 Professor Dan Zhang was recently honored with a teaching award for enthusiasm, engagement and his Advanced Analytics course for MBA students, which includes teachings in the R programming language.​ END_OF_DOCUMENT_TOKEN_TO_BE_REPLACED
Return to the top of the page