Recreate Your Roots festival presents music for the people, by the people 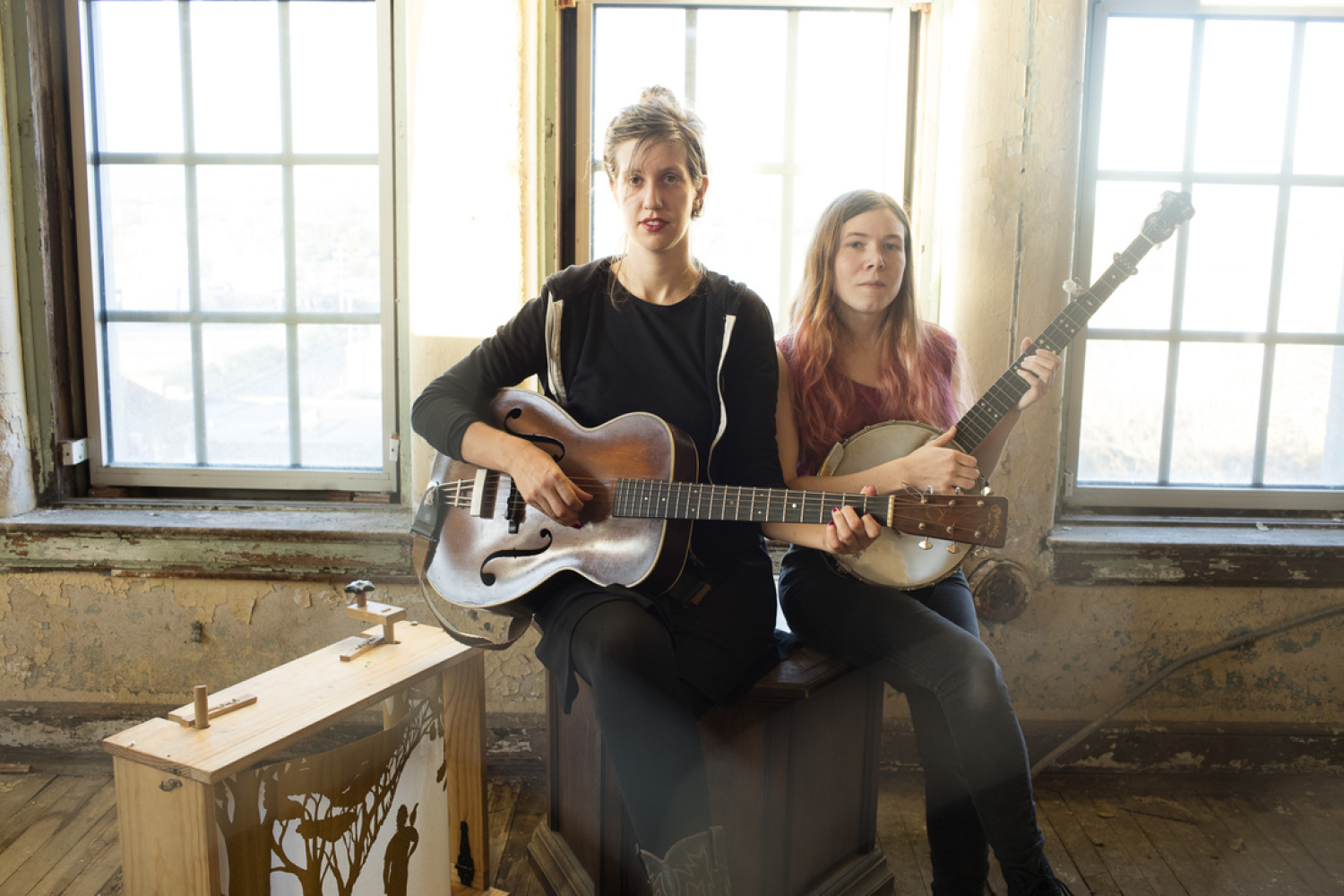 As part of the Recreate Your Roots festival, Dom Flemons and Anna & Elizabeth (pictured here) will perform a free concert on Feb. 7.

The American Music Research Center (AMRC) at the College of Music is bringing together musicians representing a diverse cross-section of American roots music traditions—think banjos, fiddles, drums—in an ear-opening festival for present-day listeners. Over two weeks—Jan. 22-25 and Feb. 5-7, 2018—Recreate Your Roots will include concerts, TED-style talks and community gatherings for all ages throughout Boulder County.

“Recreate Your Roots celebrates a range of folk music in various formats—from concerts to colloquia—in campus and community settings that invite and inspire conversation,” says AMRC Director Tom Riis of the festival that was two years in the making. “Through free and public programs on campus and in Lafayette—as well as school outreach—we aim to engage a broad audience in different community circumstances.”

Indeed, Recreate Your Roots is a little like a summer camp in the woods brought to the city, featuring visiting musicians and collaborators—Jayme Stone’s Folklife, Anna & Elizabeth, and Dom Flemons—who honor and explore the origins and social underpinnings of the songs they play.

“Jayme has listened to thousands of pieces preserved in the Library of Congress’ archives,” continues Riis, who will retire in June and considers Recreate Your Roots his swan song of sorts. “Jayme had the idea to go into this collection to uncover the seeds of modern folk music. These beautiful songs have a rich history, a legacy.

“In Recreate Your Roots, we present songs in a modern, collaborative context that’s both exciting and engaging—beyond a history lesson.” Specifically, the festival presents songs that come with stories of black cowboys, slyly political Caribbean dancers, and the kind of woman who wouldn’t leave her house without her fiddle and her rifle.

“We treat old field recordings not as time capsules, but as heirloom seeds passed down from a bygone generation,” says Stone, internationally-known banjoist, composer, song curator and coordinator of Recreate Your Roots. “The festival presents amazing musicians who share a certain electricity in their work and who have found ways to create conversations with the past that are still relevant and resonant today.

“We’re recreating and reworking timeless melodies with an approach that’s both studied and freewheeling. All the performers and presenters have a great respect, knowledge and understanding of these traditions and an equal appreciation for what it means to express their own voices.”

For example, Anna & Elizabeth learn old traditional songs from master elders (especially women) and archives, then weave in new musical ideas and add elements of performance, including dance and moving panoramas or “crankies.” They also take inspiration from other musicians dwelling in storytelling and landscape places—like Laurie Anderson and Nick Cave—and put an avant-garde spin on traditional bluegrass and progressive folk.

“From Black Lives Matter to #MeToo, we’re witnessing cultural shifts that are sometimes easier to recognize and contextualize when you look backward,” says Stone. “For my part, I have more questions than answers, and I think that’s perfectly wonderful as a starting point to real conversations about this cultural moment—and how we got here.”

“The caliber of artists and the intimacy of Recreate Your Roots events are both unique and rare,” adds Stone. “In a world of quick soundbites, it’s nice to create space where deeper conversations and sustained engagement with music are possible.”

“Ultimately, Recreate Your Roots is a celebration that embodies the values we associate with folk music,” concludes Riis. “Through music and storytelling—between the performers and our audiences—we’re sharing common experiences of humanity.”

Widespread support for Recreate Your Roots comes from Women and Gender Studies, Center for Humanities and the Arts, Office of Diversity, Equity, and Community Engagement, Roser Visiting Artists Endowment, President’s Fund for the Humanities, local businesses and volunteers.

Recreate Your Roots Events (all events are free)

Curiosity drives Lydia Wagenknecht, a PhD candidate in ethnomusicology and recent recipient of a Fulbright Research Award. “I care that my research will help us understand something in a more broad-based way that we didn’t understand before,” she says. END_OF_DOCUMENT_TOKEN_TO_BE_REPLACED

We’re so excited to welcome alumnus Damani Phillips back to campus this week and to present him the College of Music’s 2022 Distinguished Alumnus Award at our commencement ceremony on May 5! “The versatile training provided by CU has been the cornerstone of my success to date, and has enabled me to do and be many things well beyond typical expectations,” he says. Meet Phillips and discover his powerful advice to graduating Music Buffs. END_OF_DOCUMENT_TOKEN_TO_BE_REPLACED

On May 5, we look forward to welcoming back Judith Glyde, formerly professor of cello and chamber music at the College of Music and chair of our string faculty. Since retiring in 2014 to live in New York City, the professor emerita she has been active with the college’s alumni community there, offering tremendous support to Forever Buffs who are now living and working in the city. END_OF_DOCUMENT_TOKEN_TO_BE_REPLACED
Return to the top of the page