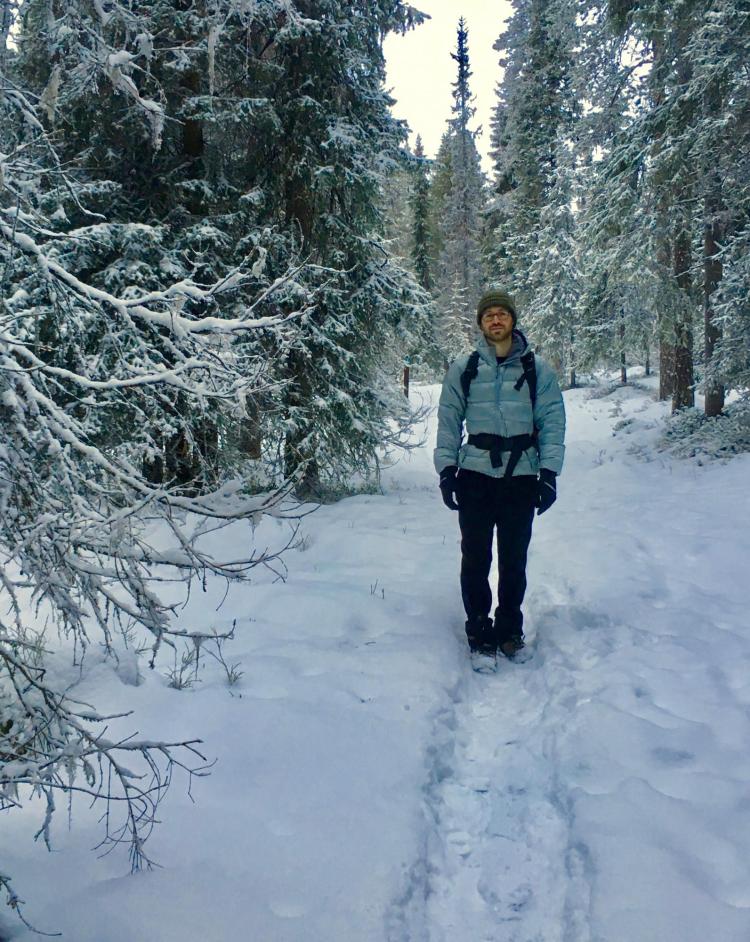 Finland is one of those far-off places that you may not often think about. When you hear the name, you might picture a scene out of “Frozen”—darkness, snow, ice. After all, it’s one of only eight countries on the planet that is partially located north of the Arctic Circle.

But the unique musical and folk traditions of the Nordic country are coming to life this fall at the College of Music, starting with a Faculty Tuesday performance featuring Finnish music and its influence on the work of one composition student.

“Time feels different there than it does here—more visceral. For one thing there’s a built-in rhythm to the language, which through its lengthened phonemes, has a musical weightiness to it. Also, because it’s so far north and daylight is so scarce in the winter, there is a patience and even a joy that is learned from darkness.”

Conor Brown is a second-year master’s student and the first recipient of the College of Music’s Finnish Jubilee Composition Scholarship. Spearheaded by Composition Chair Daniel Kellogg and donors Don and Maria Johnson—he a local architect and she a dancer, both with ties to Finland—the scholarship began as a commission for a student to write a piece to celebrate the 100th anniversary of the country’s independence, happening this year.

Then, it started to evolve. “I met with the Johnsons, and after talking about the project, it became clear that in order to do the piece justice, I needed to go to Finland.”

Brown spent 10 days in the capital city of Helsinki and in Rovaniemi, a town on the Arctic Circle, learning from experience and shaping his work with the help of Finnish accordionist Hannu Rahikainen. The on-the-ground learning led to his piece, which Professor of Clarinet Daniel Silver, graduate quartet in residence the Ajax Quartet and vocalist-accordionist Alicia Baker will premiere on Oct. 24 at Faculty Tuesdays.

“The text comes from two poems from two different rural regions of Finland,” Brown explains. “But the music isn’t meant to imitate Finnish music. Part of my background is in Bulgarian, Macedonian and klezmer music as a clarinetist, so that influence is felt in all my compositions. I decided not to write that out of the piece, but rather to include the Finnish influence primarily through text.”

This won’t be the only performance of the piece: It travels down U.S. 36, where the same group will perform on the CU Denver campus, and east to Washington, D.C., where the College of Music has been invited to perform at the Finnish Embassy.

Dean Robert Shay says in addition to celebrating Finland’s culture, the hope is that this fall’s events will help nurture a partnership between the college and Finland’s Sibelius Academy. 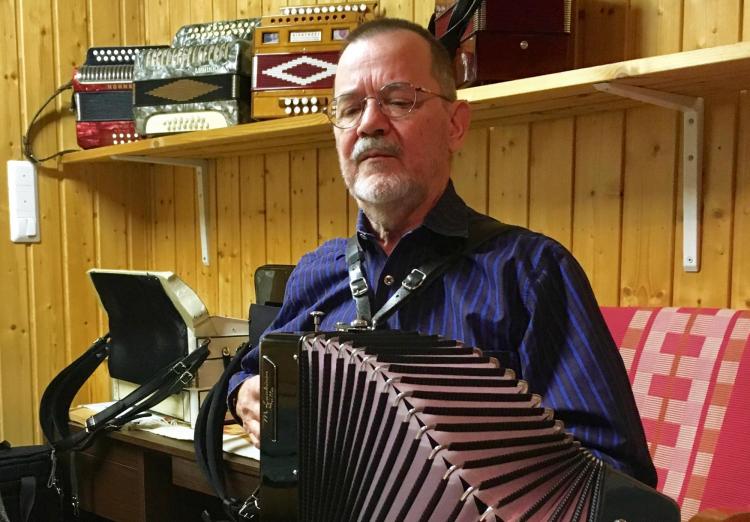 “Dean Emeritus Dan Sher first started building a relationship with former Sibelius Academy Dean Tuomas Auvinen when he was president of the National Association of Schools of Music, and I had a chance to talk with current Dean Kaarlo Hildén earlier this month at a meeting with the Sibelius Academy’s other partner schools in New York,” Shay explains. “Part of the vision of the ‘College of Music Advantage’ is to create impactful partnerships with a handful of leading international schools, to provide our students and faculty with opportunities to make connections and gain insights into other approaches to musical study.”

In what the college hopes is the first of many exchanges with the academy, Daniel Kellogg joins Shay and Director of Orchestras Gary Lewis on a trip next week to Helsinki. He says the chance to observe composers, conductors and educators at one of the most highly regarded musical institutions in the world doesn’t come up every day.

“We’re from different parts of the world, so it broadens our view to observe different philosophies and exchange ideas about teaching methods and music.”

Kellogg and the composition department welcome a Sibelius Academy faculty composer to the college later this month for a seminar with students, yet another element of the month-long celebration set in motion by Don and Maria Johnson’s creativity and generosity.

“Maria is from Finland, and the Johnsons have been forging a relationship between Finland and CU Denver’s College of Architecture and Planning for years,” Kellogg says. “It’s really exciting to have donors with such a passion for creating these amazing opportunities, beyond the classroom, for our students.” Check out this Q&A with the Johnsons about why they support the College of Music.

Brown, a Boulder native who began composing music when he was just 10 years old, says the cultural exchange between CU and Sibelius could take musical study at both institutions to a new level.

“I think the culture at the academy is very different from CU Boulder. Seeing those two different styles in action can be helpful in training composers here and in Finland.”

Olivia Huizar Conner shares how her background inspires her to promote Diversity, Equity and Inclusion (DEI) in music. END_OF_DOCUMENT_TOKEN_TO_BE_REPLACED

Alumna Annie Booth shares how the College of Music continues to impact her career as an award-winning jazz pianist, band leader, composer/arranger and educator—and offers valuable career advice. END_OF_DOCUMENT_TOKEN_TO_BE_REPLACED
Return to the top of the page