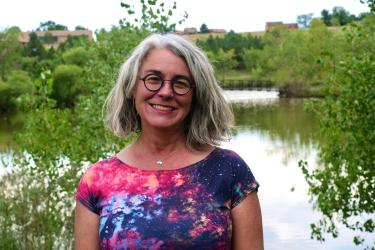 I am a cultural anthropologist and historian specializing in contemporary Tibet. My research focuses on issues of colonialism and empire, history and memory, power and politics, refugees and citizenship, nationalism, senses of belonging, gender, war, and anthropology as theoretical storytelling. Since 1994, I have conducted research in Tibetan refugee communities in India and Nepal on the history and politics of the guerilla army Chushi Gangdrug, culminating in my book Arrested Histories: Tibet, the CIA, and Histories of a Forgotten War (Duke University Press, 2010). Thinking of 20th-21st century Tibetan histories and experiences as imperial in a global sense is a key part of my work in relation to the CIA, British India, and the People’s Republic of China. My work on empire beyond Europe can be found in Imperial Formations (2007, co-edited with Ann Stoler and Peter Perdue), and in Ethnographies of U.S. Empire (2018, co-edited with John Collins). Currently, I am completing a book about the Pangdatsang family, Tibet, and British India in the first half of the 20th century, and finishing a decade of research in France, India, Nepal, New York City, Switzerland, and Toronto titled "Refugee Citizenship: Asylum, Refusal, and Political Subjectivity in the Tibetan Diaspora." I also write about ethnography, pedagogy, and am the editor of Writing Anthropology: Essays on Craft and Commitment (2020, Duke University Press.)

I regularly teach classes on Tibet and the Himalayas, feminist anthropology, history and memory, and contemporary social theory.

*Professor McGramahan is not accepting graduate students for Fall 2023

Thinking of 20th-21st century Tibet histories and experiences as imperial in a global sense in relation to the CIA, British India, and the People’s Republic of China is a key part of McGranahan’s work. Her work on Tibet as an “out-of-bounds” empire can be found in “Imperial Formations”, an SAR volume she co-edited with Ann Stoler and Peter Perdue. Currently, she is working on two new projects: a Wenner-Gren funded project with John Collins on “Ethnographies of U.S. Empire,” and a new solo research project with Tibetans in India, Nepal, New York City, and Toronto titled “Refugee Citizenship: Tibetan Practices of Political Subjectivity in Diaspora.”

View an interview with Professor McGranahan about her new book, “Arrested Histories: Tibet, the CIA, and Histories of a Forgotten War”.