Hidden pockets of water could be much more common on the surface of the moon than scientists once suspected, according to new research led by CU Boulder. In some cases, these tiny patches of ice might exist in permanent shadows no bigger than a penny.

“If you can imagine standing on the surface of the moon near one of its poles, you would see shadows all over the place,” said Paul Hayne, assistant professor in the Laboratory of Atmospheric and Space Physics at CU Boulder. “Many of those tiny shadows could be full of ice.”

In a study published today in the journal Nature Astronomy, Hayne and his colleagues explored phenomena on the moon called “cold traps”—shadowy regions of the surface that exist in a state of eternal darkness.

Many have gone without a single ray of sunlight for potentially billions of years. And these nooks and crannies may be a lot more numerous than previous data suggest. Drawing on detailed data from NASA’s Lunar Reconnaissance Orbiter, the researchers estimate that the moon could harbor roughly 15,000 square miles of permanent shadows in various shapes and sizes—reservoirs that, according to theory, might also be capable of preserving water via ice.

Future lunar residents, in other words, may be in luck. 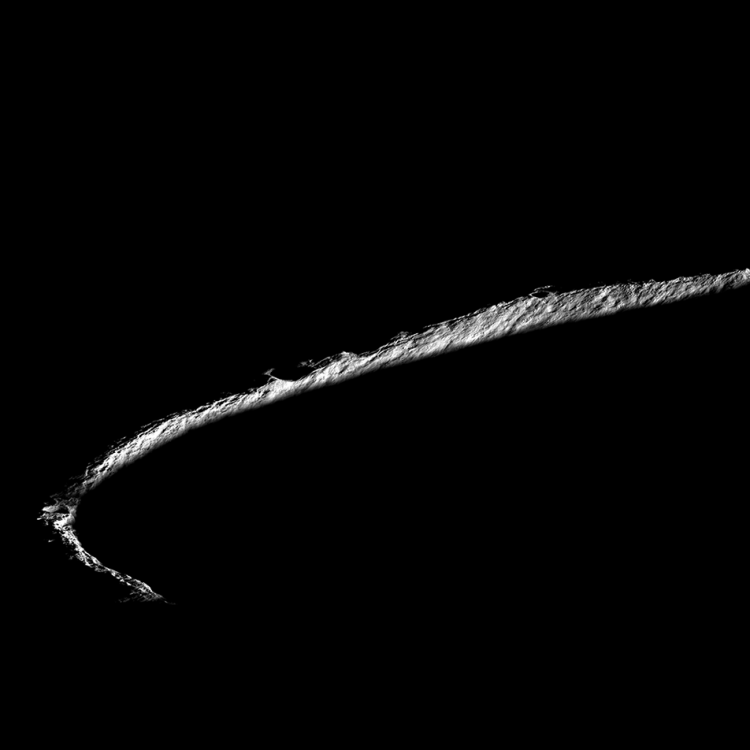 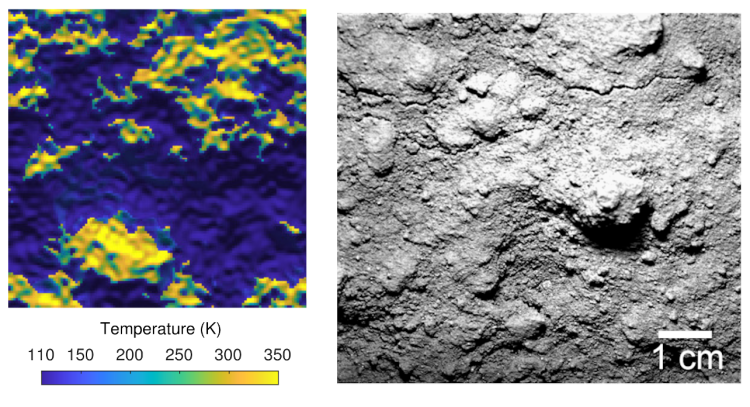 Top: Sunlight catches the rim of Shackleton Crater near the moon's south pole; bottom: Using computer simulations, Paul Hayne and his colleagues developed a hypothetical temperature map (left) in kelvin of a small stretch of the lunar surface. For comparison is a photo taken by Apollo 14 astronauts (right) of a patch of moon about the same size. (Credit: NASA/GSFC/Arizona State University; Paul Hayne, NASA)

“If we’re right, water is going to be more accessible for drinking water, for rocket fuel, everything that NASA needs water for,” said Hayne, also of the Department of Astrophysical and Planetary Sciences.

To understand cold traps, first take a trip to Shackleton Crater near the moon’s south pole. This humungous impact crater reaches several miles deep and stretches about 13 miles across. Because of the moon’s position in relation to the sun, much of the crater’s interior is permanently in shadow—a complete lack of direct sunlight that causes temperatures inside to hover at around minus 300 degrees Fahrenheit.

That forbidding nature, however, may also be key to these craters’ importance for planned lunar bases. Scientists have long believed that such cold traps could be ideal environments for hosting ice—a valuable resource that is scarce on the moon but is occasionally delivered in large quantities when water-rich comets or asteroids crash down.

“The temperatures are so low in cold traps that ice would behave like a rock,” Hayne said. “If water gets in there, it’s not going anywhere for a billion years.”

In their latest research, however, Hayne and his colleagues wanted to know how common such traps might be. Do they only exist in big craters, or do they spread over the face of the moon?

To find out, the team pulled data from real-life observations of the moon, then used mathematical tools to recreate what its surface might look like at a very small scale. The answer: a bit like a golf ball.

Based on the team’s calculations, the moon’s north and south poles could contain a tremendous number of bumps and knicks capable of hosting permanent shadows—many of them just a centimeter wide. Previous estimates pegged the area of cold traps on the moon at substantially less than what Hayne and his colleagues have predicted.

Hayne notes that his team can’t prove that these shadows actually hold pockets of ice—the only way to do that would be to go there in person or with rovers and dig.

But the results are promising, and future missions could shed even more light, literally, on the moon’s water resources. Hayne, for example, is leading a NASA effort called the Lunar Compact Infrared Imaging System (L-CIRiS) that will take heat-sensing panoramic images of the moon’s surface near its south pole in 2022.

If his team’s findings bear out, locating the ingredients for a hot shower on the moon may have just gotten a lot easier.

“Astronauts may not need to go into these deep, dark shadows,” Hayne said. “They could walk around and find one that’s a meter wide and that might be just as likely to harbor ice.”

Coauthors on the new study include Oded Aharonson and Norbert Schörghofer of the Weizmann Institute of Science and the Planetary Science Institute.

Ahead of the historic space mission, crew members joined CU Boulder researchers Allie Anderson and Torin Clark to talk about how the eye changes in space, experiencing "space motion sickness" and more. END_OF_DOCUMENT_TOKEN_TO_BE_REPLACED

NASA’s Orion spacecraft blasted off this morning from Florida in the first stage of its 25-day journey to circle the moon and return to Earth. Two CU Boulder scientists talk about what lies in store for the space agency’s ambitious Artemis Program. END_OF_DOCUMENT_TOKEN_TO_BE_REPLACED

CU Boulder geologist Lisa Mayhew serves on the science team for NASA’s Perseverance rover, an intrepid machine that has crossed over nearly 8 miles of the surface of Mars—and is helping to recreate the forces that shaped this planet into what it looks like today. END_OF_DOCUMENT_TOKEN_TO_BE_REPLACED
Return to the top of the page