Study offers most detailed glimpse yet of planet’s past 11,000 summers and winters

Study offers most detailed glimpse yet of planet’s past 11,000 summers and winters

By analyzing Antarctic ice cores, CU Boulder scientists and an international team of collaborators have revealed the most detailed look yet at the planet’s recent climatic history, including summer and winter temperatures dating back 11,000 years to the beginning of what is known as the Holocene.

Published today in Nature, the study is the very first seasonal temperature record of its kind, from anywhere in the world.

“The goal of the research team was to push the boundaries of what is possible with past climate interpretations, and for us that meant trying to understand climate at the shortest timescales, in this case seasonally, from summer to winter, year-by-year, for many thousands of years,” said Tyler Jones, lead author on the study, and assistant research professor and fellow at the Institute of Arctic and Alpine Research (INSTAAR). 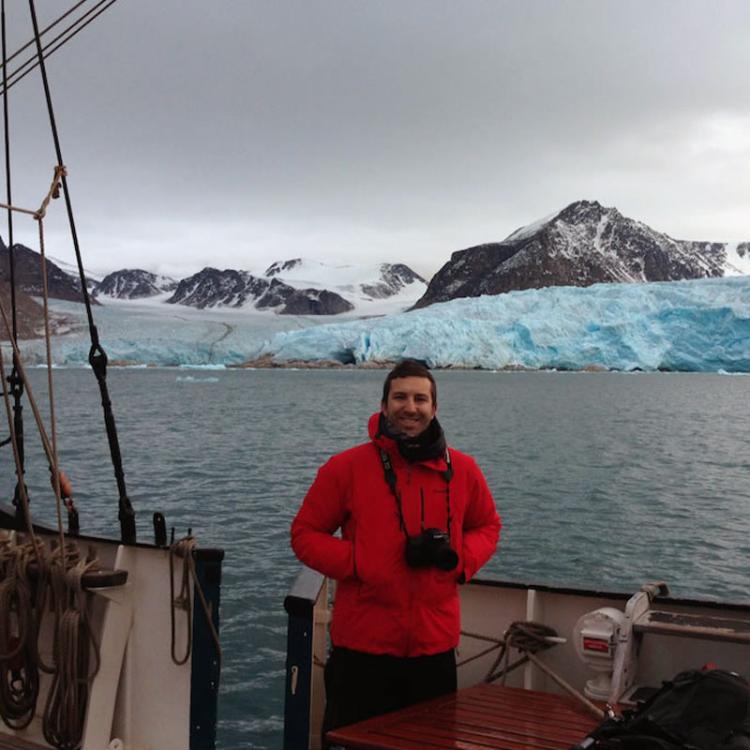 The study also validates one aspect of a long-standing theory about Earth’s climate that has not been previously proven: how seasonal temperatures in polar regions respond to Milankovitch cycles. Serbian scientist Milutin Milankovitch hypothesized a century ago that the collective effects of changes in Earth's position relative to the sun—due to slow variations of its orbit and axis—are a strong driver of Earth's long-term climate, including the start and end of ice ages (prior to any significant human influence on the climate).

“I am particularly excited that our result confirms a fundamental prediction of the theory used to explain Earth’s ice-age climate cycles: that the intensity of sunlight controls summertime temperatures in the polar regions, and thus melt of ice, too,” said Kurt Cuffey, a co-author on the study and professor at the University of California Berkeley.

These more highly detailed data on long-term climate patterns of the past also provide an important baseline for other scientists, who study the impacts of human-caused greenhouse gas emissions on our present and future climate. By knowing which planetary cycles occur naturally and why, researchers can better identify the human influence on climate change and its impacts on global temperatures.

“This research is something that humans can really relate to because we partly experience the world through the changing seasons—documenting how summer and winter temperature varied through time translates to how we understand climate,” said Jones. 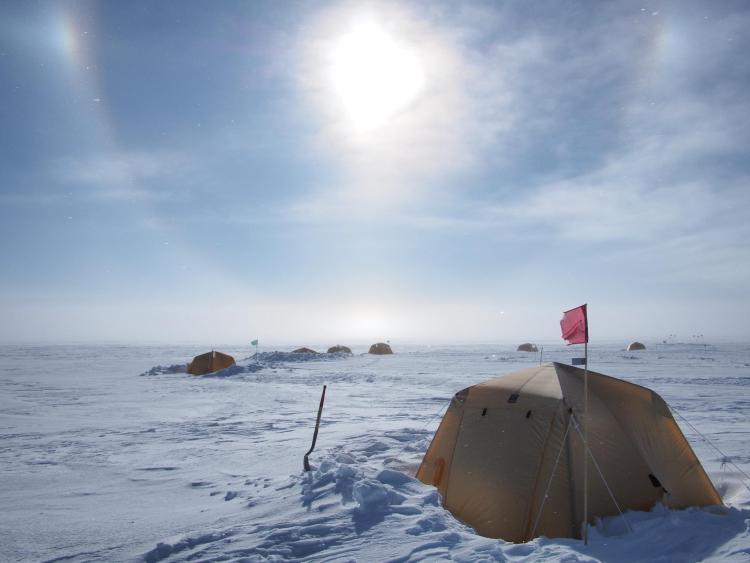 Scientists around the world have long studied Earth’s past climate using ice cores gathered from the poles. These slender, cylindrical columns of ice, drilled from ancient ice sheets (mostly in Antarctica and Greenland), provide valuable long-term data trapped in time about everything from past atmospheric concentrations of greenhouse gases to past temperatures of the air and oceans.

The West Antarctic Ice Sheet (WAIS) Divide ice core, the longest ice core ever drilled by U.S. researchers, measures 11,171 feet (or over 2 miles) long and 4.8-inches in diameter—containing data from as old as 68,000 years ago. Ice cores like this one are then carefully cut into smaller sections which can be safely transported to and stored or analyzed in ice core labs around the country—like the Stable Isotope Lab at CU Boulder.

For this study, researchers analyzed a continuous record of water-isotope ratios from the WAIS ice core. The ratios between the concentration of these isotopes (elements with the same number of protons but different numbers of neutrons) reveal data about past temperatures and atmospheric circulation, including transitions between ice ages and warm periods in Earth’s past.

Measuring seasonal changes in our planet’s history from ice cores is especially difficult, however, due to the fine detail required for their shorter timescales. A process within ice sheets known as diffusion, or natural smoothing, can blur this needed detail.

These water isotopes tend to not stay in one place in the upper ice sheet, but instead move around in interconnected pathways (similar to the air pockets in Styrofoam) as they change states between vapor and ice, over decades or centuries, before sufficiently solidifying. This process can “blur” the data researchers are trying to examine. But by using the high-quality ice cores from the West Antarctic Ice Sheet, extremely high-resolution measurements and advances in ice core analysis from the past 15 years, the team was able to correct for the diffusion present in the data and complete the study.

“Even beyond that, we had to develop new methods entirely to deal with this data, because no one's ever seen it before. We had to go above and beyond what anyone's done in the past,” said Jones. 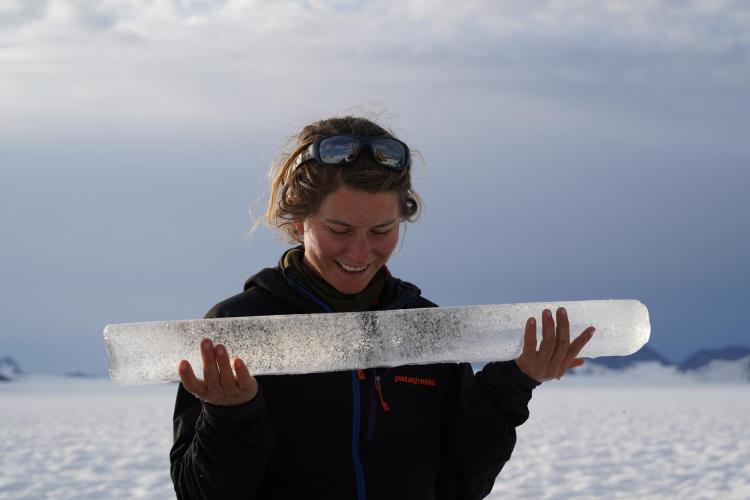 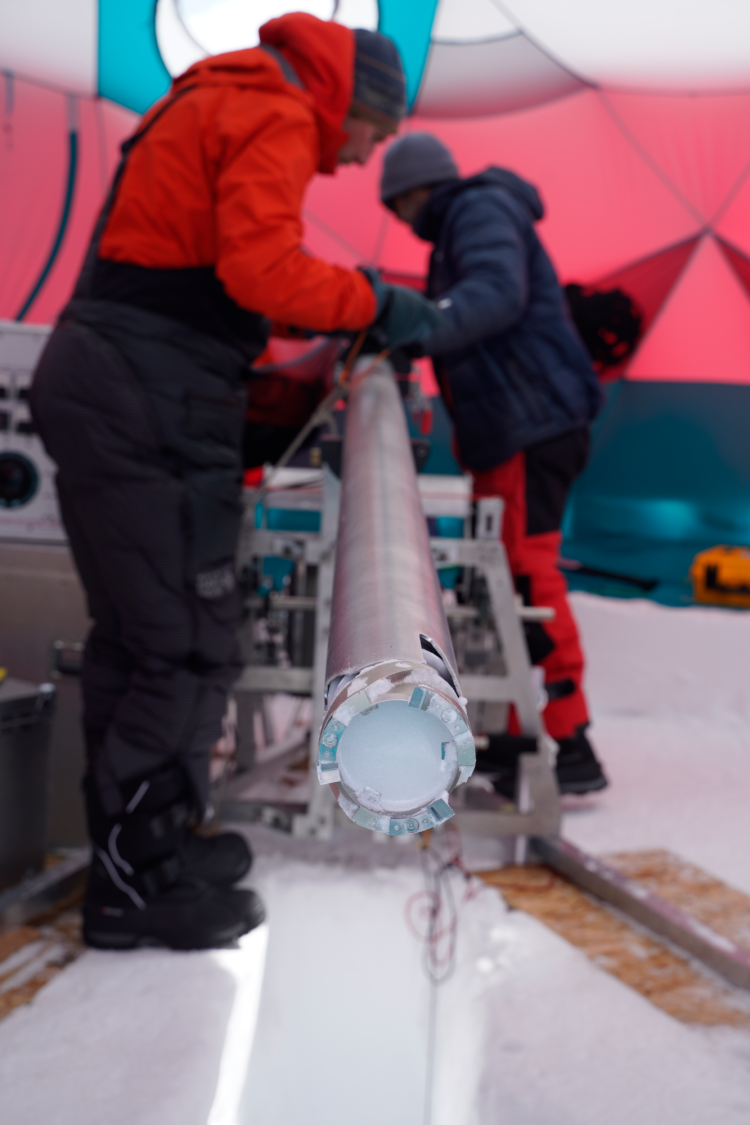 Scientists around the world use ice cores—cylindrical columns of ice, drilled from ancient ice sheets—gathered from the poles to study Earth’s past climate. (Credit: Bradley Markle)

While the study details the history of Earth’s climate, the work behind it has a history of its own.

For more than three decades, researchers at INSTAAR’s Stable Isotope Lab have been studying a variety of stable isotopes—nonradioactive forms of atoms with unique molecular signatures—found everywhere from the inside ice cores and the carbon in permafrost to the air in our atmosphere. Jones joined the lab in 2007 as a master’s student and has never left.

“I have this distinct memory of walking into my advisor, Jim White's office in about 2013, and showing him that we would be able to pull out summer and winter values in this record for the last 11,000 years—which is extremely rare. In our understanding, no one had ever done this before,” said Jones. “We looked at each other and said, ‘Wow, this is going to be a really big deal.’”

It then took almost a decade to figure out the proper way to interpret the data, from ice cores drilled many years before that meeting.

Bruce Vaughn, co-author and manager of the Stable Isotope Lab, and Bradley Markle, co-author on the study and assistant professor at INSTAAR and the Department of Geology, were there to collect the ice in West Antarctica that was shipped back and analyzed.

The team’s next step is to attempt to interpret high-resolution ice cores in other places—such as the South Pole and in northeast Greenland, where cores have already been drilled—to better understand our planet’s climate variability.

“Humans have a fundamental curiosity about how the world works and what has happened in the past, because that can also inform our understanding of what could happen in the future,” said Jones.

Through the Niwot Ridge Long Term Ecological Research Project, housed at CU Boulder's Mountain Research Station, scientists will continue to examine the impacts of a warming world on the university's highest campus. END_OF_DOCUMENT_TOKEN_TO_BE_REPLACED

Birds that can live at 14,000 feet and also breed at sea level might have evolved more quickly than previously thought. END_OF_DOCUMENT_TOKEN_TO_BE_REPLACED

Despite the Inflation Reduction Act, U.S. progress on climate change remains stuck in a climate conundrum, CU Boulder experts say, hampered by politics, complexity and the scope of the problem. END_OF_DOCUMENT_TOKEN_TO_BE_REPLACED
Return to the top of the page