Immerse yourself in a sinister Shakespearean revenge story through Oct. 16

Immerse yourself in a sinister Shakespearean revenge story through Oct. 16

Murderers and ghosts and dead monarchs! Oh, my!

The Boulder community will get a chance to experience the sinister side of Shakespeare, thanks to an immersive performance taking place this month at CU Boulder’s Mary Rippon Outdoor Theater.

ShakesFear: An Autumn’s Tale is a revenge story set in a world where Shakespeare’s creepiest characters have sprung from his pages and trapped him in a prison cell while they run amok on campus.

The show, debuting Oct. 7, will run every 20 minutes from 7 to 9 p.m. on select dates through Oct. 16. Audiences will tour the perimeter of the theater in small groups, while actors and life-sized puppets come inches from their face.

ShakesFear incorporates a variety of Shakespearean plotlines into a hair-raising, theatrical experience. Ticket buyers will see Lady Macbeth, the ghost of Hamlet’s father and Titus Andronicus—a character best known for baking people into a pie.

“Once you start looking at these plays through the lens of a Halloween experience, you realize Shakespeare had a pretty twisted mind,” said Director Kevin Rich, a professor in the Department of Theatre & Dance.

Rich developed the idea for the show in 2014, while working as a theater professor for Illinois State University and the Illinois Shakespeare Festival. He has written and co-directed two previous iterations of the show.

“Originally, we were just thinking of ways to get students involved in the Illinois Shakespeare Festival,” he said. “We had no idea what can of worms we’d open.”

With funding from the Roe Green Visiting Theatre Artist Program, Rich brought in spectacle experts Andy Park and Jill Hibbard, who have designed and created large-scale puppets for circuses and theater productions across the country.

“I told them from the beginning: ‘You bring the spectacle; I’ll bring the Shakespeare, and we’ll see what happens,’” Rich said. 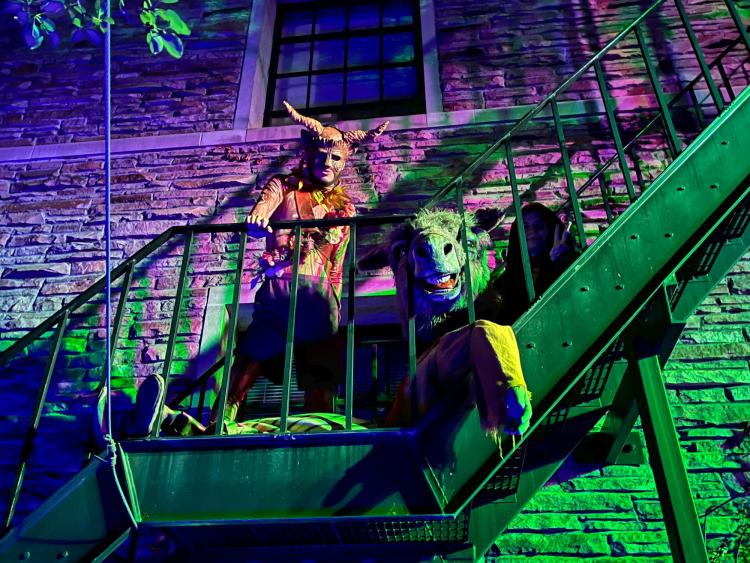 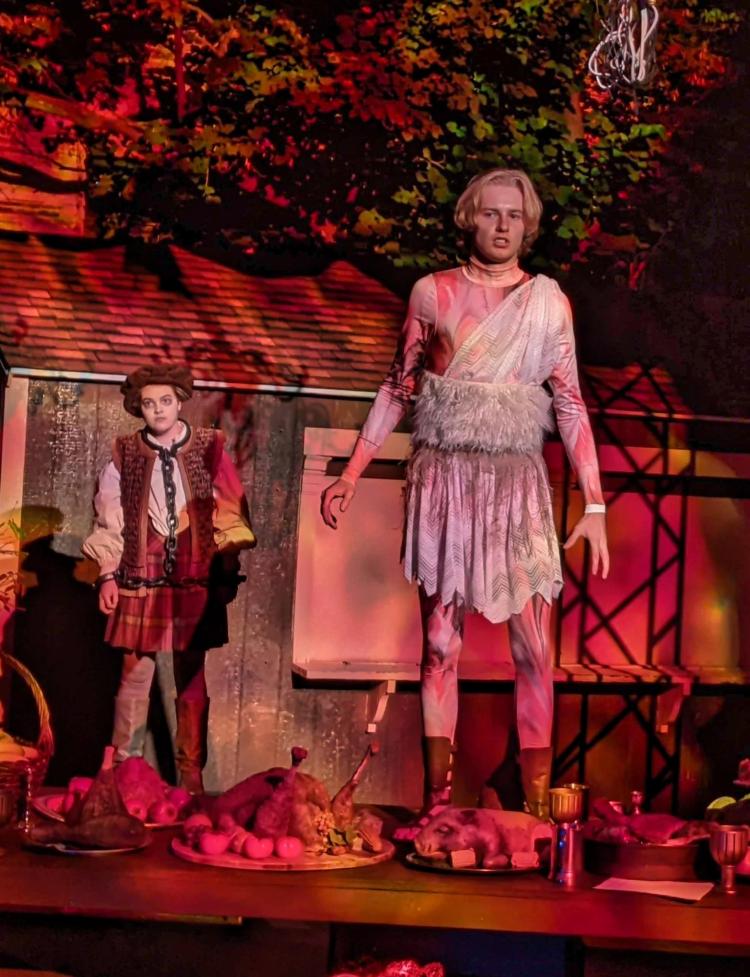 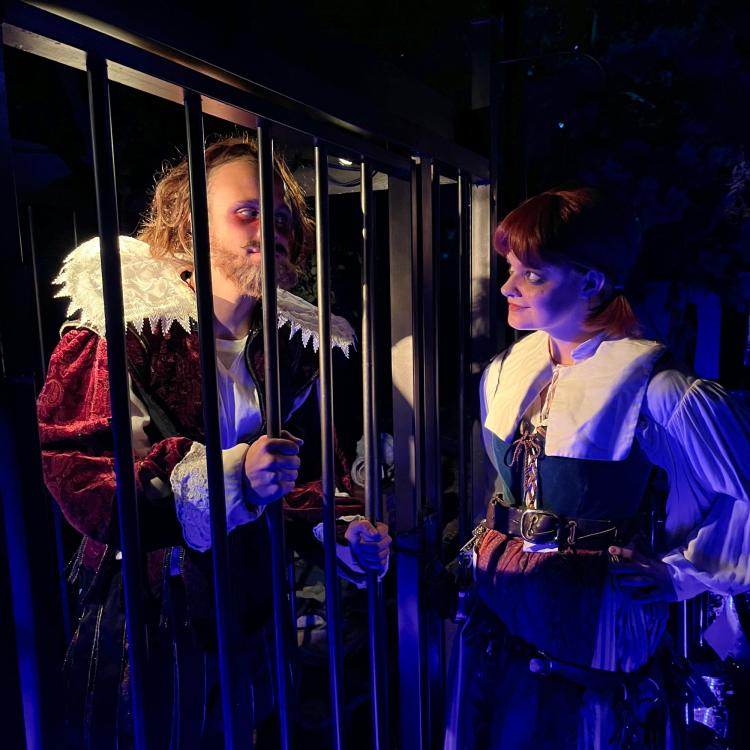 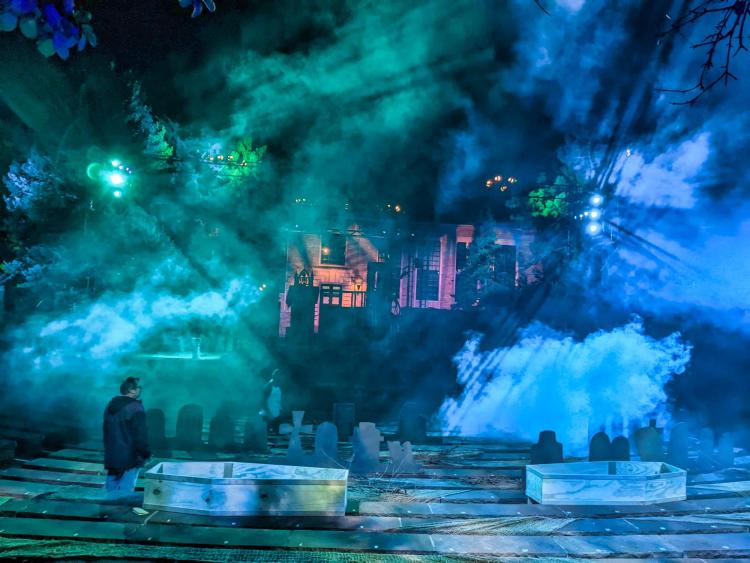 For CU Boulder’s rendition of ShakesFear, Park and Hibbard designed hyper-realistic puppets—with one standing nearly 12 feet tall. CU Boulder students made the puppets and will operate them during the show.

Rich also recruited Heather Kelley, a doctoral student at CU Boulder who researches theatrical depictions of the supernatural and haunted theaters in the United States.

Kelley, a co-director of ShakesFear, brought her research to life this fall.

“I’ve collected ghost stories about haunted theaters across the U.S.,” she said. “But I never thought I'd be teaching students how to get out of a coffin correctly.”

Given her expertise, Kelley was in charge of directing the students playing ghosts, witches and devilish creatures.

“We want to lean into the haunted house aspect and make this super fun for Halloween, but we also want to provide our students with actor training experience.”

Those familiar with Shakespeare’s plays will have a lot “Easter eggs” to look out for. But if you have little-to-no background on the Bard, the show provides a refreshing plotline everyone can follow.

While actors are not permitted to touch audience members, they will certainly break the fourth wall. Patrons will be asked to carry props and engage with the actors throughout the show.

“We're seeing such an uptick in immersive experiences in the country’s professional theater world—so much so that it feels like our responsibility to provide these opportunities to students,” said Rich. “The audience will have agency in this show—they aren’t just passive observers.”

On a scale from one to 10 (10 being comparable to a Stephen King novel), the directors rank the show’s fear factor at about a seven—and recommend the experience for ages 12 and above.

“We’re not trying to scare the pants off people,” Rich said. “There won’t be clowns or chainsaws, but there will definitely be blood.” 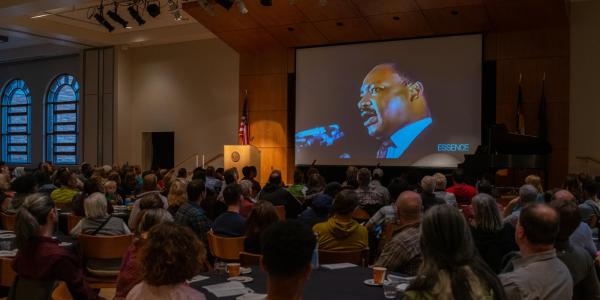 This Martin Luther King Jr. Day, join your community for celebratory events in Boulder and Longmont, a family-friendly event at the Dairy Arts Center and a downtown-Denver march and parade. END_OF_DOCUMENT_TOKEN_TO_BE_REPLACED 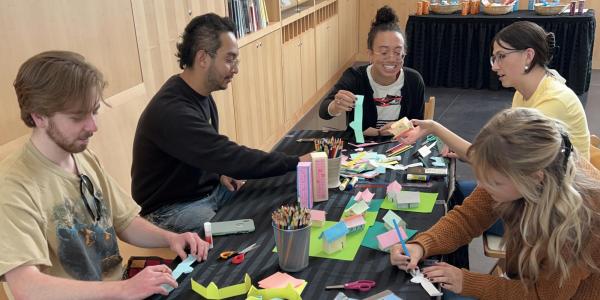 Get creative with the CU Art Museum on the second Saturday of each month. Organizers will put together a different art-themed program each time, and the community is invited to drop in. Join, enjoy and even pick up a new skill—next session Dec. 10. END_OF_DOCUMENT_TOKEN_TO_BE_REPLACED 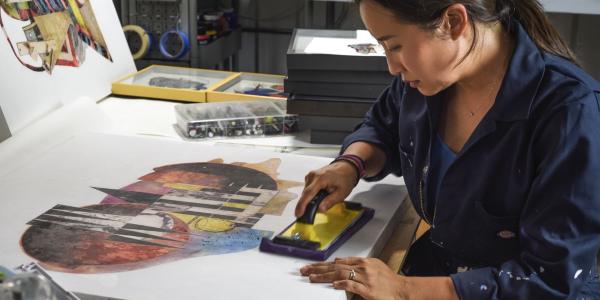 Erin Hyunhee Kang, a CU Boulder master’s student, lost half of her home in the Marshall Fire. That misfortune informed her new exhibition “A Home In Between,” now at the Boulder Museum of Contemporary Art. END_OF_DOCUMENT_TOKEN_TO_BE_REPLACED
Return to the top of the page