The Boulder Faculty Assembly Thursday voted 46 to 1 with one abstention to support a resolution by the University of Colorado Student Government (CUSG) asking the CU Board of Regents to rescind the right to carry a concealed weapon on all of CU’s campuses. CU President Todd Saliman also updated the assembly on financial issues and his statewide outreach efforts.

CUSG executive Rachel Hill presented the student government’s resolution to the BFA, noting it had been approved by CU Boulder’s Staff Council and that the campus’s Graduate and Professional Student Government had “agreed to sign onto it.” Hill said the BFA’s approval would send the resolution to CUSG’s legislative council, “and then it would go to the regents on Oct. 12.” 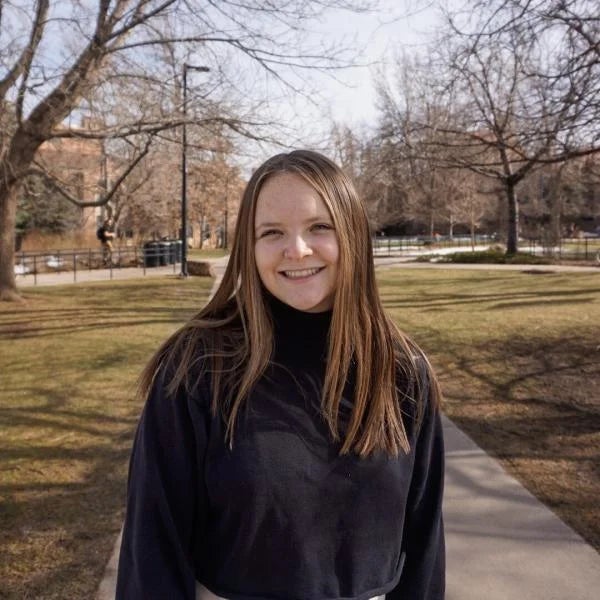 The Colorado Supreme Court in 2012 invalidated the portion of an existing CU regents’ policy that prohibited all firearms on campus. The decision held that the university’s campuses were subject to the Colorado Concealed Carry Act, which allows permit-holders to carry concealed firearms on all public property with exceptions for federal buildings, K-12 schools or buildings with fixed checkpoints. The regents modified the weapons control policy to allow concealed carry in accordance with the ruling. The Colorado Legislature last session modified the Concealed Carry Act to provide the governing boards of institutions of higher education to enact rules governing concealed carry on their campuses.

The CUSG legislation, Hill said, had been bolstered with “stats and data” since its original draft, and now included footnotes of news coverage about incidents in which concealed weapons at CU Boulder had caused students and faculty to “express discomfort in having guns in classrooms.”

The CUSG bill’s footnotes also contained data from three studies on gun use—one of them on gun use on college campuses. That evidence, Hill said, suggested “having guns (on campus) does not mean that good guys with guns will stop bad guys with guns,” she said.

“Most incidents on campus are not mass shootings, but individual disputes that escalate to gun violence,” she said.

Hill said the regents would not likely vote on the measure “until next semester,” but that “it’s good to get it to them early.”

“Our voice matters a lot,” she said.

To open the assembly’s meeting, CU President Todd Saliman had a 35-minute talk with members, outlining his strategy for public outreach and linking that approach to strengthening the finances of the CU system.

Saliman acknowledged out of the gate that a 3% regent-approved compensation pool set to go into effect Jan. 1, 2023, “doesn’t even cover half the impact of inflation,” part of what he called “a huge problem for us in higher education and for our faculty and staff, as well.” 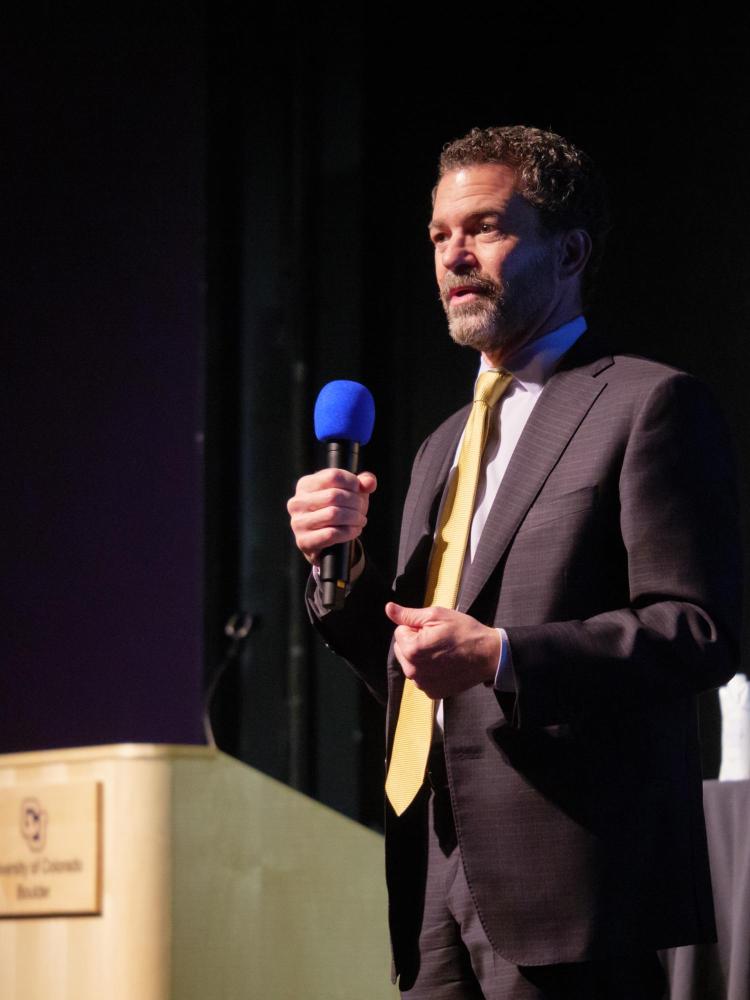 CU President Todd Saliman speaks at an open forum on the Boulder campus in April 2022. Photo by Glenn Asakawa/CU Boulder.

He said he is grateful for the substantial increase provided by the legislature last year, but CU and higher education continue to remain significantly underfunded.

But, he said, “Their finances will be more constrained next year, and it will be more challenging for them to step up for higher education.”

Saliman said a key to improving both funding and public confidence in higher education and CU was “outreach.”

“All paths lead to outreach—working hard to reset the perception not just of CU but of all higher education in Colorado. We want to get to the point where the people of Colorado are willing to vote yes when they see higher education on the ballot,” Saliman said.

“I don’t see us making progress on public support of funding until we’re able to change the conversation, so I’m focused on that outreach work,” Saliman said.

When asked if rescinding the Taxpayer’s Bill of Rights (TABOR) amendment—approved by Colorado voters in 1992—was possible, Saliman said he “refused to give up hope” for directing a meaningful portion of the TABOR surplus toward higher education, noting that such an effort was a “long game.”

Saliman also noted Colorado’s current increase in inflation would trigger a rise in TABOR’s revenue limits “quite a bit this coming year and into the future.”

In a brief exchange addressing BFA member concerns about the cost of a buyout and a new hire for CU’s football coach, Saliman said the cost of service on CU Boulder’s athletic debt comes from athletics and not university budgets.

Asked directly by BFA member Jennifer Hendricks of law about “who is liable if [athletics] runs out of money,” Saliman answered simply and directly, “CU is.”

The session ended with an exchange between members—including BFA Chair Tiffany Beechy of English—and Saliman on balancing the core issues of inclusion and belonging on campus with the need for robust debate on a variety of ideas.

Saliman heralded the work of CU Boulder’s chancellor, provost, COO and senior vice chancellor for diversity and inclusion in “putting in a structure where people share their opinions and feel a sense of belonging.” He told the BFA members, “You and your colleagues are the tip of the spear.”

In response to BFA member David Paradis of history: “How do we approach people whose opinions are based on misinformation?” Saliman said, “Respecting people’s opinions doesn’t mean respecting lies.”

A question the university must continue to tackle, Saliman said, is, “How do we create this atmosphere where we welcome different perspectives but don’t treat information that is outright false as a perspective?”

Saliman then returned to the issue of belonging, addressing some of the misperceptions he hears on outreach tours from people who think CU Boulder prefers non-resident students and is too expensive for Colorado residents, particularly disadvantaged families.

The BFA heard a presentation from Senior Vice Provost Katherine Eggert and Dean of Undergraduate Education Daryl Maeda on the timeline for approving and implementing the campus’s common curriculum. The BFA introduced a resolution outlining how it would review the common curriculum proposal and previewed a BFA special session on Oct. 20 that would focus on the proposal.

The BFA entertained two notices of motion for 30-day feedback: one adjusting the name and charge of the instructor-track faculty affairs committee and one proposing a promotion pay scale for contingent teaching faculty, similar to pay steps recently awarded to tenured and tenure-track faculty at promotional increments.

The BFA heard a presentation from Associate Vice Chancellor/Deputy CIO Orrie Gartner and BFA Administrative Services and Technology Committee member Janet Casagrand of integrative physiology on the university’s plans to phase out Google Drive as a storage tool while maintaining its intended function as a collaborative tool.

The BFA heard a factual presentation from CU Boulder’s Assistant Vice Chancellor for Local Government and Community Engagement Lori Call and Associate Vice Chancellor for Business Strategy Derek Silva outlining the terms of Boulder Ballot Issue 2F, which would repeal the annexation agreement for CU South enacted between CU Boulder and the city.

The finalists for the position of vice chancellor for research and innovation and dean of the institutes have been named. Join campus community forums designed to get to know the finalists and ask them questions. END_OF_DOCUMENT_TOKEN_TO_BE_REPLACED

National searches are underway for the university’s next vice chancellor for infrastructure and sustainability and associate vice chancellor for health and wellness, with the goal to identify final candidates during the spring semester. END_OF_DOCUMENT_TOKEN_TO_BE_REPLACED 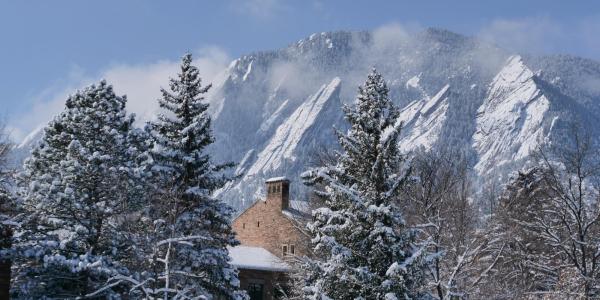 Provost Russell Moore announced three finalists for the position of vice chancellor for student affairs. The campus community is invited to meet the candidates at virtual forums later this month. END_OF_DOCUMENT_TOKEN_TO_BE_REPLACED
Return to the top of the page