An obscure family of viruses, already endemic in wild African primates and known to cause fatal Ebola-like symptoms in some monkeys, is “poised for spillover” to humans, according to new CU Boulder research published online Sept. 30 in the journal Cell.

While such arteriviruses are already considered a critical threat to macaque monkeys, no human infections have been reported to date. And it is uncertain what impact the virus would have on people should it jump species.

But the authors, evoking parallels to HIV (the precursor of which originated in African monkeys), are calling for vigilance nonetheless: By watching for arteriviruses now, in both animals and humans, the global health community could potentially avoid another pandemic, they said.

“This animal virus has figured out how to gain access to human cells, multiply itself, and escape some of the important immune mechanisms we would expect to protect us from an animal virus. That’s pretty rare,” said senior author Sara Sawyer, a professor of molecular, cellular and developmental biology at CU Boulder. “We should be paying attention to it.” 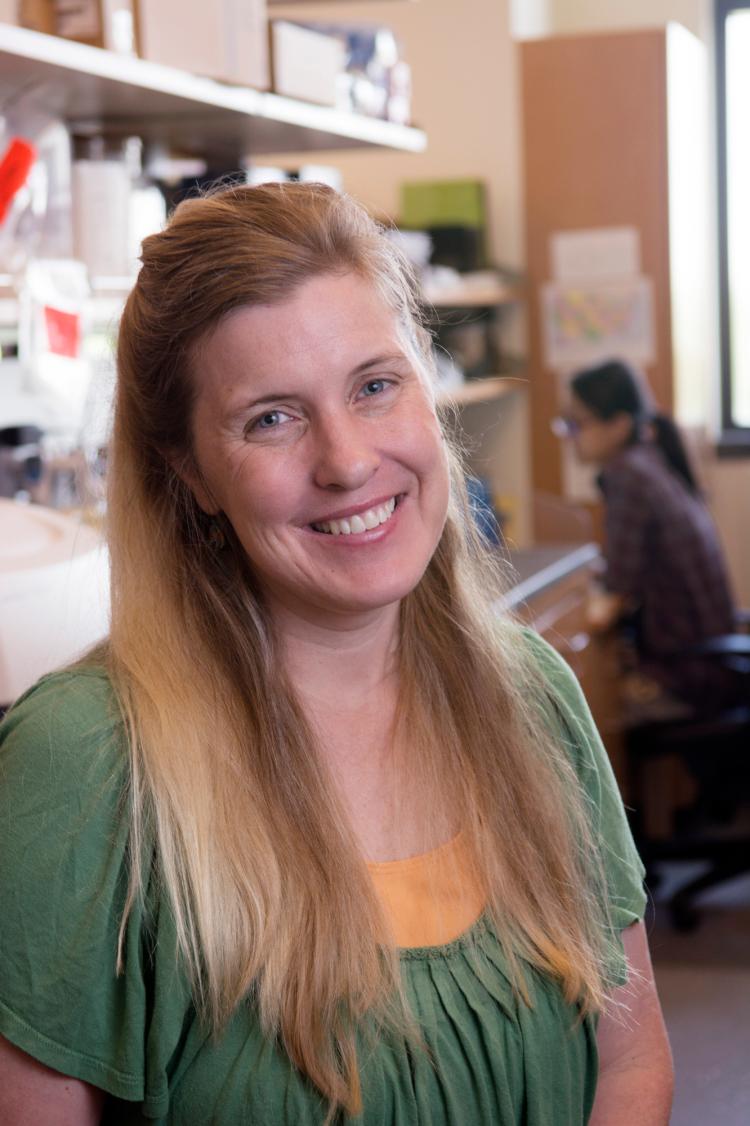 There are thousands of unique viruses circulating among animals around the globe, most of them causing no symptoms. In recent decades, increasing numbers have jumped to humans, wreaking havoc on naïve immune systems with no experience fighting them off.

For 15 years, Sawyer’s lab at the BioFrontiers Institute has used cutting-edge laboratory techniques and tissue samples from wildlife from around the globe to explore which animal viruses may be prone to jump to humans.

Looking for viruses that can jump to humans

For the latest study, she and first author Cody Warren, then a postdoctoral fellow at the BioFrontiers Institute, zeroed in on arteriviruses, which are common among pigs and horses but understudied among nonhuman primates. They looked specifically at simian hemorrhagic fever virus (SHFV), which causes a lethal disease similar to Ebola virus disease, and which has caused deadly outbreaks in captive macaque colonies worldwide since the 1960s.

The study demonstrates that a molecule, or receptor, called CD163, plays a key role in the biology of simian arteriviruses, enabling the virus to invade and cause infection of target cells. Through a series of laboratory experiments, the researchers discovered, to their surprise, that the virus was also remarkably adept at latching on to the human version of CD163, getting inside human cells and swiftly making copies of itself.

“The similarities are profound between this virus and the simian viruses that gave rise to the HIV pandemic,” said Warren, now an assistant professor in the College of Veterinary Medicine at The Ohio State University.

The authors stress that another pandemic is not imminent, and the public need not be alarmed.

But they do suggest that the global health community prioritize further study of simian arteriviruses, develop blood antibody tests for them and consider surveillance of human populations with close contact to animal carriers.

A broad range of African monkeys already carries high viral loads of diverse arteriviruses, often without symptoms, and some species interact frequently with humans and are known to bite and scratch people.

“Just because we haven’t diagnosed a human arterivirus infection yet doesn’t mean that no human has been exposed. We haven’t been looking,” said Warren.

Warren and Sawyer note that in the 1970s, no one had heard of HIV either.

Researchers now know that HIV likely originated from SIVs infecting nonhuman primates in Africa, likely jumping to humans sometime in the early 1900s, perhaps when a person ate an infected chimpanzee or cut a finger while butchering one.

When it began killing young men in the 1980s in the United States, no serology test existed, and no treatments were in the works.

By 2022, more than 40 million people worldwide had succumbed to HIV/AIDS. Today, about 2,000 people still die globally of the disease every day.

“If we knew about the biology of SIVs and the risks that they posed earlier, could we have been more effective at combating the HIV pandemic sooner? I believe that we could have,” said Warren.

Sawyer said there is no guarantee that these simian arteriviruses will jump to humans: Some other animal viruses have been shown in lab studies to be able to jump through the hoops it takes to replicate themselves in human cells, yet have never made the leap.

One thing is for sure: More viruses will jump to humans, and they will cause disease, Sawyer said.

“COVID is just the latest in a long string of spillover events from animals to humans, some of which have erupted into global catastrophes,” Sawyer said. “Our hope is that by raising awareness of the viruses that we should be looking out for, we can get ahead of this, so that if human infections begin to occur we’re on it quickly.”

Neuroscientists at CU Boulder have discovered that a specific type of brain cell could be a key player in making you feel the negative impacts of stress. END_OF_DOCUMENT_TOKEN_TO_BE_REPLACED

Protests in Iran have sent shockwaves through the country as thousands across the globe have joined in solidarity. Marie Ranjbar explains the history of women-led protests in Iran, what's different this time and what the global community can do to support women's bodily autonomy there. END_OF_DOCUMENT_TOKEN_TO_BE_REPLACED

Ye, the rapper and fashion designer formerly known as Kanye West, made headlines and topped social media feeds in recent weeks for his series of antisemitic comments. Thomas Pegelow Kaplan spoke with CU Boulder Today about what antisemitism means and how it’s perpetuated today. END_OF_DOCUMENT_TOKEN_TO_BE_REPLACED
Return to the top of the page