Banner image: Two biological experiments designed by engineers at CU Boulder. The box on the left will travel to the moon as part of NASA's Artemis 1 mission. (Credit: Luis Zea)

A team of researchers led by CU Boulder is sending some unexpected hitchhikers to the moon: Twelve bags filled with baker’s yeast (Saccharomyces cerevisiae), the same kind of hard-working cells that make bread rise and ferment beer and wine. Click to enlarge
Map of the Orion spacecraft's planned journey to the moon and back. (Credit: NASA)

As early as Saturday, a rocket taller than the Statue of Liberty is scheduled to blast off from a launch pad in Florida, carrying NASA’s new Orion space capsule into Earth’s orbit for the first time. From there, the spacecraft, designed to transport four astronauts, will begin a 42-day journey to the moon and back to Earth.

There aren’t any humans aboard this mission, called Artemis 1. But that doesn’t mean there won’t be passengers. Three human mannequins, named Moonikin Campos, Helga and Zohar, will fly aboard Orion—as will four biological experiments, including one designed by a team at BioServe Space Technologies, a center in the Ann and H.J. Smead Department of Aerospace Engineering Sciences.

The experiment is tucked under one of the seats in a case about the size of a shoebox. Inside, millions of yeast cells will help scientists answer a critical question in space exploration: How might human bodies fare in the extreme environment of deep space, where astronauts could be exposed to the equivalent of thousands of chest X-rays’ worth of radiation on every voyage.

“Nothing like this has happened for 50 years,” said Tobias Niederwieser, a research associate at BioServe and an engineer on the team. “The last time humans sent anything biological on a return trip to the moon was during Apollo 17 in 1972.”

But it’s also just the beginning.

Artemis 1 is the first step in NASA’s new era of lunar exploration. The space agency plans to launch human astronauts, including the first woman, to the moon’s surface later this decade.

Researchers at BioServe are trying to keep those lunar explorers safe. Once the yeast cultures return to Earth, the team will retrieve the cells to study their DNA—and potentially find clues that could help scientists prevent or treat the effects of radiation sickness in astronauts.

Luis Zea, a former researcher at BioServe now at the Colorado-based company Sierra Space, leads the project. He said it has made him look at the moon in a new way.

“I don’t see it the same,” Zea said. “Because I know that Orion will be orbiting it soon with the hardware and science that we worked on for four years.” 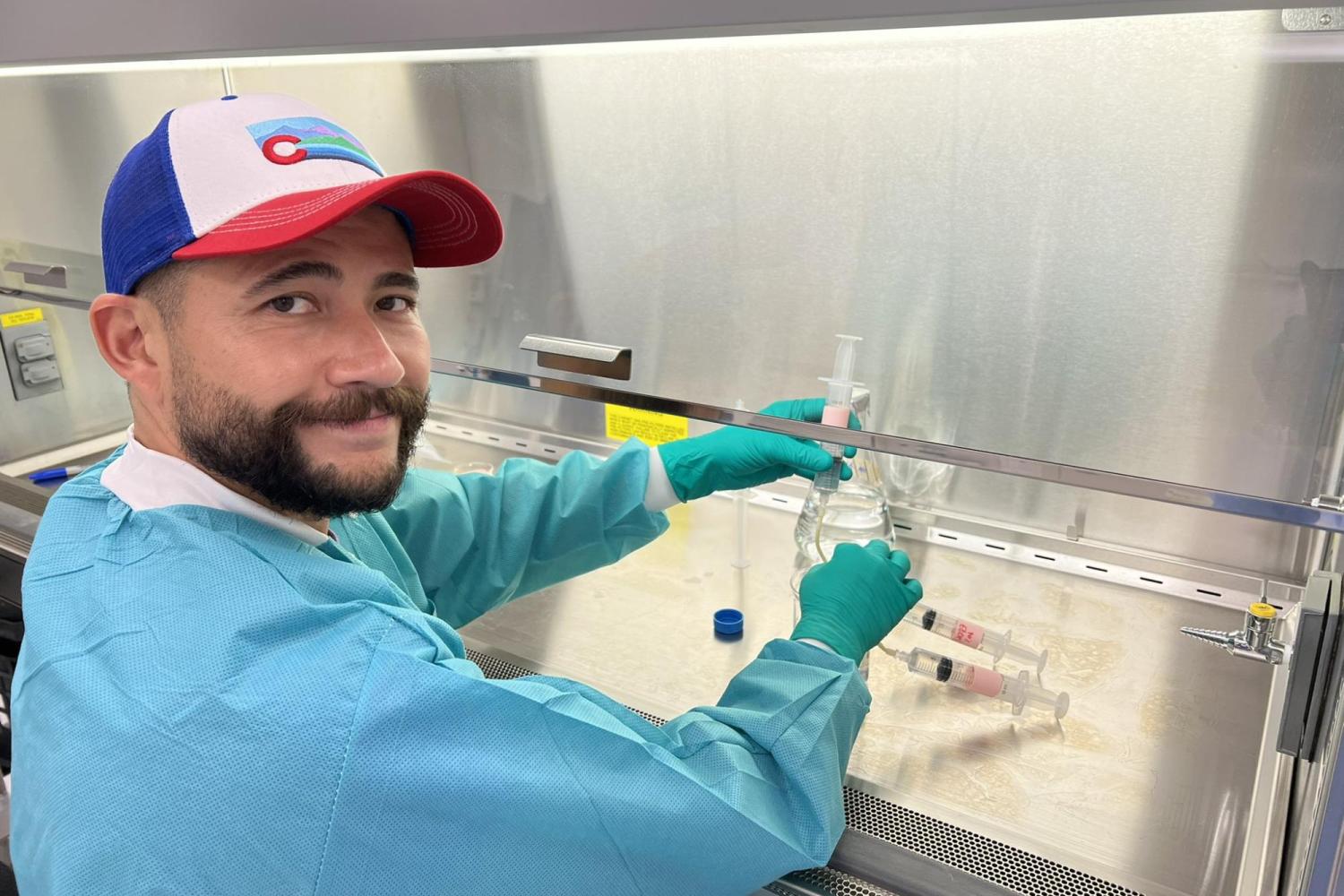 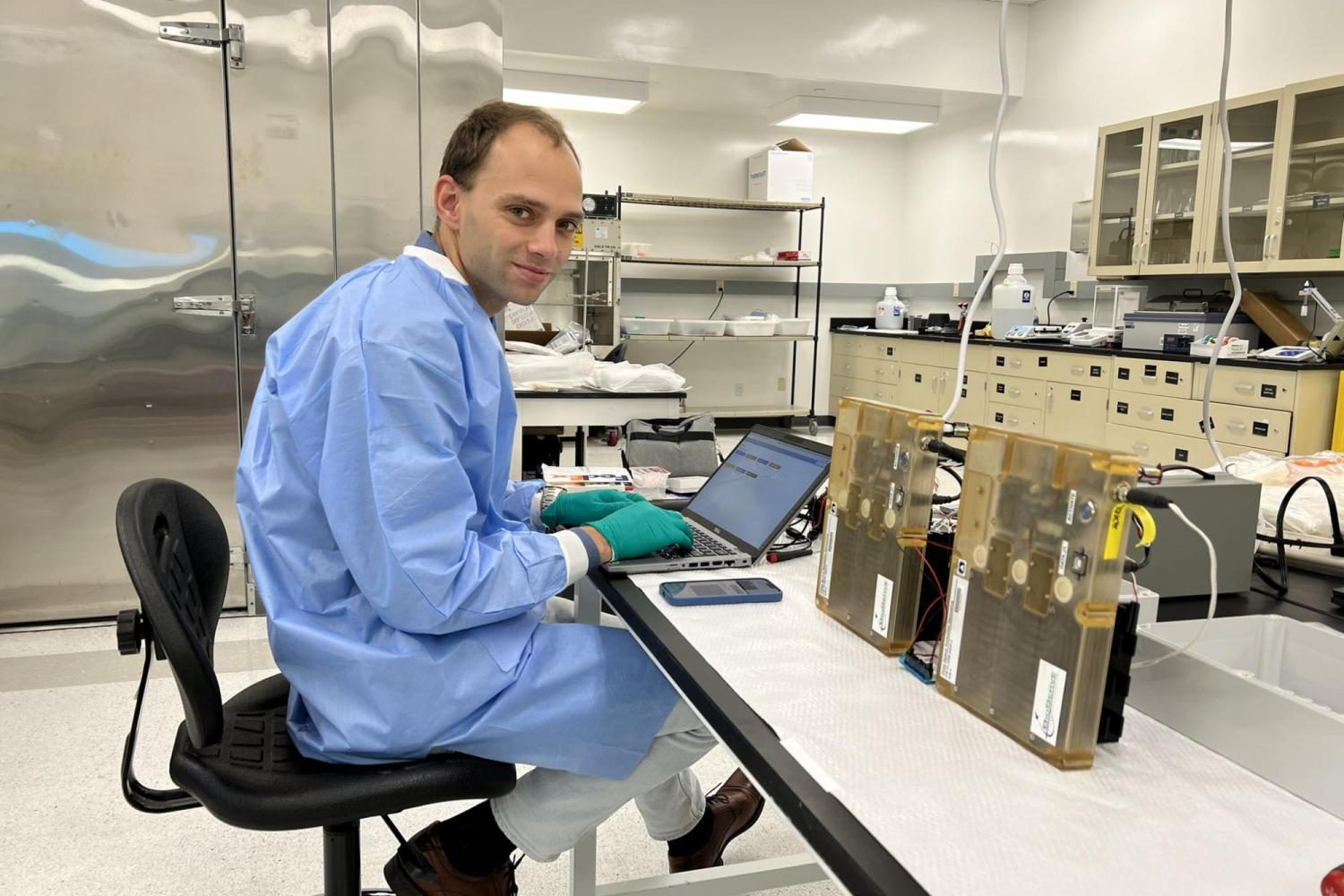 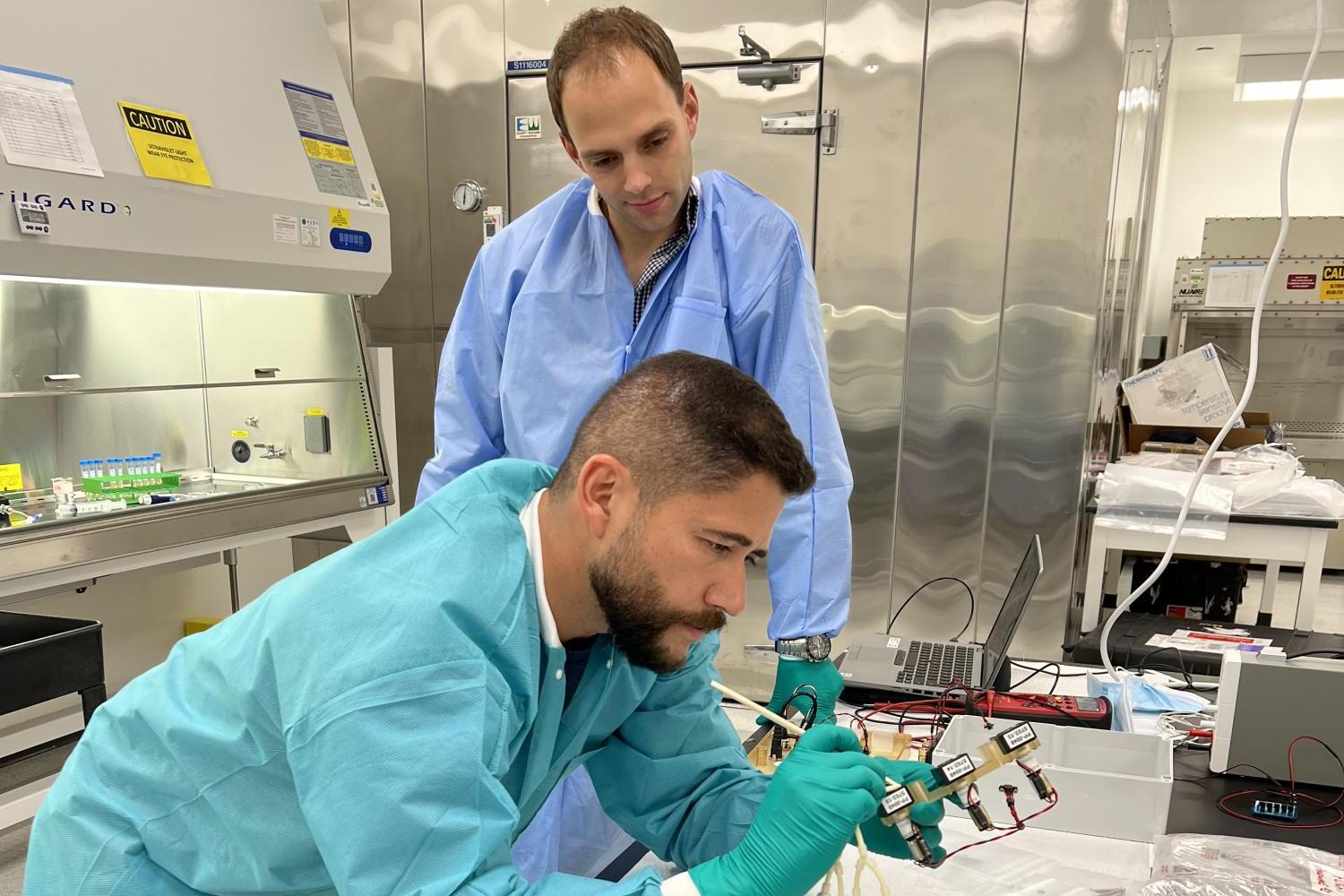 Luis Zea and Tobias Niederwieser work on a component of their experiment in the lab. (Credit: Luis Zea) 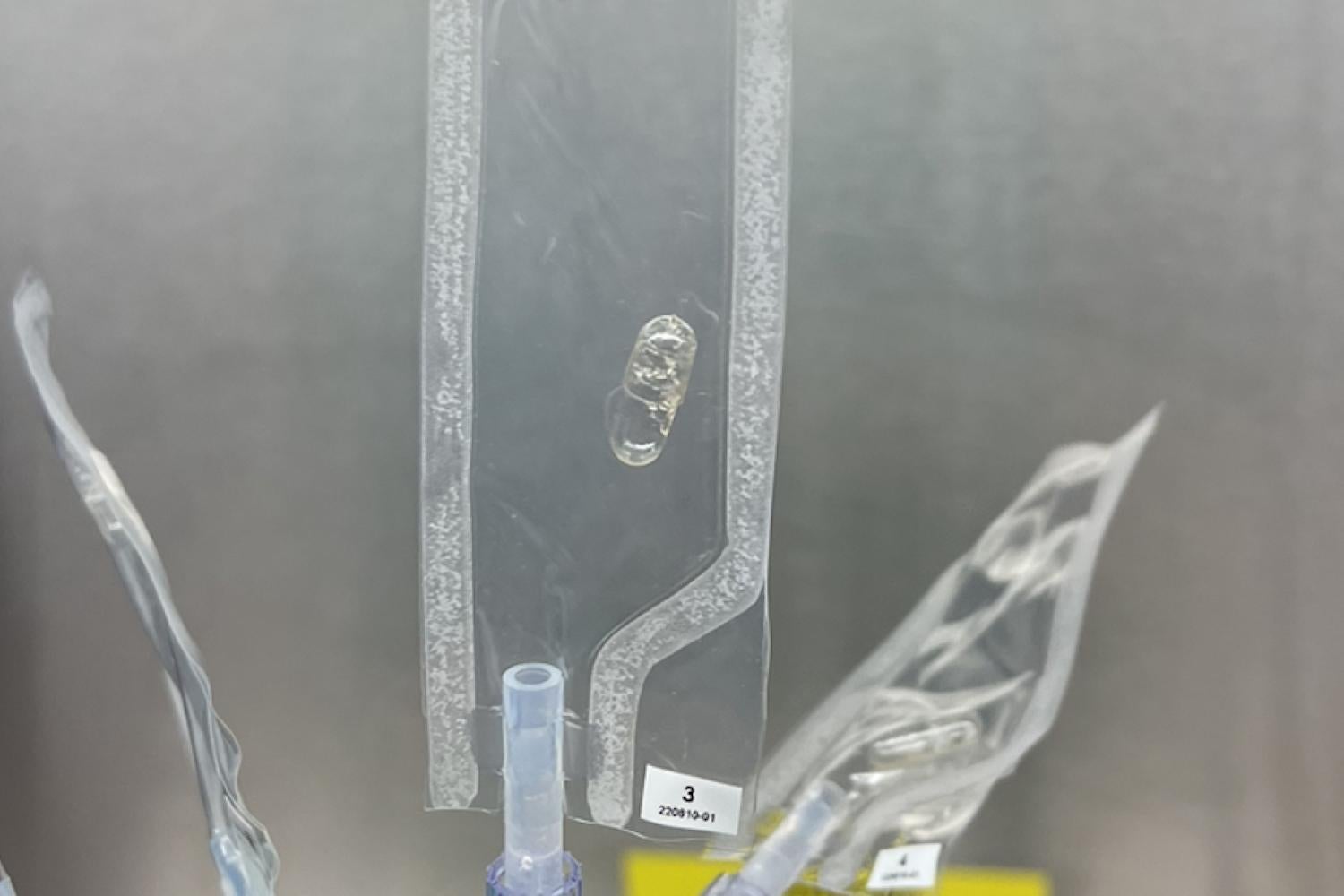 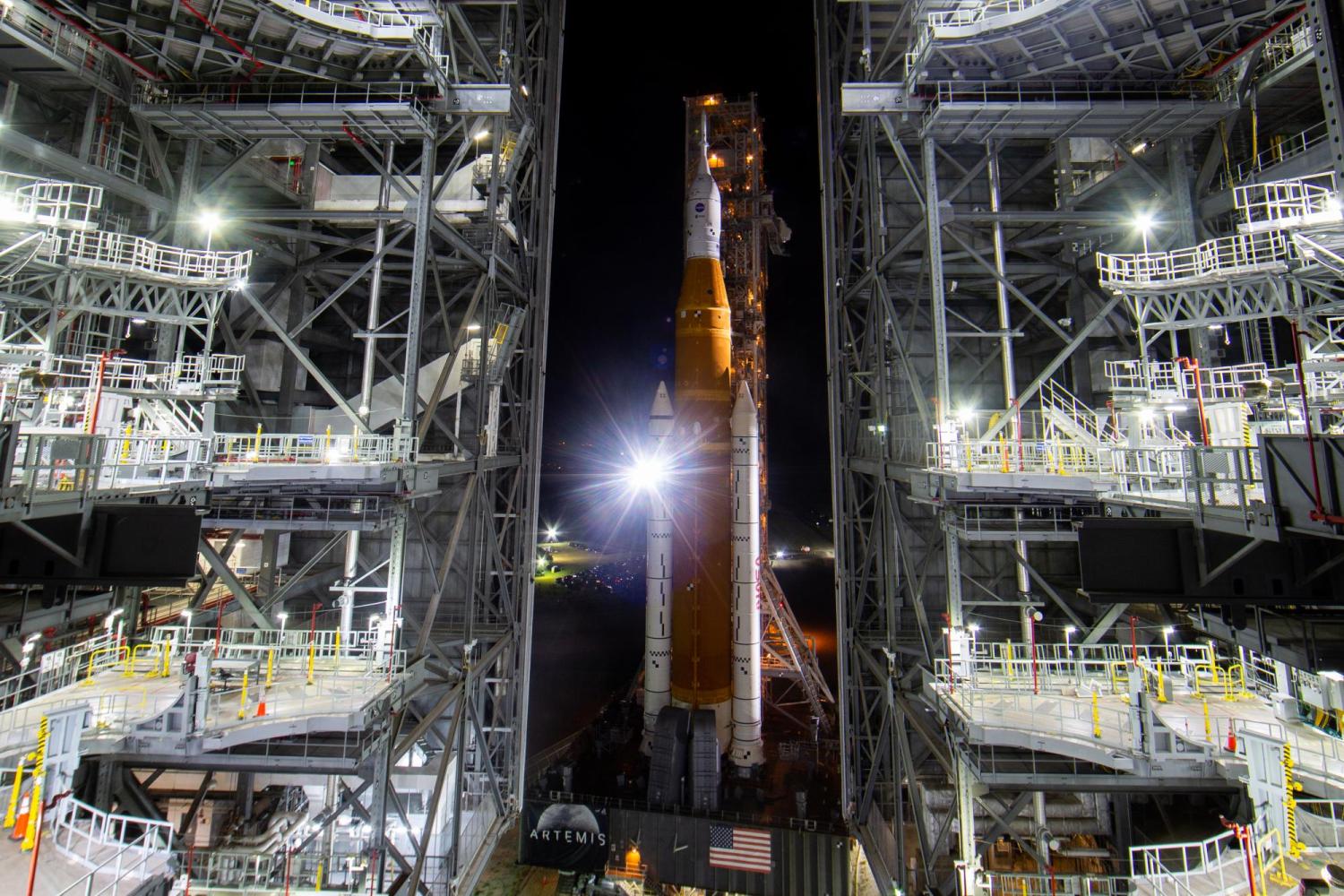 NASA's Space Launch System (SLS) with the Orion spacecraft at its top rolls out of the Vehicle Assembly Building at the Kennedy Space Center in Florida. (Credit: NASA) 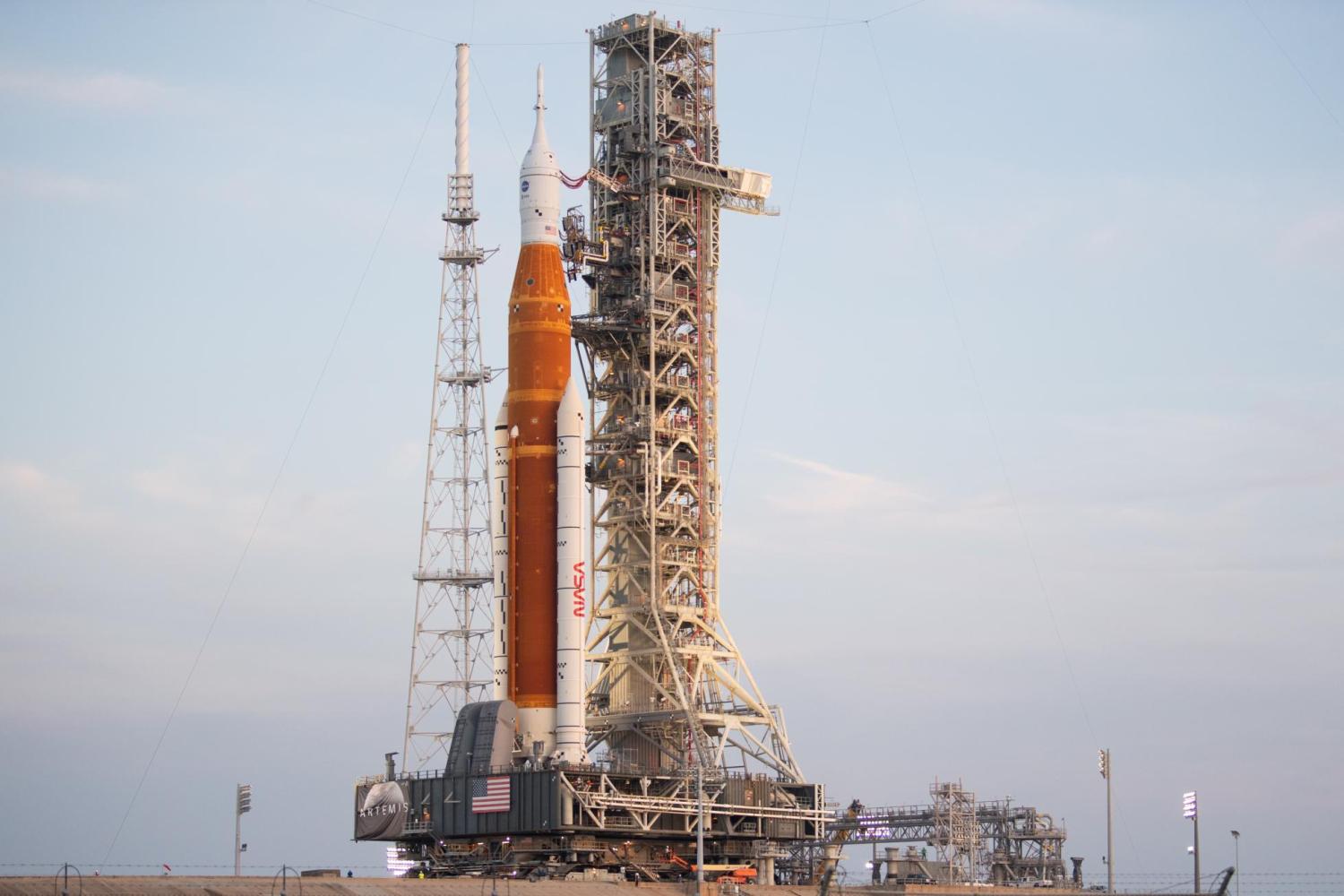 The SLS rocket, NASA's most powerful rocket ever, on the launch pad in Florida. (Credit: NASA) 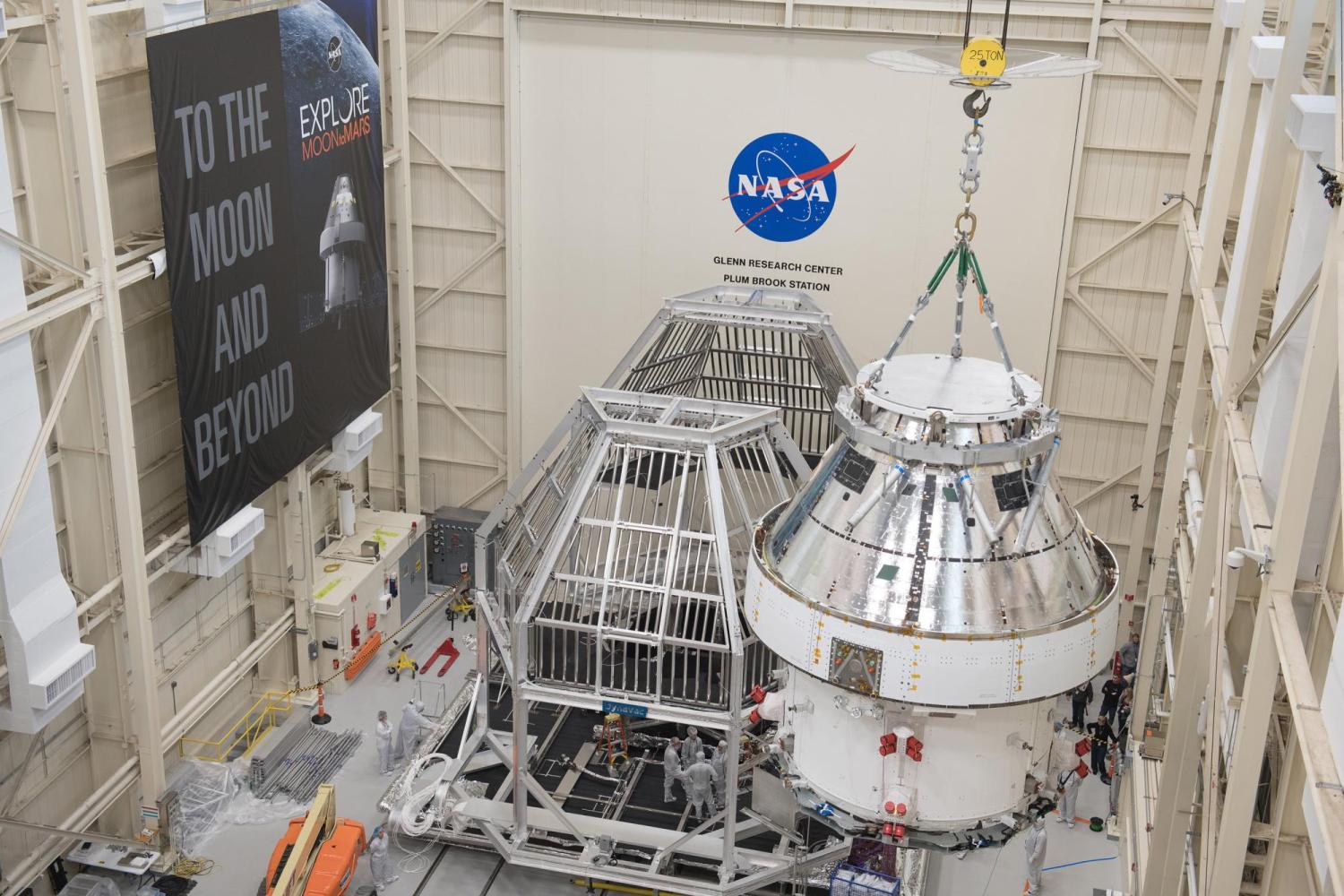 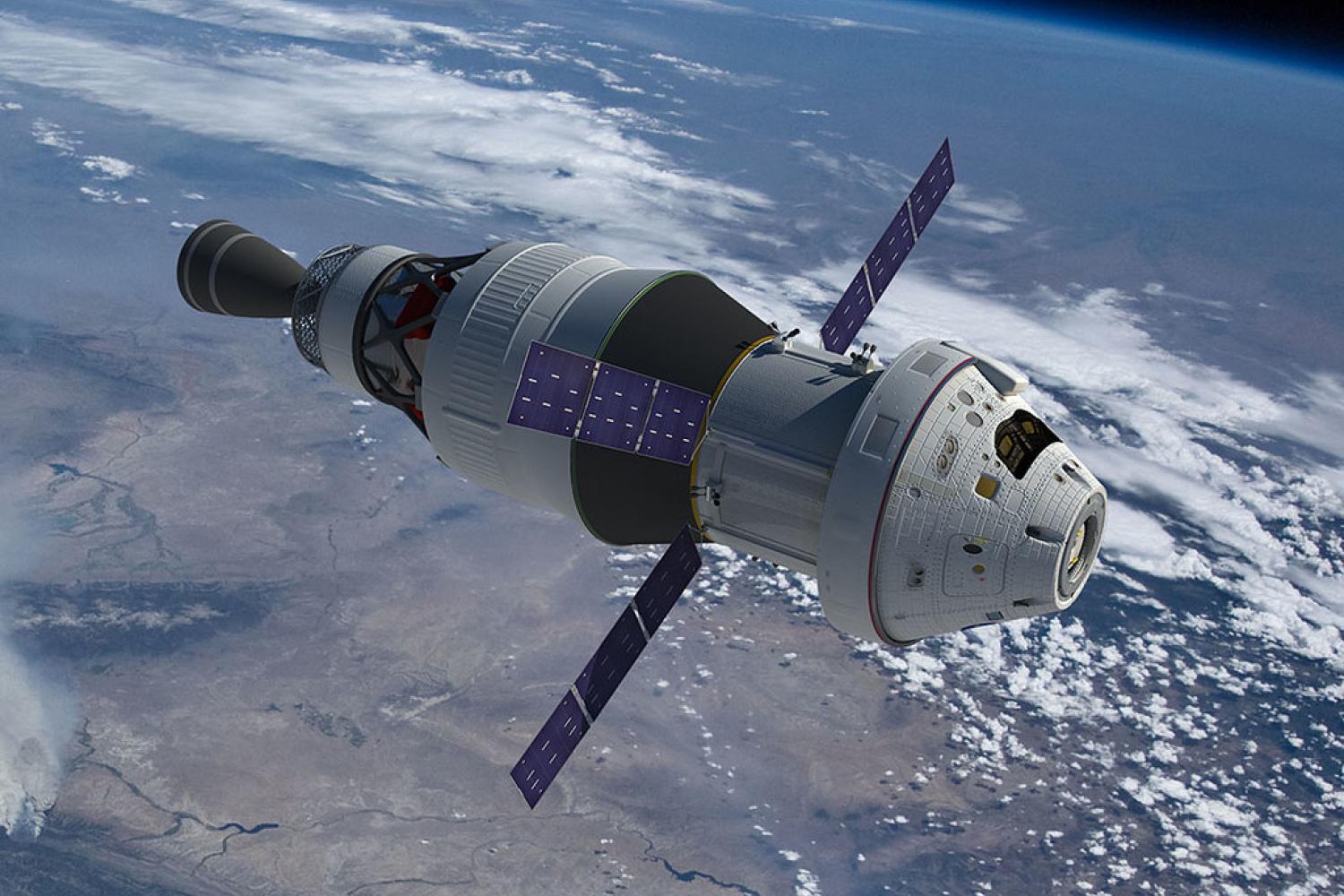 For Zea and his colleagues, this experiment, officially called Deep Space Radiation Genomics (DSRG), has been a long time in the making.

Over nearly 35 years, researchers at BioServe have helped to fly hundreds of biological experiments into space. Most of them have traveled to the International Space Station (ISS), which orbits about 250 miles above Earth.

Orion is a different kind of laboratory. For a start, the spacecraft is flying much farther—hundreds of thousands of miles farther. In the process, it will travel beyond Earth’s Van Allen Belts, a pair of doughnut-shaped bands of radiation that surround the planet and shield it from the sun’s most dangerous rays. And unlike experiments on the ISS, no astronauts will be around to help run DSRG.

“The entire experiment is battery-powered,” Niederwieser said. “We can’t get any data from it. We can’t send it a signal telling it when to start.”

Instead, Niederwieser and his team designed the shoebox-sized laboratory to automatically detect when it is far enough from Earth, then turn itself on. Once that happens, small pumps will fill the bags of yeast with a nutrient-rich fluid, and the cells will begin to grow and reproduce.

The yeast cells themselves are a marvel of engineering. Working with researchers at the University of British Columbia in Canada, the BioServe team developed roughly 12,000 mutant strains of yeast for the experiment. Some of these organisms are missing certain genes, while others carry extra copies of those same snippets of code.

Researchers at the German Aerospace Center and the Universidad de Valle de Guatemala also contributed to the effort. More than a dozen students have taken part in the experiment, including four from CU Boulder.

Which of those mutants survive the trip to the moon, and which don’t, could give scientists new clues about how radiation might affect human astronauts. Zea explained that yeast cells might not look a lot like big primates, but they share about 70% of their genes with humans. These cultures, in other words, will provide a window into how certain genes, or mechanisms for repairing damaged genes, might be critical for helping organisms survive in the harshness of space.

“What we may be able to do is give future space explorers medication that enhance the efficacy of those DNA repair mechanisms,” Zea said. “It’s kind of like an anti-oxidant that will help mitigate the effects of radiation.”

Before that happens, however, the team will need to wait—and wait.

The trip on Orion is just the first leg of the experiment. The researchers want to know how space radiation affects the microbes. To tease that out, BioServe will grow identical cultures of yeast on the International Space Station and on the ground in Boulder.

The box on Orion itself has a long journey ahead of it. Niederwiser and Zea handed the experiment over to NASA at the Kennedy Space Center in Florida in mid-August. Once Orion touches back down on Earth later this fall, the Colorado researchers will have to wait for a team to retrieve the capsule and its biological experiments.

“It's especially nerve racking because we will not know if the unit has operated as intended until we get the box back in two or three months,” Niederwieser said.

He and his colleagues are confident, however, that their tiny space explorers won’t let them down.

The historic spacecraft soon hit Earth's atmosphere flying at speeds of almost 25,000 mph. CU Boulder aerospace engineer Iain Boyd breaks down what will happen to the capsule, and how NASA will keep it safe on reentry. END_OF_DOCUMENT_TOKEN_TO_BE_REPLACED

A first-of-its-kind sensor, developed by a team at the Laboratory for Atmospheric and Space Physics, will measure sunlight reflecting from Earth with more accuracy than any instrument in space or on the ground. END_OF_DOCUMENT_TOKEN_TO_BE_REPLACED

Ahead of the historic space mission, crew members joined CU Boulder researchers Allie Anderson and Torin Clark to talk about how the eye changes in space, experiencing "space motion sickness" and more. END_OF_DOCUMENT_TOKEN_TO_BE_REPLACED
Return to the top of the page