Increased demand for water will be the No. 1 threat to food security in the next 20 years, followed closely by heat waves, droughts, income inequality and political instability, according to a new CU Boulder-led study which calls for increased collaboration to build a more resilient global food supply.

The report, published today in One Earth, comes as global hunger levels in 2021 surpassed the previous record set in 2020, and acute food insecurity in many countries could continue to worsen this year, according to the United Nations and The World Bank.

Top threats to global food security in the next 20 years

These pressing threats are not new: The impacts of political conflict and compounding environmental effects of climate change are already measured and studied around the world. The new study, however, finds that increased collaboration between these areas of research could not only fortify global food security in the face of any one of these threats, but also strengthen it against all of them.

“We provide strong support for the idea of building more resilient food systems in general, rather than trying to deal with individual problems here and there,” said Zia Mehrabi, lead author on the study, and assistant professor of environmental studies and in the Mortenson Center in Global Engineering. “It doesn't matter whether it’s a climate, environmental or political shock to the system—if you have resilient systems in place, they'll be able to deal with all the different kinds of shocks.”

According to a recent analysis by The World Bank, the war in Ukraine, supply chain disruptions, and continued economic fallout of the COVID-19 pandemic are reversing years of development gains and pushing food prices to all-time highs—working against the United Nations’ goal to end hunger, food insecurity and malnutrition in all its forms by 2030.

In addition, extreme events like heat waves, floods and droughts are on the rise.

While researchers and policymakers are developing solutions to improve the resilience of food systems, they often work in isolation—tackling one problem at a time. The new study found a great need for increased collaboration and coordination between researchers who study specific threats to food systems, so that decision-makers have comprehensive information, updated models and relevant tools as threats arise.

Prior to the COVID-19 pandemic, in 2019, the researchers surveyed 69 global experts in various fields related to food security. They ranked 32 top food security threats by both their impact and probability over the next two decades.

They found that many environmental events due to climate change—such as unpredictable weather changes—could have the greatest negative impacts on food security. Considering both their impact and probability, increased water demand, drought, heat waves, and the collapse of ecosystem services (natural benefits we rely on every day from the environmental systems around us) ranked the highest.

Yet they also found that threats to food security presented by income inequality, global price shocks, and political instability and migration have high probabilities of occurring in the next two decades, landing these threats in the top 10. 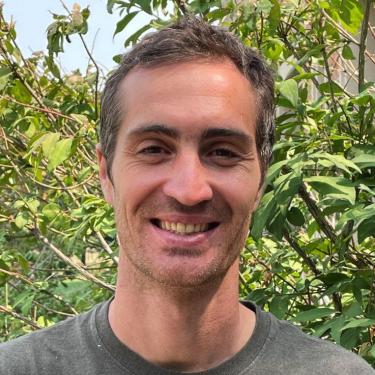 Conflict not only makes people more vulnerable but also limits their ability to adapt.”
–Zia Mehrabi

Over half of the world’s food insecure populations live in conflict-prone regions: failed states or regions with political instability, terrorism, civil unrest or armed conflict. The migration and displacement caused by these conflicts ranked in the top five most probable threats to global food security in the next 20 years.

“Food security is not a problem of production, it’s a problem of distribution, access and poverty, and that is exacerbated by conflict,” said Mehrabi. “Conflict not only makes people more vulnerable but also limits their ability to adapt.”

Conflict itself is not new, either. Prior to the conflict in Ukraine and the ongoing Ethiopian civil war, civil wars such as those in Syria, Yemen and elsewhere have continued to threaten regional and global food security.

“If we’d already been focused on addressing conflict and extreme events when COVID happened, we would have been in a much better situation,” said Mehrabi.

The researchers also asked the surveyed experts what the biggest outstanding research priorities in these areas are, and what top 50 questions scientists and policymakers should be focusing on.

Many prioritized food system diversification—as more diverse entities are typically more stable. For example, Ukraine provided 10% of global wheat exports in 2021 and 40% of the World Food Program's wheat supplies—a supply severely impacted by Russia’s attacks on the country in 2022.

While we cannot change where agricultural land is distributed, Mehrabi noted, researchers and policymakers might ask: How can countries diversify their food production, both in terms of location and nutritional output?

Researchers also can create better maps and predictions, which can inform proactive steps to preserve food security before, during, and after extreme events. Mehrabi points out that the collection of data underlying our maps has not kept pace with the advanced tools available to researchers today for prediction, and many models are not validated with matching on-the-ground measurements.

“We can see it happening in our world right now, conflict and climate getting worse. The trends show, and experts agree, on this getting worse in the future,” said Mehrabi. “How are we going to build and govern food systems that are resilient to all different kinds of shocks and extreme events? We need to start thinking about how we can build systems that can adapt and cope with all of them.”

The restoration of grassland ecosystems may need more of a guided, hands-on approach over time, according to a new review of global conservation efforts. END_OF_DOCUMENT_TOKEN_TO_BE_REPLACED 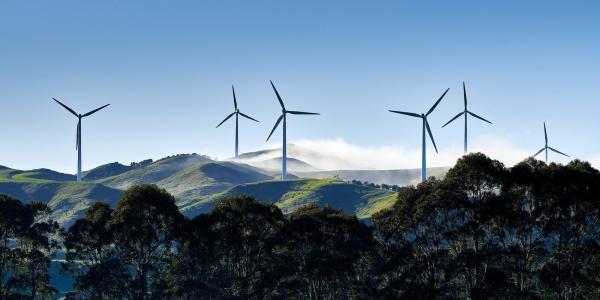 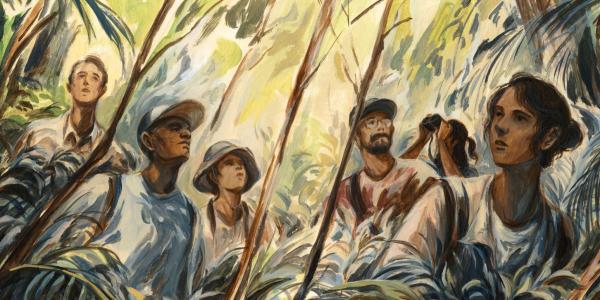 Graduate students in CU’s Masters in the Environment program recently journeyed into the Amazon and Atlantic forests with the Colorado-Brazil Program for Sustainable Development Education, where they were taught to keep human interest at the heart of conservation and climate change efforts. END_OF_DOCUMENT_TOKEN_TO_BE_REPLACED
Return to the top of the page