With approval by the CU Board of Regents, the University of Colorado has introduced 11 newly designated distinguished professors––the highest honor bestowed upon faculty across the system's four campuses. Six of the awardees are affiliated with the CU Boulder campus.

Distinguished professors are tenured faculty members who demonstrate exemplary performance in research or creative work; a record of excellence in promoting learning and student attainment of knowledge and skills; and outstanding service to the profession, the university and its affiliates. Including this year’s honorees, 129 distinguished professors have been named since inception of the title in 1977.

On Nov. 4, the Board of Regents voted to approve the cohort of faculty members, recommended by President Todd Saliman with the concurrence of the systemwide Committee of Distinguished Professors. This year’s honorees will be formally recognized during a board meeting in spring 2022.

The 2021 distinguished professors are: 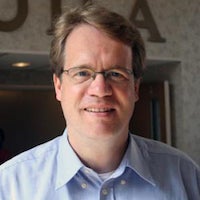 Becker is world-renowned in researching atomic and molecular dynamics. His particular focus is light-matter interactions. He explores fundamental interactions of atomic and molecular systems with ultrashort intense light pulses, as well as how these interactions can be productively controlled. A faculty member since 2008, he has authored or co-authored over 120 articles and has been cited over 10,000 times. He has received continuous support from the Department of Energy since his arrival in the U.S., as well as substantial support from the U.S. Air Force.

Beyond his pioneering work as a theoretical researcher, Becker is one of the best and most versatile physics professors at CU. He is highly regarded and has been named a “favorite professor” by the Physics Honor Society four times. Becker has been both a leader in the Department of Physics and at JILA, and is a highly successful graduate student mentor over the last decade. 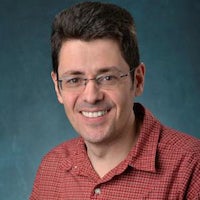 Jimenez is an exceptional teacher, researcher and community member. A member of the CU faculty since 2002, he is an internationally recognized researcher in the field of atmospheric aerosols, which have significant effects on climate, air pollution and human health. His work has included developing instruments, leading international field missions and conducting innovative analysis, dramatically changing atmospheric chemistry for the better. Not only has he proven a successful and innovative researcher, his influence extends to his students. Many of Jimenez’s most-cited works are lead-authored by his PhD students, demonstrating his willingness to empower the next leaders in his field.

Throughout the pandemic, Jimenez applied his aerosol expertise to understanding COVID-19 transmission. Among the results of his collaborative work is the World Health Organization’s acknowledgment that the virus is transmitted by aerosols. His work has not only inspired future researchers, significantly impacted the field of atmospheric aerosols, and proved an impactful, service-oriented member of the CU community, but it also saved lives. 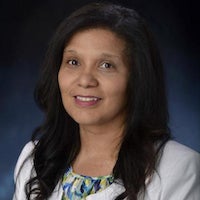 Kocher is widely acknowledged as a central voice in Black poetics and has been a pioneer in that field. She has inspired many young poets and trailblazed paths for Black female poets to follow. A member of the CU faculty since 2006, her dedication to CU is evident in her service in roles such as director of the Creative Writing Program, then department chair and then divisional dean, in addition to making lasting, impactful changes in each position.

Kocher’s teaching is exemplary and is heralded as among the best in the department. As an award-winning poet, she has powerfully and creatively brought to the fore important topics such as social justice, race and anti-racism. She has authored seven volumes of poetry, with more on the way, and her poetry has appeared in 13 major anthologies. Kocher displays talent, professionalism and leadership at every level. In addition to writing poetry, she is a multimedia artist with works in film and performance. She has 12 essays in print, demonstrating her inter-arts pursuits even as she pushes boundaries within poetry.

She is the winner of countless awards and recognitions, including the Beaux Boudreaux Visiting Writer Series Award from the University of Southern California (2020) and was a recipient of the National Endowment for the Arts Fellowship (2016). Her work as a teacher is exemplary, with unanimous praise from peers and students alike, who talk of her work as inspiring, impactful, and allowing them to command their own artistic crafts. 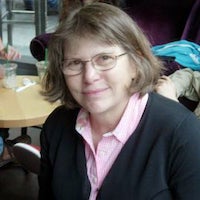 A member of the CU faculty since 1996, McKnight has served the CU community in a number of departments including the Department of Civil, Environmental and Architectural Engineering; the Environmental Studies Program, INSTAAR; the Center for Water, Earth Science and Technology; Hydrologic Sciences Graduate Program; and the Mountain Research Station.

Her scholarly work explores ecological, biogeochemical and hydrologic processes in lakes, streams and watersheds, primarily in polar and mountain regions. These field studies analyze the dynamics of these systems and apply innovative measurement tools in harsh environments. She is a leader in measuring dissolved organic matter from the spectra of its fluorescence. Her top paper has been cited over 2,000 times. Her work has made her a leader in the National Science Foundation’s Long-Term Ecological Research Network, and she has served as a principal investigator in a number of projects since 1997.

McKnight’s work has transformed her field and has enhanced scientific understanding to the effects of climate change. She has been active in public outreach programs meant to translate science to the public, including her work on a children’s book series. An outstanding teacher and mentor of graduate students, she has served CU as a curriculum innovator in a wide variety of disciplines. Since 1996, McKnight has been the principal advisor to 24 PhD students. Not only has she led groundbreaking research, furthered public knowledge and served the CU community, she has prepared the next group of researchers to do the same. 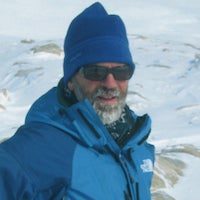 Gifford Miller, PhD, Department of Geological Sciences and the Institute of Arctic and Alpine Research (INSTAAR)

Miller is an internationally renowned authority on Quaternary science, the study of the Quaternary period (commonly known as the ice age, and modern warm times) that began approximately 2.6 million years ago. Specifically, he has tackled important questions regarding paleoclimate in the period and his work has transformed our understanding of why significant flora and fauna changes occurred during the period. A member of the CU faculty since 1980, Miller has a golden touch for finding and choosing important problems to study and is equally legendary for solving problems using unconventional approaches. Two important questions he answered are: During the Quaternary period, how big was the arctic ice sheet? And how fast did it change? These answers, as well as several separate investigations regarding megafauna extinctions, have had drastic practical impacts on his field.

As a teacher, Miller has succeeded through his students and mentees. Going beyond the classroom, he has garnered a reputation for teaching in the field, bringing students and trainees all across the globe to demonstrate the proper application of analytical tools and data analysis in some of the harshest environments on earth. Miller has served the university in a variety of positions. As chair and then faculty member of Geological Sciences, he was instrumental in the establishment of the Benson Earth Sciences Building. He also was pivotal in the design and development of the SEEC and SEEL buildings on the CU Boulder East Campus. Miller has a demonstrated record of leadership, service and innovation, and is a thought leader in his field. 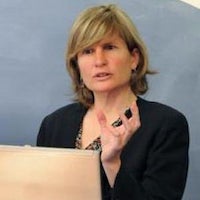 Norton is a groundbreaking constitutional scholar who has proven a thought leader in areas of the relationship between the government’s speech and the First Amendment. She was among the first to understand the complexities of this relationship and published the seminal book on this topic, The Government’s Speech and the Constitution (2019). As the most influential and respectful writer on what many considered the most important aspect of legal doctrine in a crucial part of the Constitution, Norton has demonstrated excellence in her field that is unparalleled.

Beyond her seminal writings, her teaching contributions have reflected that same level of dedication and inspiration. A member of the CU faculty since 2007, Norton has received several teaching awards, including the President’s Teaching Scholar (2014), and is a five-time recipient of the Excellence in Teaching Award, an honor bestowed by CU law students. Her impact on the education of law reverberates well beyond CU, as her work on government speech has impacted many law schools domestically and internationally. In her 20 years in academia, Norton has published more than 35 full-length law review articles and essays, in addition to a variety of shorter works. She is a highly sought speaker at top constitutional workshops and conferences across the nation. 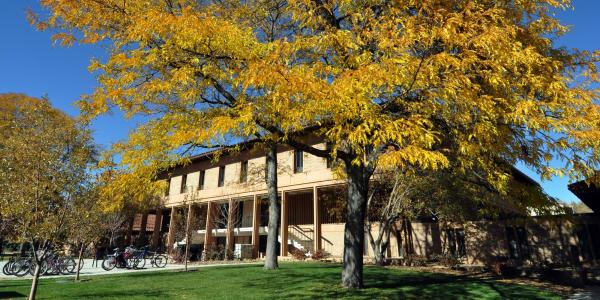 Congratulations to Kristi Wold-McCormick, campus registrar, who was recently elected president-elect to the American Association of Collegiate Registrars and Admissions Officers. Wold-McCormick has been the registrar at CU Boulder since 2014. END_OF_DOCUMENT_TOKEN_TO_BE_REPLACED 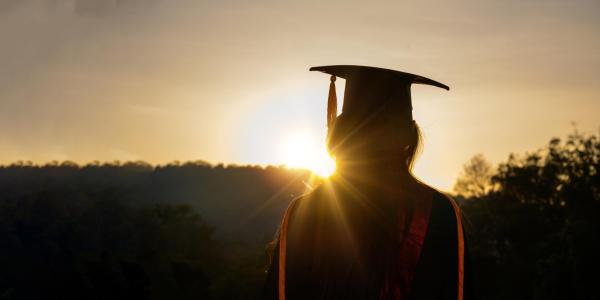 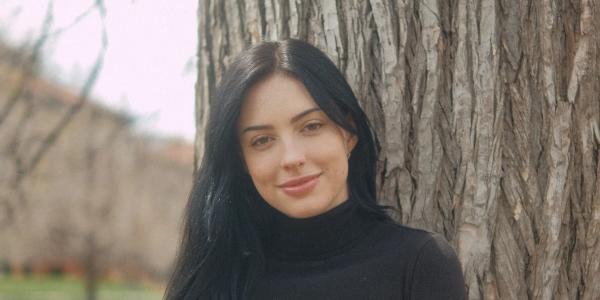 Rose Summers’ hard work has not gone unnoticed. The CU senior has received the highly sought-after Marshall Scholarship, affording her the opportunity to further her neuroscience research at the University of Cambridge. END_OF_DOCUMENT_TOKEN_TO_BE_REPLACED
Return to the top of the page