A specific wavelength of ultraviolet (UV) light is not only extremely effective at killing the virus which causes COVID-19, but is also safer for use in public spaces, finds new CU Boulder research.

The study, published this month in Applied and Environmental Microbiology, is the first to comprehensively analyze the effects of different wavelengths of UV light on SARS-CoV-2 and other respiratory viruses, including the only wavelength safer for living beings to be exposed to without protection.

The findings, which the authors refer to as a “game changer” for UV light use, could lead to new affordable, safe and highly effective systems for reducing viral spread in crowded public spaces like airports and concert venues.

“Of almost every pathogen we have ever studied, this virus is one of the easiest, by far, to kill with UV light,” said senior author Karl Linden, professor of environmental engineering. “It takes a very low dose. This indicates that UV technology could be a really good solution for protecting public spaces.” 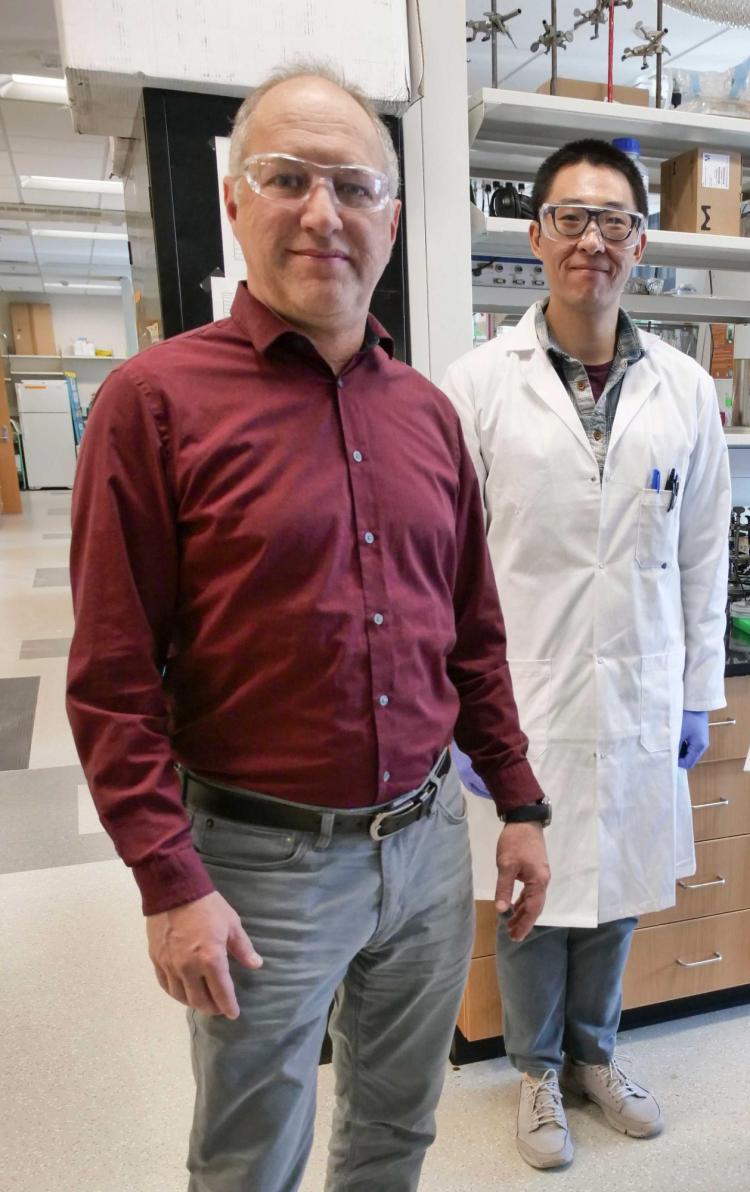 UV light is naturally emitted by the sun, and most forms are harmful to living beings—as well as microorganisms, like viruses. This light can get absorbed by the genome of an organism, tie knots in it and prevent it from reproducing. These harmful wavelengths from the sun, however, are filtered out by the ozone layer before they reach the surface of the earth.

Some common products, like fluorescent tube lamps, use human-engineered UV light, but a white phosphorous coating on the inside protects people from the UV rays.

“When we take that coating off, we can emit those wavelengths, and they can be harmful for our skin and our eyes—but they can also kill pathogens,” said Linden.

Hospitals already use UV light technology to disinfect surfaces in spaces when there are no people in them, utilizing robots which can shine UV light in operating and patient rooms between uses.

And many gadgets on the market today clean everything from cell phones to water bottles with UV light. But safety protocols are still being developed by the FDA and EPA. Linden cautions against using any personal or “germicidal" devices in which a person is exposed to UV light.

The new findings are unique, he said, because they hit the sweet spot between UV light that is relatively safe for humans and harmful for viruses, especially the one that causes COVID-19.

“This can be a game changer for the public use of UV light in indoor spaces,” said Linden.

“We thought, let's come together and make a definitive statement on what UV exposure is required to kill off SARS-CoV-2,” said Linden. “We wanted to make sure that if UV light is being used to control disease, you're delivering the right dose that's protective of human health and human skin, but also going to be killing off these pathogens.”

The opportunity to do this kind of work is rare, as there are extremely rigorous safety standards required to work with SARS-CoV-2. So Linden and Ben Ma, postdoctoral researcher in Linden’s research group, collaborated with virologist Charles Gerba at the University of Arizona, at a lab cleared to work with the virus and its variants.

The researchers found that while the virus was quite susceptible to UV light in general, a specific wavelength of Far ultraviolet-C, at 222 nanometers, was particularly effective. Created by what’s known as a krypton chloride excimer lamp, fueled by molecules moving between different states of energy, this wavelength is very high energy. Therefore, it’s able to inflict greater viral protein and nucleic acid damage to the virus compared to other UV-C devices, as well as be blocked by the very top layers of human skin and eyes—meaning that it has limited to no detrimental health effects at doses that are capable of killing off viruses.

“Not only is it safe, it's also the most effective,” said Linden. 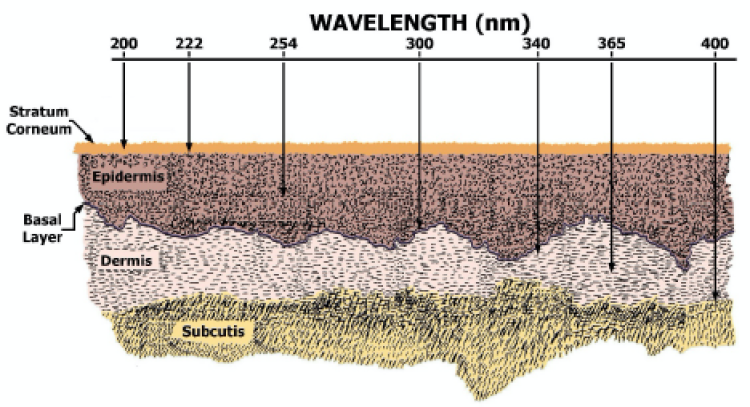 Different wavelength of UV light, measured here in nanometers, can penetrate skin down to different layers. The farther down into the skin these wavelengths go, the more harm they can cause. (Credit: “Far UV-C Radiation: Current State-of Knowledge,” published by the International UV Association in 2021)

The role of UV disinfection today

UV light in various forms has been used widely since the early 20th century to disinfect water, air and surfaces. As early as the 1940s, it was used to reduce the transmission of tuberculosis in hospitals and classrooms, by shining the light at the ceiling to disinfect air as it circulated throughout the room. Today, it’s used not only in hospitals, but in some public bathrooms and airplanes when there are no people in those spaces.

In a recent White Paper published by the International UV Association, “Far UV-C Radiation: Current State-of Knowledge,” which accompanies the new study, Linden and co-authors argue that this safer wavelength of Far UV-C light could serve as a key mitigation measure against the current and future pandemics, in addition to improved ventilation, mask wearing and vaccination.

Linden imagines systems that could either cycle on and off in indoor spaces to routinely clean the air and surfaces, or create an ongoing, invisible barrier between teachers and students, customers and service workers, and people in spaces where social distancing is not possible, to disinfect the air.

UV light disinfection can even rival the positive effects of improved indoor ventilation by providing the equivalent protection of increased air changes per hour within a room. It’s also much cheaper to install UV lights than to upgrade an entire HVAC system.

“There is an opportunity here to save money and energy while protecting public health in the same way. It’s really exciting,” said Linden.

A model of your very own kidney made entirely from soft and pliable polymers? Researchers at two CU campuses are on the cusp of 3D printing realistic replicas of human anatomy. END_OF_DOCUMENT_TOKEN_TO_BE_REPLACED

Researchers from CU Anschutz and CU Boulder are developing an artificial intelligence tool to diagnose dementia at earlier stages in an effort to curb its progress and plan more effective treatment options. END_OF_DOCUMENT_TOKEN_TO_BE_REPLACED

Researchers have been trying to quickly and accurately identify the parts of DNA that lead to genetic disorders such as cancer. A new software tool could improve that process and lead to the more tailored treatment and understanding of cancers from patient to patient. END_OF_DOCUMENT_TOKEN_TO_BE_REPLACED
Return to the top of the page