This month, a Pentagon task force will release a long-awaited report that digs into a topic typically relegated to science fiction movies and tabloid magazines: unidentified flying objects, or UFOs.

It’s a nostalgic subject for Carol Cleland, a professor in the Department of Philosophy at CU Boulder. When she was a girl growing up in Arizona, Cleland was fascinated by UFO reports, which she clipped from newspapers and magazines and kept in a scrapbook. 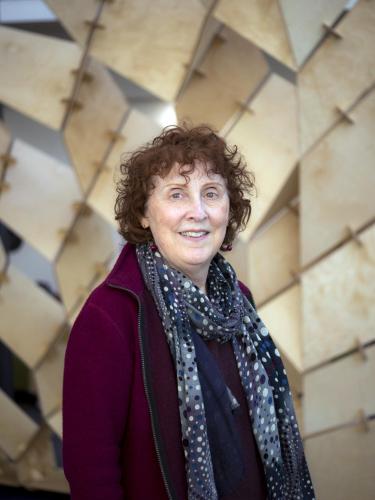 Cleland gave up her UFO hobby long ago, but she is still dedicated to the search for life beyond Earth. She has spent decades working with scientists in the field of astrobiology––which has laid the groundwork for humans to hunt for living (mostly microbial) organisms at locations like Mars and the icy moons Europa and Enceladus. Cleland is currently an affiliate of the California-based Search for Extraterrestrial Intelligence (SETI) Institute and directs CU Boulder’s Center for the Study of Origins.

Her most recent work focuses on how scientific discovery has, throughout history, hinged on anomalies––or phenomena that “shouldn’t be there” or that researchers can’t explain in terms of our current understanding of the world.

Cleland sat down with CU Boulder Today to talk about the upcoming UFO report and why scientists should take weird and mysterious observations seriously.

Can you tell me about your own early interest in UFOs?

In middle and high school, I devoured science fiction novels: Isaac Asimov, Ursula K. Le Guin and others. That was pretty much all I read, and I was really interested in UFOs. I collected UFO reports from newspapers and magazines in a scrapbook and hunted for patterns among them. On many an evening I scrambled onto the roof of my home in Phoenix, a pair of binoculars hung around my neck, and scanned the skies for UFOs until one of my parents yelled at me to get off the roof.

I was really hoping, of course, that UFOs were alien spacecraft. It struck me as plausible that we weren’t the only intelligent creatures in the universe.

No one’s expecting the U.S. government to say we’ve been visited by aliens. But do you think the current report is a sign people are beginning to take these observations seriously?

I think they should take them seriously.

We have to wait to see what the report says, but what people are expecting is something along the lines of: “Look, we’ve done all of these detailed studies. We have data on these phenomena from a diversity of sophisticated instruments. They’ve been seen by a large number of technologically knowledgeable people, and despite extensive efforts, we can’t explain them in terms of known natural phenomena.”

53 years ago CU Boulder conducted one of the last reports on UFOs. What’s in it?

One of the last government-commissioned reports on unidentified flying objects was conducted right here at CU Boulder and resides in the University Libraries archives. Heather Bowden, head of Rare and Distinctive Collections, shares her insights in this Q&A.

What could that mean?

If all of that is true, then you’ve got a truly baffling phenomenon. It might represent a problem with your instruments, which you should know about because that’s the kind of mistake that has potentially serious consequences, including war.

Alternatively, it could represent natural phenomena that transcend our current knowledge of physical phenomena and perhaps even pose a challenge to current physical theory. That is just as important to investigate because it might lead to major changes in scientific understanding. Finally, and this is what I dreamt of as a child, it might represent extraterrestrial technology.

If you actually look at the history of major scientific discoveries––discoveries that change scientific thought in fundamental ways––what you find are phenomena that were there all along but not recognized for what they represent. They’re either ignored or misinterpreted until, finally, somebody says: “Hey, look. Nothing that we’ve done so far to explain this has worked. This is something really weird. Maybe there is something seriously wrong with the way we are thinking about it.”

Then instead of trying to explain it away in terms of our current scientific understanding, people start to entertain more radical possibilities. This, in turn, may lead to important scientific discoveries, including major revisions in scientific theory. 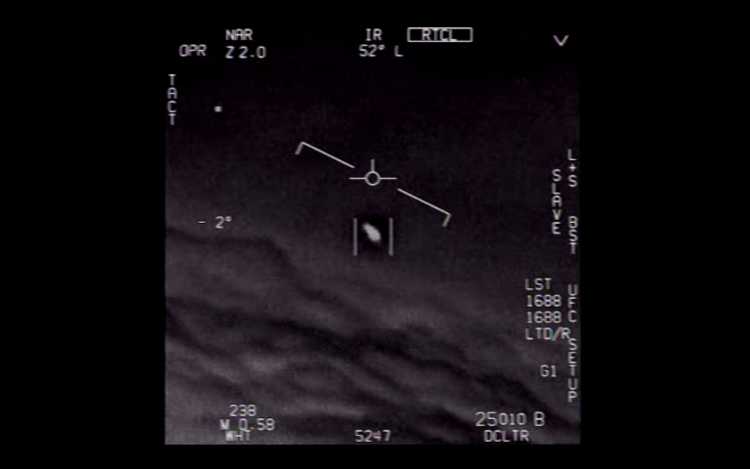 Unexplained aerial phenomena, such as this sighting recorded by U.S. Navy pilots, are the subject of an upcoming Congressionally-mandated report. (Credit: U.S. Department of Defense)

What’s an example of that?

One of the big impetuses for people accepting Einstein’s theory of general relativity was that he could explain the perturbations in the orbit of Mercury and Isaac Newton’s theory of gravity couldn’t. People had been trying to explain the deviations in the orbit of Mercury in terms of Newton’s theory for hundreds of years. Exotic possibilities were considered. For example, some proposed there was a planet Vulcan between Mercury and the sun with the peculiar property that the sun was always between it and Earth. Thus, Vulcan couldn’t be observed with even a powerful telescope.

What do you think the scientific community should do with some of the more credible reports of these aerial anomalies?

If they are truly credible, I think they ought to be investigated as interesting anomalies that are worthy of scientific investigation. That’s the way to settle the issue. If the physicists say they can debunk it, let them debunk it with explicit explanations of individual cases, instead of just asserting vaguely that they are certain that it can be explained in such a fashion.

Whatever the outcome, it will reveal there’s something important about the world that we don’t understand.

If we do wind up finding life beyond Earth, do you think it will wind up being weirder than what even science fiction authors like Isaac Asimov have imagined?

I think this is likely. I think there are certain very general characteristics that all life has to have: Living things have to extract energy from their environment in order to maintain themselves, and they have to excrete waste products back into the environment. That’s the idea behind what I call the “shadow biosphere”––to look for truly novel forms of life, you want to look for its shadows, for weird patterns left behind that are difficult to explain without life.

But beyond this, the question of what life on another world might be like is, I think, an open question. Also, it is important to keep in mind that these general characteristics aren’t enough to define life.

CU Boulder has been selected as a member of the United States Space Command Academic Engagement Enterprise, a new national program designed to expand collaboration and academic exchanges between universities and Space Command. END_OF_DOCUMENT_TOKEN_TO_BE_REPLACED

Since July 2022, a miniature satellite about the size of a shoebox has been orbiting Earth and monitoring how much solar energy reaches the atmosphere, one of the "most important" Earth science measurements. Now, scientists are finalizing their analysis of the first five months of the testing. END_OF_DOCUMENT_TOKEN_TO_BE_REPLACED

The historic spacecraft soon hit Earth's atmosphere flying at speeds of almost 25,000 mph. CU Boulder aerospace engineer Iain Boyd breaks down what will happen to the capsule, and how NASA will keep it safe on reentry. END_OF_DOCUMENT_TOKEN_TO_BE_REPLACED
Return to the top of the page