Visualization of satellites in orbit around Earth (Credit: NASA)

This weekend, a Chinese rocket booster, weighing nearly 23 tons, came rushing back to Earth after spending more than a week in space—the result of what some critics, including NASA Administrator Bill Nelson, have attributed to poor planning by China. Pieces of the rocket, dubbed Long March 5B, are believed to have splashed down in the Indian Ocean near the Maldives, and no one was injured.

But the event has shown the potential dangers that come from humanity’s expanding presence in space, said Hanspeter Schaub, professor in the Ann and H.J. Smead Department of Aerospace Engineering Sciences. 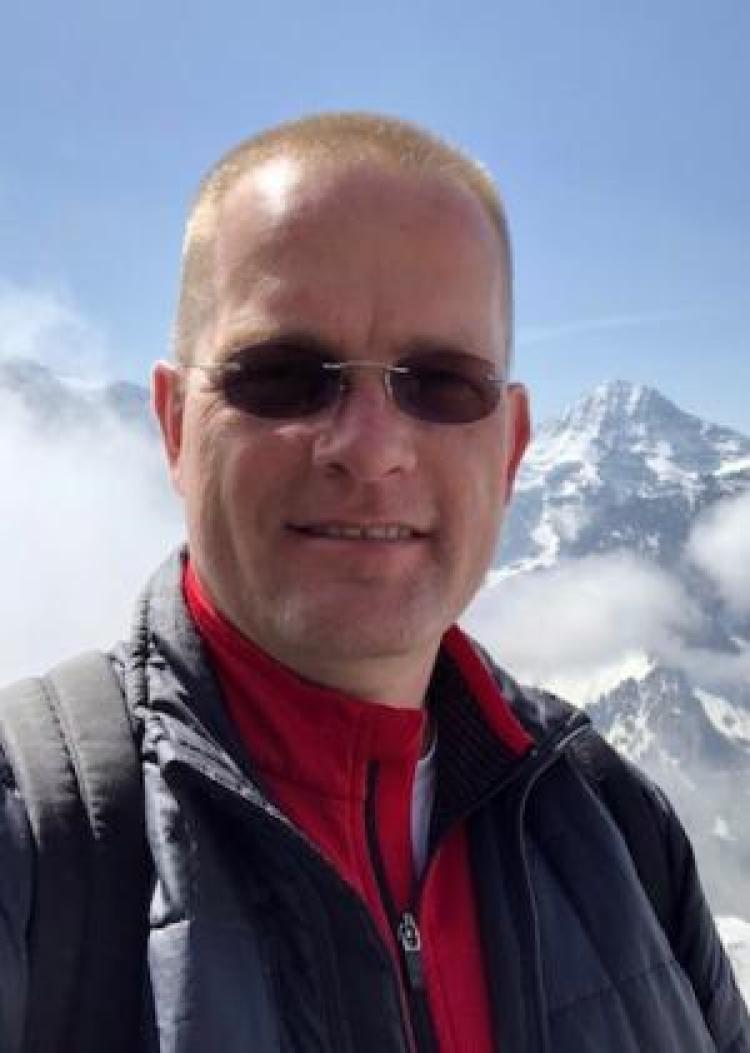 Schaub is an engineer with an eye for the myriad bits of junk that circle our planet—from meteors the size of grains of dust to manmade rocket stages as big as school buses. As humans launch more objects into space, he said, this debris may increasingly threaten the safety of satellites and human astronauts in orbit. In 2009, a decommissioned Russian satellite crashed into an active satellite called Iridium 33, sending a cloud of shrapnel hurtling around the planet.

He sat down with CU Boulder Today to talk about whether you should be worried about objects falling from space—and how emerging science fiction-esque technologies may soon play a role in removing space debris from orbit.

How common is it for an object like this rocket booster to crash back down to Earth?

Satellites and other objects in space do come down, sometimes within months, sometimes within years or decades after being launched. Most are designed to burn up in the atmosphere so that very few parts make it to the ground. But it’s really rare to see something the size of this Chinese rocket come down.

A lot of experts have also raised concerns about this event—saying that, in general, this isn’t supposed to happen in space exploration. Why is that?

There’s a growing awareness around the world that you have to be a good citizen when you launch a vehicle, but also when you have a vehicle that’s at the end of its life. If you have energy left in your satellite’s battery, for example, you should drain it. Otherwise, it can cause an explosion, and an explosion means you create a lot of small debris.

Even so, the average person probably isn’t going to get hurt by objects falling from space, right? As far as we know, no one has been killed by space debris to date.

The odds of being hit by space debris are really low. There are many more things we should be worried about these days.

One of the bigger concerns from space debris seems to be what’s happening in orbit. What are the risks there?

What we’re finding is that there are many events where these big, upper stage rocket bodies actually get very close to each other in low Earth orbit—within hundreds of meters or even less. They don’t collide, which is great. They just silently pass in the night.

But we’ve realized that this happens much often more than we thought years ago.

What happens if two of those objects do collide? 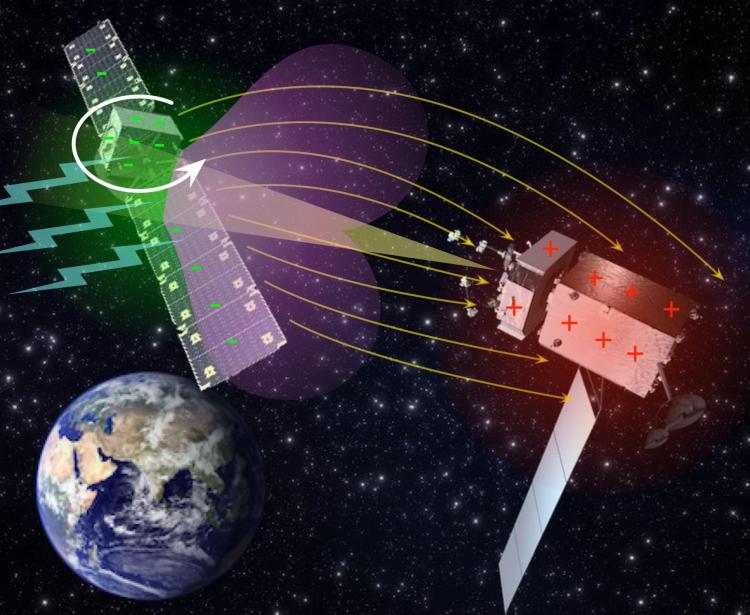 Graphic of an electron gun (right) slowing the spin of a decommissioned satellite (left) by creating a difference in charges between the two objects. (Credit: Schaub’s AVS lab)

If two of those big objects hit each other, they would create so much shrapnel. One of those collisions could create thousands or tens of thousands of pieces of space debris all of a sudden. You’re looking at objects that are about the size of an inch, but at those speeds, they will just kill your satellites. That’s a big, big concern.

We’re launching a lot more objects into space every year. How can we keep those kinds of accidents from happening?

My group, in particular, is trying to figure out how we can move these big bodies out of the way and prevent collisions.

We’re looking at technology that can tug on an object or make it stop tumbling. If you’re trying to use a robotic spacecraft that docks onto a satellite to fix it or move it out of the way, and it’s rotating, that is really difficult. Once they are decommissioned, spacecrafts in orbit can spin up. Think about a school bus-sized object completing a revolution every six seconds.

Your solution involves electrostatic forces—like clothes sticking together in the dryer. How does that work?

You would fly up to an object, then aim an electron gun at it to emit a negative charge and charge that object up. This allows you to create an electrostatic attractive force. If you modulate the beam, making it stronger or weaker at just the right times, you can actually unspin that object. It might take a few weeks, but you can slow down the spin rate such that it becomes much easier to dock.

So it’s, literally, a tractor beam like you see in science fiction movies?

Just not quite as powerful. We aren’t pulling in the Millennium Falcon while its thrusters are firing.

A first-of-its-kind sensor, developed by a team at the Laboratory for Atmospheric and Space Physics, will measure sunlight reflecting from Earth with more accuracy than any instrument in space or on the ground. END_OF_DOCUMENT_TOKEN_TO_BE_REPLACED

Ahead of the historic space mission, crew members joined CU Boulder researchers Allie Anderson and Torin Clark to talk about how the eye changes in space, experiencing "space motion sickness" and more. END_OF_DOCUMENT_TOKEN_TO_BE_REPLACED

NASA’s Orion spacecraft blasted off this morning from Florida in the first stage of its 25-day journey to circle the moon and return to Earth. Two CU Boulder scientists talk about what lies in store for the space agency’s ambitious Artemis Program. END_OF_DOCUMENT_TOKEN_TO_BE_REPLACED
Return to the top of the page