The University of Colorado Boulder will establish a community board that will enable students, faculty and staff to provide guidance on campus policing and public safety policies and procedures.

The Community Oversight Review Board (CORB) is the outcome of a monthslong collaborative effort among the CU Boulder Police Department (CUPD), student and campus leaders, and representatives of the campus’s shared governance groups.

CORB is also the key recommendation of a community safety task force the chancellor charged with evaluating campus policing policies, practices and training and recommending steps to ensure public safety works for the campus community.

According to the board’s established bylaws, its mission will be to create a formal structure “to ensure accountability and to provide an avenue for continued community review, feedback and regular communication with the police department.”

Board members will include representatives from student, staff and faculty governance groups and at-large student, faculty or staff members.

CUPD Chief Doreen Jokerst and outgoing CUSG Student Body President Isaiah Chavous, who worked closely on the project over the past year, acknowledged that the collaboration took a willingness to engage on the part of the campus police department and students through a process that was not always easy or comfortable for either side.

Chavous, who served on the chancellor’s task force, said each side arrived at the table with “opposing views on how police conduct should be handled, evaluated and held accountable.” In the end, he and Jokerst spent more than 100 hours in one-on-one meetings to come to an agreement on how CORB would be implemented.

“The hours spent negotiating and collaborating did not come from a place of initial animosity, but from the perspective of students calling for reforms to aid in the fight against systemic oppression and violence. CUPD wanted to change policy while the students and I wanted to have an active oversight mechanism,” he said.

Chavous, a senior who majored in political science and business, called CORB an historic agreement for the CU Boulder community in what has been a year of historic challenges due to the pandemic, a deadly mass shooting in Boulder, and the deaths of George Floyd and many others while in police custody around the country.

“Having led the implementation of the oversight board is one of my proudest achievements thus far,” he said.

Last summer, Jokerst began meeting with Chavous, Molly Frommelt, also a student body president and co-author of the board’s composition and framework, and other student leaders to discuss how to improve public safety at CU Boulder. Since then, Jokerst said everything she discussed with students had been implemented, including adding students to officer interview oral boards, posting reports of bias-based profiling and use-of-force data on the CUPD website, and involving students in police training programs.

Throughout the process, Jokerst met with her counterparts at the University of Chicago Police Department and other universities to gauge their work with their campus communities and asked for additional guidance from her partners at the Center for Policing Equity. The Auraria Higher Education Center in Denver, where the CU Denver campus is located, and the University of California Berkeley and UC San Diego are among the universities that have also established community advisory boards.

“We spent hundreds of hours over the past academic year to get where we are today with the creation of this community board,” Jokerst said. “We listened to each other, worked together in spite of vastly different perspectives when we started, but in the end, we conceived of a unique model that will benefit the campus community and the campus police department.”

Dan Jones, associate vice chancellor for integrity, safety and compliance, which includes CUPD, and the senior vice chancellor for diversity, equity and inclusion, once hired, will co-chair the board to ensure continuity and alignment with best practices.

Jones said it was a testament to the “commitment and leadership” of task force members that they were able to work closely with CUPD to bring CORB to fruition during an historic year of challenges and tragedies for the campus and the broader Boulder community.

“The work of our students, staff and faculty has and will continue to provide leadership for the campus and set an example for policing everywhere,” Jones said. 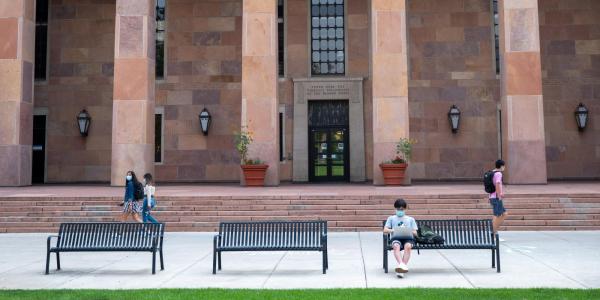 Systemic racism continues to deeply affect our communities. Here are some ways you can interrupt racist actions and harassment and look out for each other. END_OF_DOCUMENT_TOKEN_TO_BE_REPLACED 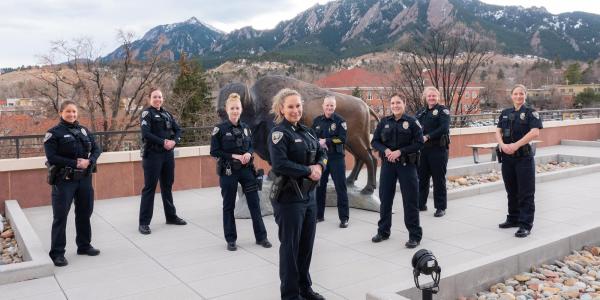 The CU Police Department has eight commissioned female officers among its ranks, comprising about 17% of its total corps. Since taking the helm, Chief Doreen Jokerst has hired three new female officers and intends to continue this trend among women and officers of color. END_OF_DOCUMENT_TOKEN_TO_BE_REPLACED 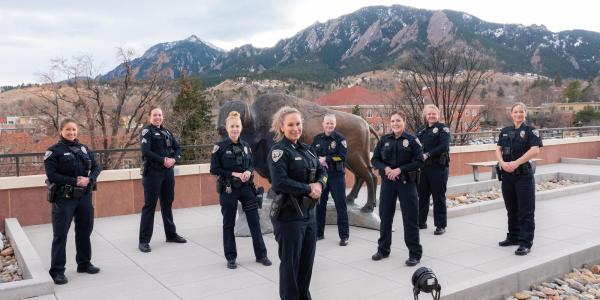 Public safety agencies, including the University of Colorado Police Department under the leadership of Chief Doreen Jokerst, are reassessing how to serve the communities they are sworn to serve and protect through greater transparency, accountability and trust. END_OF_DOCUMENT_TOKEN_TO_BE_REPLACED
Return to the top of the page