The CU Boulder Community Safety Task Force, which has been examining ways of strengthening the relationship between the University of Colorado Boulder Police Department and the campus community, has issued final recommendations to university leaders.

The task force’s key recommendation focuses on the university establishing a community review board that would provide ongoing guidance to CUPD Police Chief Doreen Jokerst or her designee about a variety of department policies, decisions, training and community engagement efforts. The task force also recommends the university appoint a second task force to determine the next steps for establishing such a board.

“The task force reviewed several models of community oversight and decided that a community review board model most closely aligned with the objectives of the students and the needs of the CU Boulder campus community,” task force members wrote in their final report.

Paul Taylor, an assistant professor in the CU Denver School of Public Affairs, served as an external facilitator to the task force and began meeting with members in late-August with the goal of examining how CUPD could build greater trust and expand its engagement with students, faculty and staff, especially Black, Indigenous and other people of color who study, teach, work and conduct research on campus.

“Task force members were asked to identify actionable recommendations,” Taylor said. “I found the work that student leaders had already done in collaboration with the chief this summer laid the groundwork for what they worked to achieve, including establishing ongoing collaborative work between CUPD and the campus community well into the future.”

Isaiah Chavous, a student body president who served on the task force, met recently with Chief Jokerst to discuss how the community review board would work when fully implemented. He and Jokerst agreed to the task force’s 10 recommendations as a foundation, but Chavous noted the final details about the board’s implementation are still underway.

“I have full confidence the board will take its proper form and provide the needed support to our CU community,” Chavous said. “I will continue working closely with the chief and the CU administration to ensure the board comes to fruition in a timely manner. We must cross the finish line.”

Jokerst and Dan Jones, associate vice chancellor for integrity, safety and compliance, met with task force members on March 11 to thank them for their service and to discuss ways of moving forward with next steps based on the group’s report.

In a Feb. 25 memo to task force members, Jones committed to posting the group’s recommendations on the Office of Integrity, Safety and Compliance website and to providing updates on progress allowing for “a more transparent and accountable process to our community stakeholders.”

Jones also said he would work to identify funding for the board, given that the proposed scope of responsibilities envisioned for it “are broad and cannot be accomplished solely through volunteer work. To be sustainable over the coming years, the board will need both financial and staffing resources.” In addition, he said his office would need to ensure the recommendations are in full compliance with university policies and state laws and policies as they apply to personnel issues.

“Please know we are committed to your recommendations and ensuring those are implemented to ensure (a) lasting impact at CU,” Jones said in the memo.

Jokerst shared the task force’s recommendations with an external consultant, the Center for Policing Equity, which recommended that she review what other campuses are doing to inform next steps in the process. Jokerst has worked with the Los Angeles-based center for the past two years and is reviewing similar community-based public safety programs at the University of Chicago, Syracuse University and the University of Arizona.

Chief Jokerst said she looks forward to the creation of the community review board and welcomes the ability to meet more regularly with students, faculty and staff.

“A number of the recommendations from the Community Safety Task Force are to review and provide recommendations to me on policies, procedures and training on a number of policing practices,” she said. “This community involvement provides for a much more transparent police department, and I welcome the collaborative process.”

The following are the task force’s recommendations:

Read the task force's entire report at the Office of Integrity, Safety and Compliance website. 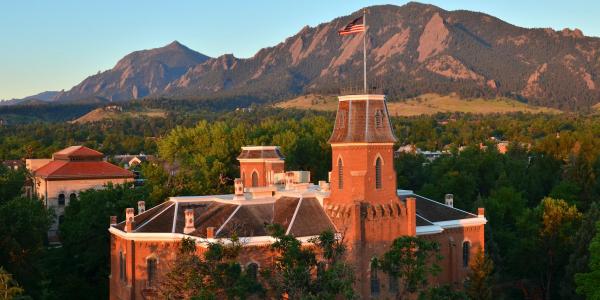 Gov. Jared Polis signed a legislative bill into law, declaring Juneteenth a state holiday. The holiday recognizes the emancipation of enslaved African Americans and celebrates the self-determination of Black Americans. This year, the university will offer a floating personal observance day for all leave-eligible faculty and staff. END_OF_DOCUMENT_TOKEN_TO_BE_REPLACED 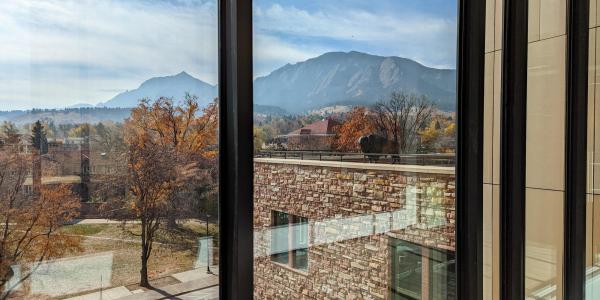 The university is expanding the number of all-gender bathrooms available to students, faculty and staff and individuals and families who visit the CU Boulder campus. END_OF_DOCUMENT_TOKEN_TO_BE_REPLACED 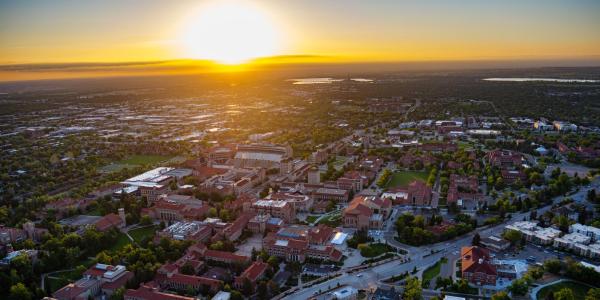 CU Boulder’s precollege programming and high-impact physics research and education will receive additional funding as part of the recently passed $1.5 trillion federal appropriations omnibus bill for the 2022 fiscal year. END_OF_DOCUMENT_TOKEN_TO_BE_REPLACED
Return to the top of the page