Across centuries and diseases, poverty, conflict and racism fuel pandemics

Painting depicting the fall of Tenochtitlan to Hernán Cortés and his allies. (Credit: Public domain image via Wikimedia Commons)

In July 1520, Spanish conquistador Hernán Cortés fled Tenochtitlan, the capital of the then-sprawling Aztec Empire, in the midst of a popular revolt against his puppet emperor, Moctezuma II. Thousands of people died in the violence, and bodies purportedly filled the city’s streets and waterways.

Around the same time, the region faced a second threat: An epidemic of smallpox that European colonists helped to spread throughout Mesoamerica—showing how Old World violence and diseases combined to decimate the Indigenous population. 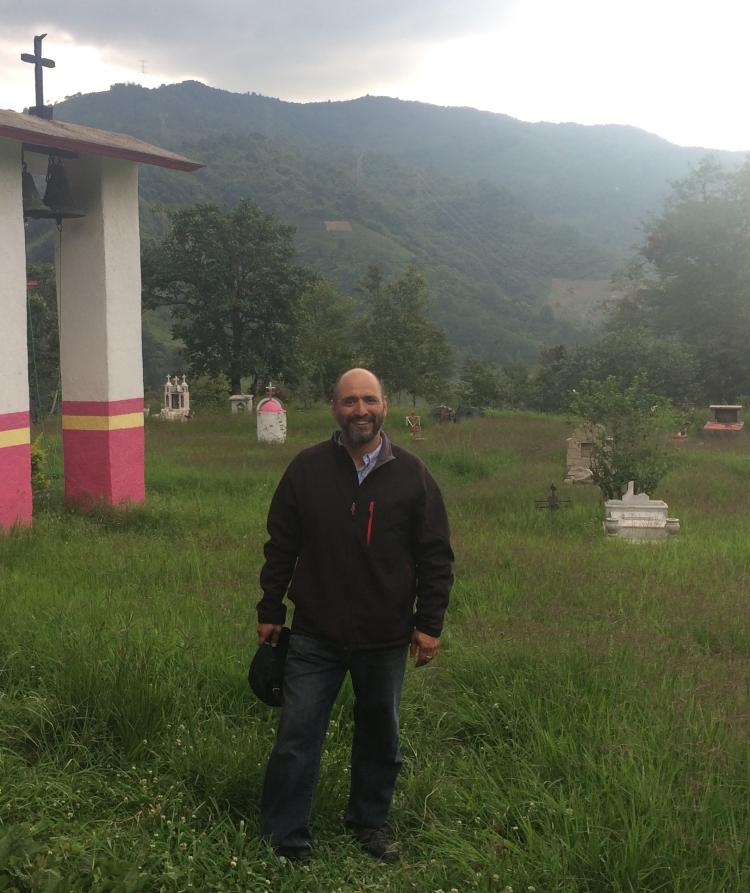 Top: Gerardo Gutiérrez in a cemetery in a Nahua indigenous community in the Mexican state of Puebla; bottom:

On its surface, the 500-year-old epidemic doesn’t seem like it would have a lot in common with the COVID-19 cases currently raging around the globe. But CU Boulder archaeologist Gerardo Gutiérrez sees a lot of parallels. The coronavirus pandemic, like smallpox epidemics before it, has taken the most brutal toll on communities that are already vulnerable because of war, poverty, racism and more.

“The history of pandemics is also the history of political change,” said Gutiérrez, an associate professor in the Department of Anthropology. “Pandemics have often been the straw that broke the camel’s back for societies that were already having troubles.”

Now, he and colleague Catherine Cameron are diving deep into that history. In a paper published recently in the magazine SAA Archaeology Record, the team draws on case studies from the Colonial Era to take a new look at the archaeology of disease. The researchers argue that epidemics are more than just biological phenomena—they’re also intrinsically tied to the broader welfare of human societies.

The findings, Gutiérrez and Cameron said, highlight how important it is for social scientists to get involved in studying pandemics.

“We’ve seen real problems with how people of color and minorities are treated during pandemics,” said Cameron, a professor of anthropology at CU Boulder. “That’s something that needs to be recognized.”

As Cortés was waging war with Tenochtitlan, the world was experiencing one of the most profound shifts in human history. Expanding trade routes for silver, silks, animal skins and more tied Europe to the New World, Asia and Africa in ways that had never been seen before.

“The planet is really connected for the first time,” Gutiérrez said. “But those connections don’t just come down to trade and money. We also see the global connection of pathogens.”

The consequences for the Americas were severe: Estimates suggest that war, colonialism, smallpox and many other diseases may have killed large portions of the population of North and South America—amounting to millions of people, and entire civilizations, gone during the three centuries of colonial rule.

Many researchers have traditionally explained this catastrophic loss of life through something called the “virgin soil” hypothesis. Indigenous peoples in the Americas, proponents say, died in such high numbers from diseases like smallpox because their immune systems hadn’t encountered those viruses and bacteria before.

But that explanation is incorrect, Gutiérrez said, and tends to let Europeans off the hook.

“The virgin soil hypothesis only addresses the biological part of those epidemics,” he said. “It leaves out all of the social components that were occurring at the same time.”

In other words, human actions can shape the course of a disease just as much as biology. 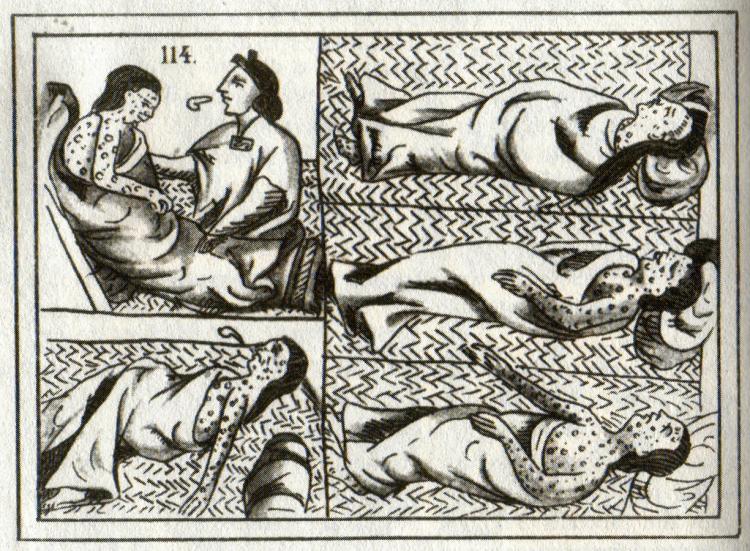 Cameron is an archaeologist who studies the lives of Indigenous people in North America. She explained that these communities experienced shock after shock in the 17th and 18th centuries: Settlers from England, France, Holland and other nations removed Indigenous groups from their traditional territories and forced many thousands of Native Americans into slavery. In some cases, newcomers from overseas encouraged fighting between native groups, leading to conflicts like the Fox Wars in the early 1700s.

Native Americans didn’t have weak immune systems, Cameron said. But the added burden of warfare, malnutrition and the destruction of communities and caregivers made the death toll much worse.

“In any population affected by disease, numbers will eventually rebound,” she said. “That’s what happened with the plague in Europe. But Native Americans never had that opportunity because they were being hounded, pushed out of their lands, enslaved and killed in wars.”

She added that there’s a lesson in that history for today’s pandemic. This year, Black and Latino people have been roughly twice as likely to die from COVID-19 as White Americans, even though they experienced similar rates of infections. The coronavirus has also run rampant through modern-day Native American communities like the Navajo Nation.

“The structural violence that affected Native Americans during the colonial era is still continuing today,” Cameron said. “The tribes have been some of the hardest hit by COVID.”

Gutiérrez noted that the archaeology of past epidemics shows that medicine can only do so much to fight viruses and bacteria. To combat pandemics, nations also need to address the social factors that put already vulnerable groups in the crosshairs of infection.

“We tend to think that the hard sciences and technology are going to rescue us from all of our toils and troubles,” he said. “The reality is that, yes, they are a key element in fighting pandemics, but they will never work if we can’t find the political commitment to adapt our social institutions to these challenges.”

New data shows that banning abortion would lead to more maternal deaths than previously thought, a critical finding less than a week after the Supreme Court ruled 5-4 to overturn Roe v. Wade. END_OF_DOCUMENT_TOKEN_TO_BE_REPLACED

On June 24, the Supreme Court released a decision in Dobbs v. Jackson Women’s Health Organization. The court also ruled to overturn the 1973 Roe v. Wade decision. Jennifer Hendricks, a professor at the University of Colorado Law School, addresses her interpretation of the rulings. END_OF_DOCUMENT_TOKEN_TO_BE_REPLACED

A recent survey shows more than 60% of Americans know “nothing at all” or only “a little bit” about what Juneteenth is or its importance in American history. Ashleigh Lawrence-Sanders, professor of African American and Black cultural history, discusses how and why we celebrate Juneteenth. END_OF_DOCUMENT_TOKEN_TO_BE_REPLACED
Return to the top of the page