Correction: An earlier version of this article mistakenly referenced an H-1B visa backlog. The language has been corrected to reference an immigrant visa (green card) backlog.

CU Boulder leaders are encouraged by federal immigration legislation moving through Congress that seeks to protect Deferred Action for Childhood Arrivals (DACA) and other Dreamers and to clear an immigrant visa (green card) backlog that is impacting international scholars.

On March 18, the American Dream and Promise Act of 2021 passed in the House on a 228-197 vote and, if approved in the Senate, would provide a pathway to citizenship for DACA and Temporary Protected Status (TPS) recipients.

Colorado Reps. Jason Crow, Diana DeGette, Joe Neguse, and Ed Perlmutter co-sponsored the legislation, and higher education groups such as the Association of American Universities (AAU) and the American Council on Education (ACE) quickly issued statements in support of the bill’s passage.

Chancellor Phil DiStefano and other campus leaders lauded efforts by the state’s congressional delegation to support and protect DACA and international students and scholars. DiStefano said the campus’s strategic imperatives of shaping tomorrow’s leaders, being the top university for innovation and impacting humanity positively all factor into the university’s support for international and DACA students who are pursuing their academic and career goals at CU Boulder.

“We have said it for years, and it remains true today: Our DACA and international scholars and researchers contribute to our success in many ways, and their presence in our classrooms, in our research labs and elsewhere contributes to a broader, richer and more successful experience for all of us,” the chancellor said.

Federal lawmakers last month also introduced the U.S. Citizenship Act of 2021, comprehensive, bicameral legislation that would codify DACA provisions into law, provide dual intent for international students, help clear green card backlogs, and increase H-1B visas for individuals who graduate from U.S. schools with a degree in science, technology, engineering or math (STEM) and other fields. This act is based on the framework released by President Joe Biden.

The House is expected to take up the U.S. Citizenship Act in April. However, the margins for advancing comprehensive immigration reform through the Senate are much narrower, according to university government relations officials.

To clear the Senate, university government relations staff say the package would need to move through the same complex budget reconciliation the Democrats used to advance the latest coronavirus relief package. They can use reconciliation up to two more times over the next two years, and a range of federal policies from infrastructure to climate change and to tax and health care policy are also vying for inclusion in future reconciliation bills. 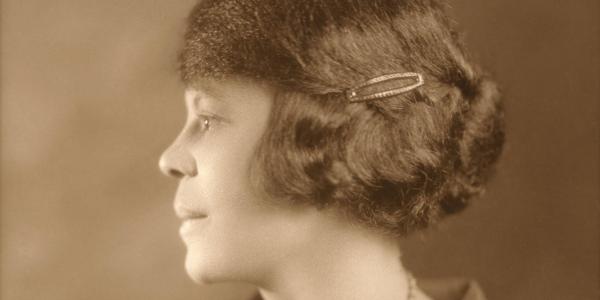 Approved are the new names of two buildings––one after pioneering alumna and lifelong educator Lucile Berkeley Buchanan and another after Professor Emeritus Albert Ramírez and his late wife, Vera, who for many years provided support, mentorship and guidance to first-generation and other underrepresented students. END_OF_DOCUMENT_TOKEN_TO_BE_REPLACED 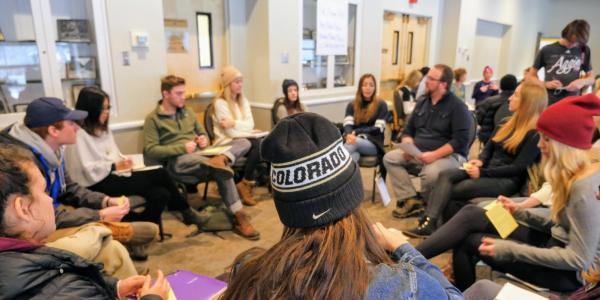 CU Boulder will continue to move major initiatives forward during the current academic year and beyond—including the pivotal work of the IDEA Council to prioritize and implement recommendations included in the Inclusion, Diversity and Excellence in Academics Plan. END_OF_DOCUMENT_TOKEN_TO_BE_REPLACED 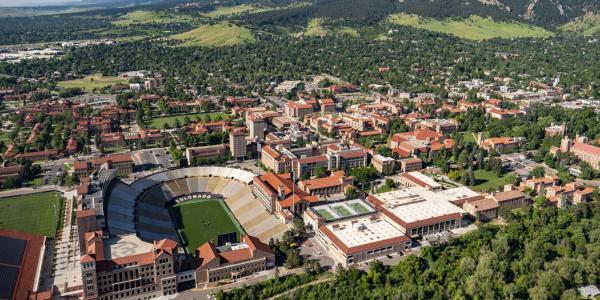 In support of international students, CU Boulder strongly opposes proposed changes to the U.S. Department of Homeland Security’s longstanding duration of status policy. END_OF_DOCUMENT_TOKEN_TO_BE_REPLACED
Return to the top of the page