A new kind of synthetic "skin" applied to a stretchy material to spell out the word "SLIP." (Credit: Ding lab)

A research team led by CU Boulder has designed a new kind of synthetic “skin” as slippery as the scales of a snake.

Yifu Ding, senior author of the new paper, explained that every day, machines from robots to cars lose tremendous amounts of energy simply because their parts rub together. To try to reduce that loss, he and his colleagues took cues from nature—specifically, its most slithery members.

“A snake’s body is soft enough that it can twist itself into all kinds of shapes,” said Ding, a professor in the Paul M. Rady Department of Mechanical Engineering. “It can also move really fast if it needs to, in part because its skin has such low friction.”

In their latest study, the researchers developed a tool called solid-liquid interfacial polymerization (SLIP) that allows them to lay a thin layer of skin onto existing surfaces like rubber or stretchy materials called elastomers. That layer looks a lot like the scales of a snake and can turn an otherwise sticky surface into a slip hazard. 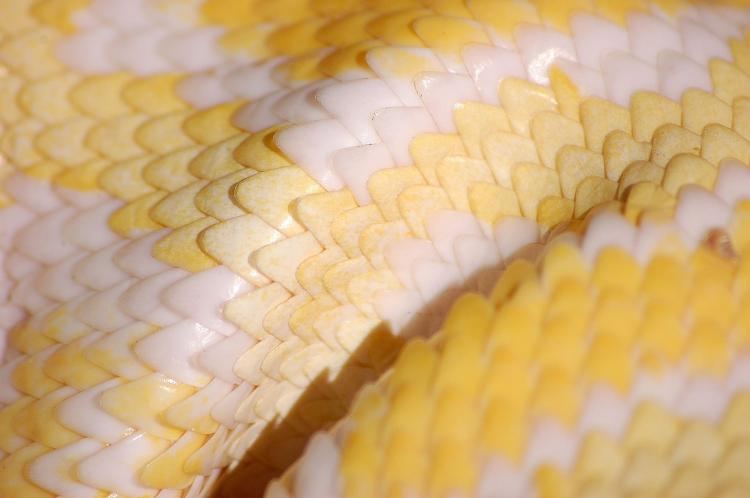 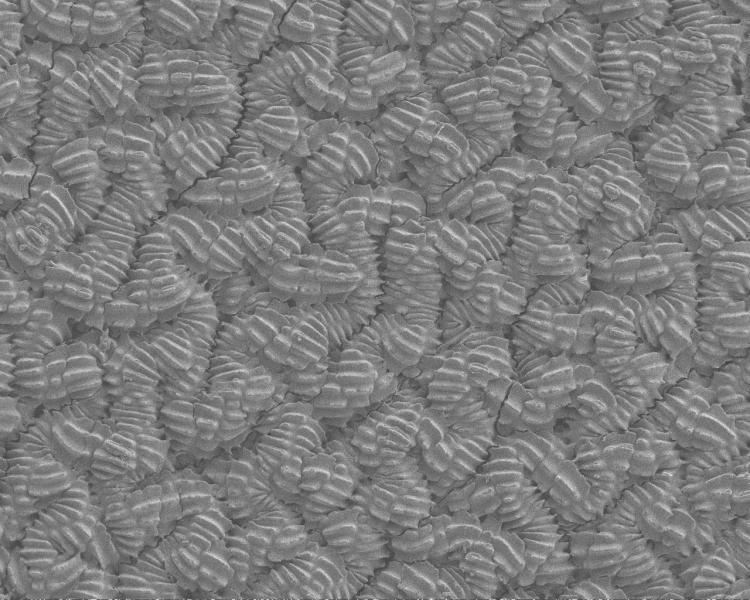 The technology could be a boon for machines that battle friction but can’t tolerate getting wet.

“There are a lot of new engineering applications, like soft robots or wearable sensors, where you can’t use these traditional liquid lubricants,” said Ding who is also part of the Materials Science and Engineering Program at CU Boulder. “Rather, you have to modify the surface itself.”

That’s now possible, thanks to the oft-hated snake.

What’s in a scale?

Snakes, from striped garter snakes to bright-green vine snakes, owe a lot of their success to their scales. If you put one of these small structures under a microscope, you’ll notice that they’re made up of many layers of tissue stacked on top of each other.

“The top layer is like keratin, what our fingernails are made of,” Ding said. “It’s very brittle and stiff. Then the scale gradually transitions to a much softer material below.”

That combination of hard on top of soft gives snakes their edge, helping them to keep their friction low while still remaining flexible. It’s also the feature that Ding and his colleagues wanted to replicate in the lab.

The group began with a base made out of polydimethylsiloxane (PDMS), an elastic material common in many medical technologies. The researchers then used the SLIP technique to place a thin, scale-like layer of synthetic material onto that foundation.

The method, Ding explained, works by mixing small molecules into a film of liquid, then using light to get them to fall out of suspension—a bit like peas sinking to the bottom of a bowl of soup. Once there, those building blocks infiltrate the PDMS and form a hybrid skin layer.

This results in the laboratory equivalent of snakeskin boots.

“Nothing sticks to it,” Ding said. “You can touch it, and your finger will slip.”

To prove just how snake-like their invention is, he and his colleagues—including Mengyuan Wang, who recently earned her PhD from CU Boulder—ran a series of seemingly simple tests. The group attached weights to both the hybrid and normal PDMS, then put them on various slanting surfaces.

“PDMS is really sticky,” Wang said. “Even when you completely flip it upside down, it will still stick to surfaces.”

The team’s snakeskin has similar levels of friction to many ceramic materials and shiny metals, the group found. Ding added that the SLIP method is nimble enough that it can lay down this skin in any pattern, including in shapes that spell out words.

The group still has a lot of work ahead of it before it can start applying its slippery surface to real robot joints. But the research is yet another reason to thank a friendly snake.

“When we’re designing new materials, we don’t always know what kind of structure to make,” Ding said. “But if there’s an example in nature, it’s already proven that it can work, so we can just mimic that.”

Scientists from three countries report that materials inspired by nature could one day help engineers design new kinds of solar panels, robots and even coatings for ultra-fast jets. END_OF_DOCUMENT_TOKEN_TO_BE_REPLACED

This molecular link within iodine’s atmospheric interactions can be added to global atmospheric and climate models to help scientists better understand its environmental impacts. END_OF_DOCUMENT_TOKEN_TO_BE_REPLACED
Return to the top of the page