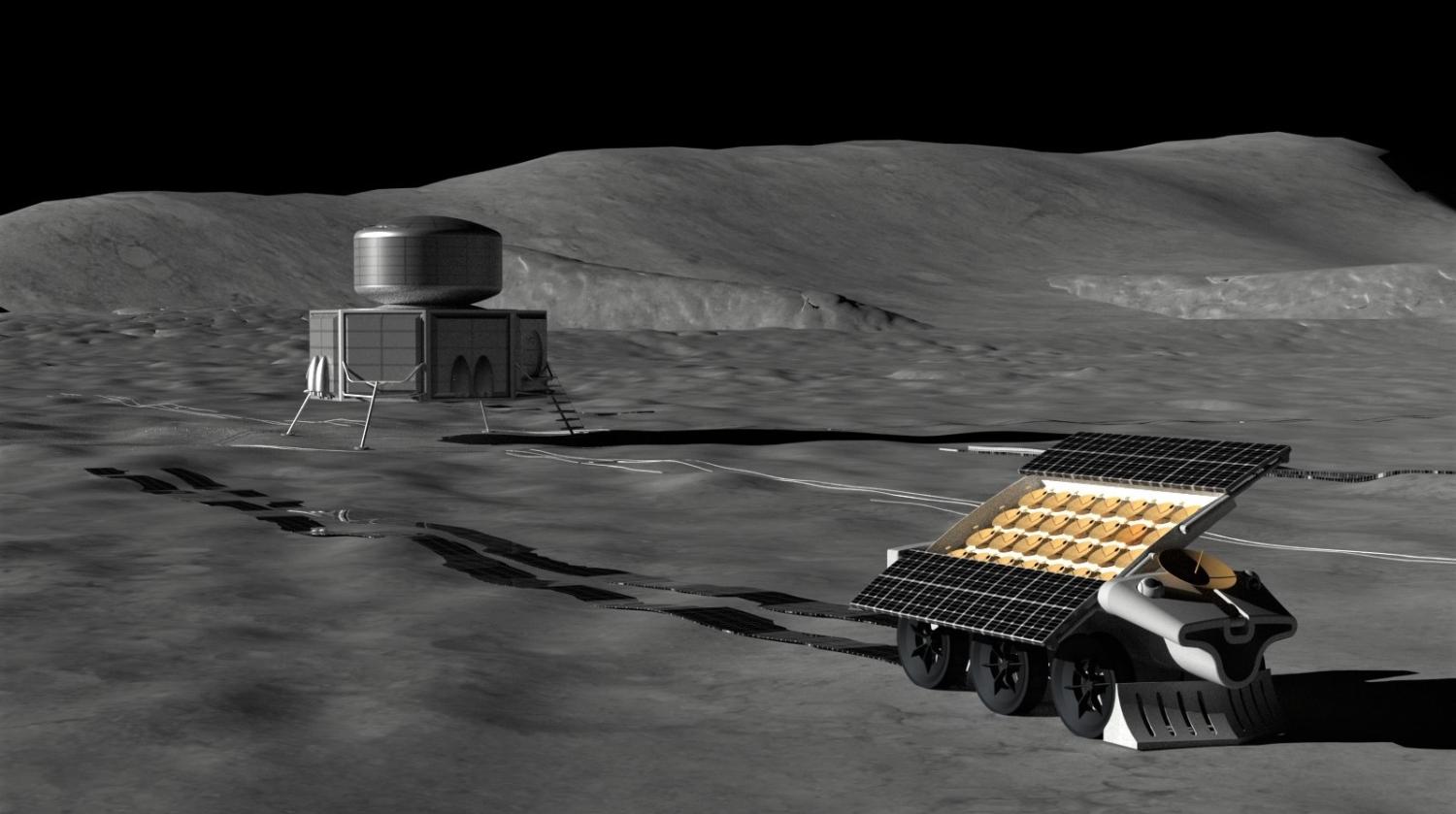 Artist's depiction of a robot laying out an antenna on the lunar surface. (Credit: Lunar Resources)

Lunar Resources, Inc., of Houston, Texas, and the University of Colorado Boulder are launching a new research effort to lay the groundwork for a one-of-a-kind lunar radio astronomy observatory—a network of hundreds of miles of antennas constructed on the far side of the moon using materials harvested from the lunar surface itself.

NASA recently awarded the team a $125,000 grant to complete a nine-month study on the project, called the Lunar Farside Radio Observatory, or FarView. The funding is part of the 2021 Phase I NASA Institute for Advanced Concepts (NIAC) program. The program is highly competitive with less than 5% of proposals selected for an award.

The NIAC program selects novel concepts to transform future NASA missions with the creation of breakthroughs—such as radically better or entirely new aerospace concepts—while engaging America's innovators and entrepreneurs as partners in the journey. Jack Burns, a professor in the departments of Astrophysical and Planetary Sciences and Physics at CU Boulder, developed the concept for the unprecedented observatory.

“FarView will be the most sensitive astronomical observatory in history," said Ronald Polidan, principal investigator of FarView and director of programs at Lunar Resources.

FarView aims to investigate an unexplored period in the history of the universe called the Cosmic Dark Ages. It will identify the conditions and processes under which the first stars, galaxies and accreting black holes formed. That is, however, just the tip of the iceberg, explained Burns, co-investigator on the project.

“The FarView Observatory will allow for multiple disciplines of science to be probed in unprecedented detail,” said Burns, also vice president emeritus for Academic Affairs and Research for the CU System. "Not only can we do one-of-a-kind astrophysics, but we will be able to probe the subsurface of the moon, develop in depth space weather forecasts, detect magnetic fields associated with potentially habitable planets around nearby stars and even detect lightning storms on Neptune.”

Lunar Resources’ novel lunar resource extraction and space manufacturing technologies are enabling more than 95% of the observatory’s mass to be extracted and then manufactured on the moon.

“Through utilization of the resources on the Moon, we could build FarView at about 10% of the James Webb Telescope cost and operate for more than 50 years. … That’s game changing,” said Dr. Alex Ignatiev, chief technology officer of Lunar Resources.

Through the the NIAC Phase I Study, the team will perform an initial end-to-end system-level study of constructing FarView. Then the team will apply for NIAC Phase II funding before transitioning FarView to a Phase III program to develop the first of four FarView arrays on the lunar surface by 2030.

CU Boulder geologist Lisa Mayhew serves on the science team for NASA’s Perseverance rover, an intrepid machine that has crossed over nearly 8 miles of the surface of Mars—and is helping to recreate the forces that shaped this planet into what it looks like today. END_OF_DOCUMENT_TOKEN_TO_BE_REPLACED

On Monday, NASA’s Double Asteroid Redirection Test slammed into an asteroid called Dimorphos at speeds of more than 14,000 miles per hour. CU Boulder aerospace engineer Jay McMahon breaks down how this test could one day help to protect life on Earth. END_OF_DOCUMENT_TOKEN_TO_BE_REPLACED

In two years, a dust analyzer designed and built at CU Boulder will launch aboard NASA’s Europa Clipper spacecraft, aiding in its mission to determine if Jupiter's icy moon Europa has conditions that could support life. END_OF_DOCUMENT_TOKEN_TO_BE_REPLACED
Return to the top of the page