When Megan O’Grady looks at a painting, she doesn’t just examine its composition. She’s interested in the artist behind the brushstrokes and the social context in which the artist is working.

This month she explored an extraordinary, yet little written about, history of Black abstraction in a piece for The New York Times: Once Overlooked, Black Abstract Painters Are Finally Given Their Due. CU Boulder Today spoke with O’Grady, a critic and essayist who recently joined the university as assistant professor of Critical and Curatorial Studies in Art and Art History, about why it’s important to revisit art history, its movements and its artists. 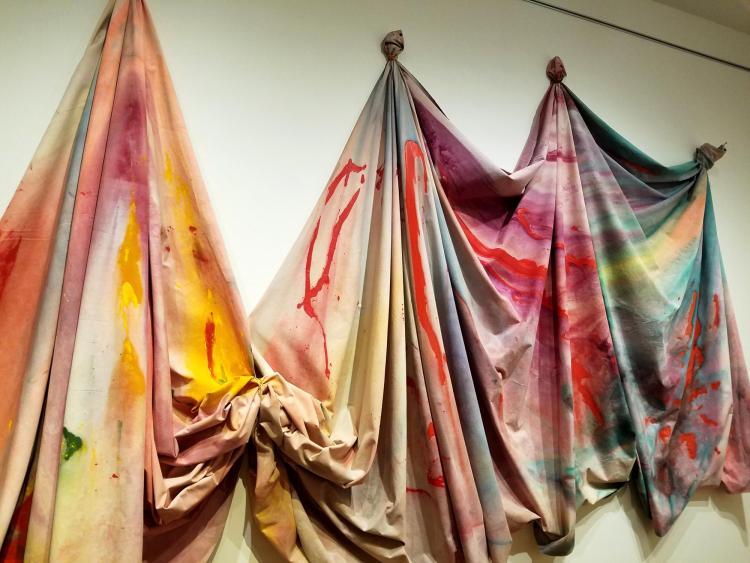 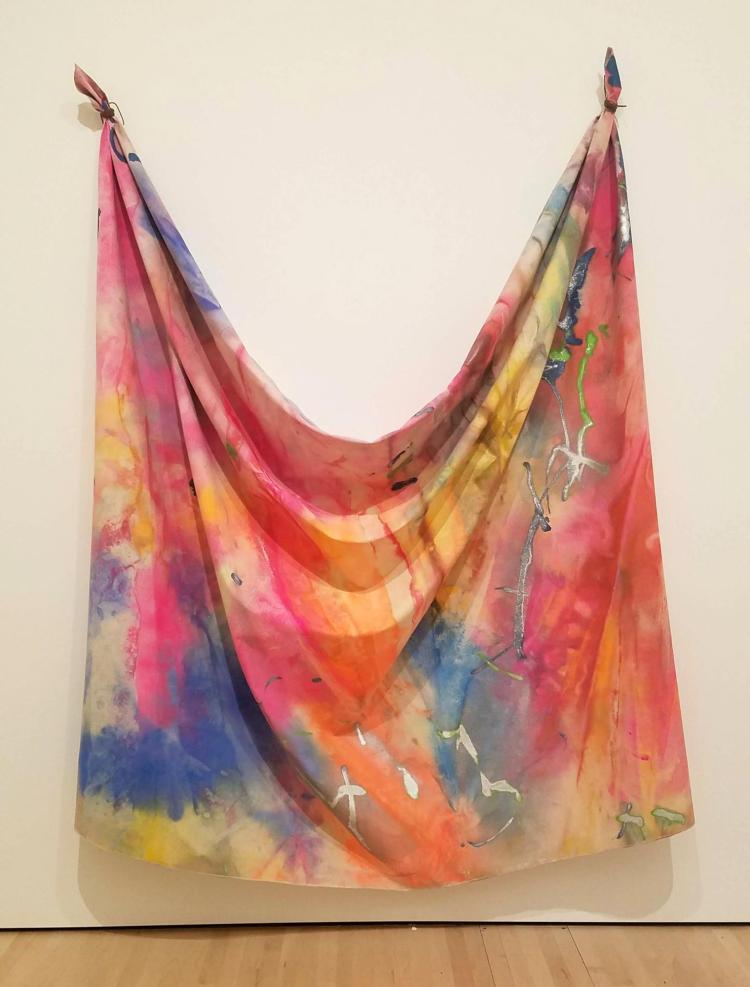 What prompted you to write this piece for The New York Times Style Magazine?

I’ve always been drawn to art that’s more subliminal in its messaging. Being in the same room as a Sam Gilliam canvas does something to you. There’s a contact high, a euphoria. The radical color, vibrancy and vastness of scale just bypass the analytical parts of one’s brain. Gilliam was associated with the Washington Color School, but his formal innovations set him apart. In the late 1960s, he began painting on unsupported canvas that could be draped and suspended, giving it a sculptural quality. He’s 87 now, and he just had a show of new work at the Pace Gallery in New York.

As I began the story, I was thinking about the ways in which our current moment feels parallel to the time when Gilliam was making those breakthroughs. It’s another era of national self-reflection, prompted in part by brutalities captured on cellphone cameras—not so different from a half-century ago, when images from Selma were being beamed into living rooms and white Americans were witnessing what Black communities were up against.

In the 1960s, there was an expectation that African-American artists make work that engaged explicitly with the civil rights struggle or that was explicitly invested in racial uplift. To a certain extent, this is still true today. Figurative painting and art that’s very direct in its social critique has dominated the conversation for a few years, and for good reason. But I wanted to know how artists who worked in less representative modes dealt with that expectation.

Your story also looks at a younger generation of abstract artists.

Yes. Rashid Johnson in particular was key to this story in helping me make the case that, as a critical and existential investigation, abstraction is no less relevant to questions of identity or consciousness. As Johnson told me, “There is no battle between abstraction and representation. These are not adversarial positions. It’s like suggesting that John Coltrane has less of a voice than Stevie Wonder.”

Also, I should say that these modes can sometimes be more porous than we make them out to be. This is what makes the work of two of my favorite 20th century painters, Norman Lewis and Beauford Delaney, so compelling: You can see them discovering on the canvas for themselves what texture, rhythm and gesture can do, not to mention a refusal to bow to imposed standards. 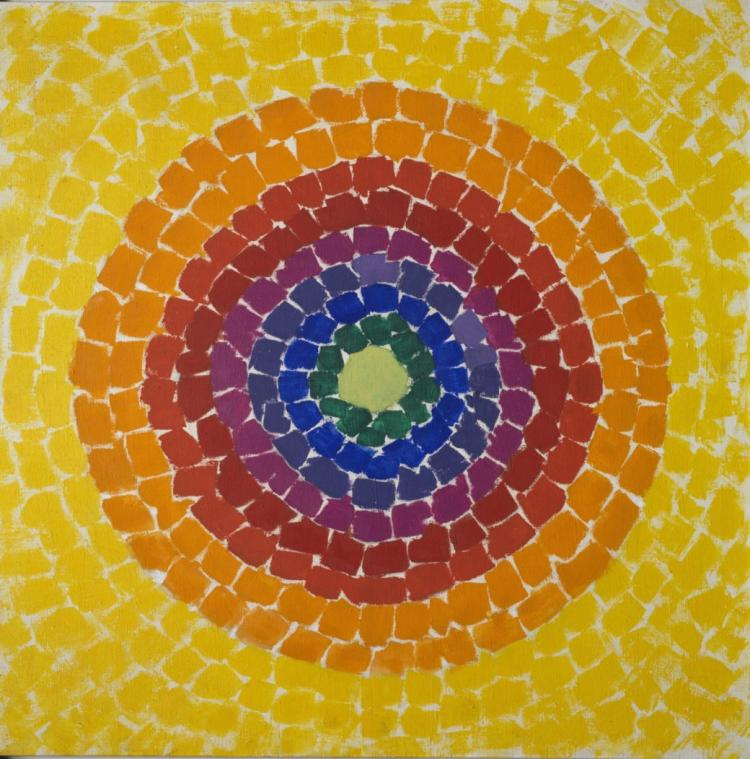 Why is it important to tell these stories of past and present artists, who have ended up being less well known for their abstract work?

Much of the work of a critic today involves re-contextualizing artists and rethinking art movements of the past, knowing that art history, like all histories, is fallible, privileging some stories and experiences over others. Alma Thomas, the first African-American woman to have a retrospective at the Whitney in 1972, was an abstract painter. Gilliam became the first African-American to represent the United States at the Venice Biennale the same year. These are major American artists, and yet there’s no question that they were marginalized and why. Needless to say, it’s dehumanizing to have your work consistently undervalued.

Jack Whitten’s “Notes From the Woodshed” helped me find a way in. Published in 2018, the same year as the artist’s death, it compiles five decades of his studio logs. In them, he was continually refining his creative purpose and ideals; he contended with exactly this question: What is the purpose of art when racism in this country is a constant threat? In 1963, after the white supremacist bombing of the 16th Street Baptist church in Birmingham, his hometown, that killed four girls and partially blinded a fifth, he went through a long, anguished stretch of self-questioning. It’s an amazing document.

Where might we see work by some of these artists?

A really wonderful show, “Grief and Grievance,” that just opened at the New Museum in New York, features many of the artists I wrote about in the story, including Whitten, Johnson, Mark Bradford and Jennie C. Jones. Gilliam’s “Double Merge”—an installation of two drape paintings from 1968—is currently on extended view at the Dia Beacon, and a show of his new work just concluded at the Pace Gallery in New York. Currently, Howardena Pindell has an exhibition at the Shed. In the fall, McArthur Binion will have a show at Lehmann Maupin. The Joyner/Giuffrida collection, which showcases several generations of Black abstract artists, has been touring museums. While the pandemic has made access to art more difficult, many museums have digital tours, and galleries have begun to re-open. We all need a little inspiration and beauty these days.

Assistant Professor Helanius Wilkins has won a $10,000 grant from the National Endowment for the Arts for a choreographed duet. The CU College of Arts and Sciences matched the grant with another $10,000. With the funding, Wilkins and the CU dance division will collaborate with several presenter-partners, including Basin Arts and the Acadiana Center for the Arts in Louisiana and Keshet Center for the Arts in New Mexico. END_OF_DOCUMENT_TOKEN_TO_BE_REPLACED 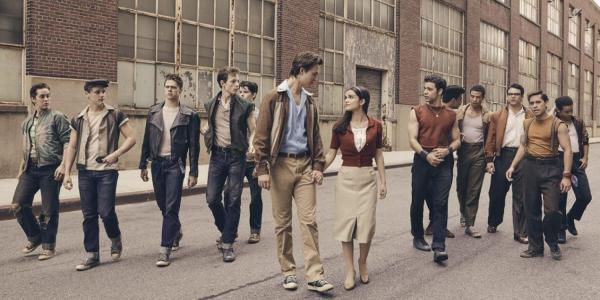 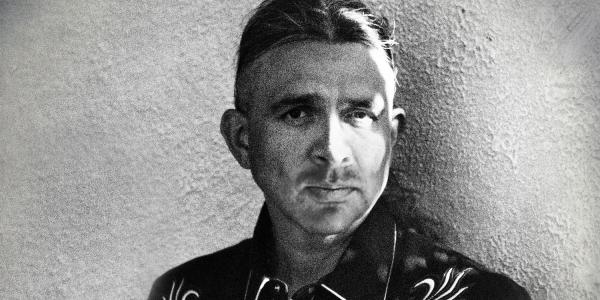 “What slashers do is they carve into the world and balance the scales of justice," says horror writer and CU Boulder Professor Stephen Graham Jones. His newest book, "My Heart is a Chainsaw," is in bookstores now. END_OF_DOCUMENT_TOKEN_TO_BE_REPLACED
Return to the top of the page