Banner image: A plenary at the 25th Conference of the Parties, held by the United Nations Framework Convention on Climate Change in December 2019. (Credit: UNFCCC/UNclimatechange, Flickr)

Under the worst-case scenarios laid out in the United Nations’ climate change projections, global temperatures could increase as much as 7.2 degrees Fahrenheit (more than 4 degrees Celsius) by 2100, leading to as much as 3 feet (0.98 meters) in global sea level rise and an array of disastrous consequences for people and planet. But new research from CU Boulder finds that these high-emissions scenarios, used as baseline projections in the UN’s Intergovernmental Panel on Climate Change (IPCC) global assessments, have not accurately reflected the slowing rate of growth in the global economy and we are unlikely to catch up to them anytime soon.

The new study, published late last week in Environmental Research Letters, is the most rigorous evaluation of how projected climate scenarios established by the IPCC have evolved since they were established in 2005.

“If we’re making policy based on anticipating future possibilities, then we should be using the most realistic scenarios possible,” said Matthew Burgess, lead author on the study and a fellow at the Cooperative Institute for Research in Environmental Sciences (CIRES) at CU Boulder. “We'll have better policies as a result.” 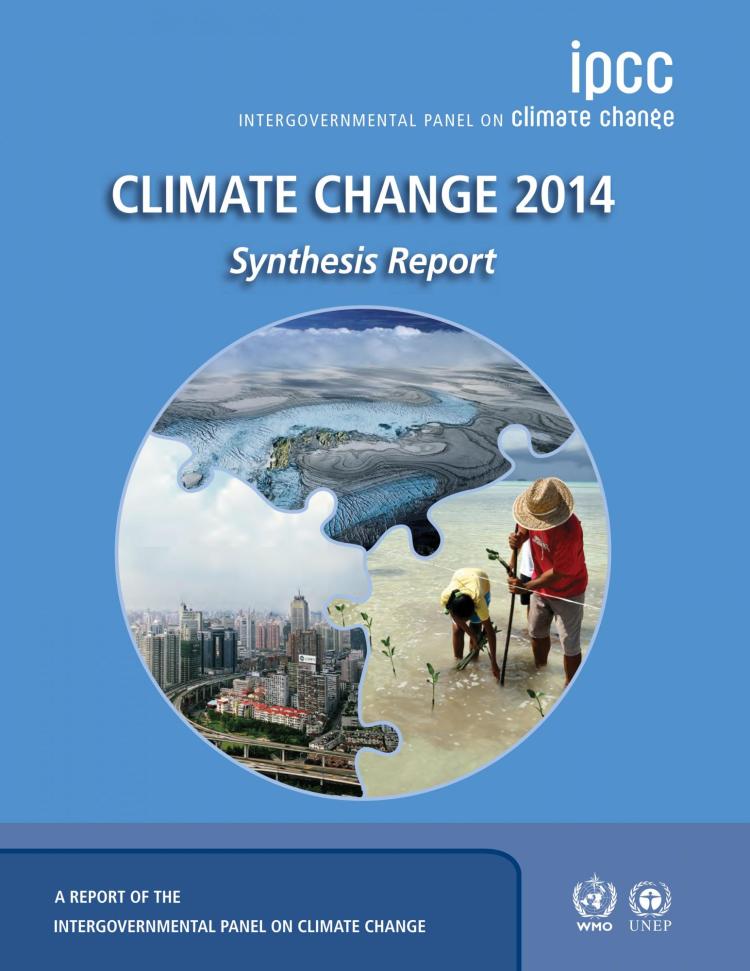 The IPCC was established in 1988 and provides policymakers around the globe with regular research-based assessments on the current and projected impacts of climate change. Its reports, the sixth of which is due out in 2022, play an instrumental role in shaping global climate policy.

To see if IPCC scenarios are on track, the researchers compared projections from the latest report, published in 2014, and data used to prepare the upcoming report, to data gathered from 2005 to 2017 on country-level gross domestic product (GDP), fossil-fuel carbon dioxide emissions, likely energy use and population trends during this century. Burgess and his co-authors show that even before the pandemic, due to slower-than-projected per-capita GDP growth, as well a declining global use of coal, these high-emissions scenarios were already well off-track in 2020, and look likely to continue to diverge from reality over the coming decades and beyond. The COVID-19 pandemic’s dampening effect on the global economy only accentuates their findings, they said.

As a result, they contend that these high-emissions scenarios should not be used as the baseline scenarios in global climate assessments, which aim to represent where the world is headed without additional climate mitigation policy.

The good news: Emissions are not growing nearly as fast as IPCC assessments have indicated, according to the authors, and may have already peaked. The bad news: The IPCC is not using the most accurate and up-to-date climate scenarios in its planning and policy recommendations.

When it comes to climate change scenarios, some scientists and climate experts fear that economic growth will be higher than the projected scenarios, and we’ll be taken by surprise by climate changes. But that is unlikely to happen for several reasons, according to Burgess, assistant professor in environmental studies and faculty affiliate in economics.

This new research adds to a growing literature that argues that economic growth and energy use are currently over-projected for this century.

Second, big recessions tend to have a greater economic impact and last longer than big economic booms. In 2020 alone, the U.S. GDP has dropped more than 5 percent due to the COVID-19 pandemic. Even with fast growth, the world is unlikely to catch up to the GDP predicted in the IPCC’s high-emissions scenarios this century, according to Burgess.

For example, for carbon emissions to rise to the level of some high-emissions scenarios, the average person in every world region in 2100 would have to be making as much as an entry-level Google employee does today, said Burgess. Not only is that economically unlikely, but this level of individual wealth cannot exist at the same time as widespread climate change disasters that would damage infrastructure, prompt mass relocation and create global food insecurity.

Climate scenarios exist to tell us something about how the world’s evolving. But what happens if those scenarios don't reflect the world that we're in?

Roger Pielke Jr., co-author on the paper and professor of environmental studies, likens it to appropriately dressing for the weather outside. While it’s a useful exercise to know what you would wear in 80-degree weather, if it’s actually much more likely to be 60 degrees outside, you should actually plan for that.

The researchers recommend that these policy-relevant scenarios should be frequently recalibrated to reflect economic crashes, technological discoveries, or other real-time changes in society and Earth’s climate. Anticipating the future is difficult and updates are to be expected, according to Pielke Jr.

Their study does not mean that people can let their guard down when it comes to addressing climate change, they stress. No matter the scenario, the only way to get to net zero emissions as a society is to dramatically reduce carbon dioxide emissions from our energy sources.

“We're still affecting the climate and the challenge of reducing emissions is as hard as ever,” said Pielke Jr. “Just because it's not the worst-case scenario doesn't mean that the problem goes away.”

Additional co-authors on this paper include John Shapland in Environmental Studies at CU Boulder and Justin Ritchie of the University of British Columbia’s Institute for Resources, Environment and Sustainability.

Mitigating climate change by significantly reducing carbon emissions this decade will require big transitions in all sectors, from energy and transportation to construction and industry. But significant reductions in global emissions are possible, experts say. END_OF_DOCUMENT_TOKEN_TO_BE_REPLACED

Clint Carroll, associate professor in the Department of Ethnic Studies, studies Cherokee access to gathering wild plants and land use management, and tends to the land in his own backyard. END_OF_DOCUMENT_TOKEN_TO_BE_REPLACED

With the planet already warming, technical fixes to addressing a changing climate are important, experts say, but they can only get us so far. We need social fixes, too. END_OF_DOCUMENT_TOKEN_TO_BE_REPLACED
Return to the top of the page