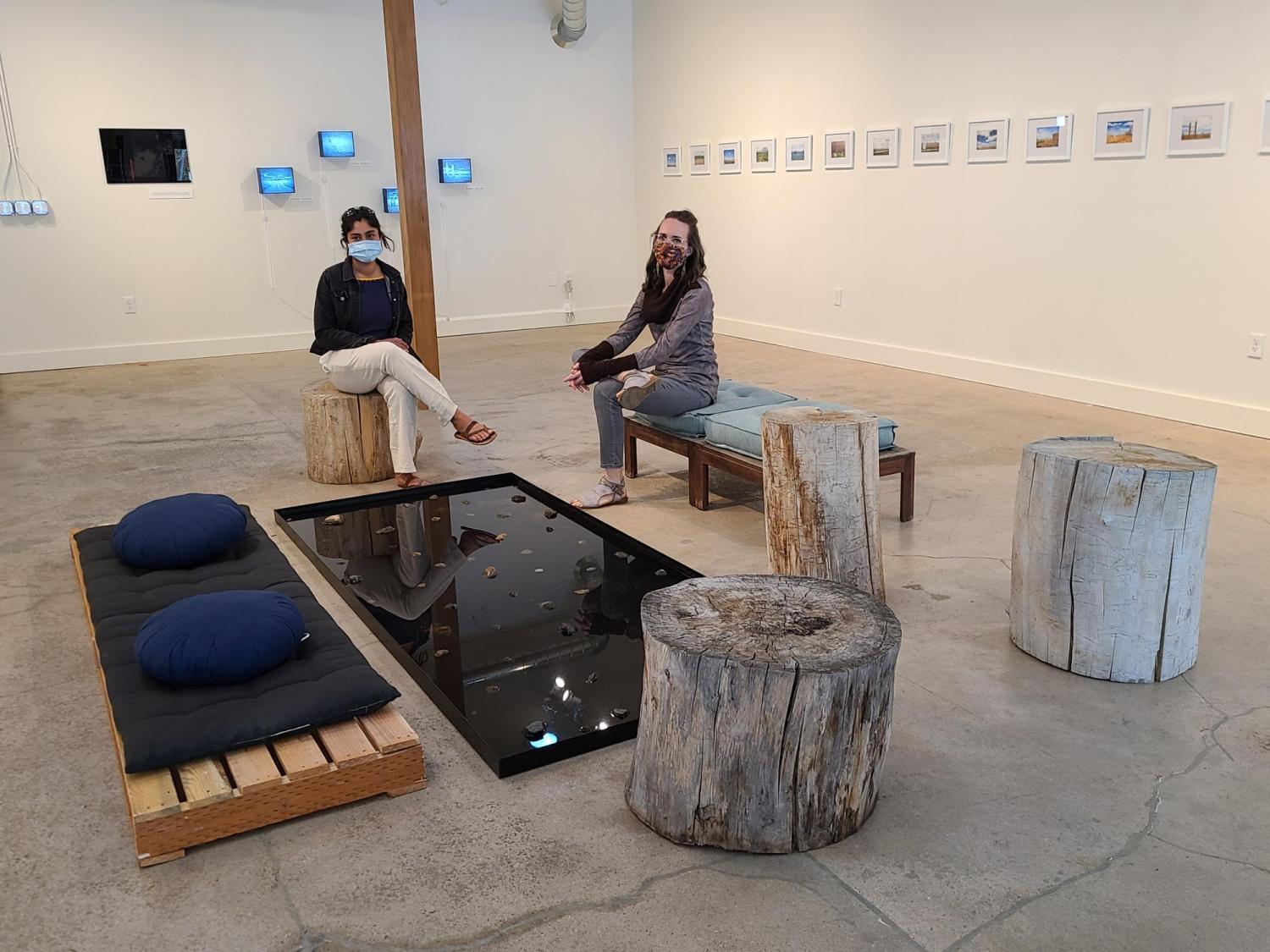 Wanting to better understand the contentious and complicated issues surrounding fracking in Colorado, social scientist Denise Fernandes and photographer Shelby McAuliffe collaborated on a project researching the cultural politics of oil and gas in Boulder and Weld counties.

The result of their yearlong research is the visual exhibition Invisible Disruption: The Cultural Politics of Hydraulic Fracturing in Colorado.

Fernandes is working on a PhD in environmental studies with interests in development, inequality and environmental justice. McAuliffe will graduate in May with a master’s degree in fine arts with a photography emphasis. 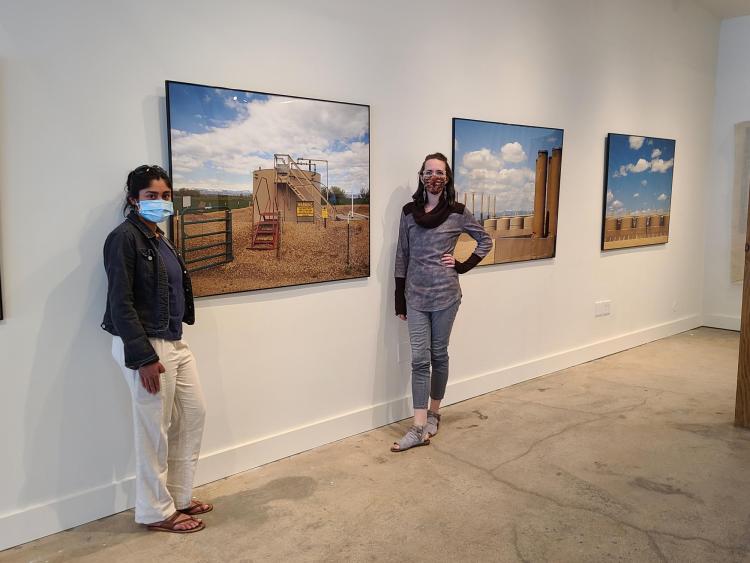 ...in making a project on such a contentious topic, we wanted this exhibit to inform and bear witness...to create a more empathetic dialogue and less of a hostile, polarized conversation.”

“Denise and I came to an agreeance that in making a project on such a contentious topic, we wanted this exhibit to inform and bear witness,” McAuliffe said. “We want people to come away with their own opinions and their own understanding of why it’s here, what it’s doing to the land and try to bring some sense of empathy or reconciliation with it. And ultimately for us is to create a more empathetic dialogue and less of a hostile, polarized conversation.”

The two students are fellows of the CU Boulder Nature, Environment, Science and Technology (NEST) Studio for the Arts fellows. NEST provided the funding for their project, which is on view at the Arbor Institute until Nov. 4.

NEST is a network of faculty, students, centers and campus units at CU Boulder that combine artistic practice and scientific research to explore disparate ways of observing, experimenting and understanding.

The exhibit focuses on the landscape of oil and gas production wells along the Boulder and Weld county line. Their work shows the divisions between the people and communities in these counties and their differing opinions about fracking. Fracking, injecting water, sand and chemicals under high pressure into bedrock formations to extract oil or gas, is a contentious environmental and development issue.

Invisible Disruption makes visible the divergent urban and rural views of the land. McAuliffe and Fernandes conducted research and consulted with experts, inclucing a lawyer, scientists in air and water pollution, an anthropologist and an ecologist. They read papers and articles to understand previous and current research. After collecting information, they began to recognize invisibility aspects.

“I’m from India and worked on energy and landscapes there, on policy and grassroots efforts to change it, so I wanted to understand the culture and the landscapes here,” Fernandes said. “To try to understand how this identity is embedded in the land from both sides was really important for Shelby and me.”

The exhibit features light-boxes, large and small photographs of well sites and maps of the altered landscape in these two counties.

“There is no energy source that is 100% clean and good,” McAuliffe. “For example, there are problems disposing of solar panels. So, even if we’re not doing fracking in Colorado, we’re doing pit mining in Africa to extract the metals so you can drive your Tesla? We’re not saying everything needs to go, because then what? Do we exploit a different energy source in another country? If it’s somewhere else, then does that mean it’s OK?”

Fernandes and McAuliffe shared their collaborative process and investigation into the subtle and not so subtle ways fracking is part of Colorado’s cultural, social and environmental landscape at a workshop hosted by the Office for Outreach and Engagement and Boulder County Arts Alliance.

Invisible Disruption: The Cultural Politics of Hydraulic Fracturing in Colorado can be viewed at the Arbor Institute in Boulder through Nov. 4. 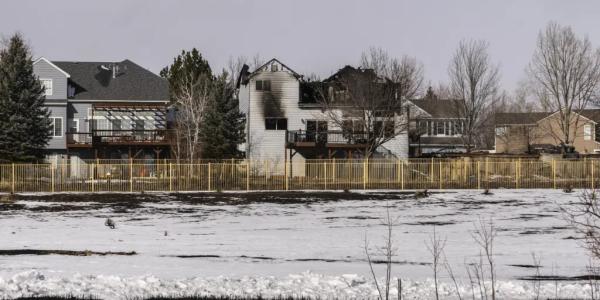 Seven CMCI journalism students, with the help of established journalists in the field, are shining a light on the undercovered impacts of the Marshall Fire through a recently published investigation. END_OF_DOCUMENT_TOKEN_TO_BE_REPLACED 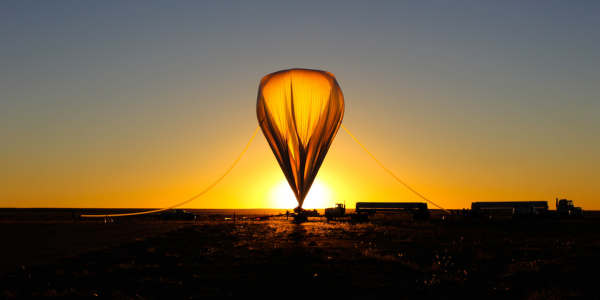 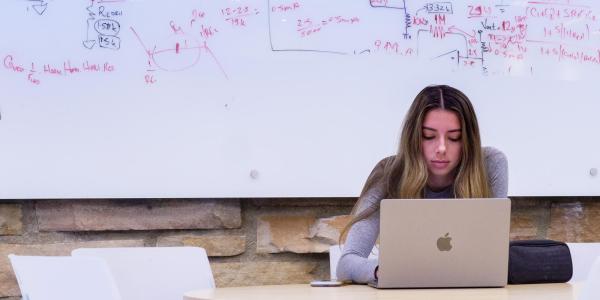 The final Entrepreneurial Product Development project seemed straightforward. But the professor wanted to push her students out of their comfort zones, so she's enlisted a Theatre & Dance professor to add a twist to the assignment. END_OF_DOCUMENT_TOKEN_TO_BE_REPLACED
Return to the top of the page