Dorm sewage, vials of saliva and a new robot: Inside CU’s plan to contain COVID-19

Dorm sewage, vials of saliva and a new robot: Inside CU’s plan to contain COVID-19

With millions of students returning to colleges across the country for the fall semester, campus administrators this summer faced an unprecedented challenge for which there was no playbook: Devise a plan for controlling a novel airborne virus, easily spread by people with no symptoms, in an environment where thousands of socially active young adults live in close quarters.

CU Boulder turned to its scientists for answers. And a team of epidemiologists, biochemists, molecular biologists, computer scientists and environmental engineers got to work.

“We knew it was an insidious virus and the science was evolving,” said Biofrontiers Institute Chief Scientific Officer Leslie Leinwand, who helped head up a multi-disciplinary campuswide team charged in March with hatching a plan. “We needed not only a plan A, but also a Plan B, C and D. We needed to be nimble.”

Three weeks into the 2020-21 academic year, those evolving, research-based plans are being utilized, deploying a combination of daily wastewater analysis at residence halls, weekly monitoring of saliva samples from nearly 6,000 campus residents, and on-site, gold-standard diagnostic testing of high-risk and symptomatic individuals.

The capacity to monitor more people is increasing daily, as a newly created lab tasked with swiftly processing saliva samples adds equipment, including a new robot, and hires more staff.

“Yes, we are finding cases, but that is because we are looking for it in people who otherwise probably would never know they had it,” said COVID-19 testing and monitoring advisor Kristen Bjorkman. “Our system is designed to monitor people when they are feeling fine and catch the virus before they can spread it.”

With each flush of a toilet, students living in residence halls across campus are providing an anonymous sample for tracking COVID-19. Research shows as many as 80% of infected individuals shed SARS-Cov2, the virus which causes COVID-19, in their waste.

So, this summer, Cresten Mansfeldt, an assistant professor of civil, environmental and architectural engineering, installed over 20 wastewater monitoring stations across campus. They’re checked daily, and if the virus is detected in a residence hall, students, faculty and staff who spend time there are alerted to come in within 24 hours for a free, rapid saliva-based test called qRT-PCR (more on how that works later).

This system was put to the test in early September, when traces of the virus were detected in four residence halls. Hundreds underwent testing. Those few who tested positive were asked to isolate, leading to a reduction in the virus detected in wastewater from those dorms.

“We are very heartened to see that a dorm that was testing positive has now gone negative,” said Leinwand.

Using saliva to monitor the asymptomatic

In addition to those flagged for immediate testing via wastewater monitoring, every asymptomatic student living on campus is required to provide a saliva sample once a week via one of six stations around campus.

“Looking only at symptomatic cases or testing students only at move-in only gives you a static snapshot,” said Bjorkman. “With a virus that behaves like this one, that won’t work.”

Given the long lag and cost of commercial testing labs, the monitoring team developed their own testing method.

“We realized we needed to develop the capacity to do some things on our own,” said BioFrontiers Director Roy Parker, a biochemist who has spent his career studying RNA (ribonucleic acid), the molecular messenger that carries genetic information for many viruses, including SARS-Cov-2.

The protocol, like gold-standard diagnostic tests, is based on a well-known method known as qRT-PCR (quantitative reverse transcription polymerase chain reaction), which can identify bits of a virus’s RNA in bodily fluids. It can also determine how high a person’s viral load is, which could be an indicator of how contagious a person is.

By adapting the test for saliva, the scientists spared thousands a weekly invasive nasopharyngeal swab, which collects secretions from deep inside the nasal cavity and the back of the throat.

Via a recently repurposed, state-of-the-art lab in the BioFrontiers Institute, the university is now processing 1,400 saliva samples on-site per day, returning results in well under 24 hours and flagging those with suspected COVID-19 for a confirmatory diagnostic test at CU Boulder's Public Health Clinic at Wardenburg Health Center.

Swift diagnosis for the symptomatic

While the saliva test is comparable to a diagnostic qRT-PCR test in sensitivity and accuracy, the new lab at BioFrontiers is not a federally-approved diagnostic lab, known as a CLIA (Clinical Laboratory Improvement Amendments) lab.

For this reason, those tests cannot, at this time, be used to give a definitive diagnosis. Instead, those who test positive through a spit sample are referred to CU Boulder's Medical Services for a diagnostic test. There, medical staff also use qRT-PCR as their testing platform. But instead of a saliva sample, they observe people taking a self-administered nasal swab, which is processed on site at a certified CLIA lab at the Wardenburg Health Center.

A diagnosis can be made within 24 hours.

If a faster result is warranted (a patient is believed to be highly contagious or has serious symptoms), a different diagnostic test called an antigen test will be given alongside the qRT-PCR. The antigen test looks for viral proteins in nasal fluid and is less accurate, catching about 90% of cases, but can be returned in under an hour.

“qRT-PCR is always our first choice, but when time is of the essence, we would do both,” said Jennifer McDuffie, associate vice chancellor for student affairs.

While off campus, asymptomatic students are not currently required to undergo saliva-based monitoring tests, but anyone experiencing symptoms can contact the clinic and—if medically appropriate—be given a test.

Those who test positive are advised to isolate, either in specialized housing provided on campus or—if they live off campus—at home.

Meanwhile, a contact tracer with Medical Services or Boulder County will get to work, recommending to anyone that person has been within 6 feet of for 15 minutes or more in the past 48 hours that they take precautions and get tested. Individuals who may have been exposed to COVID-19 need to wait five to seven days before getting tested because early in infection, the virus levels may be too low for detection.

During those five to seven days, exposed individuals should self-isolate to limit the potential for further COVID-19 spread.

“One person, under normal conditions, could infect three or more people,” said epidemiologist Matt McQueen, who heads up CU Boulder’s contact tracing program. “With contact tracing, you could get that number down to one or none.”

Why aren’t more people being tested regularly? Leinwand’s team gets that question a lot.

It’s all about capacity, they say.

“If we started testing everyone right now, we would have to make sacrifices in the frequency of testing our residential students,” said Bjorkman. “Given the way this virus works, that is not a smart move.”

This month, the saliva test processing lab at BioFrontiers plans to install a robotic helper to boost the number of tests that can be processed per day beyond its current rate of about 1,400.

Meanwhile, research continues on another promising CU Boulder-born test, known as RT-LAMP, which could ultimately provide portable, fast and cheap COVID-19 surveillance in places like schools, nursing homes and factories.

All these high-tech plans aside, low-tech solutions like wearing a facial covering, social distancing and avoiding large gatherings are still key, said Parker.

“The reality is, no amount of testing can compensate for bad behavior. Good behavior can stop COVID-19 in its tracks,” Parker said. 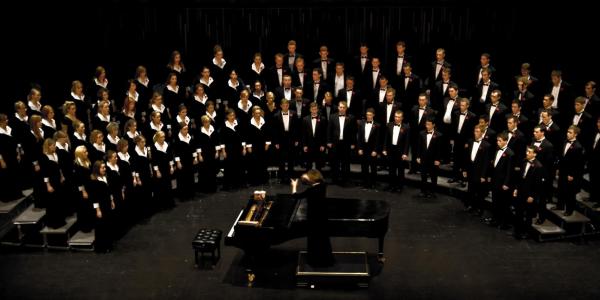 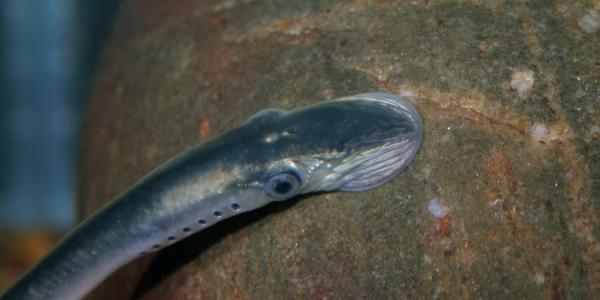 New CU Boulder-led research finds the traits that make vertebrates distinct from invertebrates were made possible by the emergence of a new set of genes 500 million years ago. END_OF_DOCUMENT_TOKEN_TO_BE_REPLACED 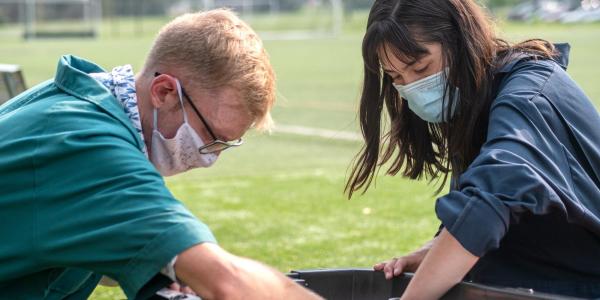 How sampling campus wastewater aims to keep COVID-19 in check

Researchers have set up a network to monitor the wastewater leaving residence halls on campus as part of an effort to detect and intercept community spread of COVID-19. END_OF_DOCUMENT_TOKEN_TO_BE_REPLACED
Return to the top of the page