Top podcasts, audio books to listen to this summer

Top podcasts, audio books to listen to this summer

With the overwhelming amount of shows, movies and YouTube videos, sometimes we need some fresh sounds. We asked fellow Buffs to recommend their favorite podcast and audiobooks to listen to this summer.

Podcasts are the new sound

Whether you’re looking for inspiration, want to learn about the galaxy or crime, here are some podcasts to check out from your fellow Buffs.

Casefile True Crime: A weekly (sometimes fortnightly) Australian crime podcast that first aired in January 2016 and is hosted by an Australian man who remains anonymous. The series deals with solved or cold criminal cases, often related to well-known murders and serial crimes.

Crime Junkie: Crime Junkie is a weekly true crime podcast. Every Monday, Ashley Flowers will tell you about whatever crime she’s been obsessing over that week. The storytelling is straightforward and free of rabbit holes so the cases stay suspenseful and are easy to follow.

StarTalk Radio: Hosted by Neil deGrasse Tyson, this podcast bridges the intersection between science, pop culture and comedy with clarity, humor and passion. The show explores subjects such as space travel, extraterrestrial life, the Big Bang, the science behind the most iconic sports plays in history and more.

The Joe Rogan Experience: This podcast is a long-form conversation hosted by comedian Joe Rogan with friends and guests that have included comedians, actors, musicians, MMA fighters, authors, artists and beyond.

Popcorn Culture: A show brought to you by the SuperCarlinBrothers on YouTube where they talk more in depth about their theories and beyond. The two are most well known for The Pixar Theory, Rampant Predictions of your favorite upcoming movies, Harry Potter Trivia Fiends and more.

The Moth: The Moth is an acclaimed not-for-profit organization based in NYC dedicated to the art and craft of storytelling. The podcast presents a wide range of theme-based storytelling events across the United States and abroad, often featuring prominent literary and cultural personalities.

WHOA That’s Good Podcast: This podcast welcomes you into meaningful conversations with authors, athletes, musicians, speakers and stars of film and television in search of the answer to just one question: What is the best advice you have ever been given? Hosted by Sadie Robertson, this fun and lighthearted podcast is sure to leave you saying, “Whoa That's Good!”

The College Life Podcast: This podcast is for the college student who wants to make a difference in the world but isn't sure what that is quite yet or how to make it happen. They interview current college students, recent graduates and inspiring guests to share their stories and empower you to make college yours.

Thick & Thin: This is the musings of a millennial girl living in New York City about life, love and everything in between.

Gals on the Go: This podcast is by two college students who talk about all things lifestyle! Danielle Carolan is a full-time student at the University of Georgia, and Brooke Miccio is a recent grad exploring life in a new city. On the show, you'll hear everything from fun best friend stories, advice, tips on living your best life and personal stories from when things don't exactly go as planned.

Pretty Basic with Alisha Marie and Remi Cruz: Hosted by two 20-something-year-old best friends and digital creators, each week they welcome listeners into their daily life for special, fun, lighthearted conversations from dating to sharing their tips on how to feel more confident.

How I Built This with Guy Raz: Guy Raz dives into the stories behind some of the world's best known companies. How I Built This weaves a narrative journey about innovators, entrepreneurs and idealists—and the movements they built.

Welcome to Night Vale: This biweekly podcast is in the style of community updates for the small desert town of Night Vale, featuring local weather, news and announcements from the Sheriff's Secret Police, mysterious lights in the night sky, dark hooded figures with unknowable powers and cultural events.

Office Ladies: Each week The Office co-stars and best friends Jenna Fischer and Angela Kinsey will break down an episode of The Office and give exclusive behind-the-scenes stories that only two people who were there can tell you.

Keep calm and read on

If you like reading biographies, non-fiction or ways to better yourself, there are various audiobooks you can listen to wherever you are.

The Boys in the Boat by Daniel James Brown: This story celebrates the 1936 U.S. men’s Olympic eight-oar rowing team—nine working-class boys who stormed the rowing world, transformed the sport, and galvanized the attention of millions of Americans.

Becoming by Michelle Obama: A memoir of the former first lady of the United States. Taking you through her childhood, her career, her love for her husband and her years at the White House, Obama shares her extraordinary and inspiring story of defying all expectations and finding your own voice.

Unbroken by Laura Hillenbrand: Unbroken is a biography of World War II hero Louis Zamperini, a former Olympic track star who survived a plane crash in the Pacific theater, spent 47 days drifting on a raft and then survived more than two and a half years as a prisoner of war (POW) in three brutal Japanese POW camps.

Just Mercy by Bryan Stevenson: This story is a memoir that aggregates and personalizes the struggle against injustice in the story of one activist lawyer, Bryan Stevenson.

Greyhound by Steffan Piper: Greyhound is the story of the journey taken by a young boy into manhood, and by the reader into his world. Like every trip, there are many stops along the way. But this journey differs in the way young Sebastien arrives at his destination.

All the Bright Places by Jennifer Niven: The Fault in Our Stars meets Eleanor & Park in this exhilarating and heart-wrenching love story about a girl who learns to live from a boy who intends to die.

History is All You Left Me by Adam Silvera: When Griffin's first love and ex-boyfriend, Theo, dies in a drowning accident, his universe implodes. Even though Theo had moved to California for college and started seeing Jackson, Griffin never doubted Theo would come back to him when the time was right. But now, the future he's been imagining for himself has gone far off course.

The Woman in the Window by A.J. Finn: The story is an unpredictable novel in which Anna Fox, the protagonist, is a child psychologist who lives alone in a New York suburb with a case of agoraphobia so debilitating she hasn’t left the house in months.

Percy Jackson by Rick Riordan: Follow the demigod son of Poseidon and his friends on a quest that will have them meeting gods, battling monsters and taking on the Titans from Greek mythology.

Funny Girl by Nick Hornby: Set in 1960s London, Funny Girl is a lively account of the adventures of Sophie Straw as she navigates her transformation from provincial ingenue to television starlet amid a constellation of characters.

I’ll Give you the Sun by Jandy Nelson: The novel follows a set of twins, Jude and Noah. The early years are narrated by Noah and the later years by Jude. They are tormented with struggles of their past and present, encountering an unpredictable force that changes their lives forever.

The Alchemist by Paulo Coelho: The Alchemist follows the story of an Andanlusian shepherd in his journey to the pyramids of Egypt, after having a recurring dream of finding treasure there. The underlying story of exploring the world and finding yourself.

The Obstacle is the Way by Ryan Holiday: A book that reframes the forgotten ways of success: “What stands in the way, becomes the way.” He shares countless stories of great men and women who succeeded in their lives because they lived by this formula. The timeless art of turning trials into triumph.

Sea Wall / A Life by Simon Stephens: Meet Alex, a photographer on a holiday with his family in the south of France. Meet Abe, a music producer with a baby on the way. Two men—both fathers, husbands, and sons—take us on a journey you will never forget. The story of transformative love and devastating loss. 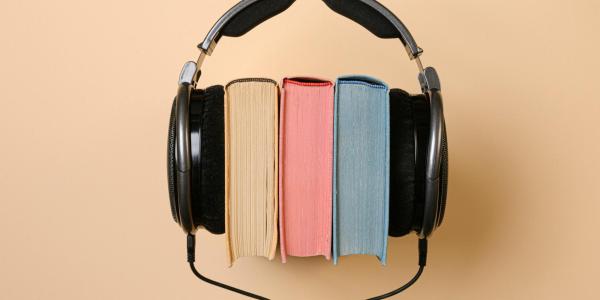 Now that’s what I call a summer media list!

The University Libraries' summer media list is brought to you by you! Students, faculty and staff contributed their favorite books, shows, movies and podcasts. Read, watch and listen to the best media, recommended from across the CU Boulder community. END_OF_DOCUMENT_TOKEN_TO_BE_REPLACED 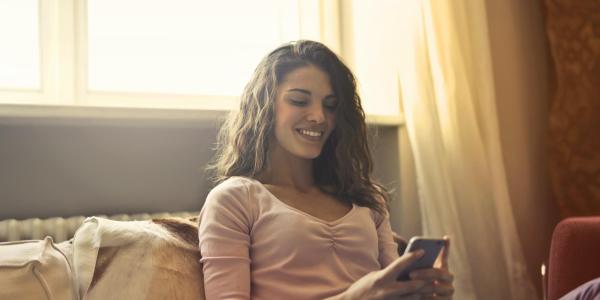 All medical plans offered by CU to employees will include an increase in mental health coverage in the new plan year. END_OF_DOCUMENT_TOKEN_TO_BE_REPLACED 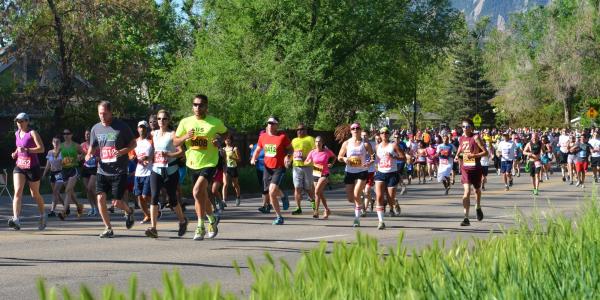 5 tips to help you prepare for the BolderBoulder

Whether it’s your first time running the BolderBoulder or you’ve been out of commission for a while, get tips to help you prepare for the May 30 race. This 10K incorporates the fun of racing, a parade, celebrations and entertainment. END_OF_DOCUMENT_TOKEN_TO_BE_REPLACED
Return to the top of the page