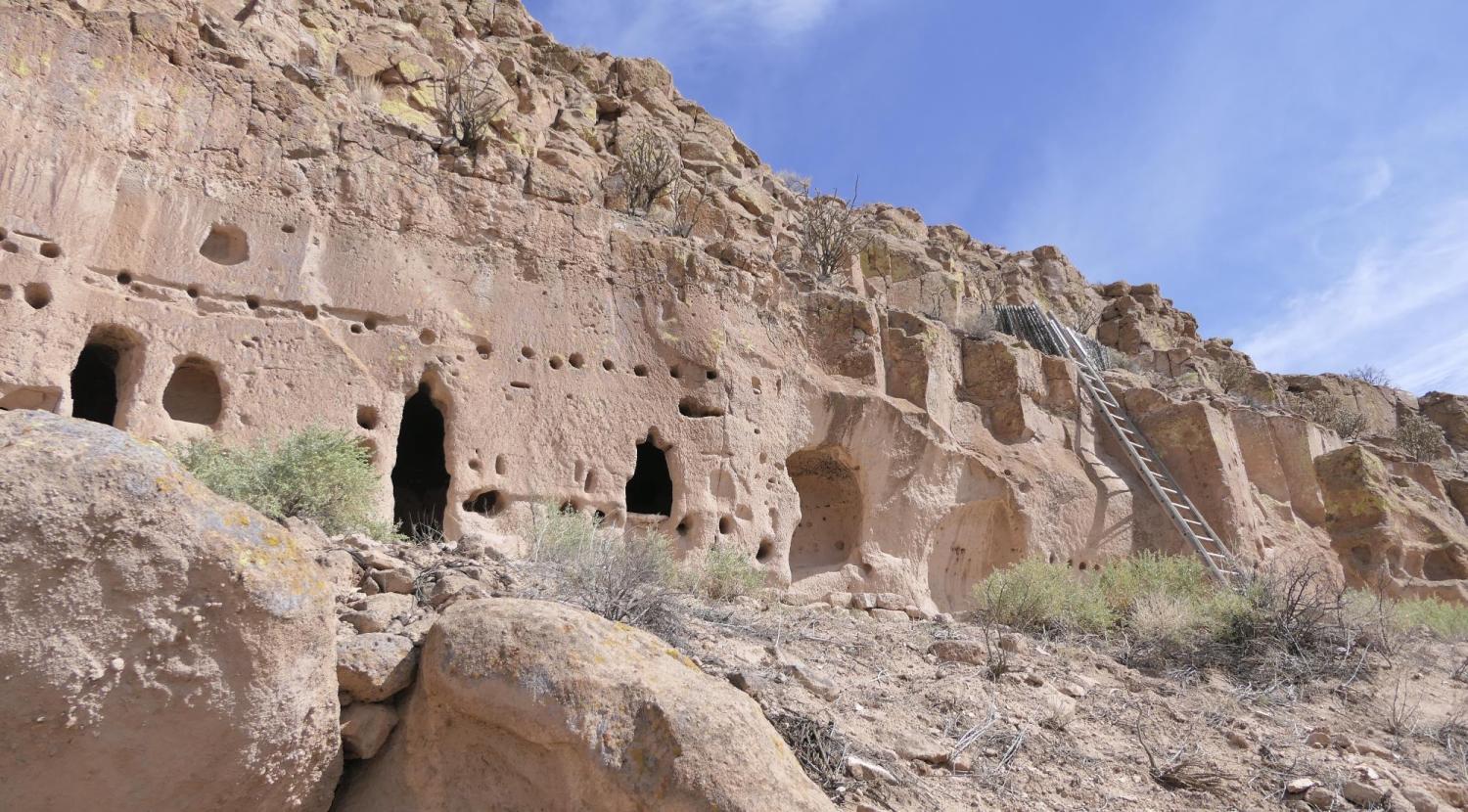 Today’s modern cities, from Denver to Dubai, could learn a thing or two from the ancestral Pueblo communities that once stretched across the southwestern United States. For starters, the more people live together, the better the living standards.

That finding comes from a study published today in the journal Science Advances and led by Scott Ortman, an archaeologist at the University of Colorado Boulder. He’s one of a growing number of antiquarians who argue that the world’s past may hold the key to its future. What lessons can people living today take from the successes and failures of civilizations hundreds or thousands of years ago?

Recently, Ortman and Jose Lobo from Arizona State University took a deep dive into data from the farming towns that dotted the Rio Grande Valley between the 14th and 16th centuries. Modern metropolises should take note: As the Pueblo villages grew bigger and denser, their per capita production of food and other goods seemed to go up, too.

Busy streets, in other words, may lead to better-off citizens.

“We see an increasing return to scale,” said Ortman, an assistant professor in the Department of Anthropology who is also affiliated with the Santa Fe Institute in New Mexico. “The more people work together, the more they produce per person.” 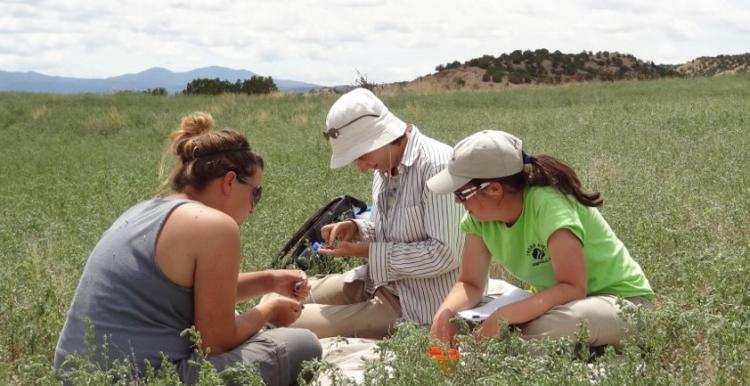 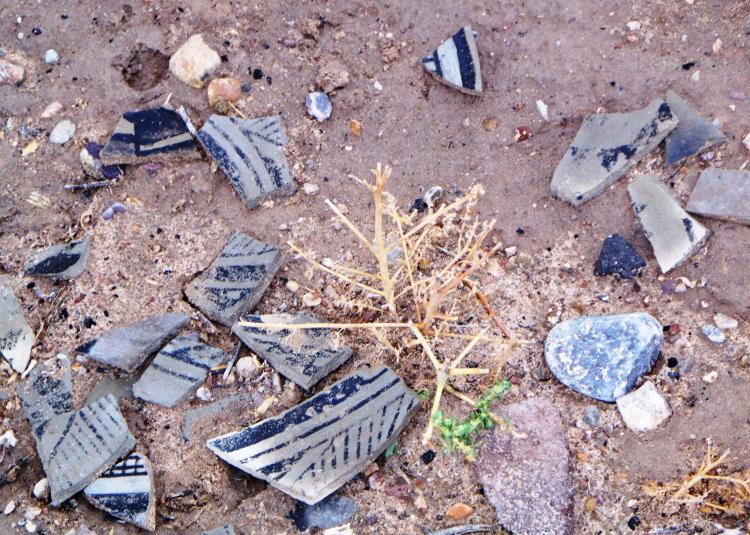 Whether the same thing is true today remains an open question, especially amid the unprecedented impacts of the COVID-19 pandemic on cities and human proximity. But the results from the sunny Southwest suggest that it’s an idea worth exploring.

“The archaeological record can help us to learn about issues we care about today in ways that we can’t do using the data available to us from modern societies,” Ortman said.

The research is an offshoot of an effort that Ortman leads called the Social Reactors Project, which has explored patterns of growth in civilizations from ancient Rome to the Incan world.

It’s an attempt to chase down an idea first proposed in the 18th century by Adam Smith, often known as the father of modern economics. In The Wealth of Nations, Smith made the case for the fundamental benefits of market size—that if you make it easier for more people to trade, the economy will grow.

Just look at any city in the U.S. where you might find a hair salon next to a bakery next to a doggie daycare.

“As people interact more frequently, a person can make and do fewer things themselves and get more of what they need from their social contacts,” Ortman said.

The problem, he explained, is that such “agglomeration-driven” growth is difficult to isolate in today’s big and complex cities. The same isn’t true for the Rio Grande Valley.

Before the arrival of the Spaniards in the 16th century, hundreds of villages spanned the region near what is now Santa Fe. These settlements ranged in size from a few dozen residents to as many as 3,000 people, most of whom made their living by growing crops like maize and cotton.

Such a subsistence lifestyle didn’t mean that these communities were simple.

“The traditional view in ancient history was that economic growth didn’t happen until the onset of the industrial revolution,” Ortman said.

He and Lobo decided to put that assumption to the test. The duo pored through an exhaustive database of archaeological finds from the region—capturing everything from the number and size of rooms in Pueblo communities to the pottery from rubbish heaps.

They unearthed a clear trend: When villages got more populous, their residents seemed to get better off on average—exactly as Smith predicted. Living spaces grew in size and families collected more painted pottery.

“You might think of it as more sets of dishes for sharing meals together,” Ortman said.

That growth, the team discovered, also seemed to follow a pattern that researchers on the Social Reactors Project have seen in a range of civilizations throughout history. Every time villages doubled in size, markers of economic growth increased by about 16% on average.

Ortman said that the effect doesn’t happen in the same way everywhere. Factors like inequality and racism, for example, can keep urban residents from working together even when they live in cramped spaces.

But, Ortman added, these Pueblo communities hold an important lesson for modern-day societies: the more people can connect with others, the more prosperous they become.

“All other things being equal, urbanization should lead to improvements in the material conditions of life for people everywhere,” he said. “We suspect this is why the world continues to urbanize, despite all of the associated problems.”

A recent survey shows more than 60% of Americans know “nothing at all” or only “a little bit” about what Juneteenth is or its importance in American history. Ashleigh Lawrence-Sanders, professor of African American and Black cultural history, discusses how and why we celebrate Juneteenth. END_OF_DOCUMENT_TOKEN_TO_BE_REPLACED

Life expectancy of Native Americans in the U.S. dropped by nearly five years during the COVID-19 pandemic, new research reveals. The study also found that while the rest of the developed world is rebounding in terms of life expectancy, the United States is not. END_OF_DOCUMENT_TOKEN_TO_BE_REPLACED

Is news coverage inspiring more mass shootings? Not necessarily, but with each incident comes complicated questions for journalists, says CU Boulder Professor Elizabeth Skewes. END_OF_DOCUMENT_TOKEN_TO_BE_REPLACED
Return to the top of the page