Doris Kearns Goodwin may just be the only person who can authentically describe Abraham Lincoln, Franklin Roosevelt, Theodore Roosevelt and Lyndon B. Johnson as “my guys.” 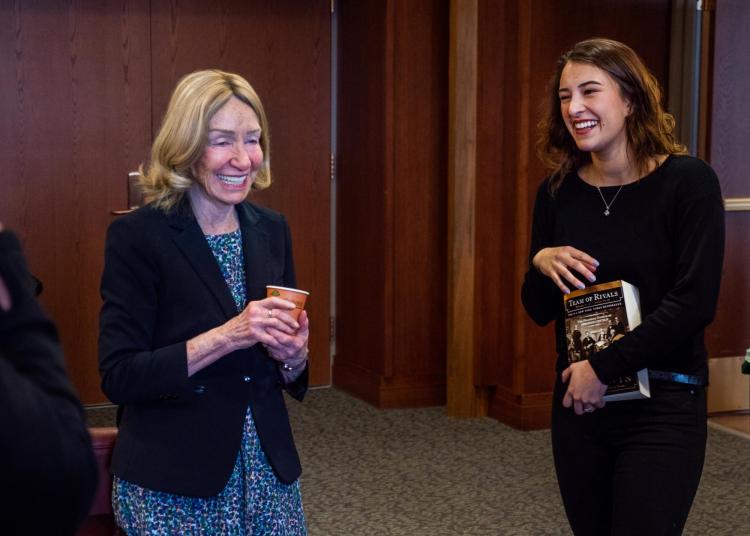 Doris Kearns Goodwin laughs with senior Paula Pulido, a member of the Presidents Leadership Class during a meet-and-greet with CU students at the CU Law School. Credit: Patrick Campbell

After all, the Pulitzer Prize-winning historian has spent five decades researching and getting to know these U.S. presidents’ innermost fears, vulnerabilities, personal struggles, hopes and dreams.

Goodwin shared some of her most salient insights during a sold-out talk at Macky Auditorium on Thursday. Her talk (and the name of her newest book), “Leadership in Turbulent Times,” was this year’s marquee event in the fourth annual Leo Hill Leadership Speaker Series. The series is overseen by the Newton Chair in Leadership, a position held by Chancellor Philip P. DiStefano.

She described how she danced with President Johnson, worked for him, and helped him write his memoirs at the end of his life.

“He was a great storyteller,” she reflected. “Many were not true, but they were great. I loved listening to his tall tales.”

Goodwin did not directly discuss the elephant in the room: the impeachment trial of President Donald Trump or the extreme partisanship afflicting the nation, other than to say: “As difficult as the situation is today, we have lived through far more troubled times before.”

Populism was stirred while Teddy Roosevelt was president, and there was a “fear that democracy itself was at risk.”

“Never think you can bet against this country, never believe it’s as fragile as you think,” she said.

She addressed whether leaders are born or made, and touched on six traits these particular presidents had in common.

After her talk, she joined DiStefano for a conversation. The chancellor also posed questions from students. He asked her what responsibility the university has to prepare students for their own personal trials.

“They will go through trials as everybody does,” she said, noting that struggles are the source of human wisdom.

What advice did she have for future leaders?

“Get as many experiences wherever you can get them.”

On Friday morning, Goodwin met with students in for a Q&A session at Wolf Law.

With the goal of enhancing operations within core and shared instrumentation facilities on campus, the Core Facility Assistance Grant Program has awarded 10 new awards. Additionally, the Core Facility Voucher Program has doled out awards to assist faculty in gathering new or additional data for grant applications. END_OF_DOCUMENT_TOKEN_TO_BE_REPLACED

Six life science scholars will embark on their PhD studies and contribute their unique cultural experiences to the CU Boulder campus this fall through a nearly $1.9 million gift to the university from the Shurl and Kay Curci Foundation. END_OF_DOCUMENT_TOKEN_TO_BE_REPLACED 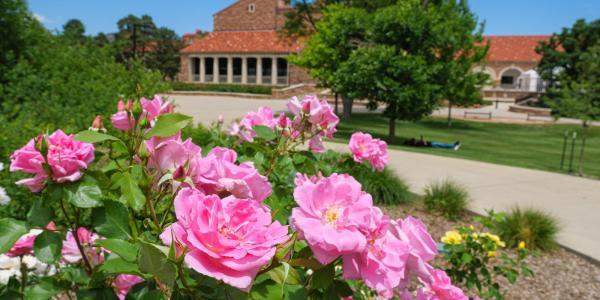