Disco clams (Ctenoides ales) are unusually colorful bivalves: They have bright-red appendages and a strip of tissue that flashes like a strobe light.

A new study suggests this flashy appearance could be a strategy for scaring away potential enemies such as the peacock mantis shrimp (Odontodactylus scyllarus).

Banner image: A peacock mantis shrimp and a disco clam (not to scale). Credits: Lindsey Dougherty

When Lindsey Dougherty was an undergraduate student at CU Boulder in 2011, she got the chance to visit North Sulawesi, Indonesia, on a research trip. There, in the clear tropical waters off the coast, she encountered an animal that would change the course of her career.

It was the disco clam (Ctenoides ales). And it caught Dougherty’s eye for good reason: Even in a coral reef, these tropical bivalves are explosions of color. They have bright-red appendages that dangle out of their shells and thin strips of tissue that pulse with sparkly light like a disco ball—hence their name.

In that moment, she found her research calling.

“How do they flash?’” Dougherty remembered thinking as she dove through the reef with scuba gear.

As a graduate student at the University of California, Berkeley, the young scientist solved that first puzzle: the clams, she discovered, carry tiny, silica spheres in their tissue.

Now back in Colorado as an instructor in the Department of Ecology and Evolutionary Biology (EBIO), Dougherty is pursuing an even trickier mystery: Why are these bivalves so colorful in the first place?

The answer could reveal new clues to how the interaction between species drives the evolution of ocean animals over millions of years.

It’s a pursuit that has expanded to include several high school students and introduced Dougherty to an animal that may be even more groovy-looking than the disco clam—a fierce predator on the same coral reefs called the peacock mantis shrimp (Odontodactylus scyllarus). And in a recently published paper in the journal Royal Society Open Science, she and her colleagues report that they may be finally getting close to solving that puzzle.

“It’s a long time to spend on one organism,” Dougherty said. “But I think it also shows how many questions there are about one seemingly simple clam.”

To grasp Dougherty’s obsession with this shelled organism, it helps to understand the weirdness of the disco clam.

Jingchun Li is a curator of invertebrates at the CU Museum of Natural History and advised Dougherty during her postdoctoral studies at CU Boulder. Li has spent her career exploring the diversity of the world’s bivalves—a class of aquatic mollusks that include animals like clams, scallops and mussels.

“Normally, if you think about clams like the ones in clam chowder—they’re little white things,” said Li, also an assistant EBIO professor. “But these clams are so colorful. One hypothesis we had is this might be some sort of warning signal to predators saying, ‘Don’t eat me.’”

In other words, disco clams might taste really bad, and they advertise that to the world using their bright colors. Kind of like a coral reef version of poison dart frogs in the Amazon.

To test that idea, Li and Dougherty recruited several peacock mantis shrimp—which, despite their names, aren’t actually shrimp—and kept them in tanks on the CU Boulder campus.

Like disco clams, these animals are pretty wild to look at. They come in a rainbow of colors, from blues and greens to neon orange and yellow. But don’t let their appearance fool you. Known for their powerful punches, mantis shrimp can extend their front claws at speeds of nearly 75 miles per hour—fast enough to generate an underwater shock wave that can shatter aquarium glass on impact.

The researchers, in other words, set up an ecological contest between the colorful mantis shrimp and flashing clams.

The mantis shrimp didn’t even hesitate. They went for the white meat.

“It turns out they really hate the red tissue,” Li said.

That, along with chemical analyses of the two types of meat, certainly seemed to suggest that the team’s poison dart frog hypothesis had been spot on.

But another wrinkle emerged: When the group offered the mantis shrimp white meat that was dyed to look red, the invertebrates still chowed down.

As Dougherty put it, “Whether or not the red color is a warning needs more research.”

It’s work that’s happening now in Li’s lab. She’s hoping to discover whether the same mantis shrimp can learn to fear the color red—a key step in determining whether that shade may act as a warning signal.

Aiding Li in that effort are two seniors from Monarch High School in Louisville, Colorado, who are helping out in her lab through the Science Research Seminar program in the Boulder Valley School District. They’re tackling a pretty basic question: What kinds of food taste gross to a mantis shrimp?

Get to know mantis shrimp

The students, Grateful Beckers and Elysse DeBarros, have spent their semester trying out different flavor combinations, which they add to chunks of supermarket shrimp meat. Once they find a suitably yucky taste, they’ll mix it with meat dyed red to see if mantis shrimp will become wary of that hue over time.

Early results suggest that mantis shrimp can’t stand the taste of vinegar but, like many people, don’t seem to mind Sriracha sauce.

“They’re so unique,” Beckers said. “They’re a large, interesting shrimp with a lot of interesting adaptations.”

Dougherty herself may still have a way to go before she resolves the mystery that first caught her attention on the Indonesian reef all those years ago. But it’s been a fascinating road of discovery for this Colorado native who first learned to scuba dive in the Pueblo Reservoir.

“I love the mountains, and I love diving. I don’t think they should ever be mutually exclusive,” Dougherty said. “Everyone is connected to the ocean whether they realize it or not.”

Other coauthors on the new research included Alexandria Niebergall of UC Berkeley, Corey Broeckling of Colorado State University and Kevin Schauer of the University of Wisconsin-Madison. 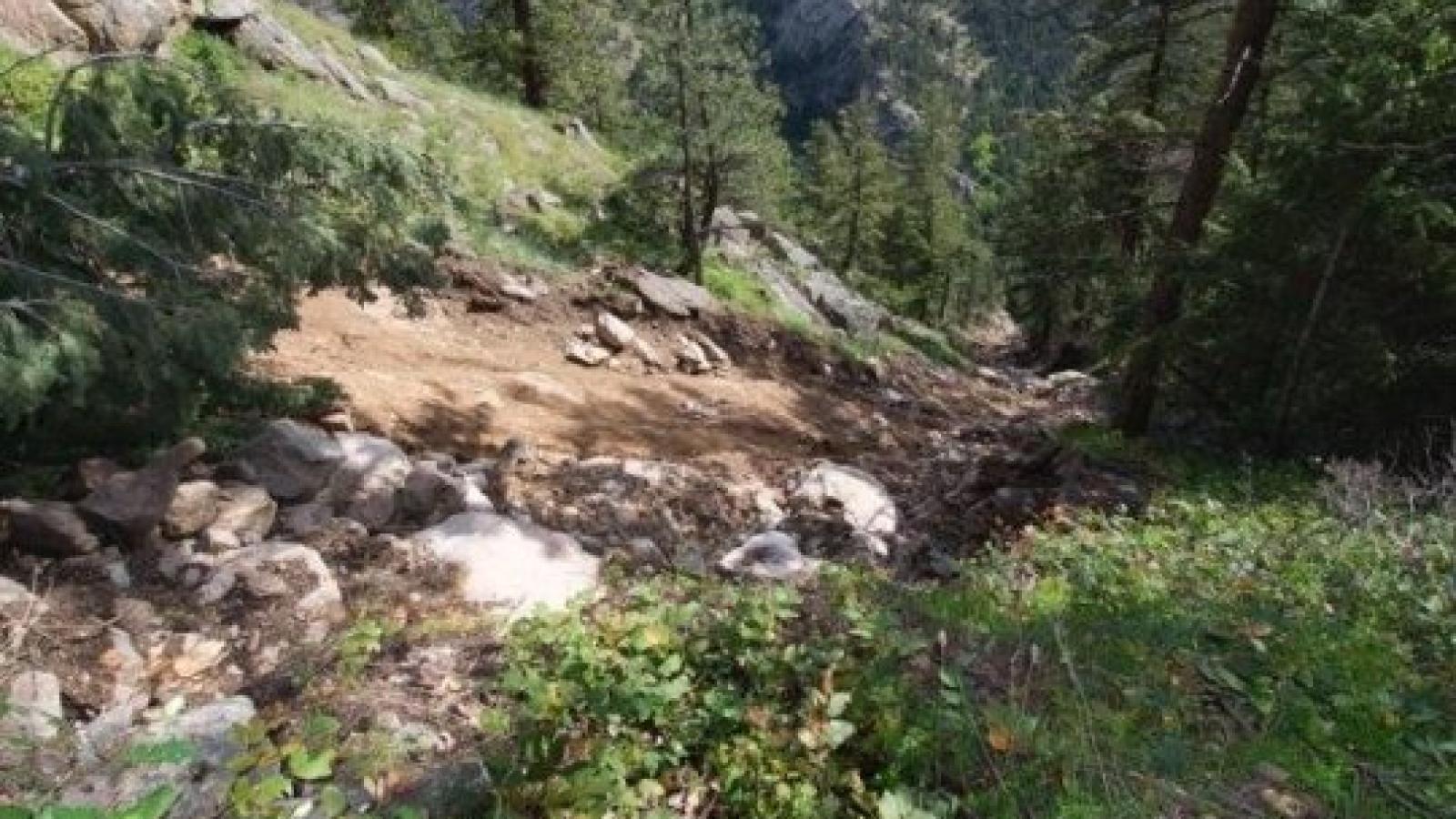 When it rains, snake bites soar 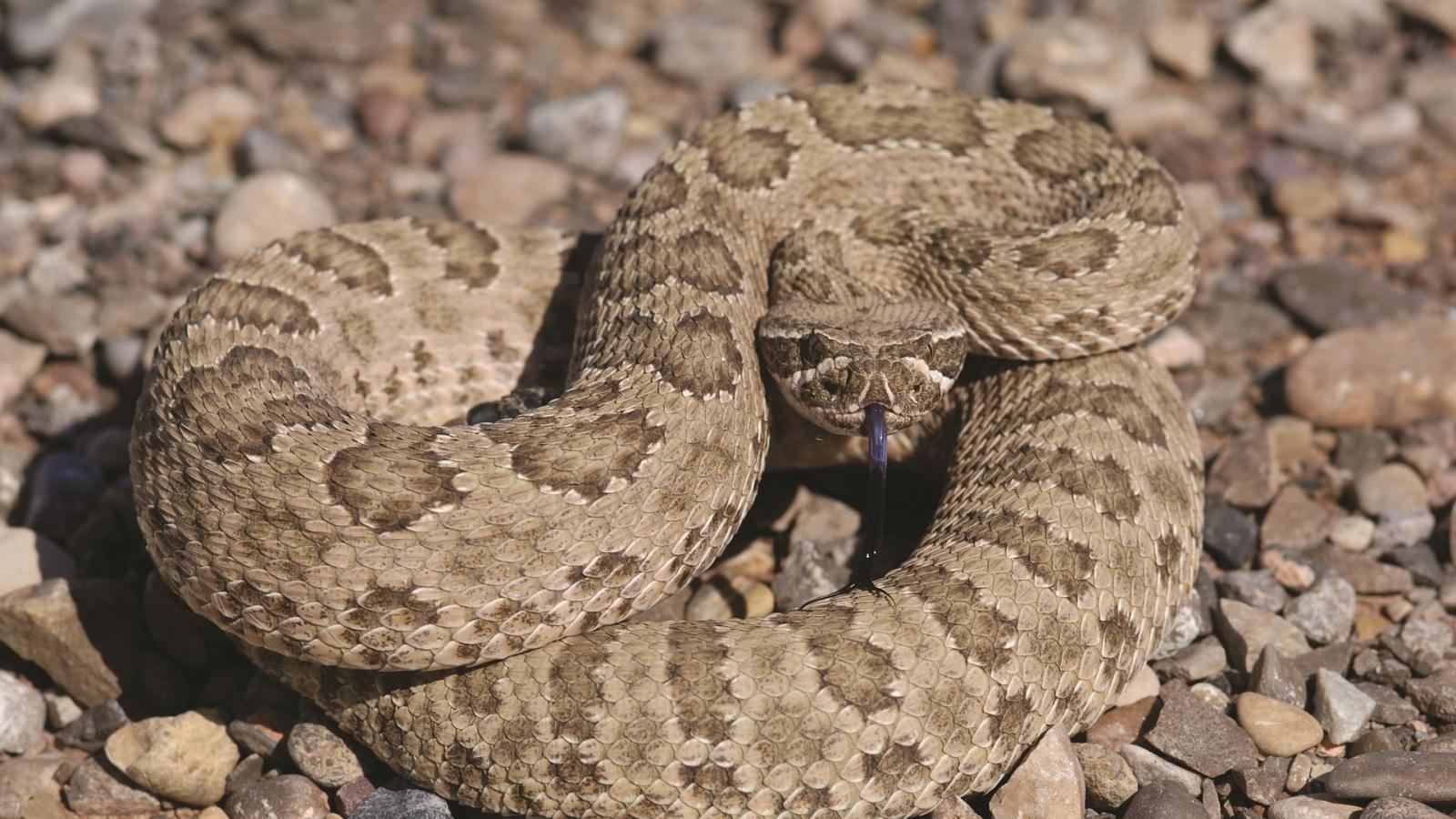 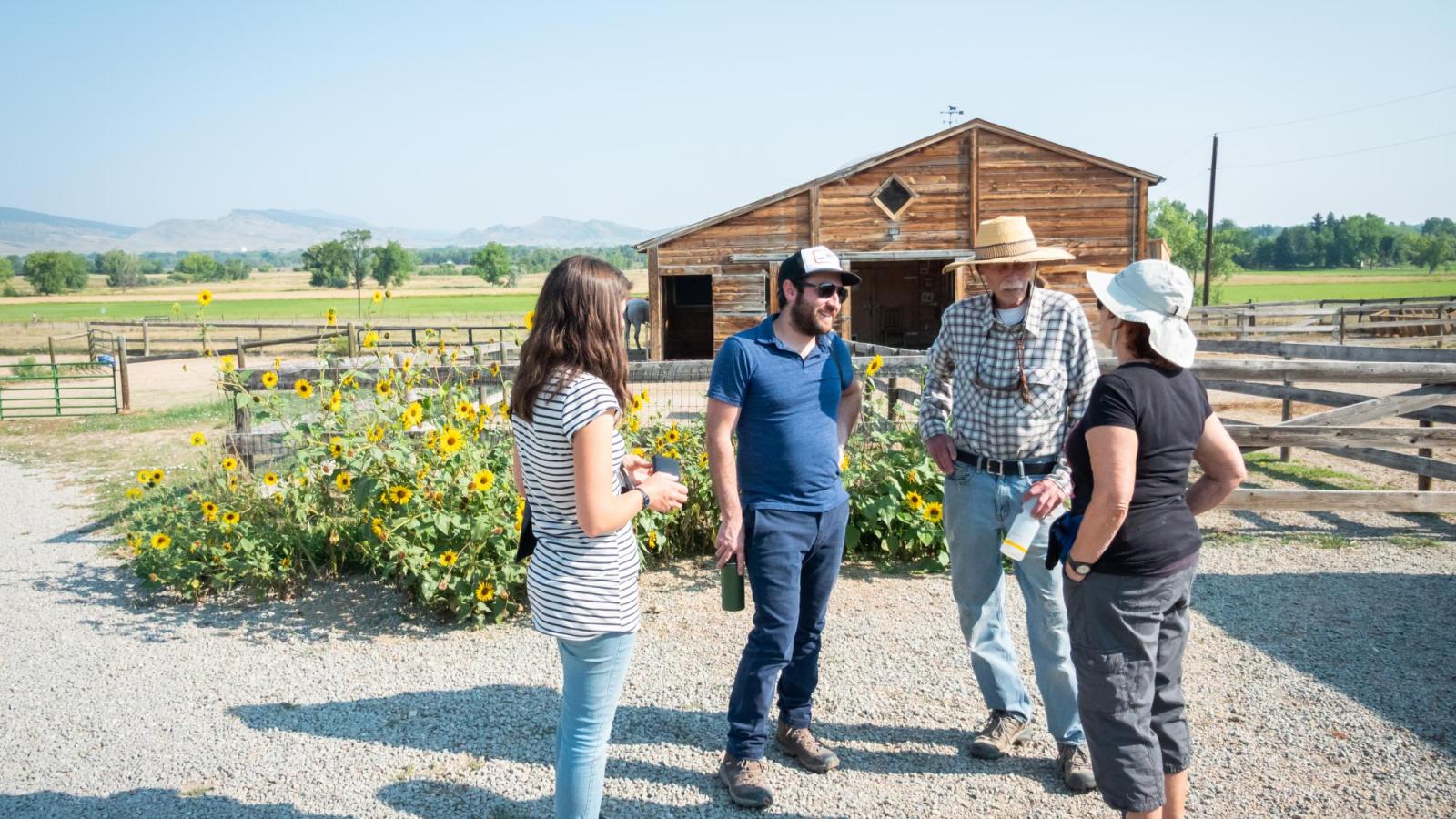 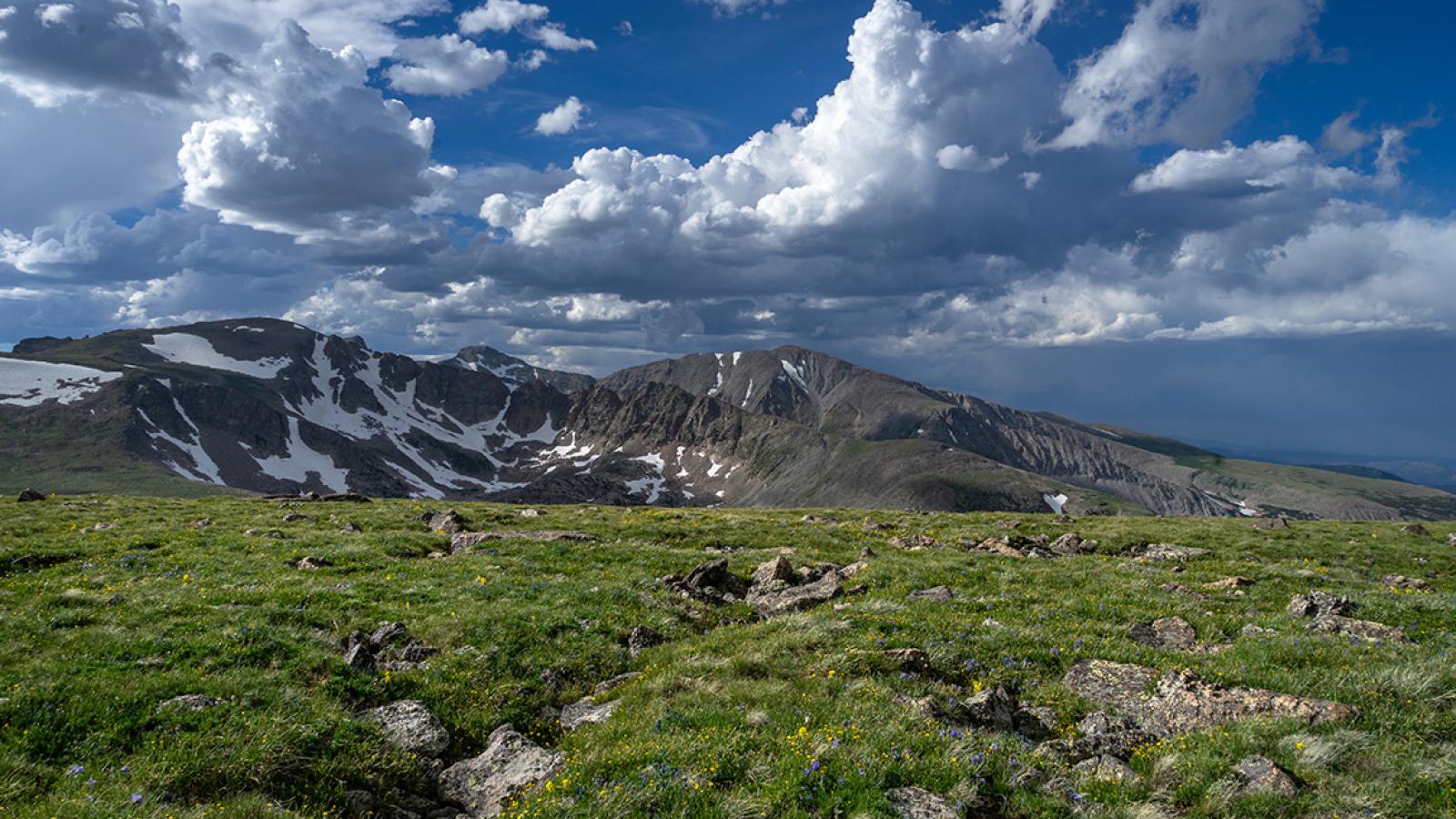 Rain-on-snow flood risk to increase in many U.S. mountain regions 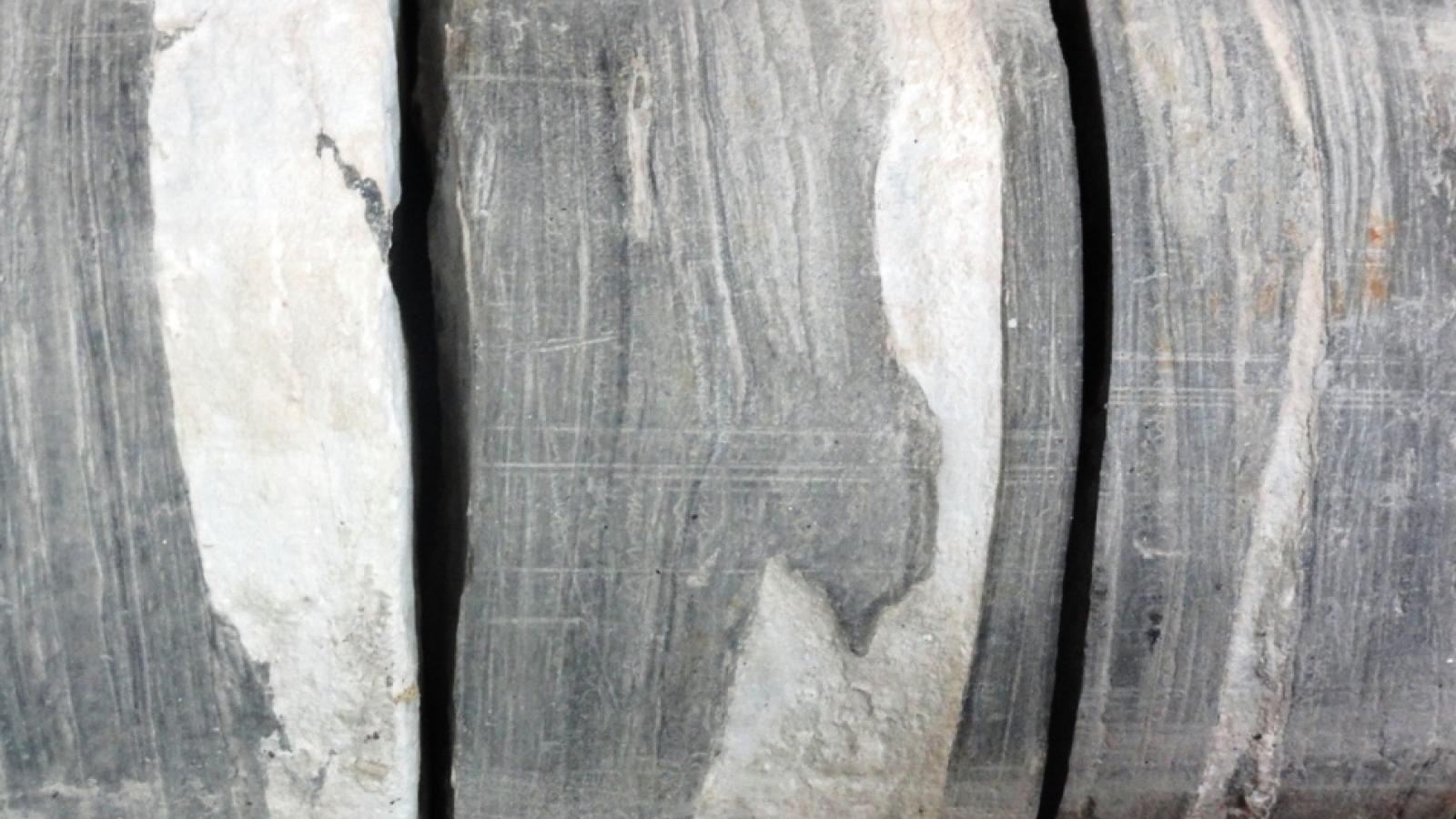