Chancellor DiStefano: ‘Consider the debt of gratitude we owe our veterans’

Chancellor DiStefano: ‘Consider the debt of gratitude we owe our veterans’

In 1947, CU Boulder’s enrollment was 8,747 students—including 4,607 World War II veterans. Many relied on the GI Bill to pursue their academic dreams and rebuild their lives after the war. That year, 80% of enrolled students petitioned in support of a $12 fee to help finance the construction of a new student union that would also serve as a veterans memorial. Gov. William Lee Knous issued a proclamation later that year to say, “The memorial center at the University of Colorado shall be the official state memorial to those who served and to those who died in these great wars to preserve our democratic freedom.”

On Nov. 11, 2013, Gov. John Hickenlooper re-dedicated the UMC as Colorado’s official living memorial to honor the service and sacrifice of the Centennial State’s military veterans.

“I encourage you to take a moment to consider the debt of gratitude we owe our veterans. Without their service and dedication to our nation, our freedom and liberties would not be as secure as they are today,” Chancellor DiStefano said while delivering opening statements at the University Memorial Center (UMC), which serves as the state’s official veterans memorial.

“With so much attention focused on things that divide us, it’s far too easy to overlook something that should unify us—our gratitude for the sacrifices of those still serving, and those who have served selflessly in our armed forces,” the chancellor said.

DiStefano said CU has made significant investments in support of more than 1,000 student veterans, their families and dependents.

One of those investments is the campus’s Office of Veteran and Military Affairs. Since 2013, the office’s full-time staff has increased to eight, which includes a veteran-focused academic adviser and professional math and physics tutors.

“The leadership and life experience that our student veterans bring to the classroom and our campus community is a significant contributing factor in CU Boulder’s current and future success,” DiStefano said. “One of the highlights of my job is to support this outstanding group of young Americans at CU Boulder.”

During his keynote address, Rear Admiral Marcus Hitchcock, director of strategy, plans and policy at the U.S. Space Command, reminded the audience that Veterans Day is the one day in November that the nation embraces “the gentle heroes of our nation’s wars,” including those serving today across the globe.

He asked all to honor those who chose to “pay the highest price, what Abraham Lincoln called the ‘last full measure of devotion’—to defend America.”

“Our nation’s veterans often quietly serve without the hope for or expectation of gratitude,” Hitchcock said. “For generations, Americans have answered the call to serve in our armed forces. The brave patriots who have worn the uniform of the United States selflessly place the concerns of the nation above their own.”

A U.S. Naval Academy graduate and naval aviator, Hitchcock served during Desert Storm and Operations Iraqi Freedom and Enduring Freedom and received the Legion of Merit, the Distinguished Flying Cross and the Bronze Star.

This year, the university etched the names of two more Colorado veterans to the glass wall in the Veterans Memorial Lounge at the UMC: Sgt. First Class Will D. Lindsay, of Cortez, Colorado, and Gunnery Sgt. Scott A. Koppenhafer, of Mancos, Colorado, who both died this year while serving their country.

As in past years, the campus color guard’s presentation of the flags lent a note of solemnity and hushed reverence to the event, led by Sgt. First Class Kevin Marquardt. This year’s co-hosts were UMC Board Chair Brandee Lantz, and Veteran Student Association President Josh Sloat. 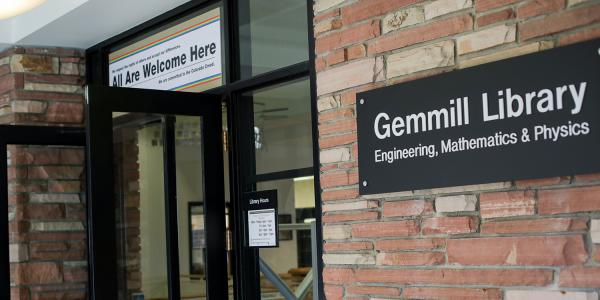 The University Libraries have reopened the Gemmill Engineering, Math and Physics Library as of Aug. 10. Gemmill Library will be open to CU Boulder affiliates from noon to 5 p.m. Monday through Friday. END_OF_DOCUMENT_TOKEN_TO_BE_REPLACED 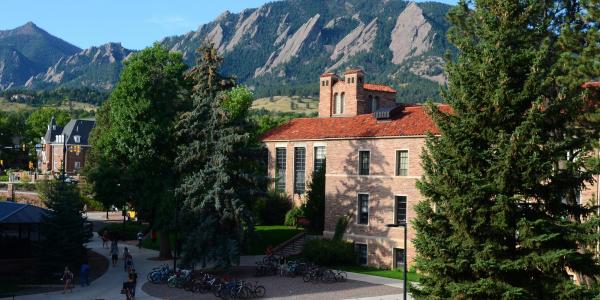 A new partnership among CU Boulder, the Jeffco Schools Foundation, The Ball Foundation and other industry and individual donors will leverage Colorado Opportunity Scholarship Initiative funding to provide more than $860,000 in scholarships to Jefferson County students who want to attend college. END_OF_DOCUMENT_TOKEN_TO_BE_REPLACED 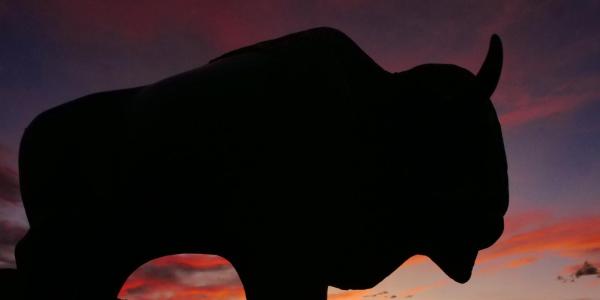 Applications for the tuition assistance benefit for the fall 2020 semester are now open. Don’t miss the application and course registration deadlines. END_OF_DOCUMENT_TOKEN_TO_BE_REPLACED
Return to the top of the page