A new Boulder research facility launching this week will take a deep look at materials that may one day become a critical component of superconducting quantum computers.

The facility, called the Boulder Cryogenic Quantum Testbed, is a joint effort of Google, the National Institute of Standards and Technology (NIST) and CU Boulder. It’s housed in JILA on the CU Boulder campus and will serve researchers from across the country working to design the latest superconducting quantum circuits.

The goal of the non-profit enterprise is to create a center where researchers can probe and compare the performance of a type of material called dielectrics using standardized tools and experimental protocols.

The project represents a big step for researchers who study how to take precise measurements, a field called metrology.

“The testbed fits Boulder very well,” said Stephen ONeil, the executive director of the CUbit Quantum Initiative at CU Boulder. “It is quantum, which is a local emphasis; it relies on precise metrology, which is a Boulder strength; and it picks up both CU Boulder and NIST’s interests in getting research started in the direction of practical applications.”

“We are very excited about the Google/CU/NIST partnership to help advance quantum computing research in the U.S.,” said Thomas O’Brian, chief of NIST’s Quantum Physics Division. “The U.S. has made quantum information science a national priority to advance research, technology development, training and the economy in all things quantum. This new program is an excellent example of how an industry, university and government partnership can advance all of these goals.”

“We're delighted to be working with CU Boulder and NIST. It made perfect sense given the local talent and the heritage for precision metrology in Boulder,” said Josh Mutus, a senior research scientist at Google. “The output of the testbed will be open to everyone, through our online repository and future publications. We hope to be a resource and a forum for the community of quantum computing, from students just beginning their careers to researchers everywhere who want to measure the performance of superconducting materials.”

Quantum computers, including those based on superconductors, could one day become one of the most important building blocks of that emerging economy.

That’s because superconducting materials, which are often made of out metal, are a promising platform for quantum electronics. Under ideal circumstances, electrical currents could zip around a superconductor for years without encountering any loss in energy.

“Superconducting materials used in quantum computers must be extremely cold,” ONeil said. “Typically, less than a degree above absolute zero.”

In practice, however, these superconducting circuits experience losses that limit their performance. That’s where the new facility comes in. The main feature of this testbed is an instrument called a dilution refrigerator, which can cool superconducting quantum circuits down to those temperatures and do it in a reliable way.

“It’s a way to determine which of these materials see low amounts of energy losses, and how we can develop new materials that we expect to increase the performance of our circuits,” said Corey Rae McRae, director of the testbed.

In other words, the lab will allow scientists to probe the efficiency of new designs for superconducting quantum circuits, said McRae, a postdoctoral researcher at CU Boulder and NIST.

Once the testbed is online in early 2020, researchers from across the country, including from companies and universities, will be able to send in their materials and superconducting devices for testing. They will also be able to compare their results with those from different labs through an online repository on the platform GitHub.

McRae and her colleagues hope that the facility will accelerate the development of quantum computers. Experts say that such machines, which encode information in “qubits” rather than computing bits, have the potential to be much faster than today’s traditional computers.

“We want to pursue every opportunity to further our engagement with the emerging quantum technology field,” ONeil said. “It's inherently interesting from a basic science perspective; it has potentially huge practical impact; and it's now recognized as a critical national need in a globally competitive environment.”

CUbit is an interdisciplinary initiative to coordinate and advance quantum science and engineering, and to build a strong foundation for novel quantum technologies and their rapid dissemination, application and commercialization. 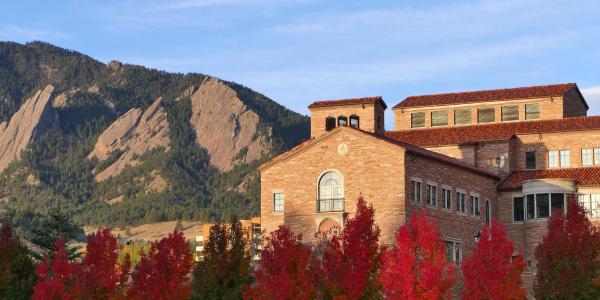 Each year, the Research & Innovation Office, or RIO, requests nominations for the Distinguished Research Lectureship. June 8 is the deadline for submissions. END_OF_DOCUMENT_TOKEN_TO_BE_REPLACED 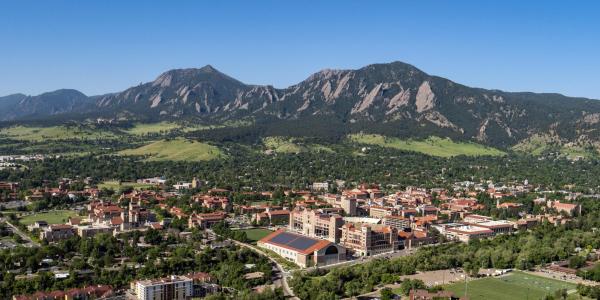 A robust set of COVID-19 mitigation measures, no tuition increase for all undergraduate students and a highly adaptable academic framework highlight the plan to welcome students back to campus in the fall, Chancellor Philip P. DiStefano announced on May 26. END_OF_DOCUMENT_TOKEN_TO_BE_REPLACED 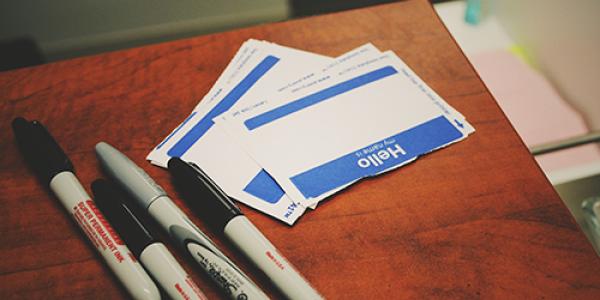 University of Colorado faculty and staff can now select a preferred first name within the employee portal. END_OF_DOCUMENT_TOKEN_TO_BE_REPLACED
Return to the top of the page