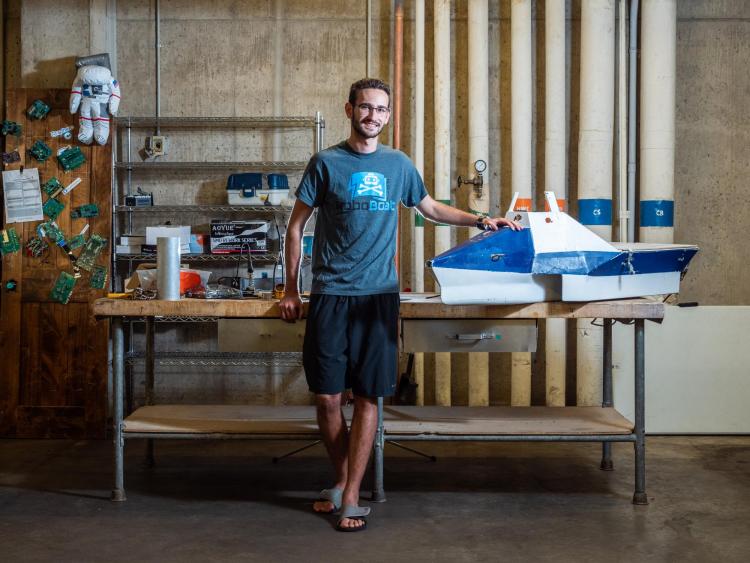 A small team of CU Boulder students designed and built a fully autonomous robotic boat and took it on the road to an autonomous surface vehicle (ASV) competition held June 17–23 in South Daytona, Florida.

The annual robotics contest, sponsored by Robonation, is an opportunity for students to put their ASVs—also called RoboBoats—through a series of open water challenges that simulate real-world boating operations. The competition showcases students’ technical and creative abilities.

Earl Potters, a sophomore in computer science at the CU Boulder College of Engineeering and Applied Science, heads the RoboBoat Club on campus.

This was the first RoboBoat competition for Potters and his teammates, Andrew Zhu in electrical engineering, and Jack Bigiel in mechanical engineering. Technical problems kept them from advancing into the finals.

“It was an amazing experience,” Potters said. “We were very close to getting into the finals, which actually was surprising, because we had problems the whole week and almost couldn’t launch.”

They refurbished a boat used by the 2017 RoboBoat club. It’s 5 long, weighs about 40 pounds, and is made from wood and carbon fiber. The fully autonomous boat is controlled using two thrusters. There is no rudder. They practice at Boulder Reservoir, which is similar to the open water environment of the competition.

The CU Boulder team was one of 13 student teams from as far away as Egypt and Indonesia competing in the 12th annual RoboBoat competition. Student teams design the autonomous robotic boats to navigate and race through an aquatic obstacle course. Once competition starts, they are not allowed to manually control their boats.

Teams were tested on their boats’ design and performance with a focus on innovation, quality of engineering and craftsmanship, as well as their boats’ ability to accomplish specific tasks in the water with no hands-on interaction. Tasks demonstrated the boats’ autonomous ability in a variety of scenarios, including speed, precise navigation through a course in the water, and returning to dock. Teams are given a compass or GPS location to start each course. Using lidar (light detection and ranging) and cameras mounted on the boat, they program their boat to maneuver through the pre-programmed courses.

Competition was held at the lake in South Daytona’s Reed Canal Park. Maneuvering through courses marked by buoys may sound simple, but the boat can veer off course for any number of reasons.

The CU team’s first problem came during the safety inspection held on the first day, when the required red LED light broke and they couldn’t fix it. Their creative solution: mounting a car’s red tail light.

“Our team had three hours before our time slot,” Potters said. “We sat there thinking, ‘What are we going to do?’ That is when I thought, ‘Why not a tailgate?' I drove to the store, bought a tailgate light for our boat and drove back as fast as I could. I ziptied and electrical taped the tailgate like you wouldn’t believe.”

They managed to mount the tailgate light onto the boat and got it into the water just in time to qualify.

Most of the teams had already competed in ASV competitions and they had at least four members. One team had 13 members.

“We were very understaffed,” Potters said. “Our boat didn’t have complex dedicated electronics the others boats had. There were teams that were very well prepared, but they had problems they couldn’t easily fix because their systems were so complex and static. Ours were so simple, when something broke, it was fairly easy to fix or replace. But we had several.”

There are a number of benefits of participating in the RoboBoat competition. Students can connect with industry leaders and interact with students from around the world. And competing can raise the profile of the university. The boats’ maneuvers mirror tasks developed for port security, coastal surveillance and other types of oceanographic operations.

During his first semester at CU, Potters joined several robotic clubs, including RoboSub, Robotic Mining Club and Quadra Copter. At the time, the RoboBoat Club was inactive. Potters restarted the club and wants to grow membership.

Students from all majors and disciplines are welcome to join the RoboBoat Club. More information on the club can be found on its website, and to help support the team’s efforts to attend the 2020 International RoboBoat Competition, you can visit the team's crowdfunding page. 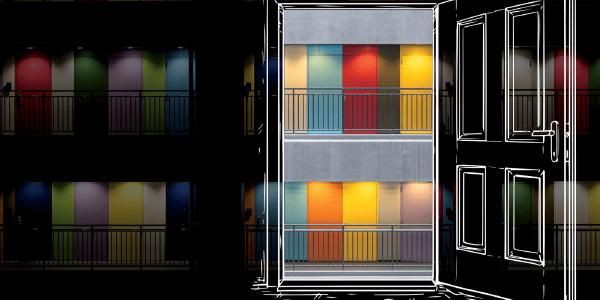 While the COVID-19 pandemic has been restrictive and isolating, students have sought stronger, inclusive communities and used creative means to generate understanding and connection with others in need. Here are three students who strive to make their communities stronger. END_OF_DOCUMENT_TOKEN_TO_BE_REPLACED 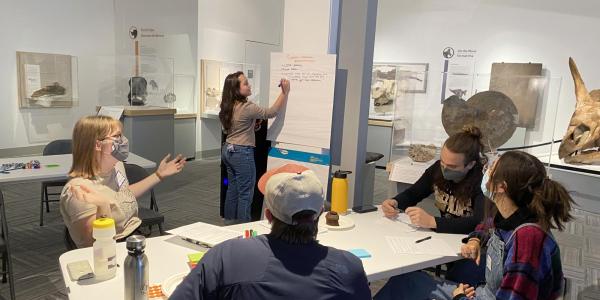 As inherent learning environments and places for young adults to embark on professional pathways, universities have special opportunities to help today’s young adults cultivate skills that can help positively impact the world. END_OF_DOCUMENT_TOKEN_TO_BE_REPLACED 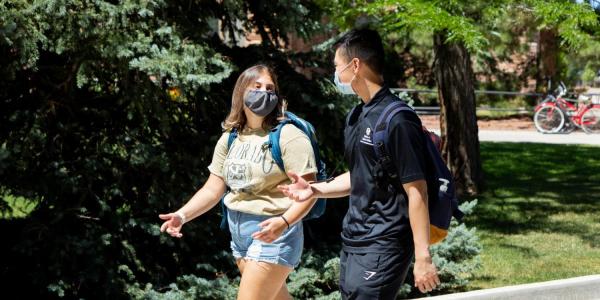 Buff to Buff: Tales of finding community on campus

Three current Buffs share their stories—the obstacles they faced, the experiences they had, the lessons they learned and the benefits of getting involved and finding community on campus. END_OF_DOCUMENT_TOKEN_TO_BE_REPLACED
Return to the top of the page