Butterflies in the stomach, dry mouth and sweaty palms are just some of the telltale symptoms of glossophobia—the fear of public speaking. It’s a fear shared by millions of people, from students to actors to corporate executives.

But don’t worry if you think you might be glossophobic. You’re not alone. Even people who have jobs involving public speaking sometimes need a little help.

Their work with CSF mostly involves fine-tuning Shakespearean accents and dialects, but Foh and Parker also coach skills applicable to everyone, not just those delivering monologues to their star-crossed lover.

As Shakespeare wrote in As You Like It, “All the world’s a stage.” Foh and Parker shared seven strategies to help you nail your next performance.

A speech can start to go wrong—or right—long before you ever take the stage. Preparing days or weeks in advance boosts confidence and helps calm your nerves during a big speech.

“If you’ve rehearsed your speech a couple times, it’s very likely you’ll walk into the room with a lot more confidence in what you have to deliver,” said Parker. “Rehearsing means not only practicing the words, but practicing the delivery.”

The Colorado Shakespeare Festival's 62nd season kicked off on June 7 and will run through Aug. 11.

The 2019 season includes productions of Twelfth Night, As You Like It, Romeo and Juliet, King Charles III and King John.

You don’t have to be an actor or singer to benefit from vocal warmups. Warming up, which can be as easy as singing in the shower or stretching the muscles around your neck and torso, can expand your pitch range as well as improve vocal clarity and power.

“I’d recommend it to anyone who is using their voice publicly or getting ready to speak in front of a large group,” said Foh. “It gives you a better chance of being intelligible and interesting to your audience.”

Most people experience some degree of nervousness before speaking in front of groups. There are many ways to help calm those nerves, including paying attention to gravity and your connection with the floor, taking deep intentional breaths and singling out individual audience members to focus on during the speech.

Be careful with notecards

Committing a speech to memory is often ideal but not always possible. When you don’t have the time to memorize all your lines, notecards can be a necessary and valuable safety blanket. Just be careful not to bury your nose in your notes.

“Notecards are rarely a bad idea, even if they’re just used for reference,” said Parker. “The only time when note cards can become a problem is that they can be a safer place to put your focus and attention than the audience.”

Lead with a joke

Humor can be a useful tool for easing the tension for both the speaker and the audience. With the possible exception of some of the most serious speeches, Foh and Parker agree on the value of a good joke.

“Maybe not at a funeral, but there are very few instances where public speaking isn’t lightened with a nice joke,” said Parker. “A joke reminds everyone that we’re all human.”

Filling moments of thought with repetitive “ums” and “ahs” can be one of the hardest habits to break for a public speaker. Filler words like those can signal a lack of confidence and lead the audience to think the speaker isn’t as passionate or invested as they would hope.

“Give yourself permission to be silent. If you need a moment to gather your thoughts, let it be a silent inhalation or exhalation,” said Foh. “Sometimes those moments of silence or pauses can be scary for a public speaker, but they can be useful for giving the audience a moment to process what the speaker has just said.”

Public speaking should be a refined version of your day-to-day conversations. It’s perfectly natural to use gestures to emphasize a point, but be careful not to distract from your message with unnecessary hand movements. It shouldn’t look like you’re playing charades.

“I think you should be intentional about it,” said Foh. “Gestures are choices that will help facilitate your audience’s understanding rather than taking attention away from the actual language that you are using to communicate your ideas.” 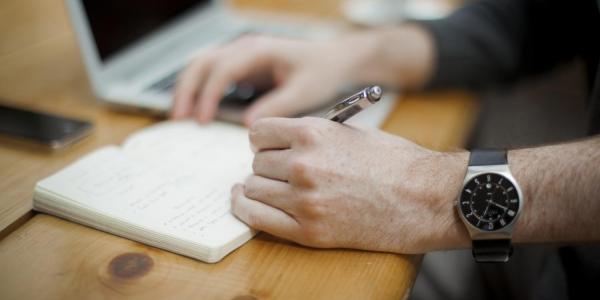 Get tips for starting your industry job search

It’s never too early to prepare for your industry job search. With virtual career fairs coming up, here are some tips to help you get ready. For more job searching tips, attend the Industry Job Search Seminar Series for Graduate Students beginning Feb. 2. END_OF_DOCUMENT_TOKEN_TO_BE_REPLACED 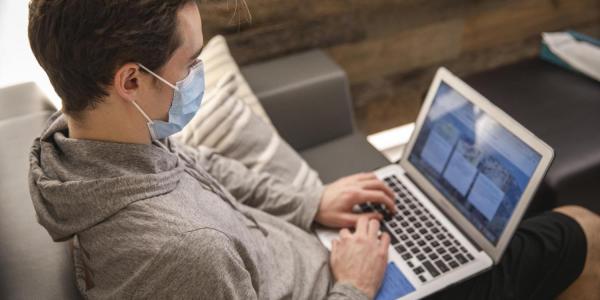 Interested in the health care industry? Here’s what you need to know

Between working as a physician or nurse, or working in public health, there are many career paths in health professions. Here are some steps to take if you’re interested in a career in health care. END_OF_DOCUMENT_TOKEN_TO_BE_REPLACED 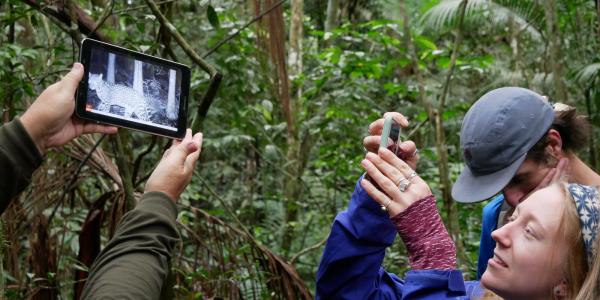 Wait. What? Study abroad at home? We know “virtual” and “study abroad” aren’t an obvious combination, but virtual programs allow for more accessibility, are less expensive and still offer an amazing cultural opportunity and global foundation for your degree. END_OF_DOCUMENT_TOKEN_TO_BE_REPLACED
Return to the top of the page